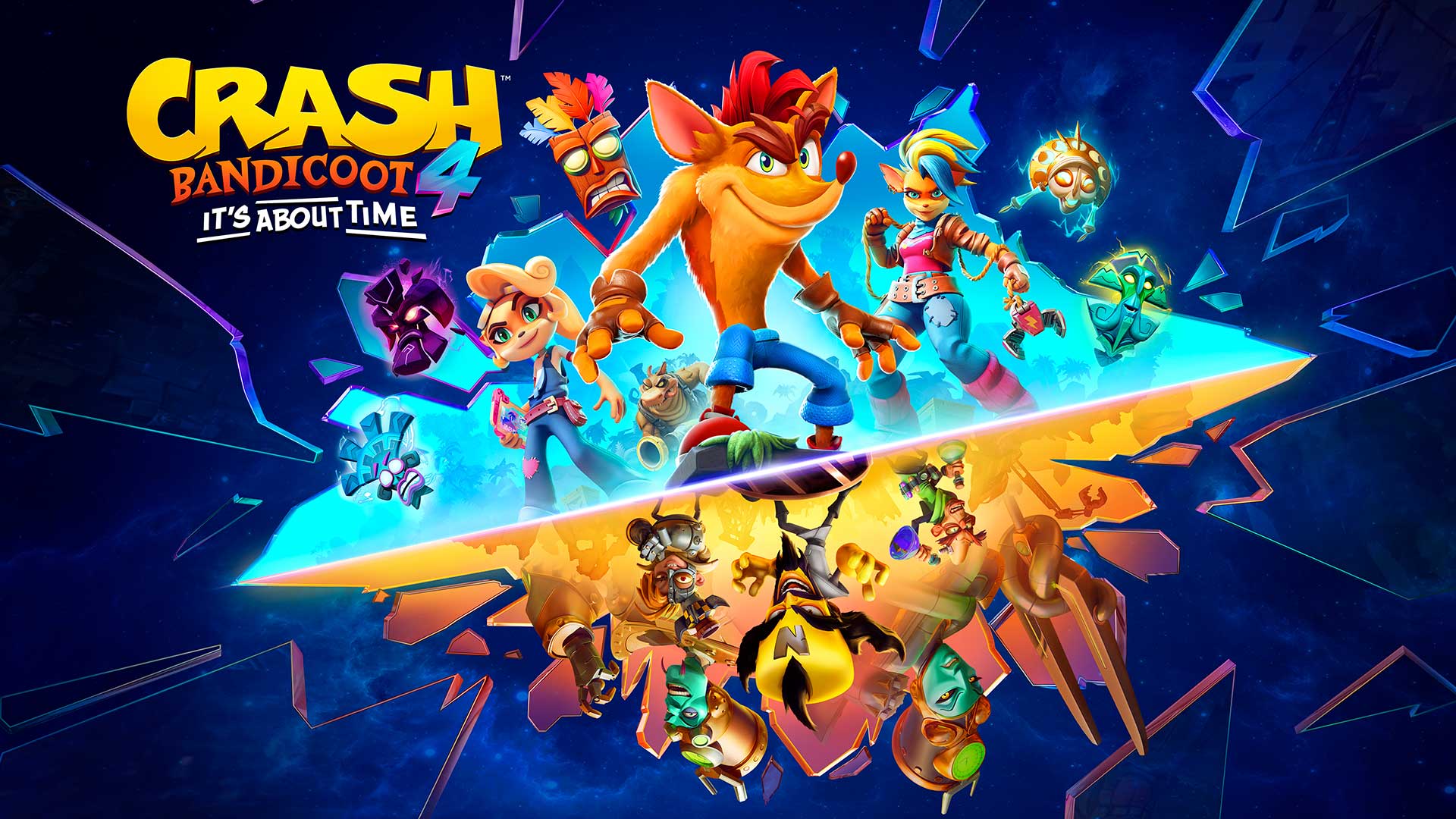 Gear up for Crash’s wackiest, wumpiest adventure yet as Toys for Bob brings Crash Bandicoot™ 4: It’s About Time to PlayStation 5, Xbox Series X|S, and Nintendo Switch, available now, and to PC via Battle.net starting March 26.

Read on for more info about the jump to next-gen systems and Nintendo Switch, including an overview of the game for new players, the new 25th anniversary Bare Bones skins, suggested retail pricing and upgrade info, and more. 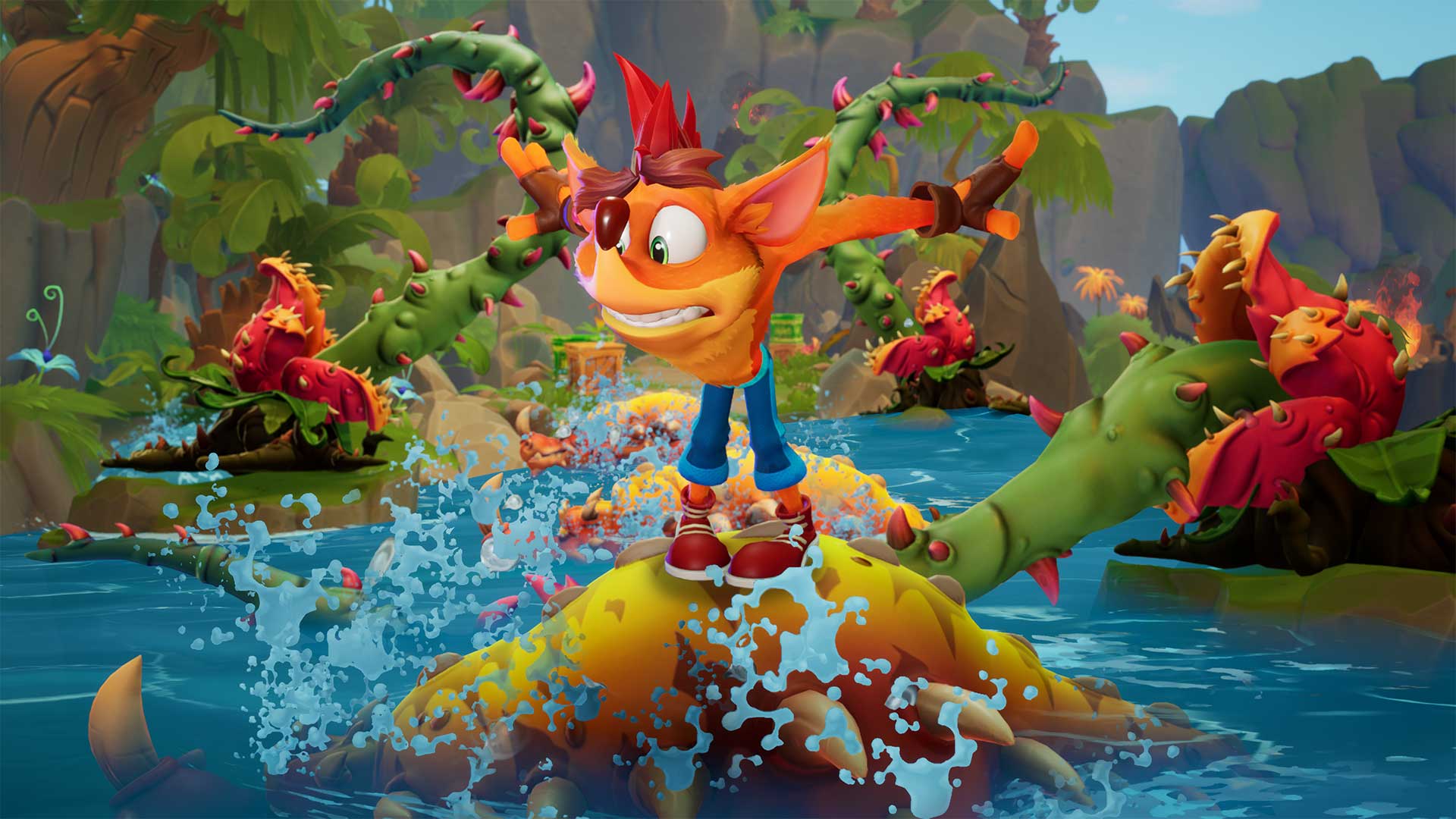 Crash is Back and Better Than Ever

Crash Bandicoot 4: It’s About Time brings back Crash, Coco and friends in their first new installment in over 10 years! In this direct sequel to the original trilogy, nefarious villains Neo Cortex and Dr. N. Tropy have escaped their interdimensional prison, leaving an evil scientist sized hole in the universe. 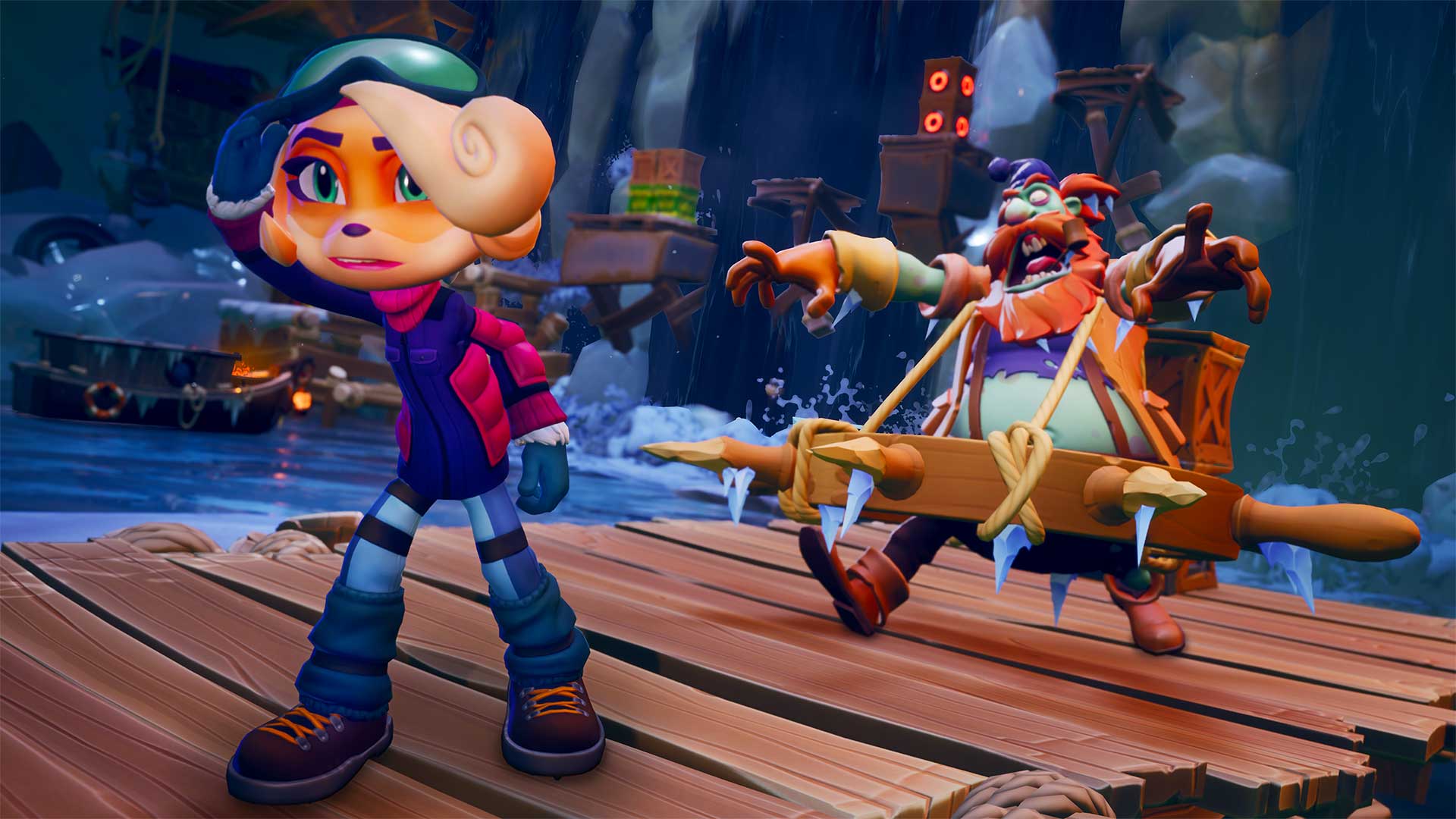 Experience the same over-the-top action platforming the series is known for plus a whole lot more. Don the magical Quantum Masks — guardians of space and time — to gain new abilities and overcome the most dangerous obstacles. Replay past events with different characters like Neo Cortex and the reformed Dingodile in alternate timeline paths. 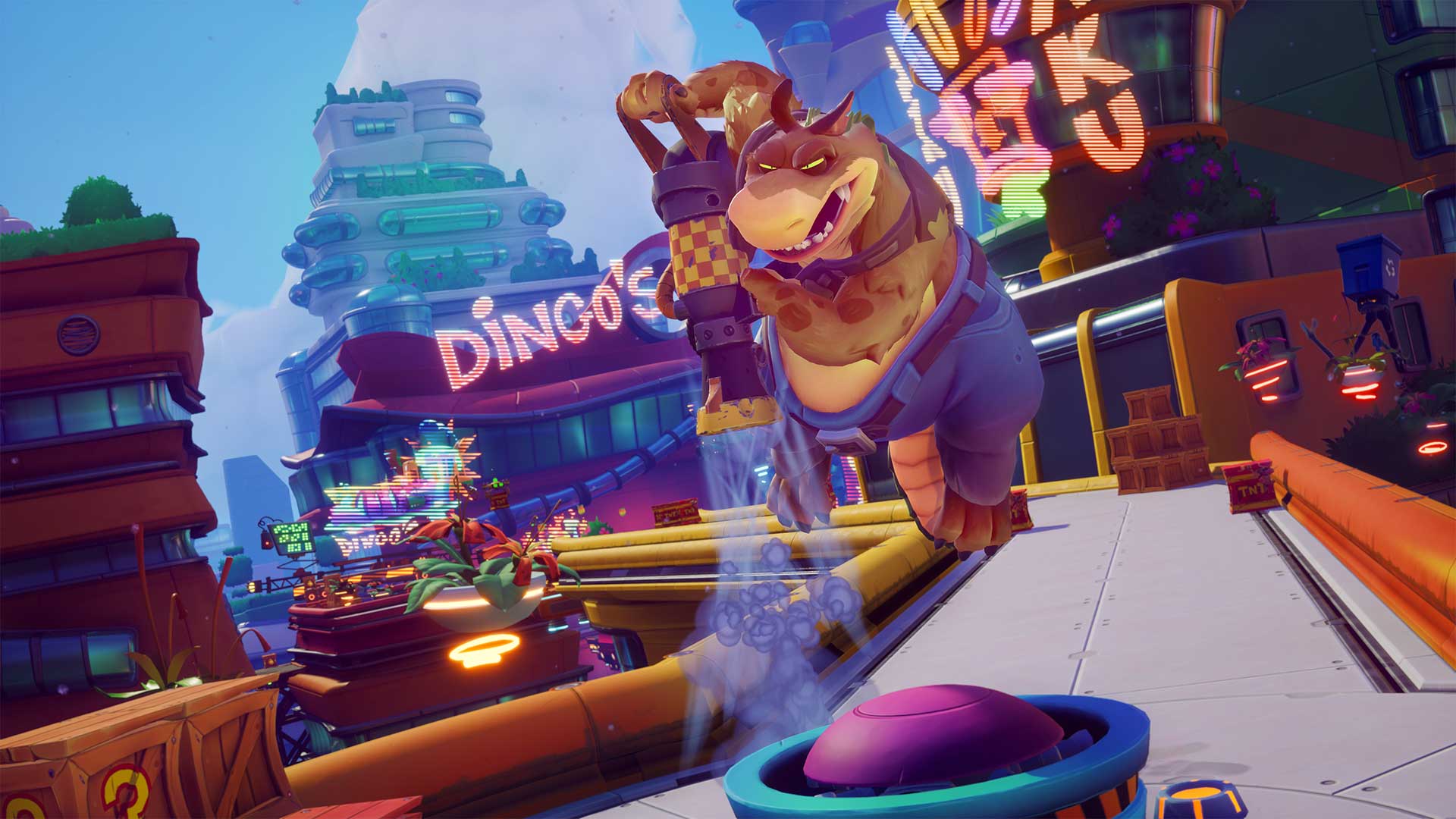 Go back to the ‘90s with Flashback Tapes to encounter the most challenging puzzles, and push your skills to the limit with the new N. Verted mode, a creative twist on the traditional mirror mode featuring new art styles like an old timey film reel or black and white levels that Crash coats with color after every spin.

Do it all in style with earnable skins, and then challenge your friends in Bandicoot Battle. And on next-gen it looks better than ever, featuring enhanced 4K resolution*, faster loading times, and more. 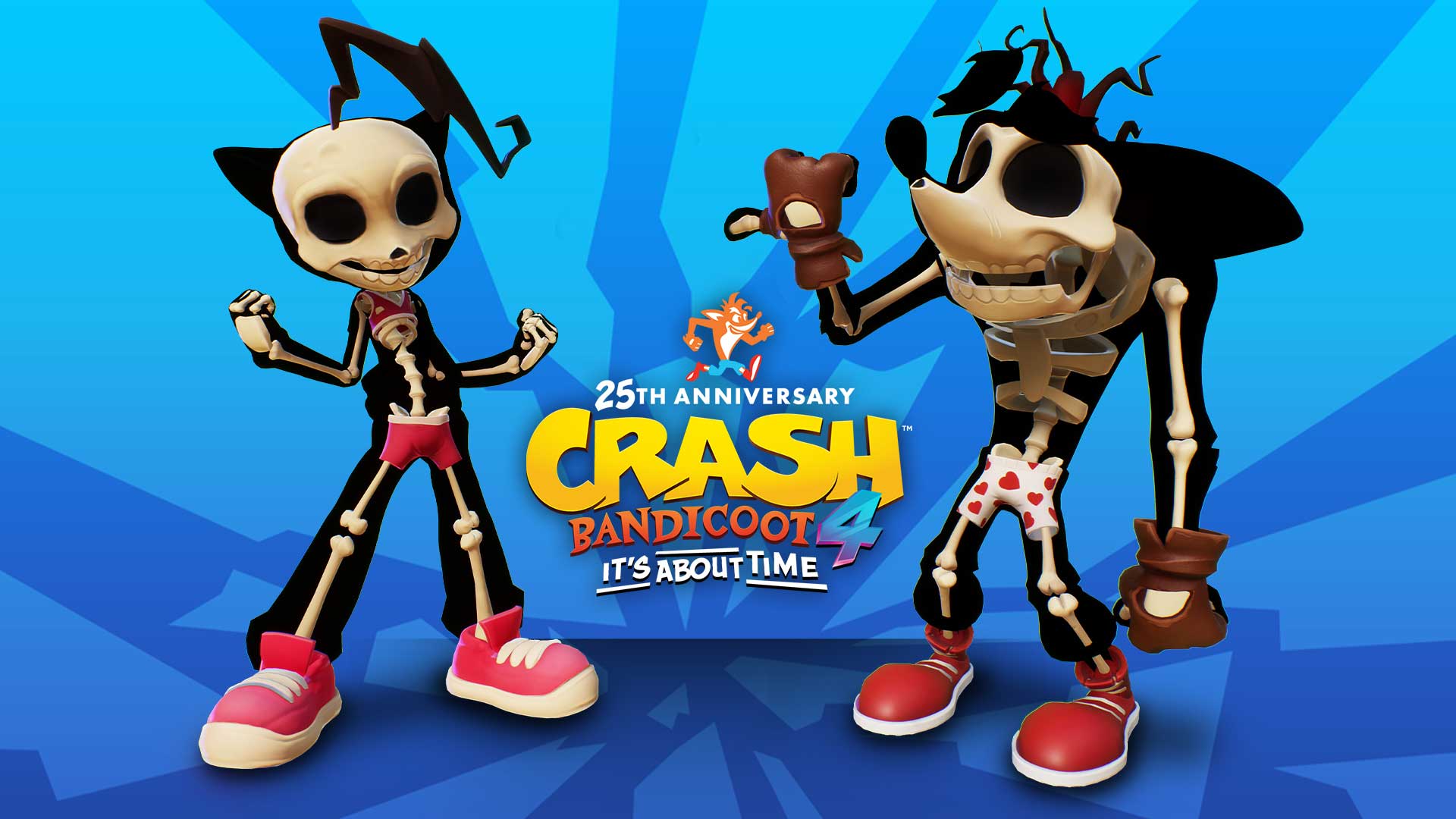 After 25 years of being zapped, spiked, crushed, and splattered, it’s time Crash and Coco got something for their efforts, both failures and successes. To celebrate their silver jubilee, Toys for Bob is gifting the new Bare Bones skins to Crash and Coco, available now for all players upon completion of the game’s second level. Now that’s the kind of death we can all appreciate. 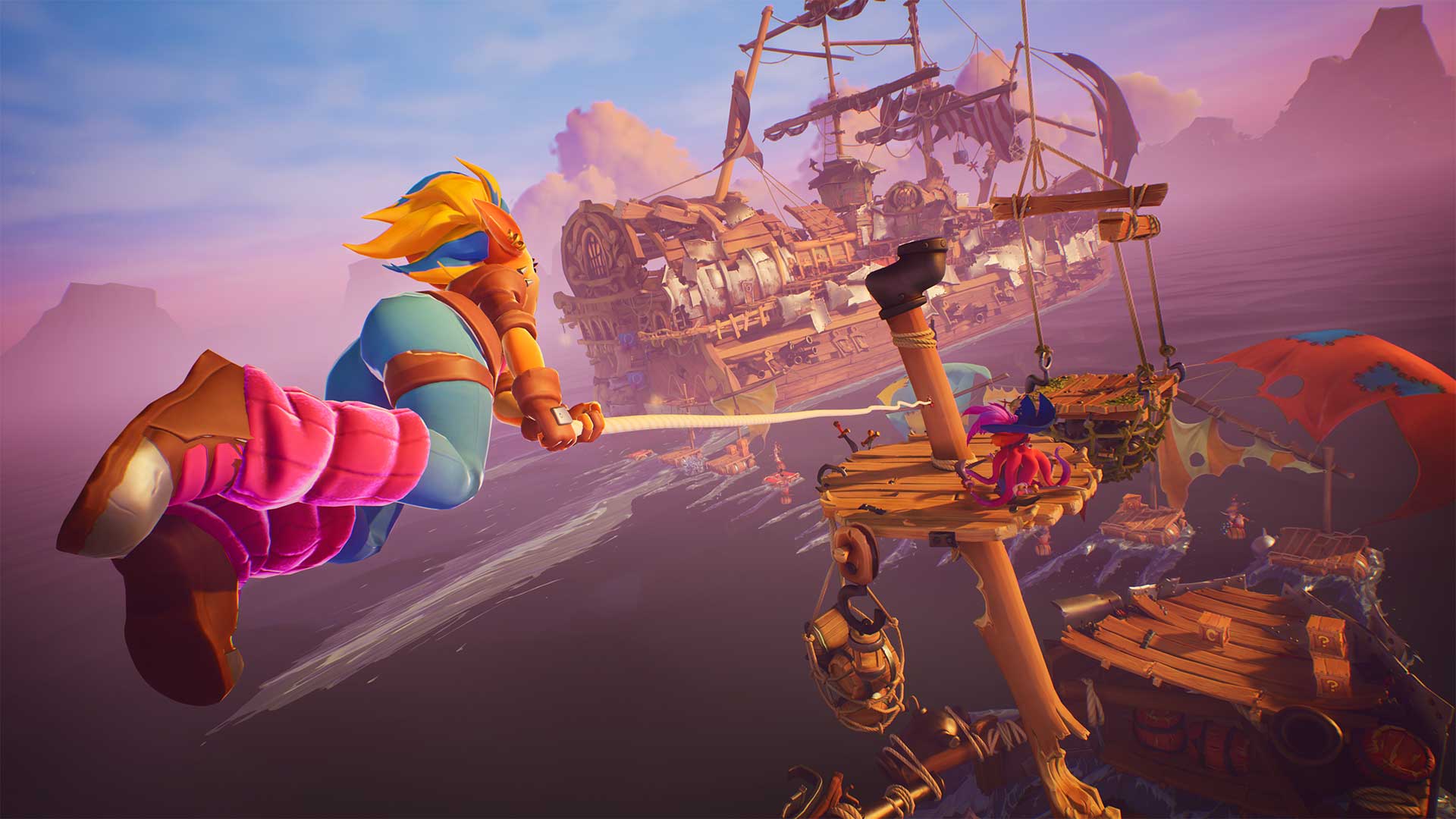 Crash Bandicoot 4: It’s About Time is available on PlayStation and Xbox for a limited time offer starting at a $39.99 SRP at participating retailers**. As a reminder, players who purchase or already own Crash Bandicoot 4: It’s About Time on PlayStation 4 or Xbox One can keep their progress and upgrade to the next-gen version within the same console family at no cost*** (except in Japan). The game is also available now on Nintendo Switch at a $39.99 SRP. Pre-orders are available on Battle.net for $39.99 SRP, and the game will be launching on Battle.net on March 26 at 8AM PDT / 3PM GMT. Anyone who purchases the game digitally will receive the Totally Tubular Skins (available upon completion of the second level), which put Crash and Coco into some digs that show off their radical ‘90s roots.

*PlayStation 5 and Xbox Series X versions will support native 4K at 60FPS, while Xbox Series S versions will upscale to 4K. On PC Battle.net, 4K will be supported based on players’ PC specs; framerate is uncapped, and the game will run at 60FPS when playing with recommended specs. Internet required on PC. 4K compatible display required for 4K resolution.

***Players who own a disc version of Crash Bandicoot 4: It’s About Time must own a next gen console that has a disc drive to upgrade. For full details, visit the FAQ page.