Infinite Warfare is live once again this weekend so you can get your hands on the multiplayer experience!

After a ton of stress testing last weekend with Call of Duty: Infinite Warfare Beta, we’re diving back in this weekend with even more players. Infinity Ward wanted to maximize the matchmaking and multiplayer data they could take into launch, so the Beta is now open to everyone on the PlayStation 4 and to players who have pre-ordered on the Xbox One as well. Get online and let us know what you think!

Additionally, Infinity Ward is adding a bunch of new content to ratchet the action up even higher. They will be keeping a few surprises up their sleeves to drop throughout the weekend, so make sure you play now through Monday at 10am PDT (5pm GMT) to get the full experience.

We can shed some light on one of those surprises. Anyone who plays the Call of Duty: Infinite Warfare Beta will receive an animated calling card in their inventory when the game launches. Take a look:

Here’s a look at some of the new Maps, Rigs, Modes and more that you can find in the Beta this weekend.

MAPS
In addition to Frontier, Frost, Throwback and Precinct, this weekend will also allow players to get their hands on a classic, reimagined map, Terminal.

COMBAT RIGS
All of the Combat Rigs are available this weekend, and here’s a quick look at the rigs you can unlock at higher ranks: 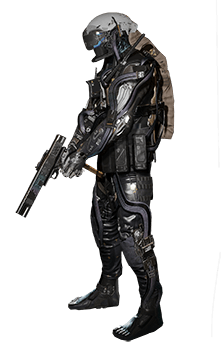 FTL Utilizes cutting-edge stealth military technology to gain a tactical advantage in combat. Gets you up close and personal. 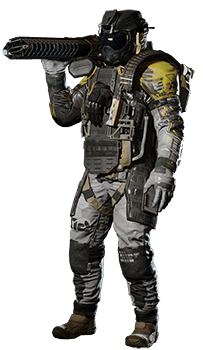 STRYKER For tactical focused players, the Stryker rig is equipped with gear for area control and squad support. 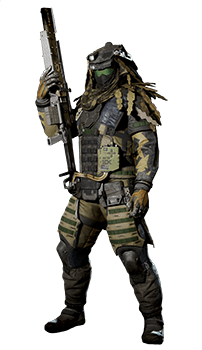 PHANTOM Specializing in concealment and long-range engagements, the Phantom Rig is designed for the ultimate stealth sniper.

Please note that Payloads and Traits are unlocked via progression and therefore not all may be available during the Beta.

MODES
Last weekend players were able to jump into fan favorite game modes like Team Deathmatch, Domination, Kill Confirmed, along with the new Defender mode and the surprise addition of Gun Game. This weekend, Infinity Ward is introducing another brand-new mode.

We wanted to share some fun stats with you from the first Beta weekend, and we expect these numbers to skyrocket even further this weekend.

What Rig and loadout will you choose? Jump into the Call of Duty: Infinite Warfare Beta right now and find out! See you on the field, soldier!

For more intel about the Call of Duty: Infinite Warfare Beta, be sure to visit CallofDuty.com/beta and follow @CallofDuty and @InfinityWard on Twitter.