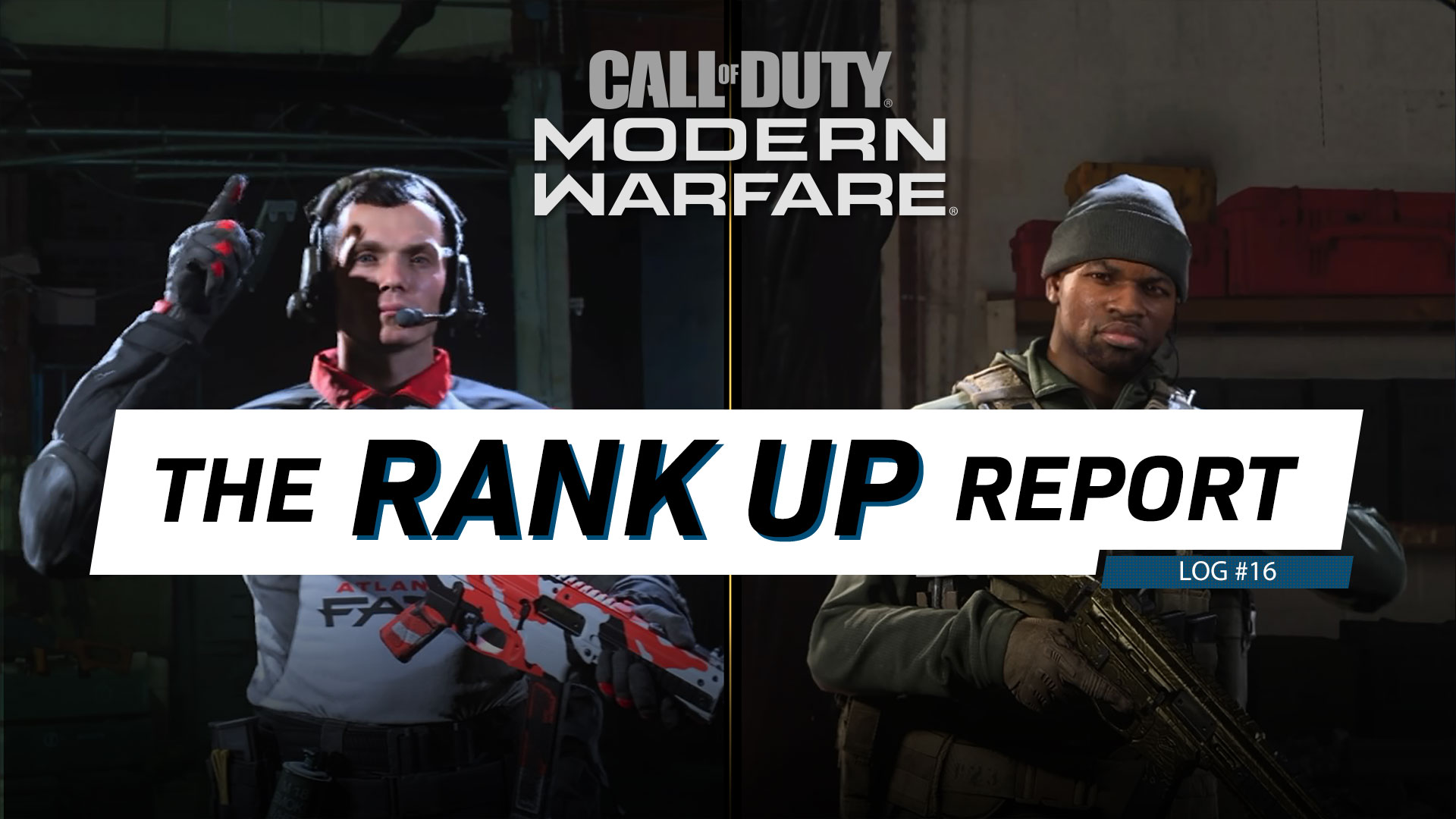 Season Two came with more than just a new Battle Pass, weapons, maps, and bundles; it came with two significant updates to loadouts.

But first, a word on my Operators: this week, I’m showing off Thorne’s Night Raid outfit, which is unlockable by purchasing the Battle Pass and completing his Operator Mission. Not many people notice Throne’s new digs due to a certain… Ghostly figure.

1. Get 15 Kills using Shotguns with Thorne as your Coalition Operator

Small maps are your friend when using shotguns, which excel at short range.

2. Play 2 Team Deathmatch Games with Thorne as your Coalition Operator 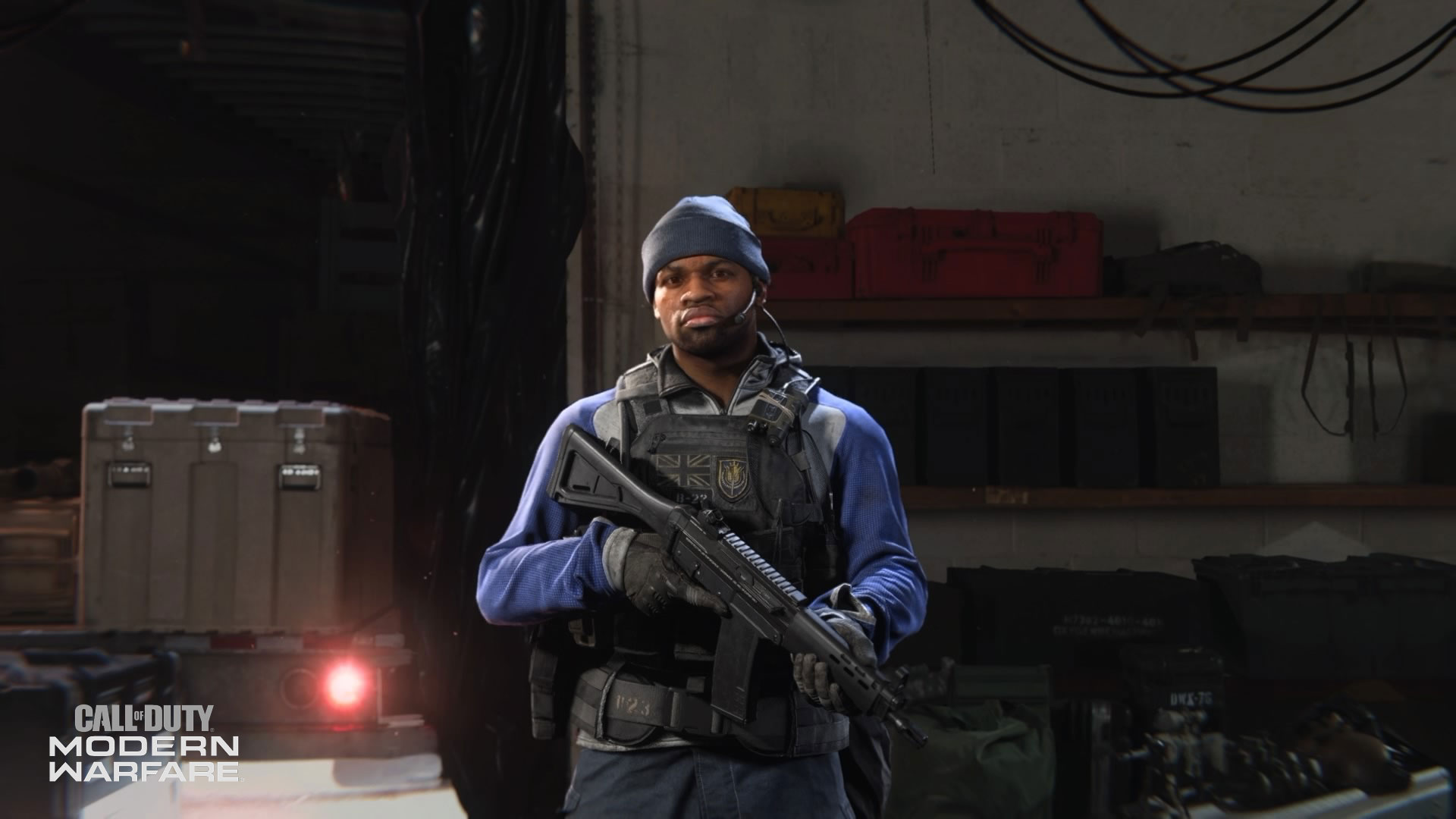 Try teaming up with the squad for some company while you complete this quick and easy objective.

3. Call in 5 Killstreaks with Thorne as your Coalition Operator

The simplest approach is to use Hardline and either the Personal Radar or Shield Turret, which can be earned by only getting two kills in one life with this method.

4. Run over 3 enemies using vehicles with Thorne as your Coalition Operator

The best in the business already know how this can be done: get into Ground War, hop in an ATV or Tactical Rover, and get up to ramming speed before turning an enemy into roadkill. 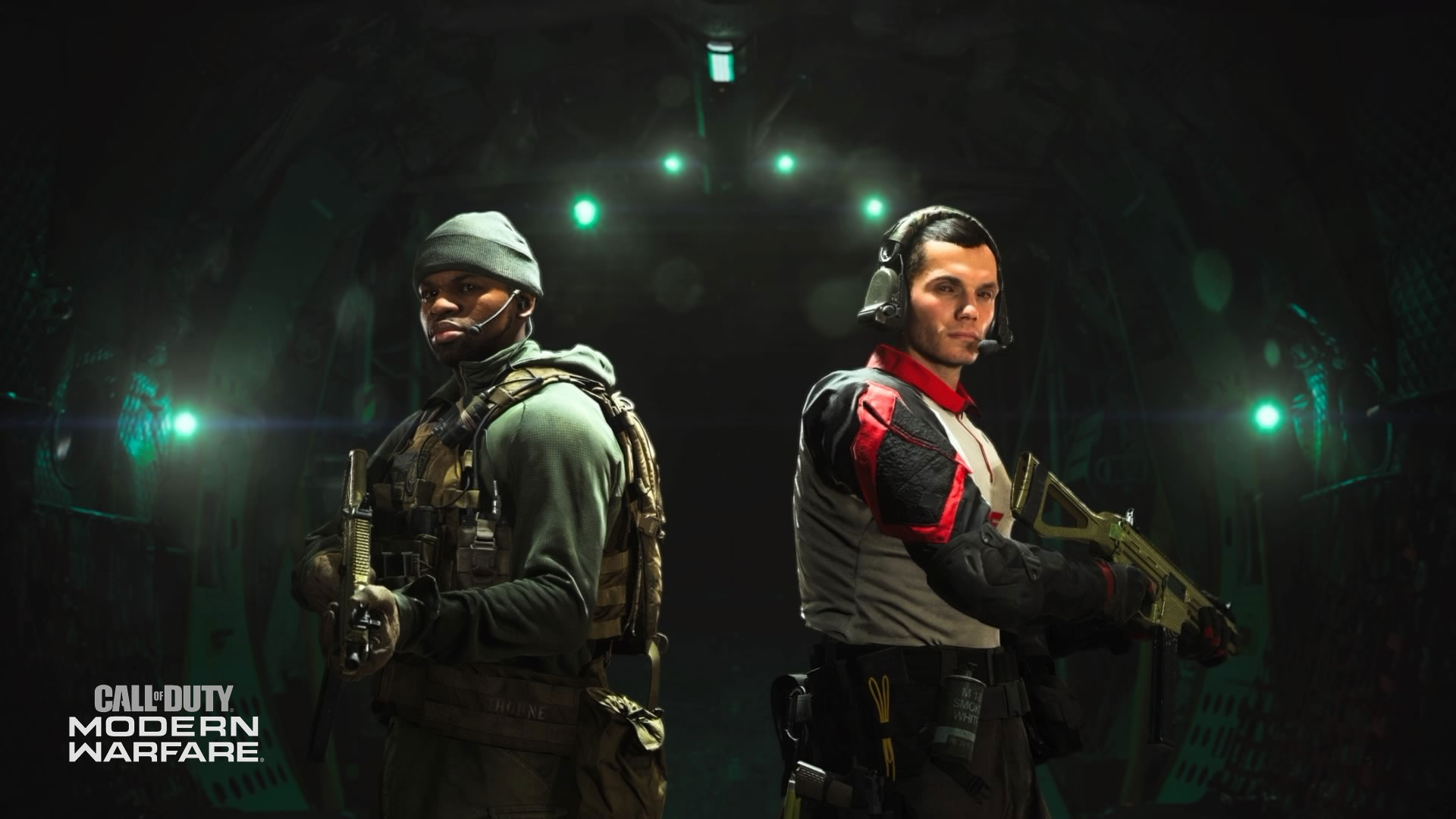 The other Operator I’m highlighting is Rodion, who is rocking the Atlanta FaZe gear in support of the Atlanta Home Series this weekend. Be sure to watch it at https://www.youtube.com/codleague on February 22 and 23 starting at 11:30 AM EST / 8:30 AM PST.

What weapons are my two Operators holding, you ask? Well, it just so happens to be the new Striker-45 SMG decked out in Platinum. 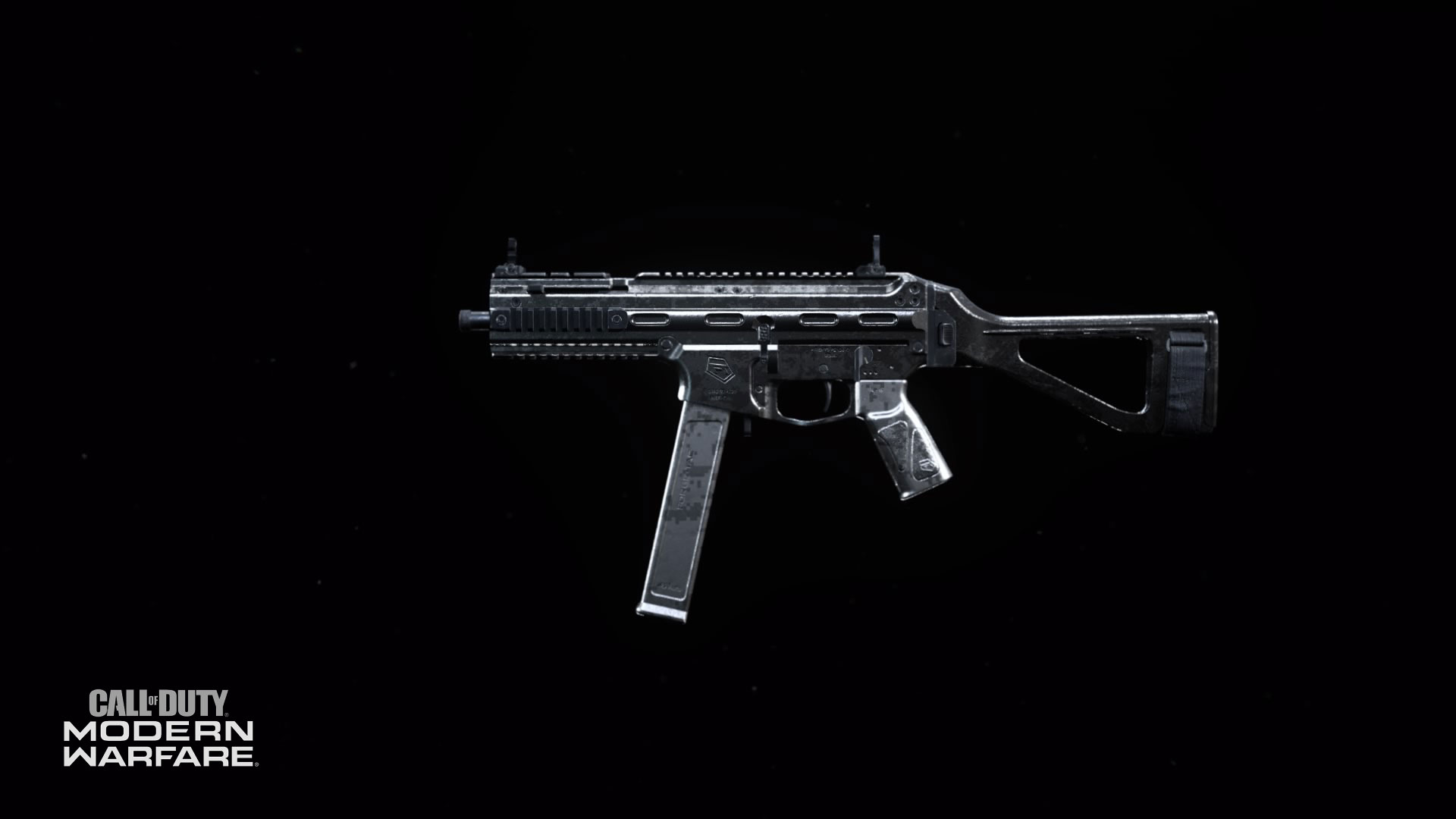 Yes, I unlocked this camo for all my SMGs in Modern Warfare, just in time for this new addition to the category. Those who want to join me on this road to Damascus should definitely do so this coming weekend, as Double Weapon XP will be turned on, making it a bit easier to rank up those weapons in order to unlock camo challenges.

Here’s my advice for completing every camo challenge for all SMGs, as well as all of the current Allegiance forces who are going to help me show off my favorite variants of each camo: 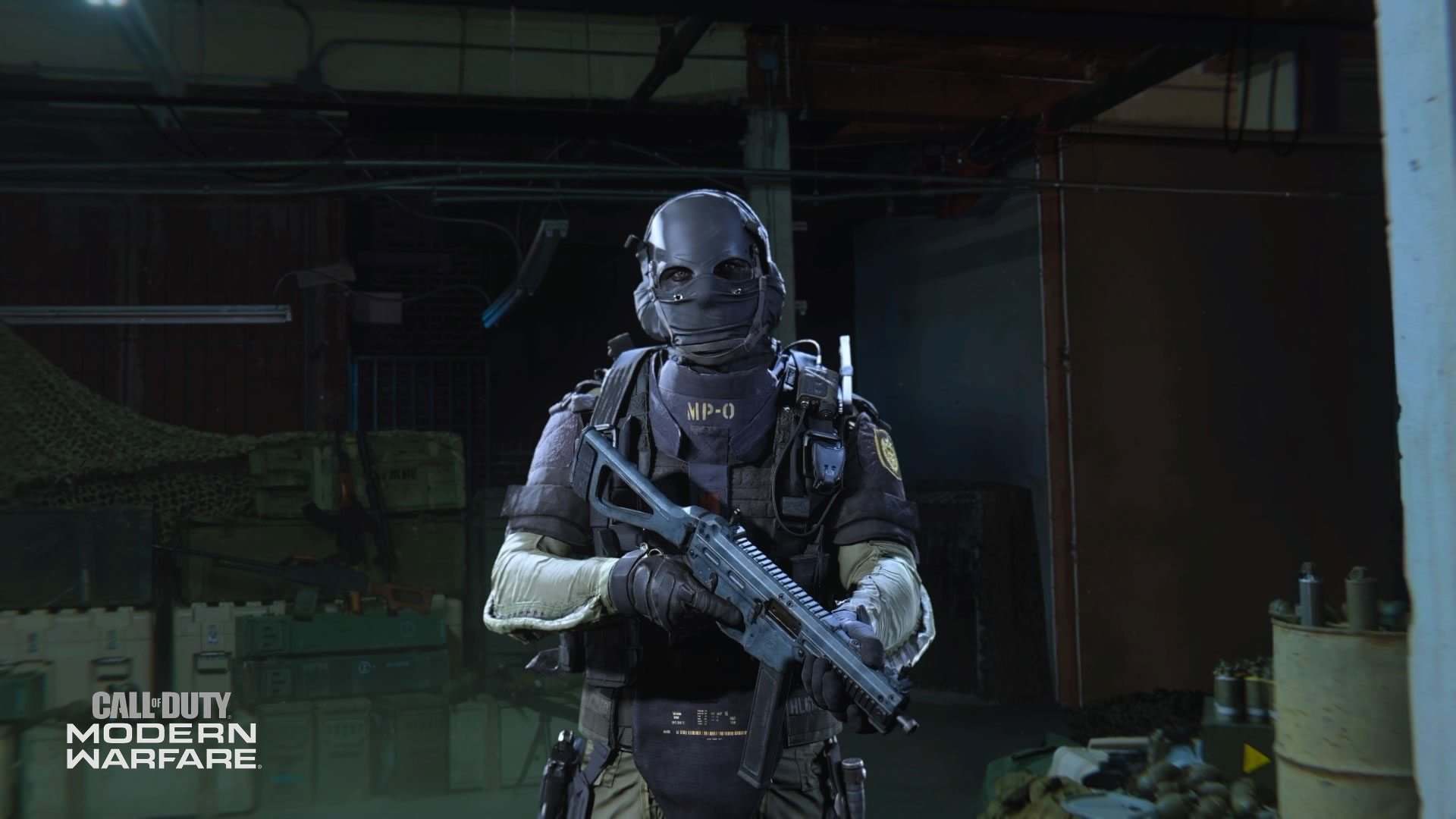 A super simple objective that you’ll complete as you do other Camo Challenges.

Remember: SMGs are built for close-range engagements, as they are fast-firing weapons with low caliber ammunition. 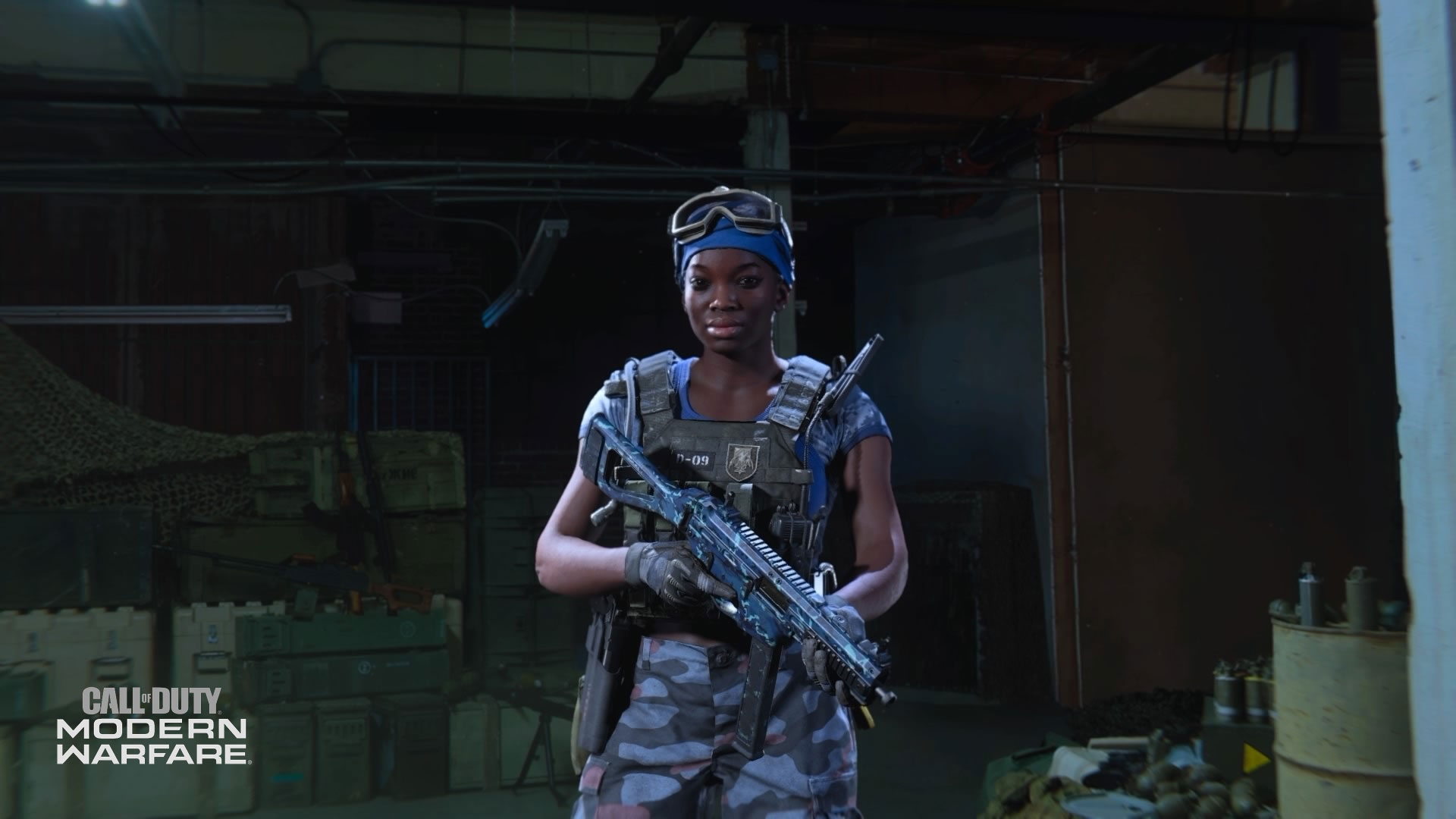 Because SMGs excel at close-range, getting headshots isn’t too hard. Just fire point-blank at the enemy’s face, and all those Woodland camo types will be yours.

Some SMGs do not have a headshot multiplier, so keep that in mind when going for this challenge on all weapons.

Digital – Get kills while Crouching (110) 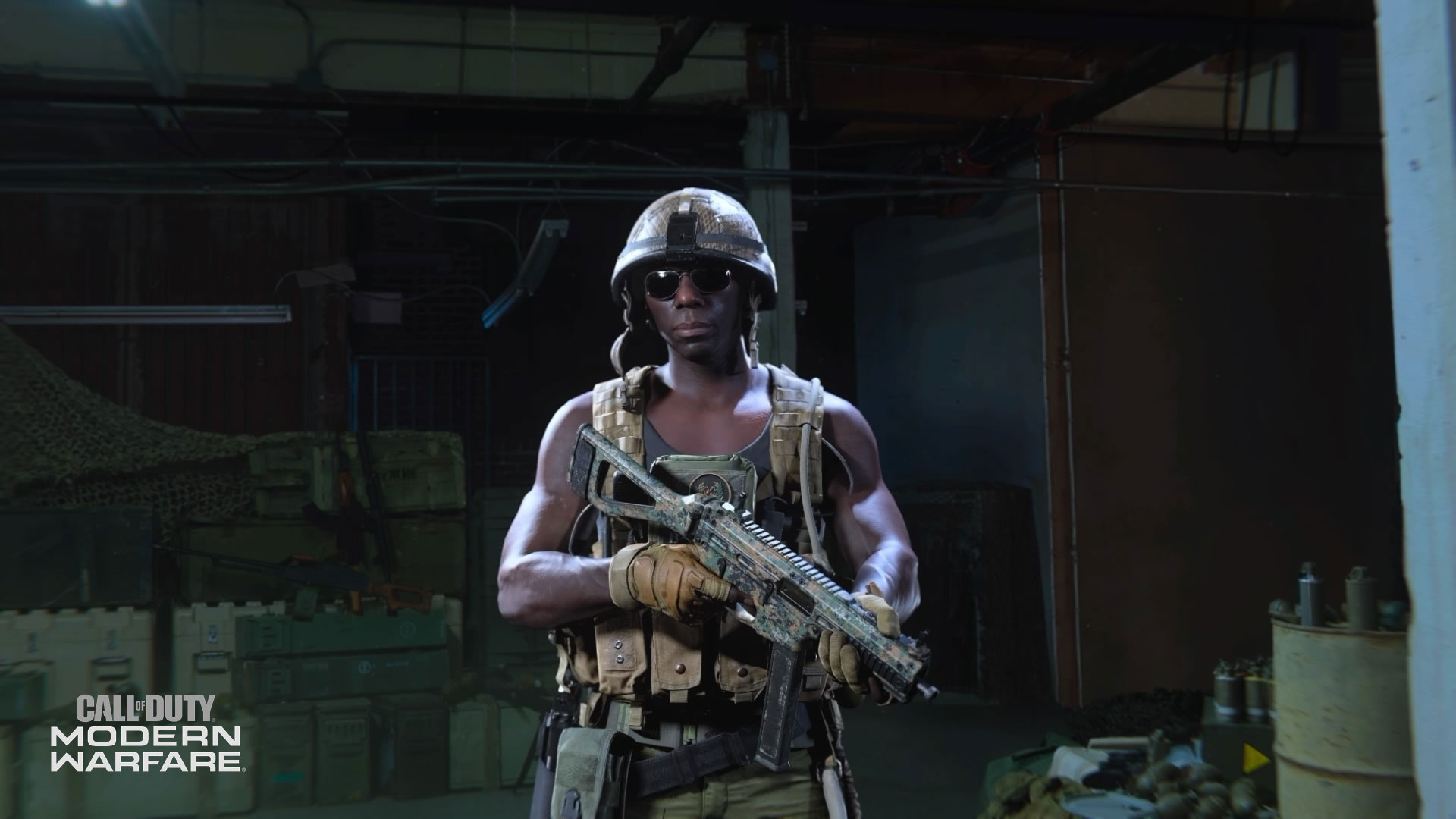 Other than that, make sure your Operator is in a crouching stance, which is shown briefly as silhouette next to your weapon in the HUD as soon as you hit the crouch command. 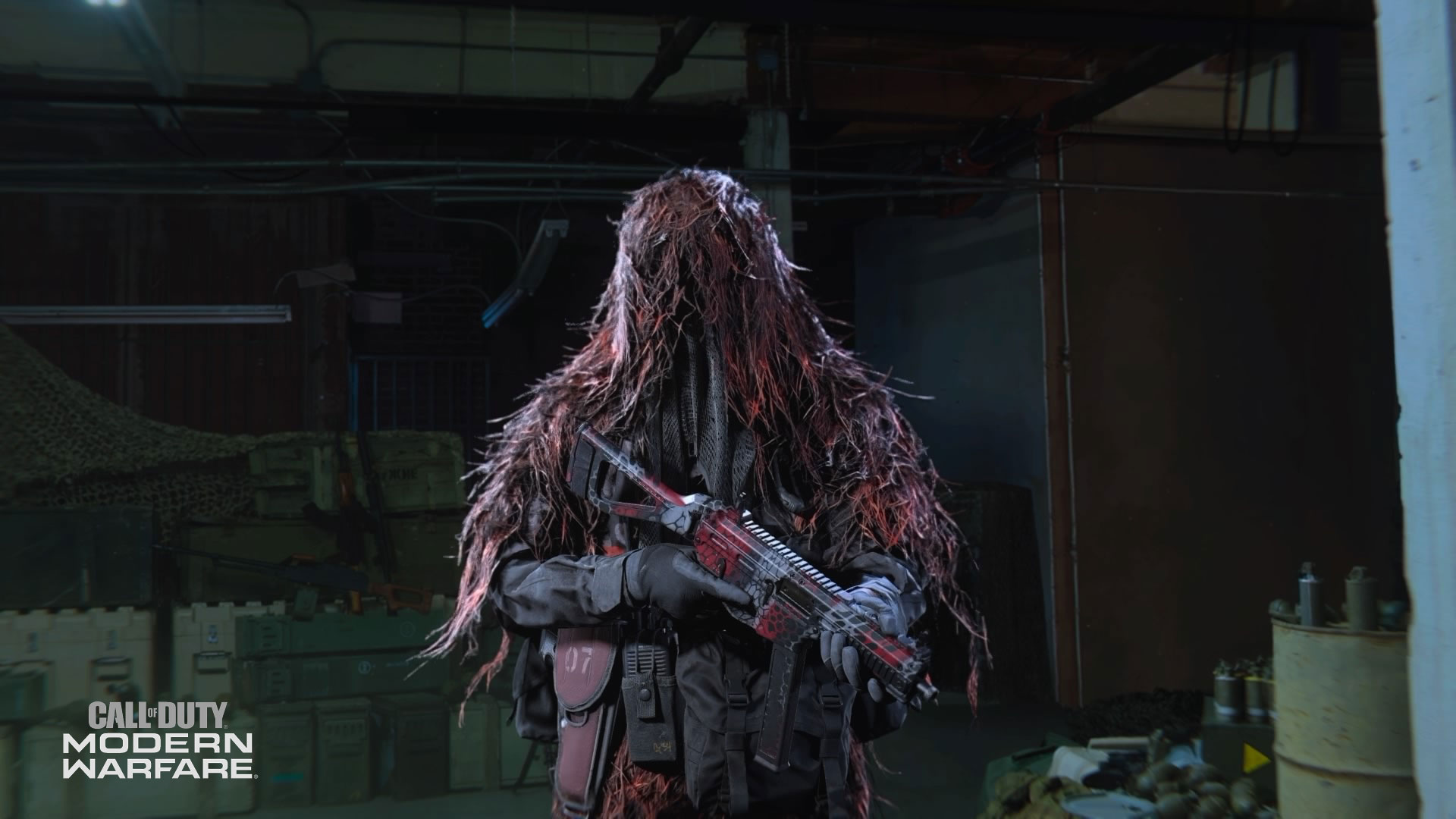 If I didn’t make this abundantly clear, SMGs are one of the few weapon types that are made to be hip fired. Get up close and personal, and you won’t have a need to aim down sights.

When doing so, make the most of those attachment slots by equipping ones that decrease hipfire spread. The best two, in my opinion, are the Merc Foregrip, which also gives a recoil control buff, and the 5mW Laser, which also decreases sprint to fire speed at the cost of this laser being visible to enemies. 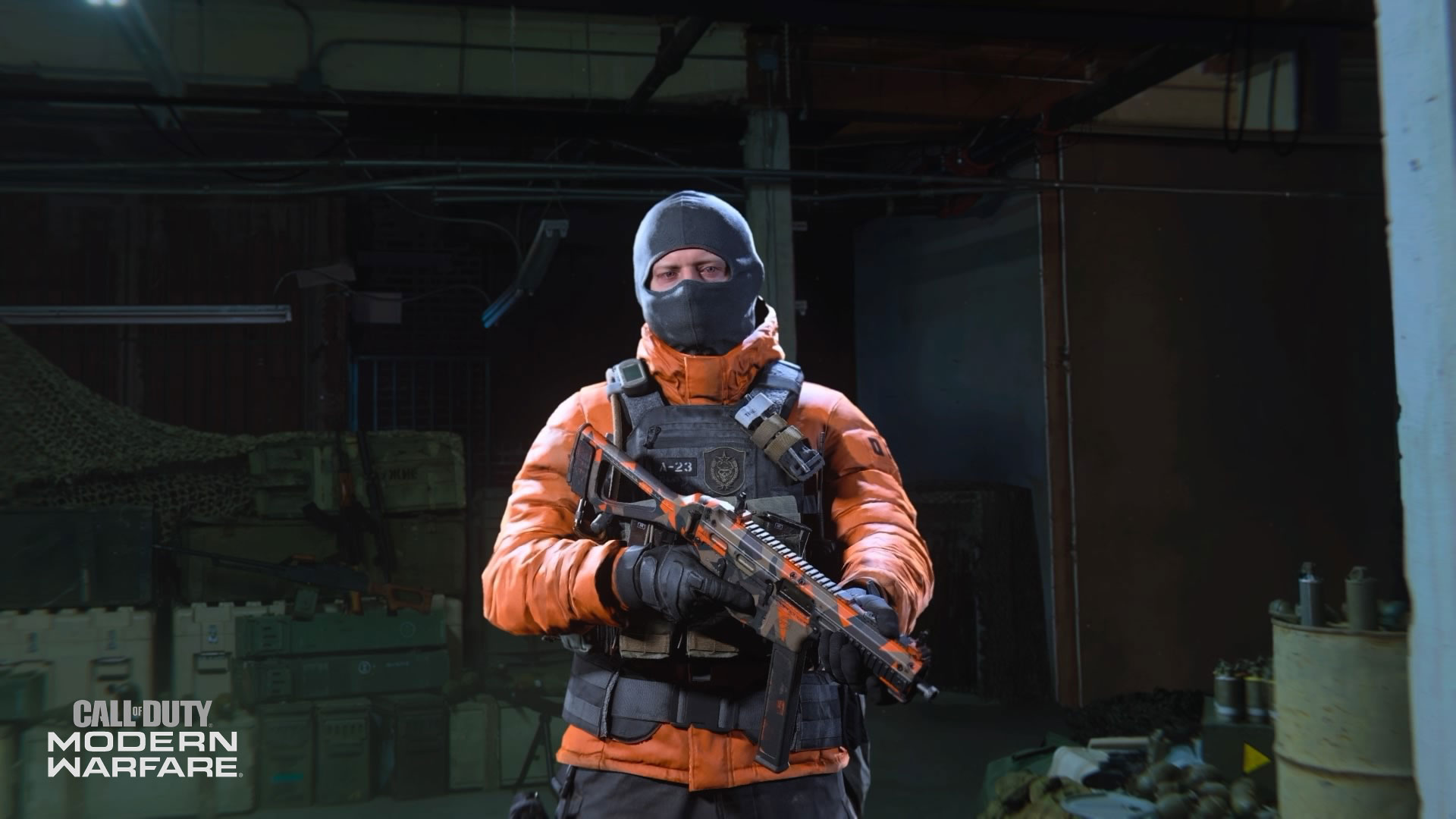 SMGs aren’t made for range, so how can you get longshots with them?

First, don’t think the range to hit a longshot is the same with every weapon: SMG longshot range is far closer than that of a sniper rifle, so you may just get a longshot kill by sheer luck during normal gameplay.

If you do want to actively chase longshot kills, the following attachments across all weapons will help:

·      The longest barrel attachment, preferably one that offers a recoil control buff.

·      Any optic with a magnification longer than 3.0x, so you have a clear sight picture down range.

·      Commando Foregrip, an underbarrel attachment that increases recoil stabilization (when your weapon moves horizontally). Alternatively, if more vertical control is needed, take the Ranger Foregrip instead.

Finally, all SMGs have a single-fire option. Use it if you want to be as precise as possible when attempting to take shots down range. 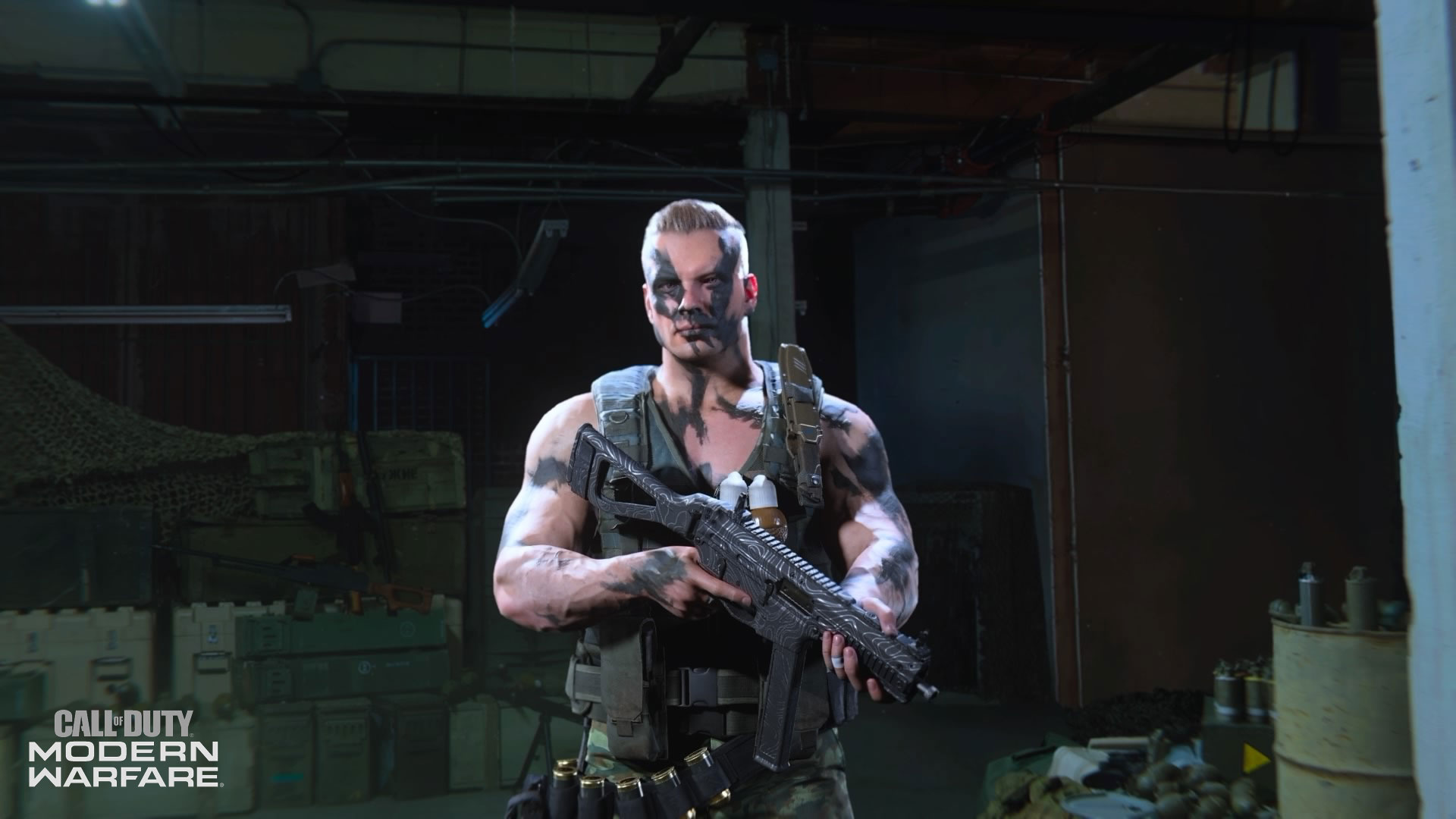 Mounting significantly reduces recoil, making it a great way to get longshot kills with all SMGs.

Therefore, you may want to wait to unlock the Topo camo challenge before pursuing the Splinter one. That way, you can knock out two camo challenges with one playstyle and weapon build. 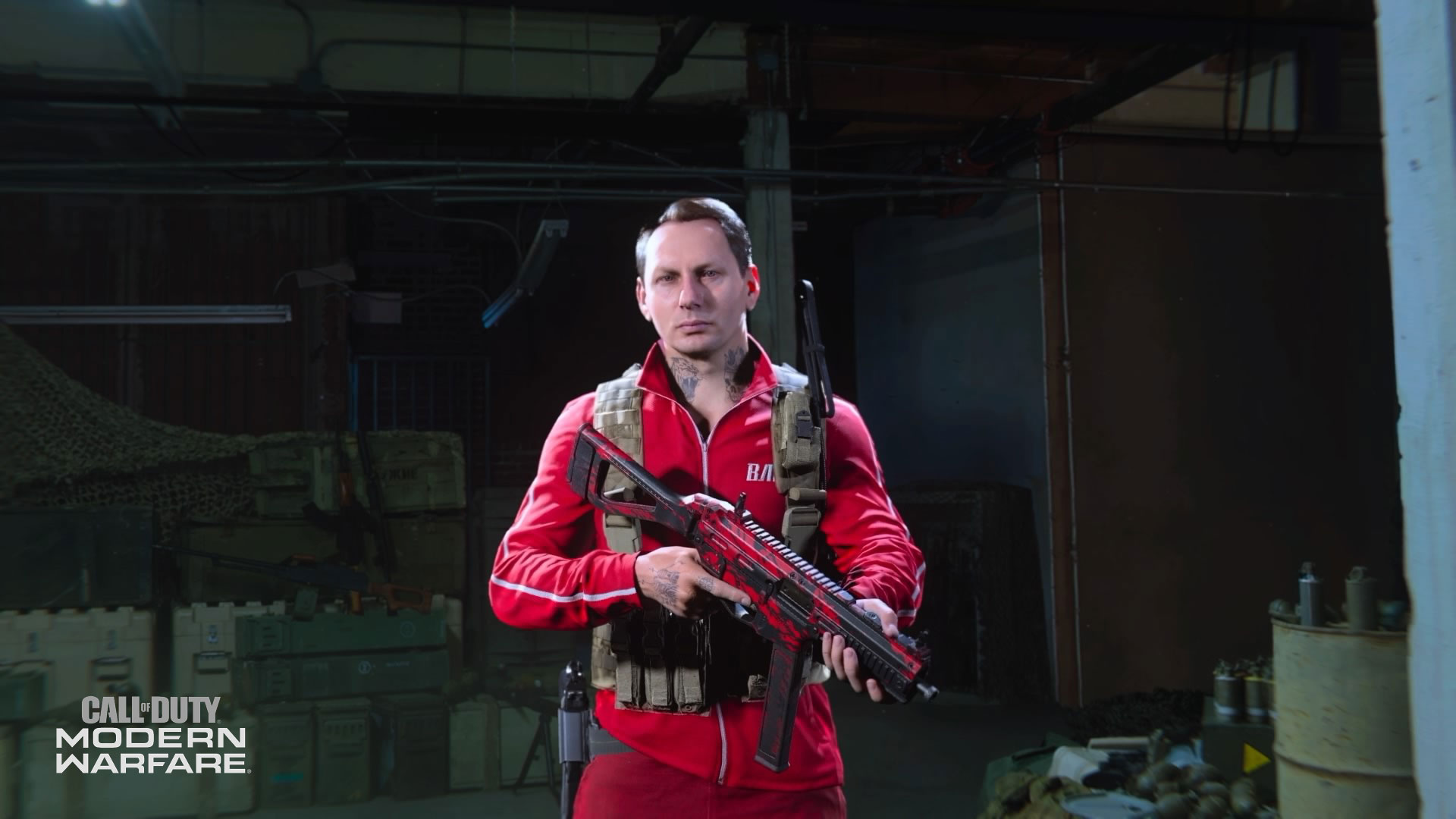 By this point in the weapon levelling stages, you’ll be able to customize every part of your SMG. You may also have to still finish previous challenges, so just be sure to kit your weapon with five unique attachments to effectively pull double (or triple) duty.

Stripes – Get kills shortly after reloading (40) 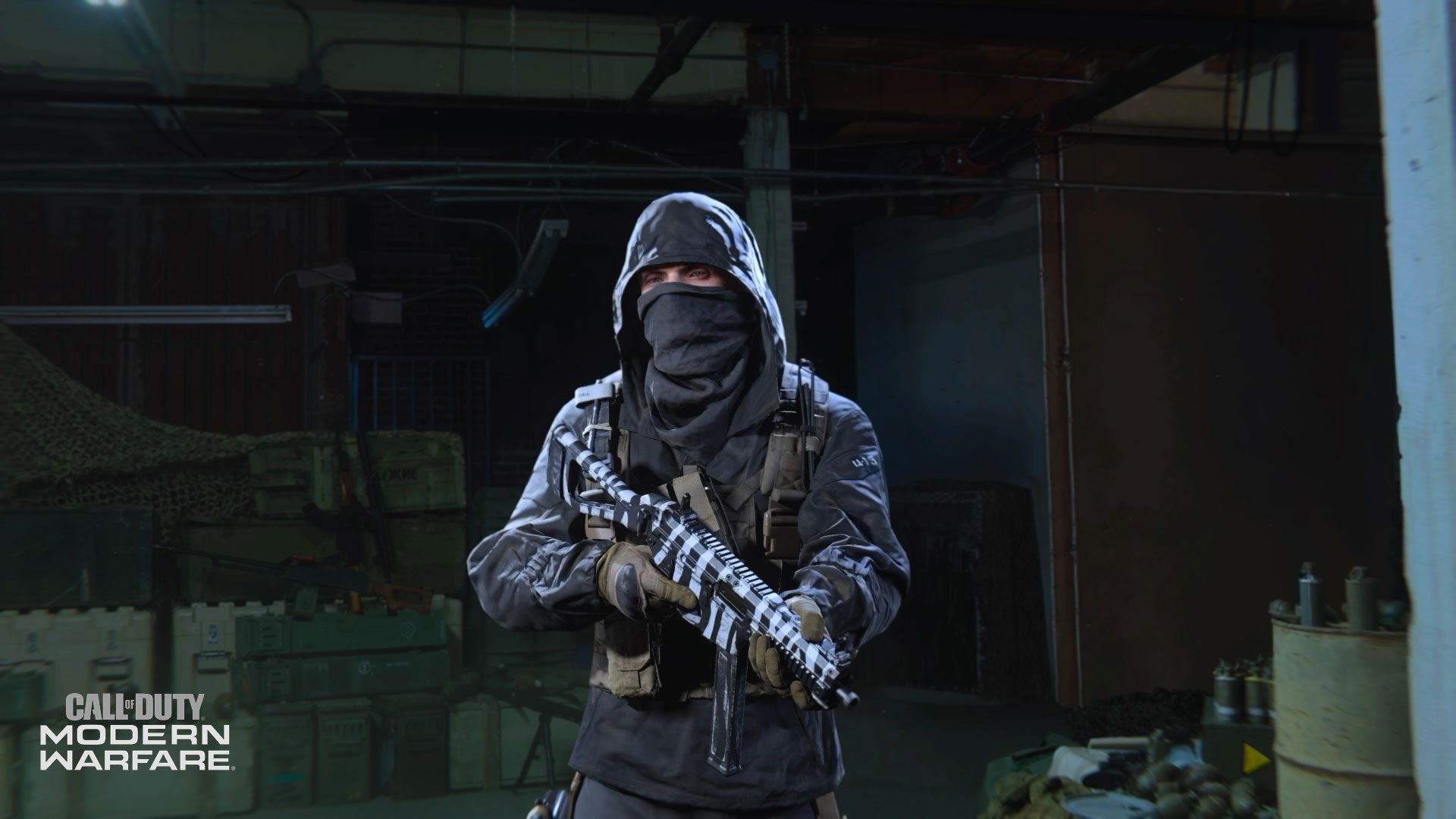 Lucky for you: SMGs have some of the fastest reload times out of all weapon categories.

Pair this lightning fast reload speed with the Sleight of Hand perk, and this challenge should be completed fairly quickly through natural gameplay. 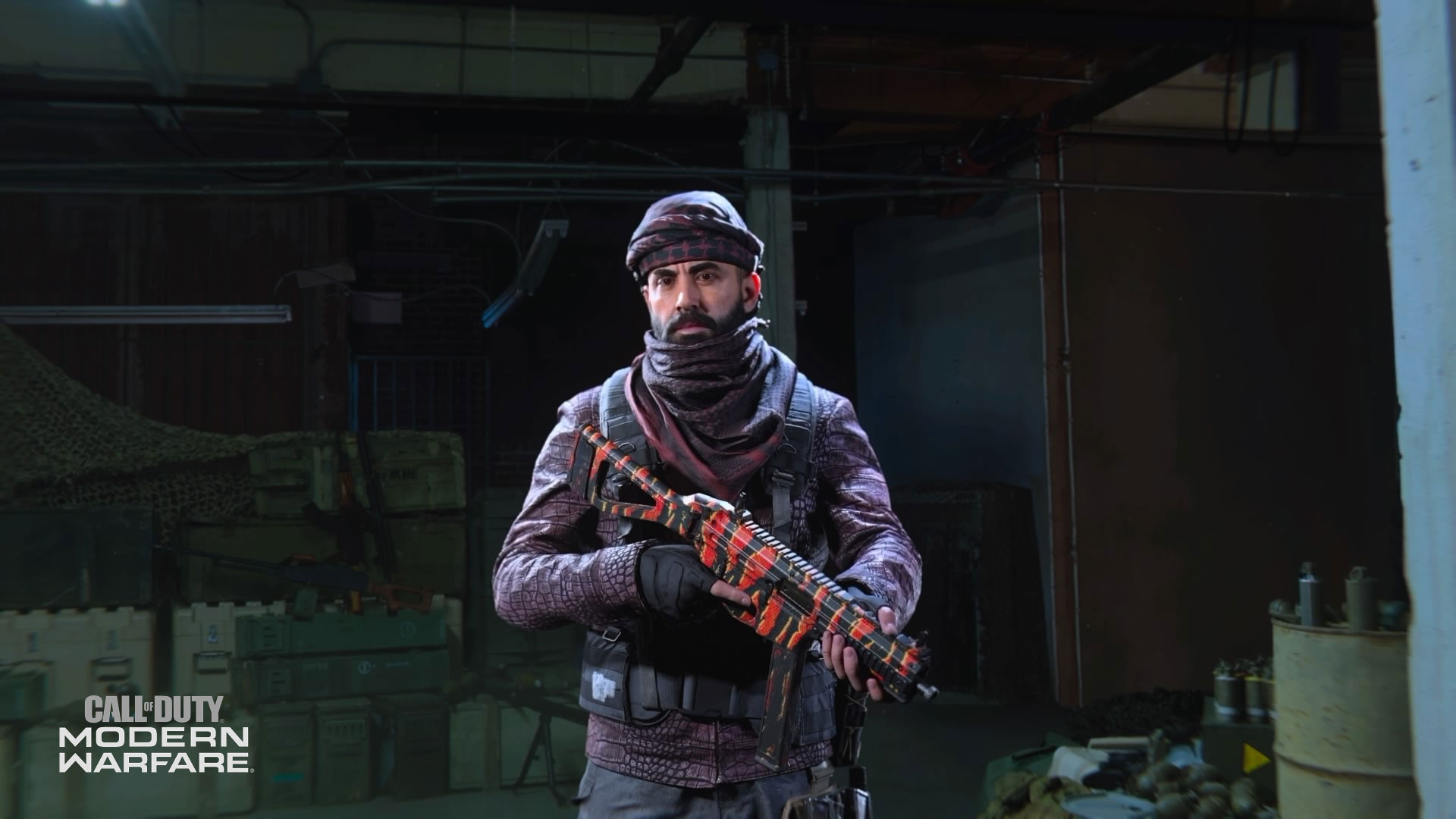 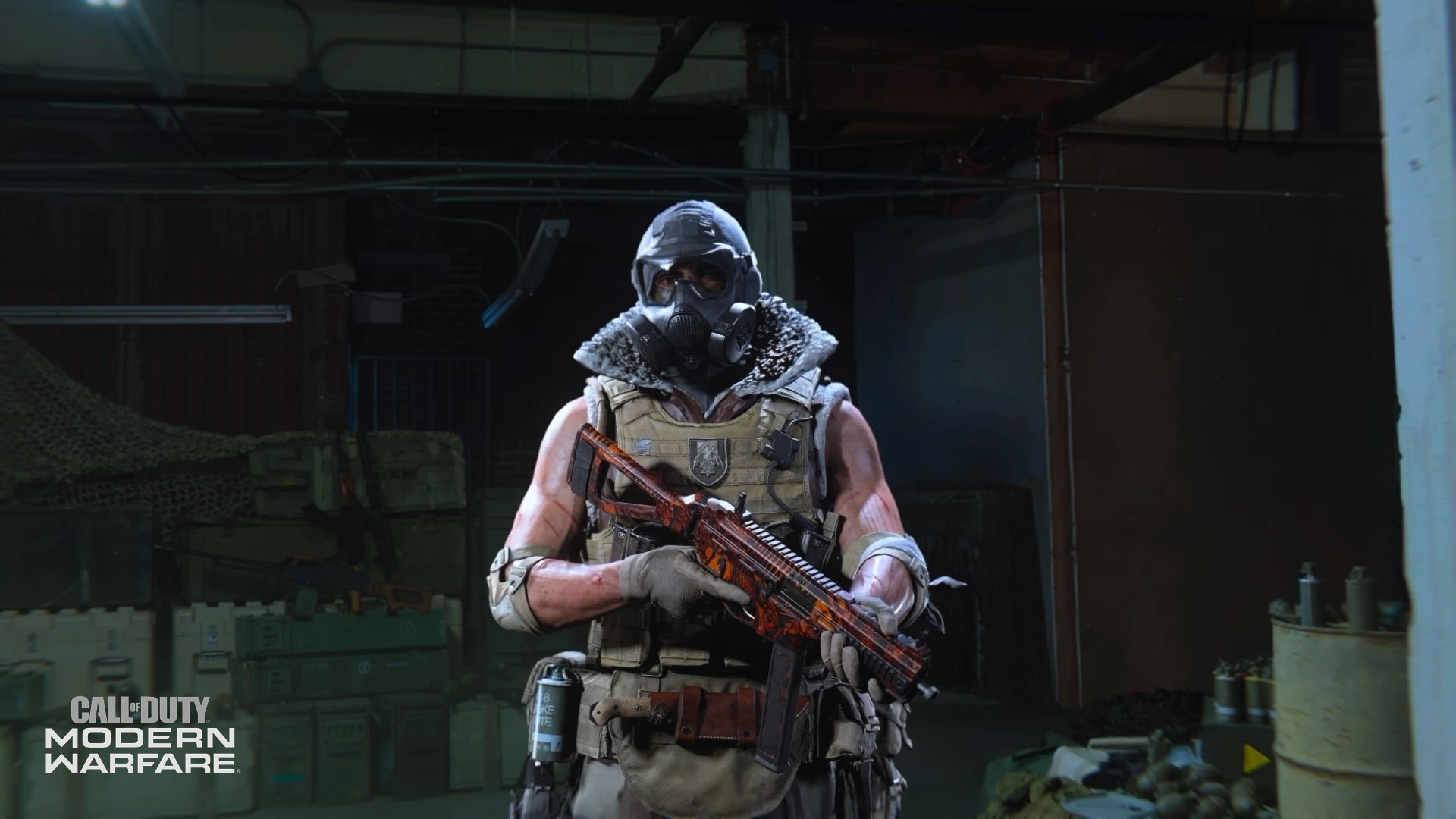 Reaching the max rank on any SMG unlocks this final camo challenge, which requires you to go on a 3 killstreak 25 times.

When going for a 3 killstreak with an SMG, it’s wise to play aggressive, but not reckless. In other words, be sure you have a Stim ready after a rough engagement or wait it out until you fully heal before making another rush toward enemy players.

By the way: these camo challenges are now tracked within the Camouflage category tab of the Customization menu in Gunsmith, allowing you to see quickly how many more camos you need to complete a set.

And, once you complete all the weapon challenges for an SMG, you unlock the Gold Camo. 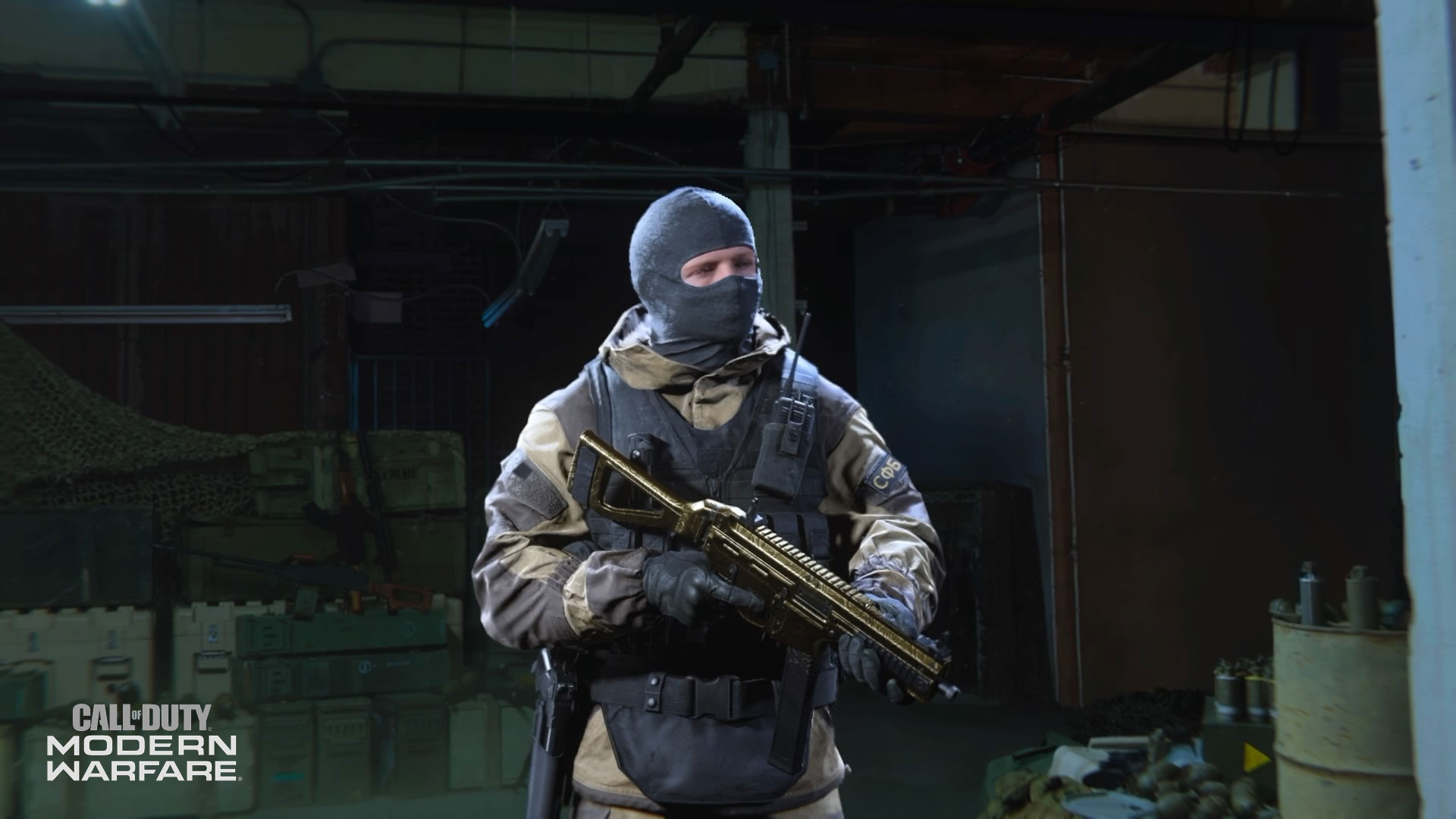 Speaking of weapon challenges for the weekend, the akimbo perk was just introduced to all handguns. This adds a new way to play with secondary weapons in Modern Warfare, and is one weapon challenge I highly recommend doing with every single handgun. 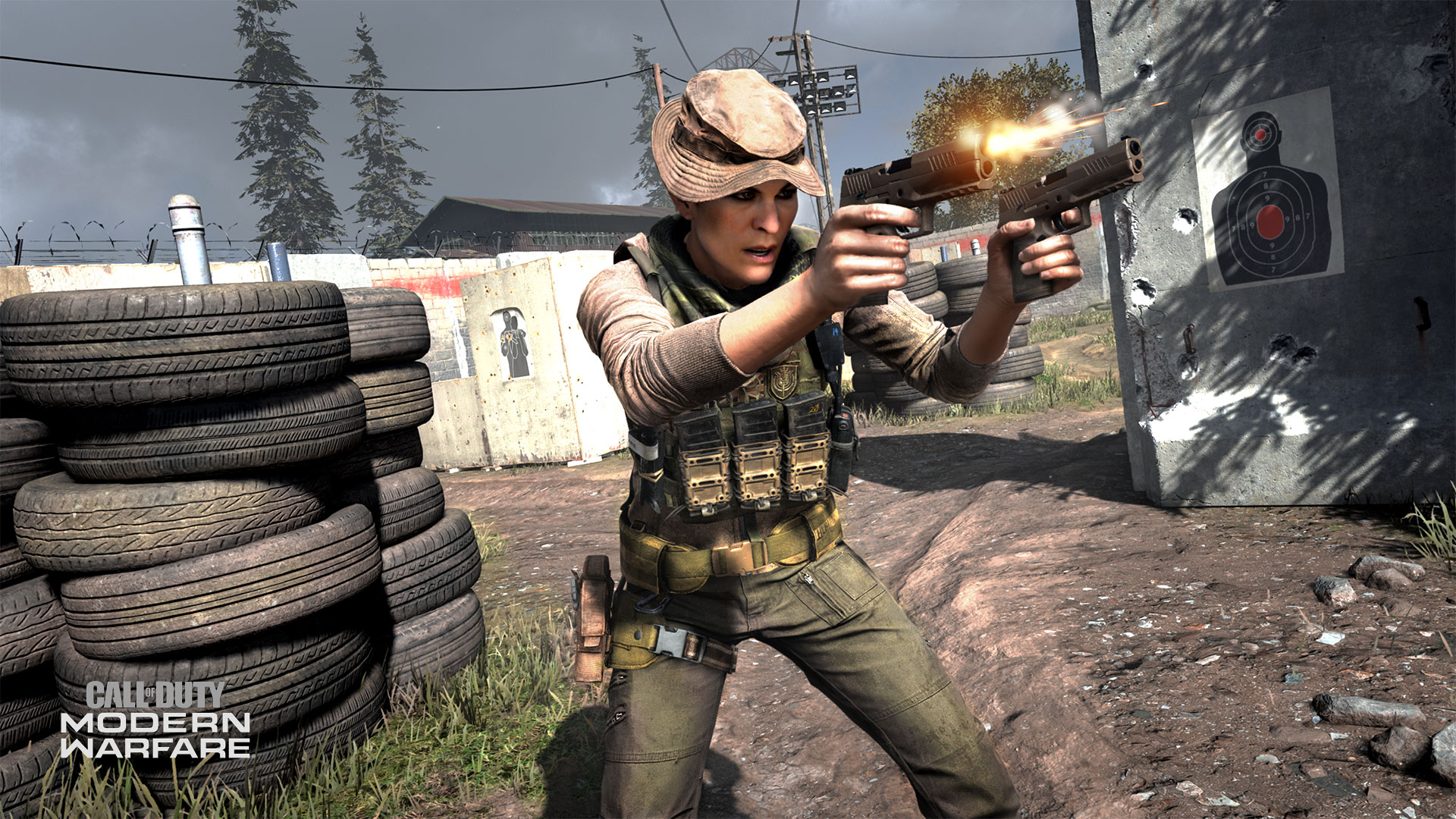 Another massive loadout change was the recent perk balancing pass. For those who want a quick scoop on what perk combos I’m currently running, look no further: 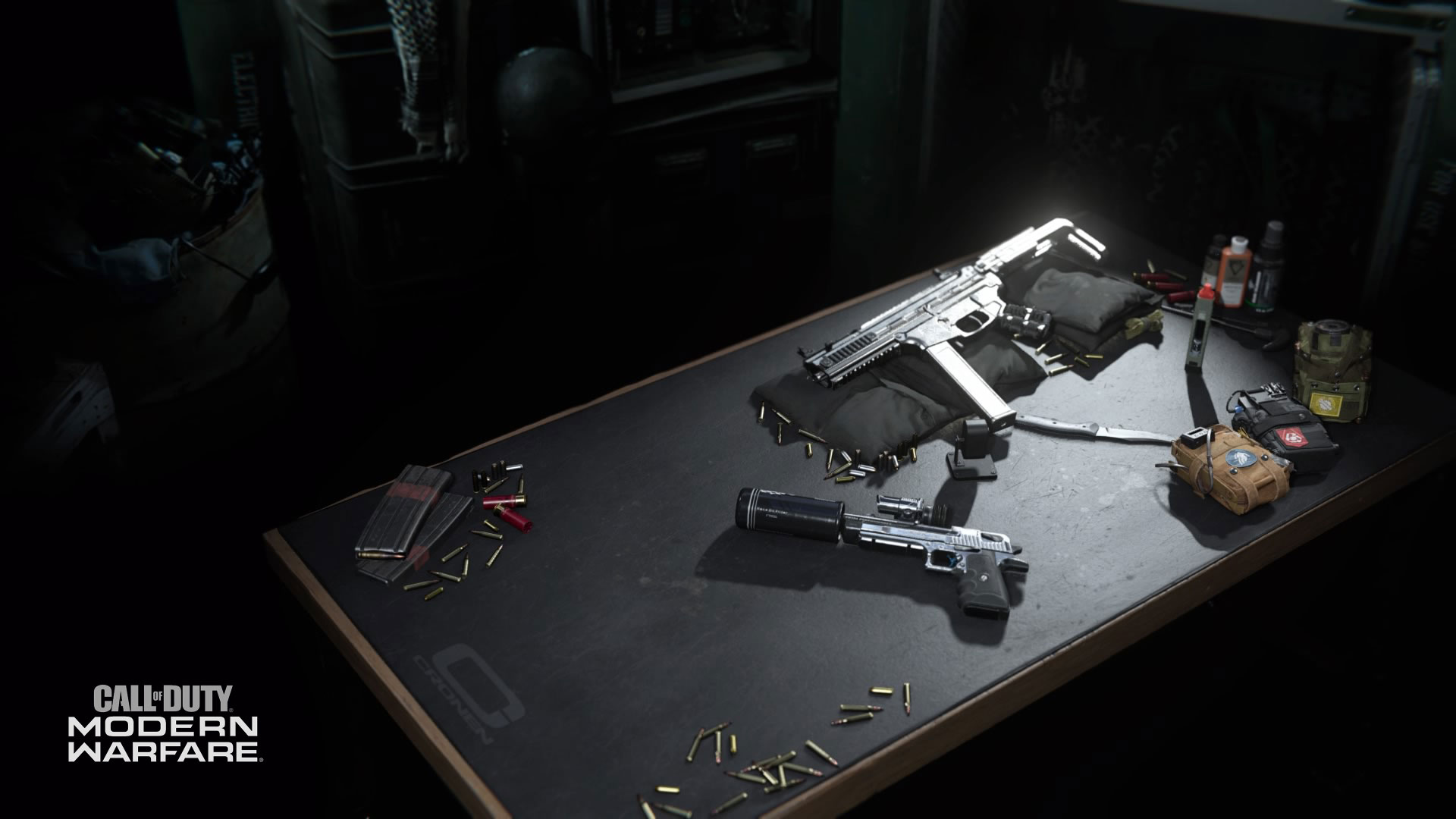 Usually, I play with this on a sensitivity high enough to confuse anyone watching over my shoulder in the office. This loadout is built for speed, and you’ll have enough of it to fly around the map thanks to these three perks. 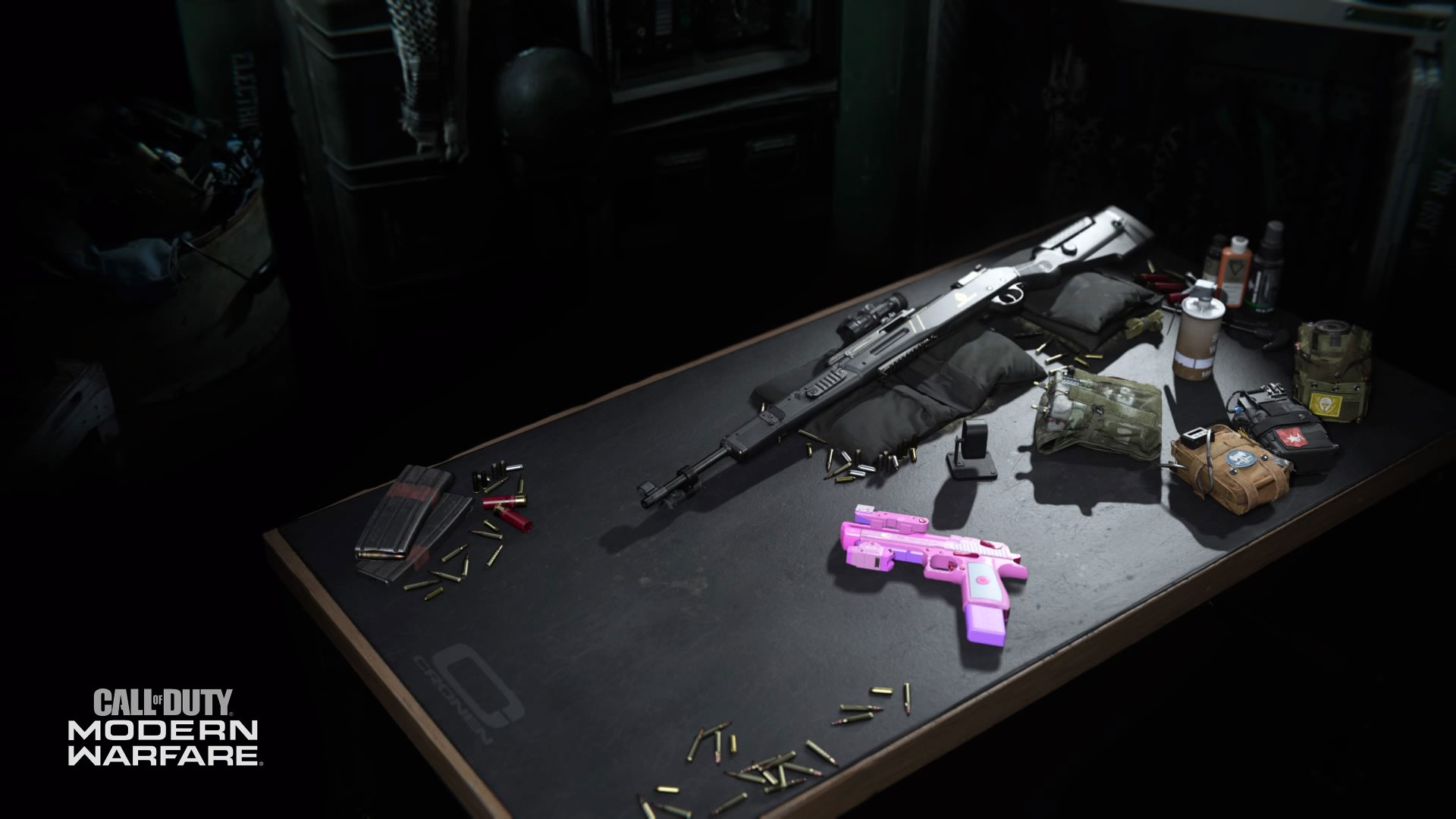 I love the marksman rifles; it’s my preferred weapon when trying to chase down specific Killstreaks.

Just to make those come easier, I use a loadout with the Killstreak-stacking perk Kill Chain – now in the Perk 1 slot – and Hardline, which reduces the number of kills I need for a streak by one. 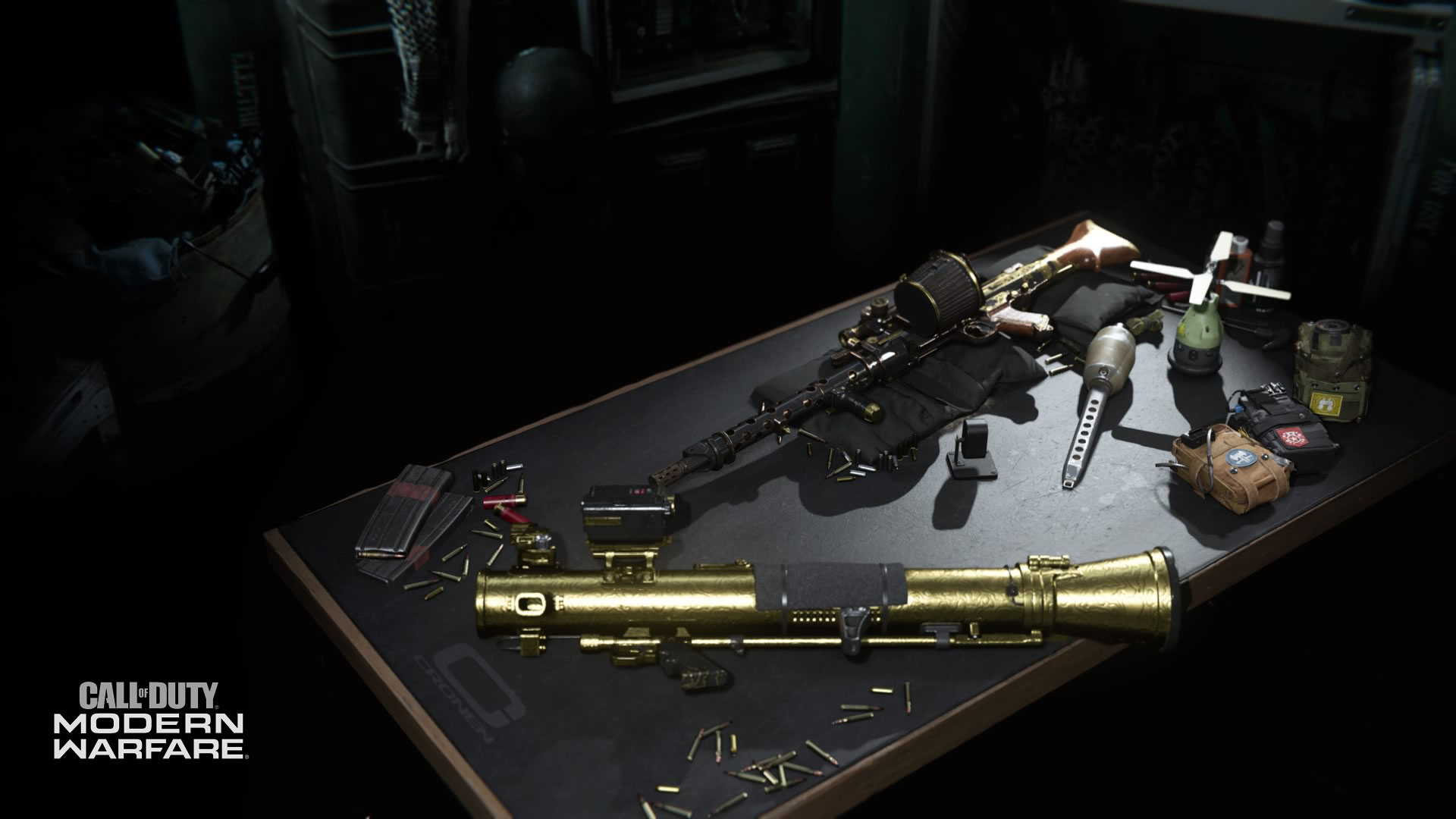 When I need to support a friend or a Ground War squad, I whip this class out. I’m able to hunt Killstreaks down with Spotter, earn points towards Scorestreaks with Pointman, and am able to stack them with Kill Chain.

With this loadout, I typically run a UAV or Counter-UAV, Cruise Missile (to make callouts on where enemy players are), and the Advanced UAV. 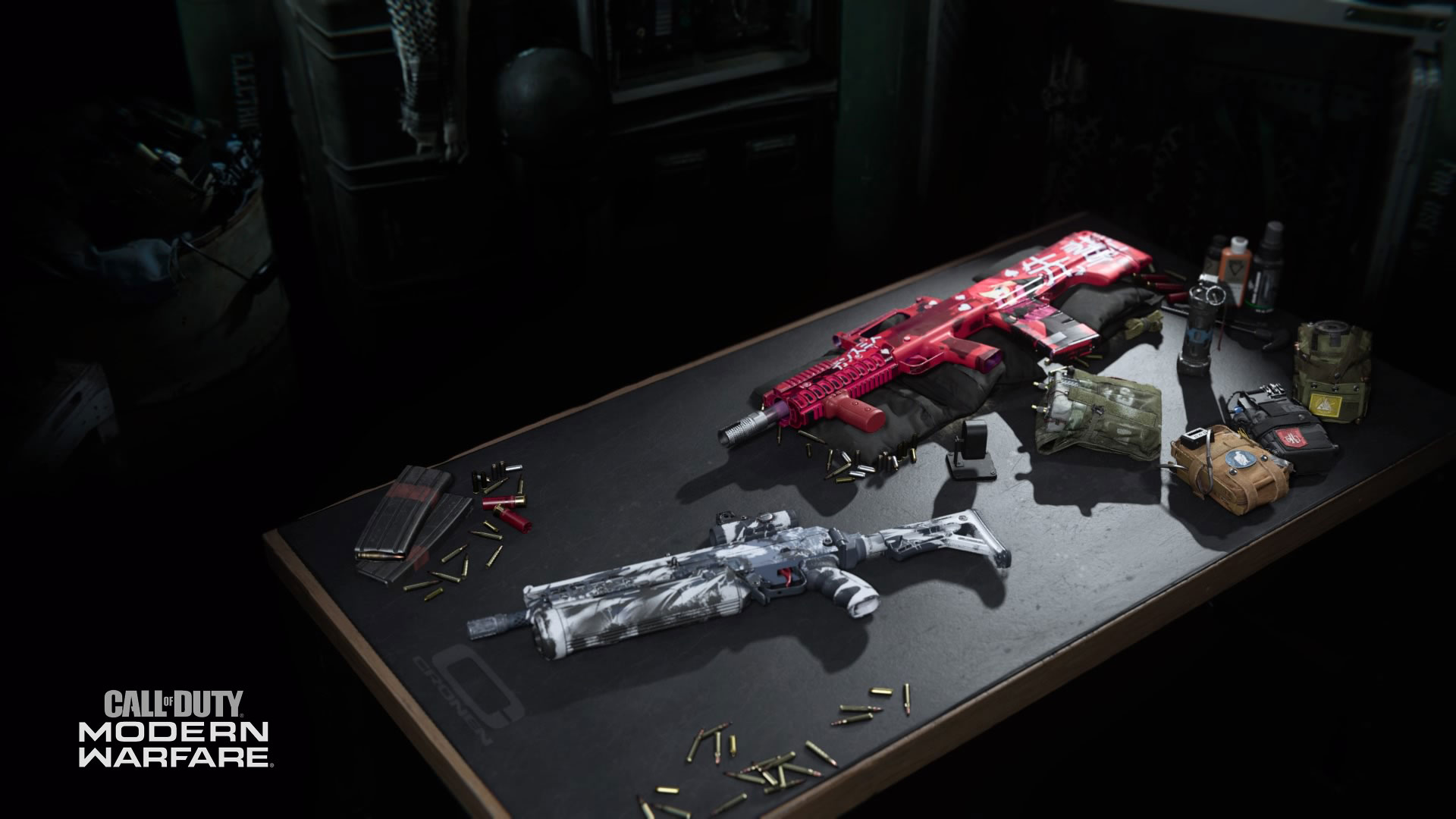 The Oden is a great example of a weapon with a unique ammo type: no other weapon chambers a 12.7 x 55m ammunition. So, I decide to bring Scavenger along to get more ammo from downed enemies.

Also, on this loadout is Overkill – to show off two distinct ammo weapons – and Shrapnel, which allows me to pack two C4s for the ride. 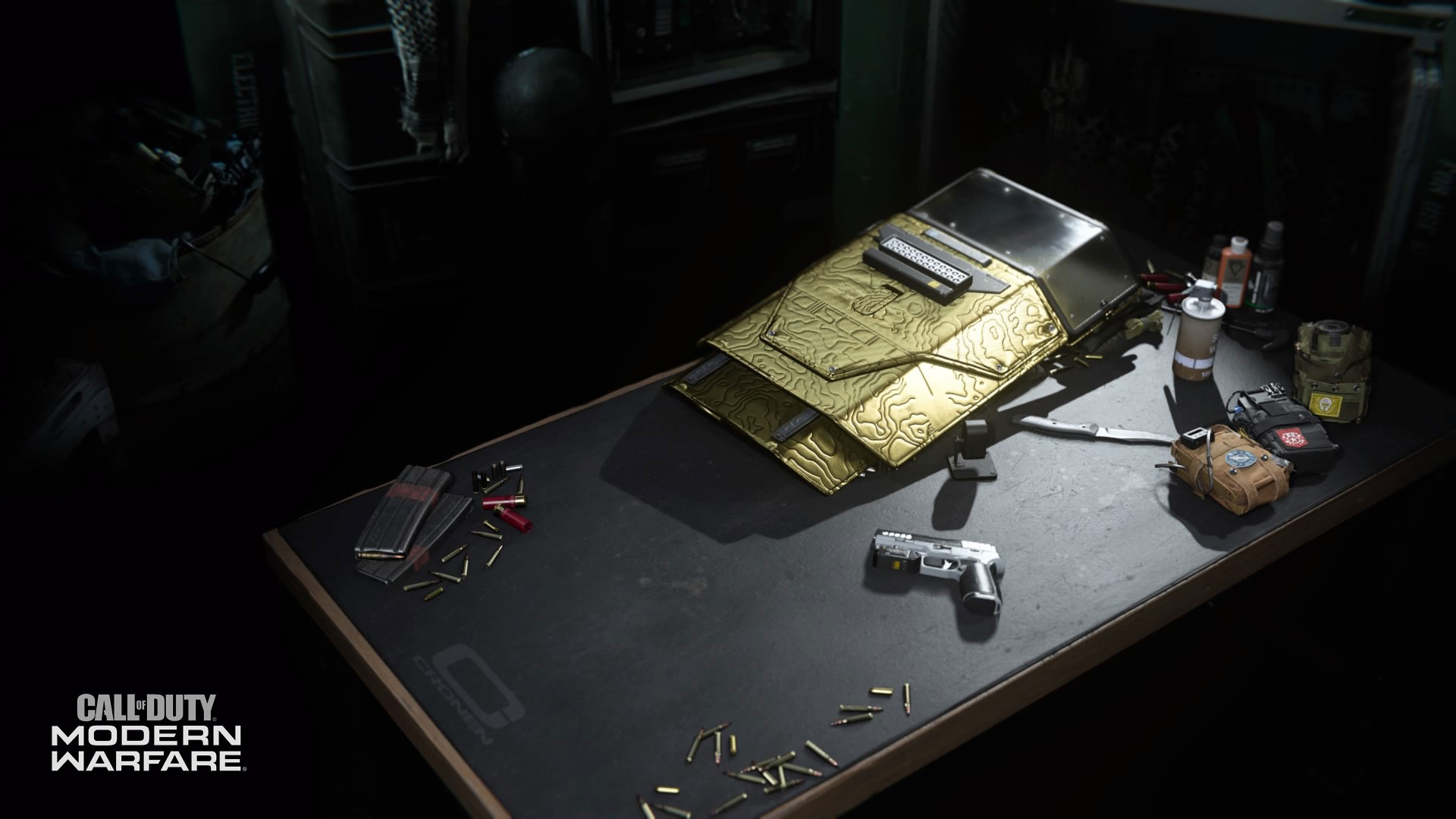 If I want to focus on playing the objective, I equip this loadout.

Quick Fix gives me a health regeneration boost while capturing objectives, and the points for doing so go towards Scorestreaks thanks to Pointman. And, since I’m using a Riot Shield, I use the recently-buffed Battle Hardened to gain immunity to a ton of nasty Tactical Equipment pieces.

By the way, if you haven’t played with two M19’s through Akimbo, you’re missing out; it’s seriously fun with two 32-round ammo handguns.

We covered a lot today – from getting platinum camos on a new class to Operator missions, Akimbo, and the perk balance changes. Season Two seriously added a ton of content, and I still haven’t even broken down the majority of everything new that it brought!

So, if you haven’t already played Modern Warfare since the update, jump back in this weekend, take advantage of the Double Weapon XP, and explore everything Season Two has to offer.

And with that said, I’ll be seeing you online. Stay frosty.