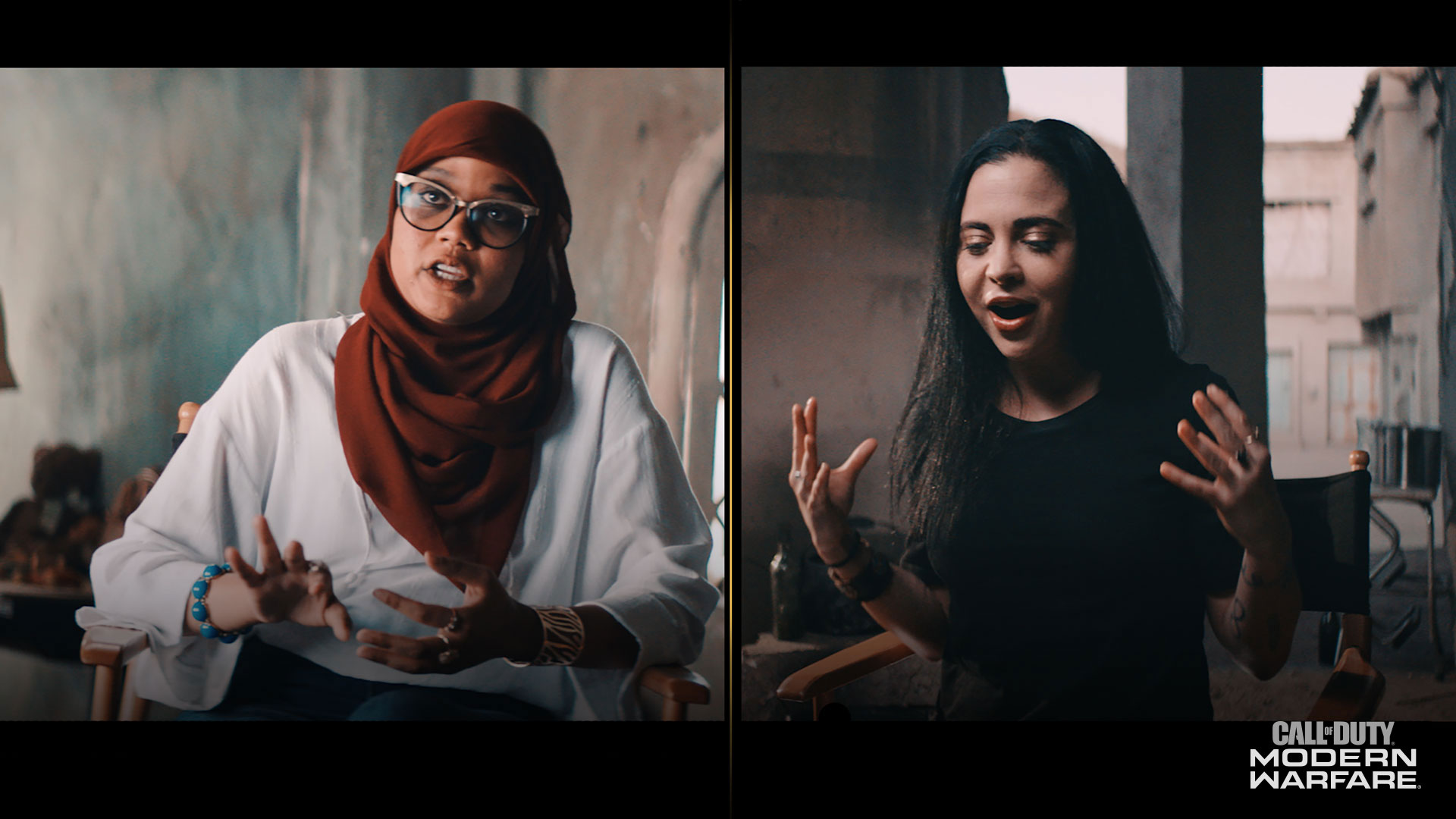 Along with the issues that Tier One Operators face, the Campaign of Modern Warfare will also tackle contemporary war from the perspective of those who live within conflict zones. 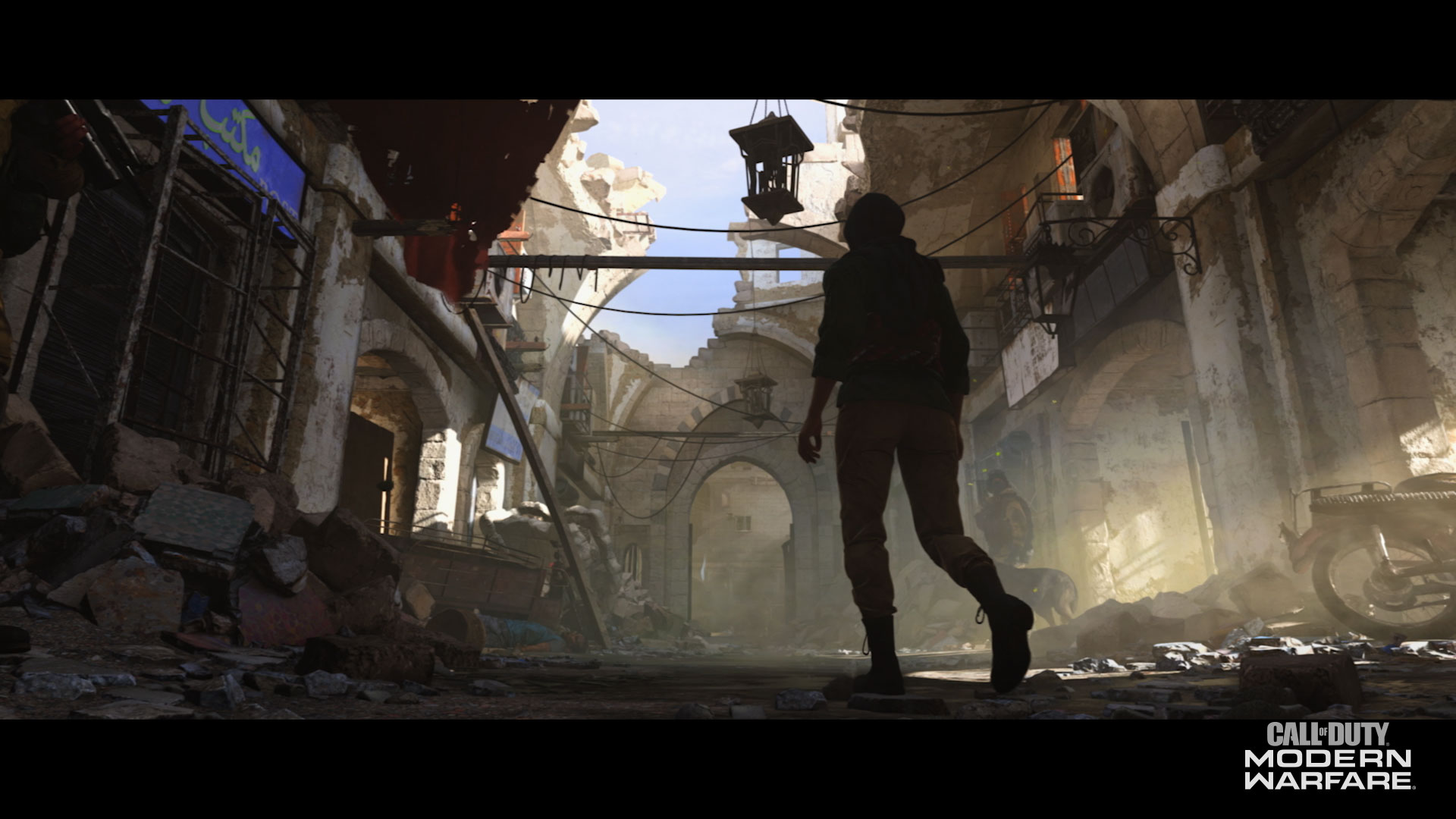 Somaiya Daud, a PhD student at the University of Washington and young adult fiction writer, did not expect a call from Infinity Ward to critique Modern Warfare for authenticity, specifically how the game represented women of color in the Middle East. In fact, this was the first time any video game company gave her this kind of assignment.

“Candidly, at first I was like, ‘This is going to suck,’” Daud said. “I was really familiar with this sort of standard for representing Muslims, or even like Muslim-adjacent.  Like people that are clearly supposed to signify being Muslim without ever saying that they're Muslim.  So, you grow up, you're watching a TV show or any war game that's set in the Middle East, and I was like, I know exactly how this is going to go; it's going to be really bad.”

And to her surprise, it wasn’t.

“It’s really easy to take away the agency and the choices that women of color are normally robbed of in these kinds of narratives,” Daud explained. “But this is really all about Farah and about her choices and about her history.”

Farah Amhed Karim is the fictional leader of the Urzikstan Liberation Force, a group of over 7,000 volunteer freedom fighters that want to free their country from foreign subjugation and fight alongside the British Special Air Service. For her, this war is more than just fighting for Urzikstans freedom, but also a fight “to free our people from old-fashioned ways.”

“You certainly don't get a lot of women in leadership for games, and especially war games in general,” Daud said. “And women of color who are sort of coded as indigenous to the region where they're from certainly don't get starring roles. And if they do get starring roles, they're sort of weighed down by a lot of stereotype baggage… Farah is a character who not only has a lot of agency, but she's the leader of her resistance, and she's a character of such dignity. She’s committed to this cause, but she doesn't come off as being, you know, sort of the patriotic rebel.” 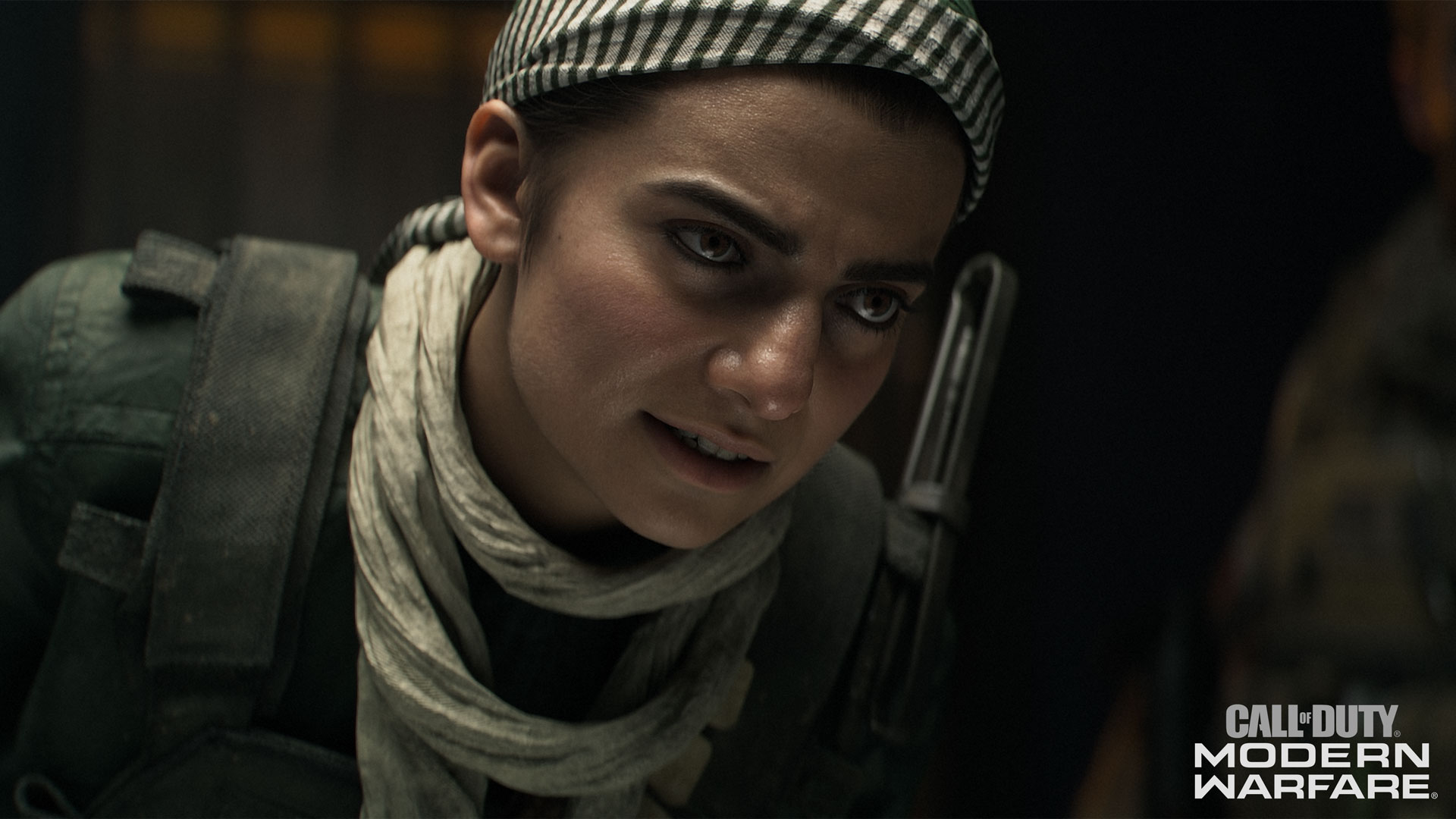 True to the Wars Fought Today

Farah’s story mirrors that of present-day female freedom fighters in the Middle East, as Hollie McKay, a war correspondent who covered those conflicts over the past half-decade, explained.

“The women that I fortunately had a chance to spend a lot of time with,” McKay said, “they were some of the most extraordinary women I had ever experienced and met.  And their ability to not only fight, but to really be able to make decisions to govern, to run cities, to do these things, was extraordinary change. They have such a big vision for how they see the world and how they see their place in it. And I think that's always an empowering thing for women to see.”

Her experiences also dovetail into the overall themes of Modern Warfare’s Campaign; war is complex, and nothing is ever straightforward.

“There is never sort of an easy black and white that comes into it,” McKay said. “There's never one good guy and one bad guy. There are so many nuances and-and I think that can be really intimidating and overwhelming for people, so I think for me, as a journalist, I try to kind of break that down where I can.  And I think a great way of doing that is by finding these individual stories that can tell a bigger picture of what is happening on the ground.”

When Infinity Ward asked her to provide the human aspect of what these wars are like from the perspectives of civilians on the ground, she came in as someone who isn’t a “typical gamer” – her usual duties as a journalist leave little time for gaming, after all – but was surprised how a video game could capture emotions she saw in the field.

“I think they did a fabulous job,” McKay said. “the realism of it and sort of the sense of humanity and, you know, just the compelling stories. It was chillingly realistic.” 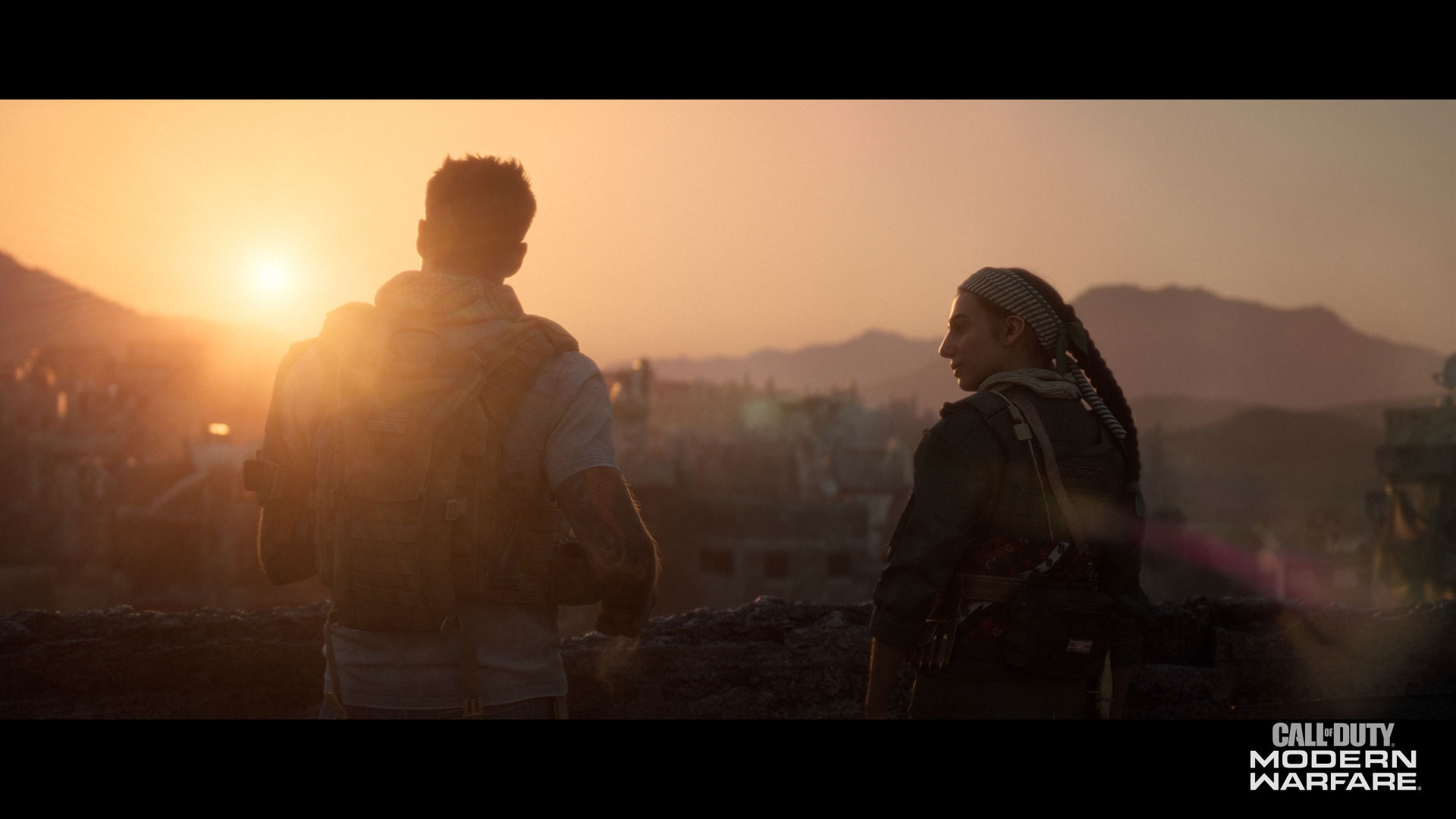 “If you're from here,” Kurosaki explained, “and you hear about these wars in the Middle East and you assume that those wars are over there, you can at least understand, well, what if my homeland was invaded? What if my country was invaded? What if I was fighting for the freedom of my community and my city and my town?  What would I do in order to achieve victory?  And that's the question that we pose to our players.  What would you do in order to achieve victory? That's the gambit that we ask of our players and that's the central tenant of our story.”

And when the credits roll, what does Infinity Ward want players to walk away with?

“If our players were somehow inspired or moved from playing the campaign,” Kurosaki answered, “and want to learn about freedom fighters who are fighting for their homes and how they interface with the armies of the West, or people like Kyle and people like Alex, then I think that’s a win for us.”

You can experience this Campaign when Call of Duty: Modern Warfare makes its worldwide launch on October 25. Pre-orders at participating retailers are available now, or at CallofDuty.com. 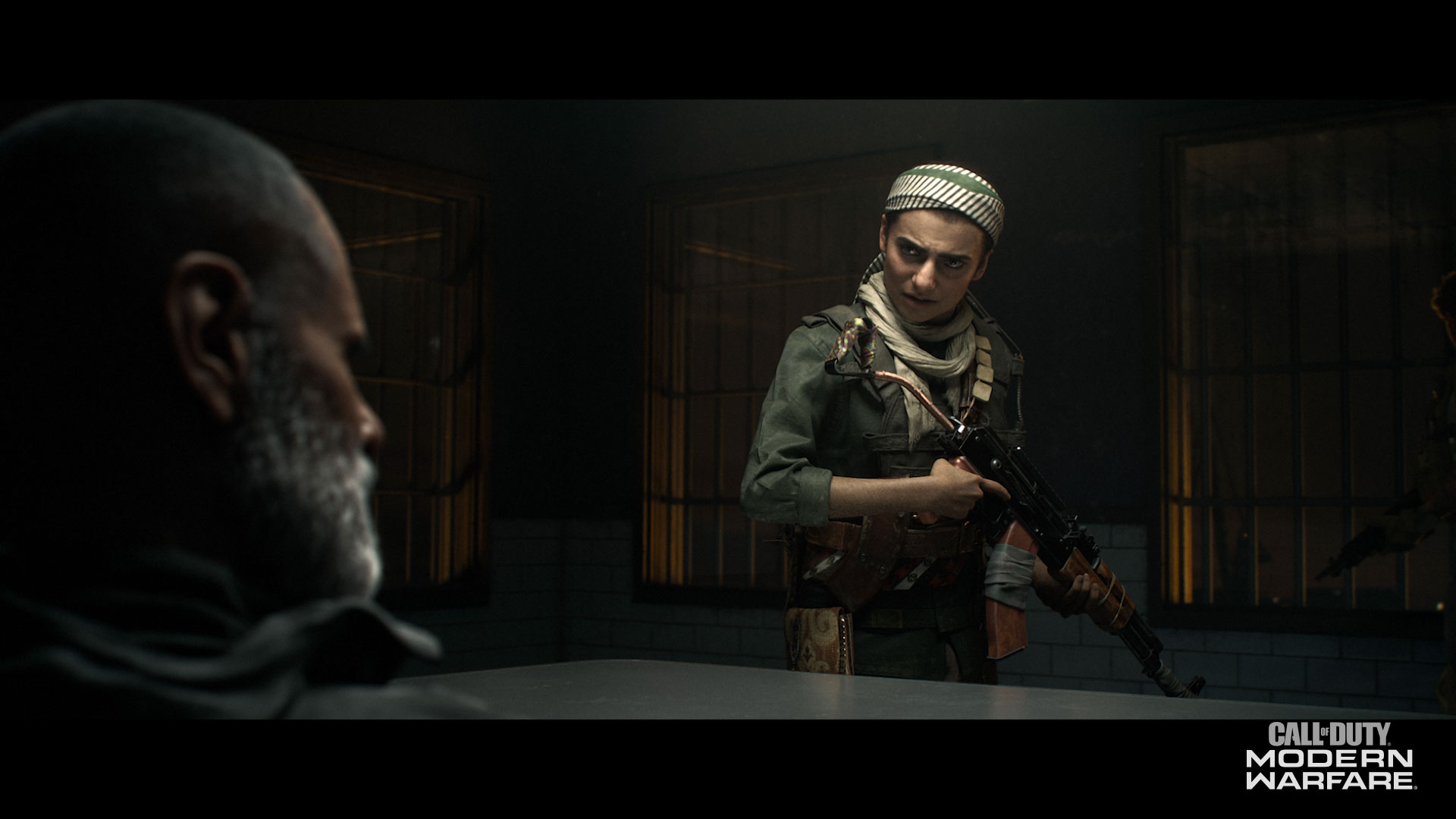