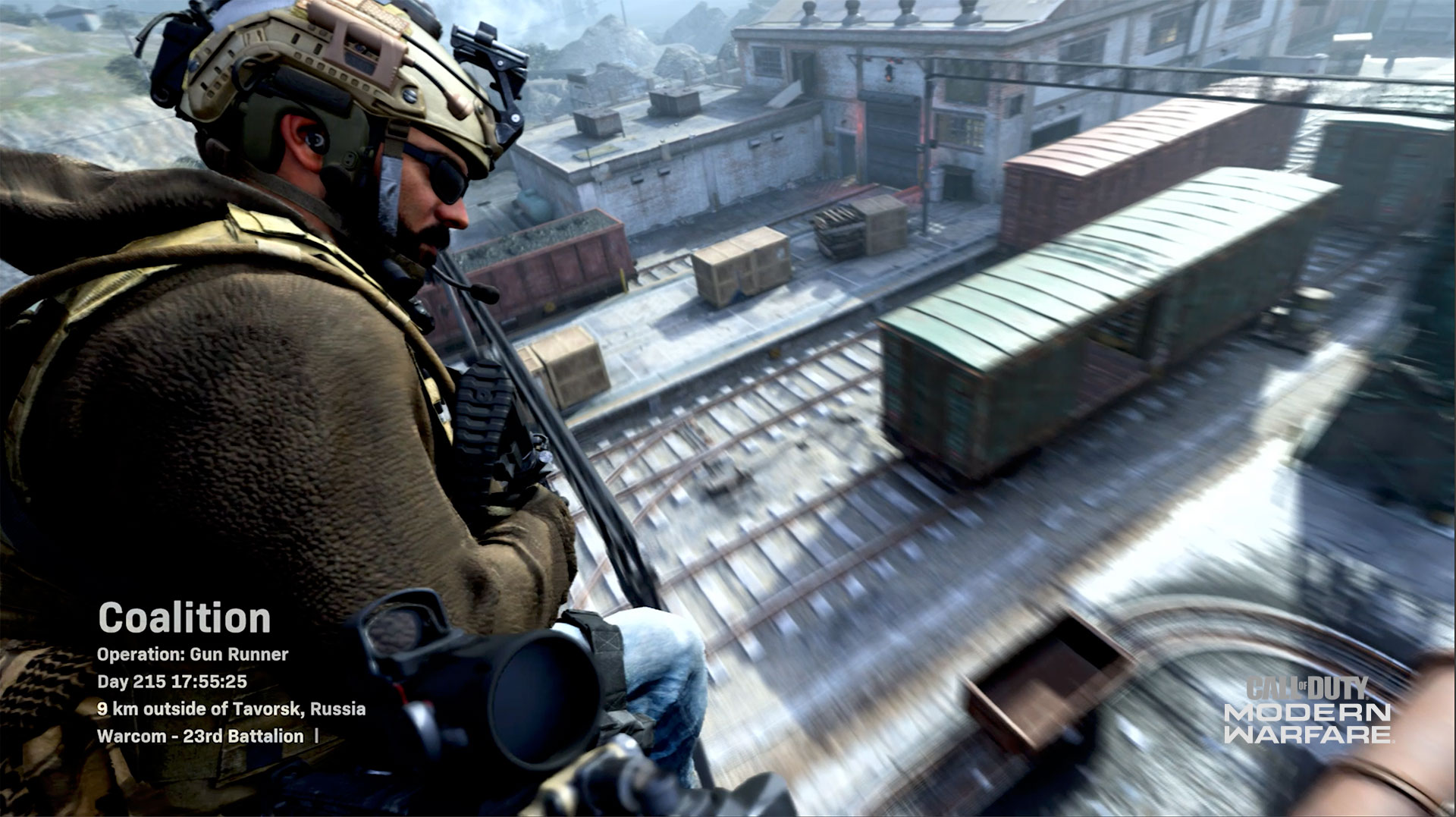 Please proceed to the LZ: Take a brief descent down with Coalition forces as they infiltrate a stronghold; a prelude of the Multiplayer Universe Reveal to come!

Tactical Infil: A Descent into Multiplayer

It is Day 215. ‘Operation Gun Runner’ is in full swing, as you descend and disembark from a deployment helicopter.

Perched on the side of the chopper, you’re listening to radio chatter, sitting next to Operator ‘D-Day’, who’s holding an assault rifle (with a short stock). It looks like you’ve chosen an assault rifle with Long Barrel and Hybrid Scope. As you drop onto the cracked concrete loading dock near this train yard, you fan out; ready to engage Allegiance forces.

What you’ve seen is one of the Call of Duty: Modern Warfare tactical infils (or ‘infiltrations’); this one shows a disembarking into the Multiplayer map currently named ‘Gun Runner”. These infils usually occur between the time you’ve chosen your Multiplayer Loadout and the start of the MP match.

Proceed to the LZ.