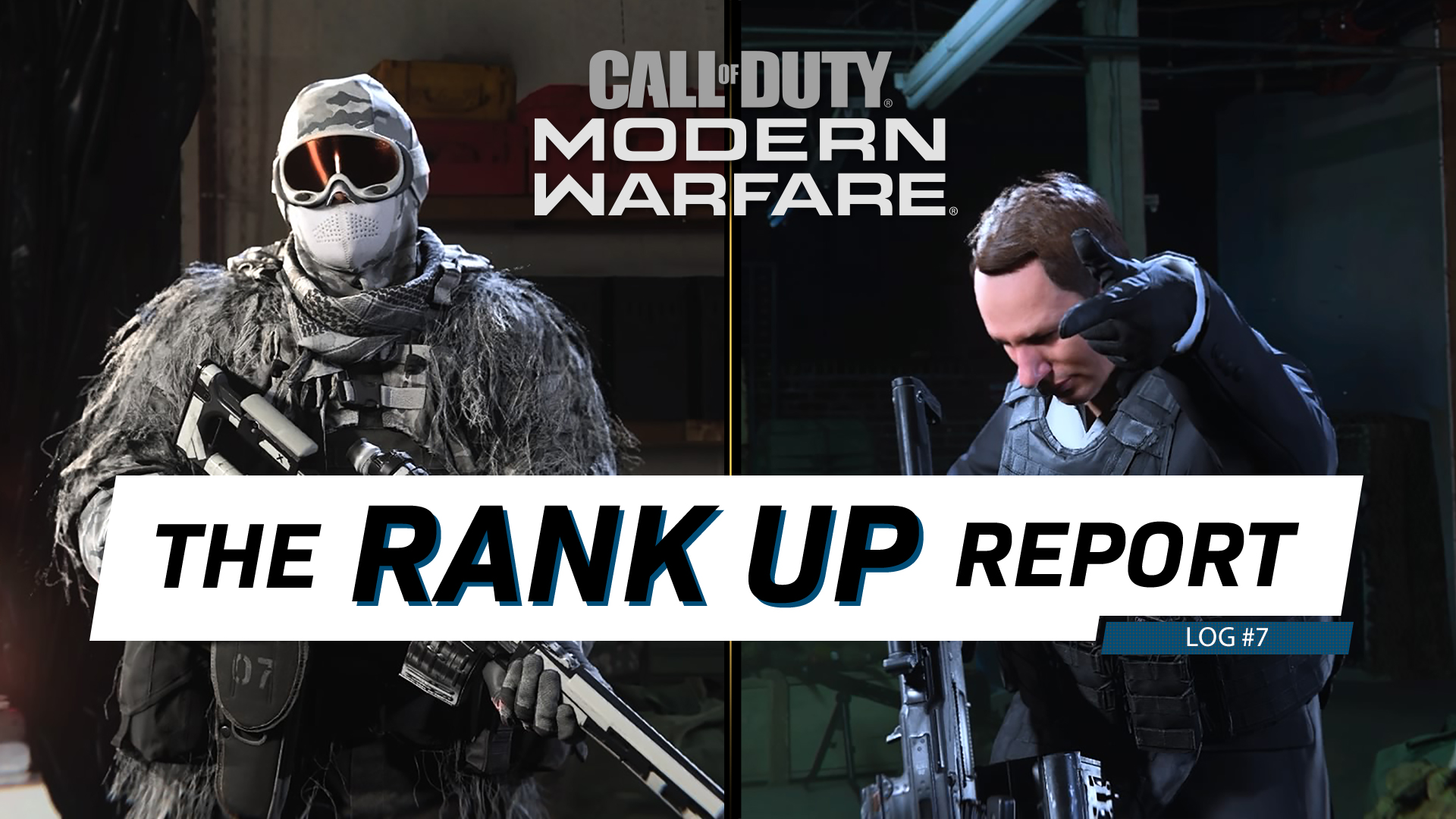 Season One is in full swing, and not only is my rank in the triple digits, but I’m also halfway through the Battle Pass. The former progression had plenty to do with the latter, as I reaped the benefits of Double XP tokens that are in the Battle Pass.

Some of the other Battle Pass tiers helped me build my arsenal, which is currently stacked with blueprints such as ‘Hadir’s Right Hand’, a weapon that is an awesome call back to the game’s Campaign. Those blueprints sit right next to others that I grabbed from a few bundles available in the store, such as the ‘Executive Armory 1’ bundle.

That one includes the ‘Area 51’ blueprint, which took one of my personal favorite SMGs in the game and gave it a gold finish along with a Compensator, Tac Laser, Stippled Grip Tape, the Frangible – Wounding Perk, and the Corp Combat Holo Sight. 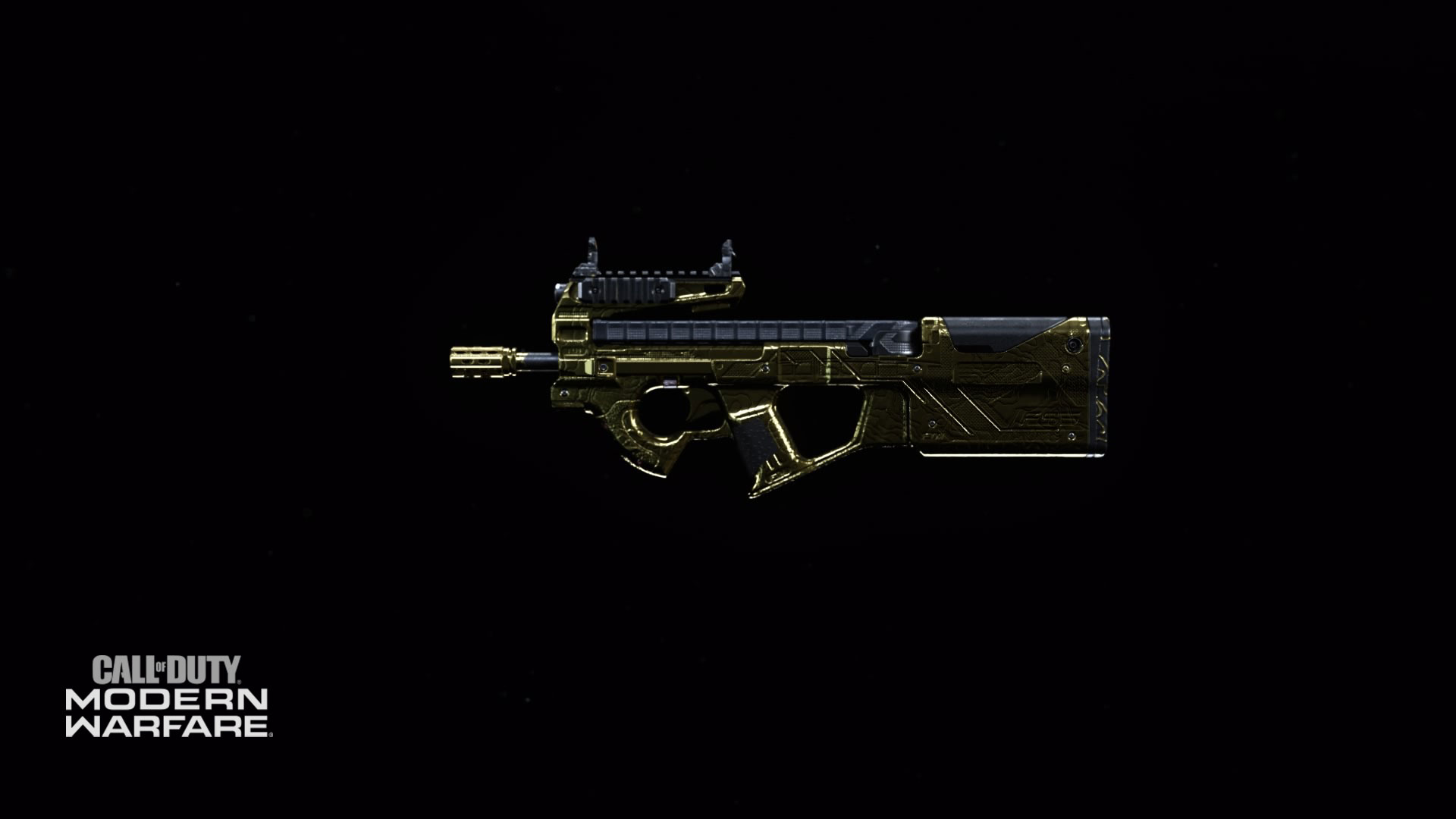 As you can see, I’ve earned the Gold camo on this weapon, which only amplifies its luxurious appearance. I also took out the optical attachment – the iron sights on this weapon aren’t too obstructive – and threw on the FSS 10.6” Pro barrel to give it a bit more range. However, the weapon is just as good out of the box as it is with different earnable attachments.

While getting gold to fully bling out my ‘Area 51’, I went ahead and completed the Run ‘N Gun mission. This was one of the many new missions that dropped along with Season One, allowing you to earn free XP boosts, personalization items like sprays and charms, and even weapon blueprints.

Those XP boosts were even bigger with the help of those Double XP tokens I mentioned earlier. Along with Officer Rank challenges, which I’ll be sure to write about the first 50 next week, missions were XP gold mines that I fully extracted from thanks to a bit of Double XP.

With that in mind, here’s how I completed that Run ‘N Gun mission while my Double XP tokens were active:

1. Get 5 Headshots using an SMG

A simple start to this mission; you’ll complete this naturally while playing the game. Just be sure to aim for the head!

2. Get 50 Kills using an SMG in the Secondary Slot with Overkill

Go into your loadout, equip the Overkill Perk, and slot in whatever SMG you like as a secondary. Another easy challenge so long as you plan those loadouts accordingly.

3. Get 75 Kills using an SMG and while having Golem as your Coalition Operator

Oddly enough, I was already using Golem as my Coalition Operator because his Winter Warrior skin was featured in the 'Cold Blood' bundle. So, this was probably the easiest part of the mission to complete. 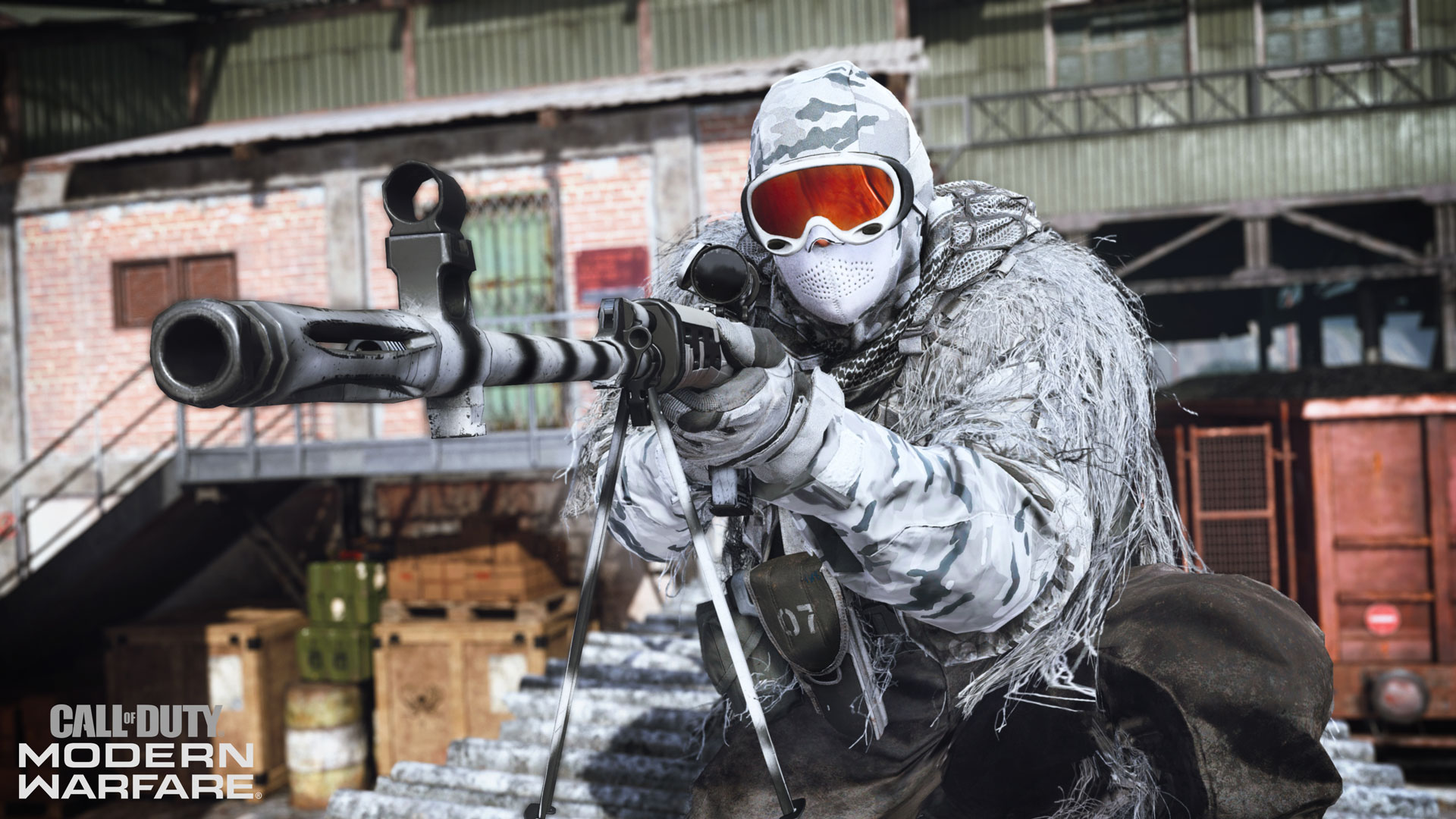 Bear in mind that, even if you are playing as part of the Allegiance in a Multiplayer match, progress will track for this mission so long is Golem is your selected Coalition Operator.

4. Get 100 Kills using an SMG and equipped with the Tracker perk

Much like the Overkill perk, this objective is as simple as remembering to use an SMG in a loadout with the Tracker perk.

Be sure to take full advantage of Tracker while using it; those footprint trails are an underrated piece of intel that may lead to more kills!

5. Get 20 Kills with an SMG in the Gunfight mode

Of course, I couldn’t use my ‘Area 51’ for this objective, but it did give me the opportunity to check out the two new Gunfight maps and the Gunfight O.S.P. mode that is now live and was also featured in Modern Warfare’s beta.

Skip past the final four objectives if you want to read my thoughts on it.

6. Get 90 Hipfire Kills using an SMG with a Laser attachment

Whether you like the stealthier 1mW Laser or the high power 5mW Laser, slap a Laser on that SMG and aim from the hip.

You may want to do this mission while chasing the Dragon Camo challenge set for an SMG. That way, you can get 90% of the kills needed to unlock the final pattern (Foliage) and unlock nearly every other camo pattern in the set.

7. Get 50 Kills with an SMG and equipped with the Double Time perk

Take running and gunning literal by using a loadout with the Double Time perk.

You may naturally get this objective cleared, as Double Time is a fantastic perk choice for any SMG loadout, so get out there and run wild with that double Tactical Sprint duration!

Well, one of these objectives is not like the others!

Equip the Throwing Knife in a loadout and get to chucking them at anyone and everyone within range.

Throwing Knives can be tricky to handle at first, especially because they have an arc after they are thrown. However, the closer you are to an enemy, the less that this arc becomes a factor.

If you’re having difficulty getting kills with these knives, try playing stealthily (i.e. using Dead Silence, sneaking behind enemies) and throw them within a few feet of an unsuspecting enemy.

9. Get 30 Kills using an SMG on enemies near smoke

The final objective involves the use of Smoke Grenades, which is the third piece of  tactical equipment that can be unlocked.

A recent patch made it possible to see through smoke with the use of thermal sights, so it may be wise to use a thermal optic on an SMG, throw a Smoke down near or at an enemy, and take out the (hopefully) confused foe. 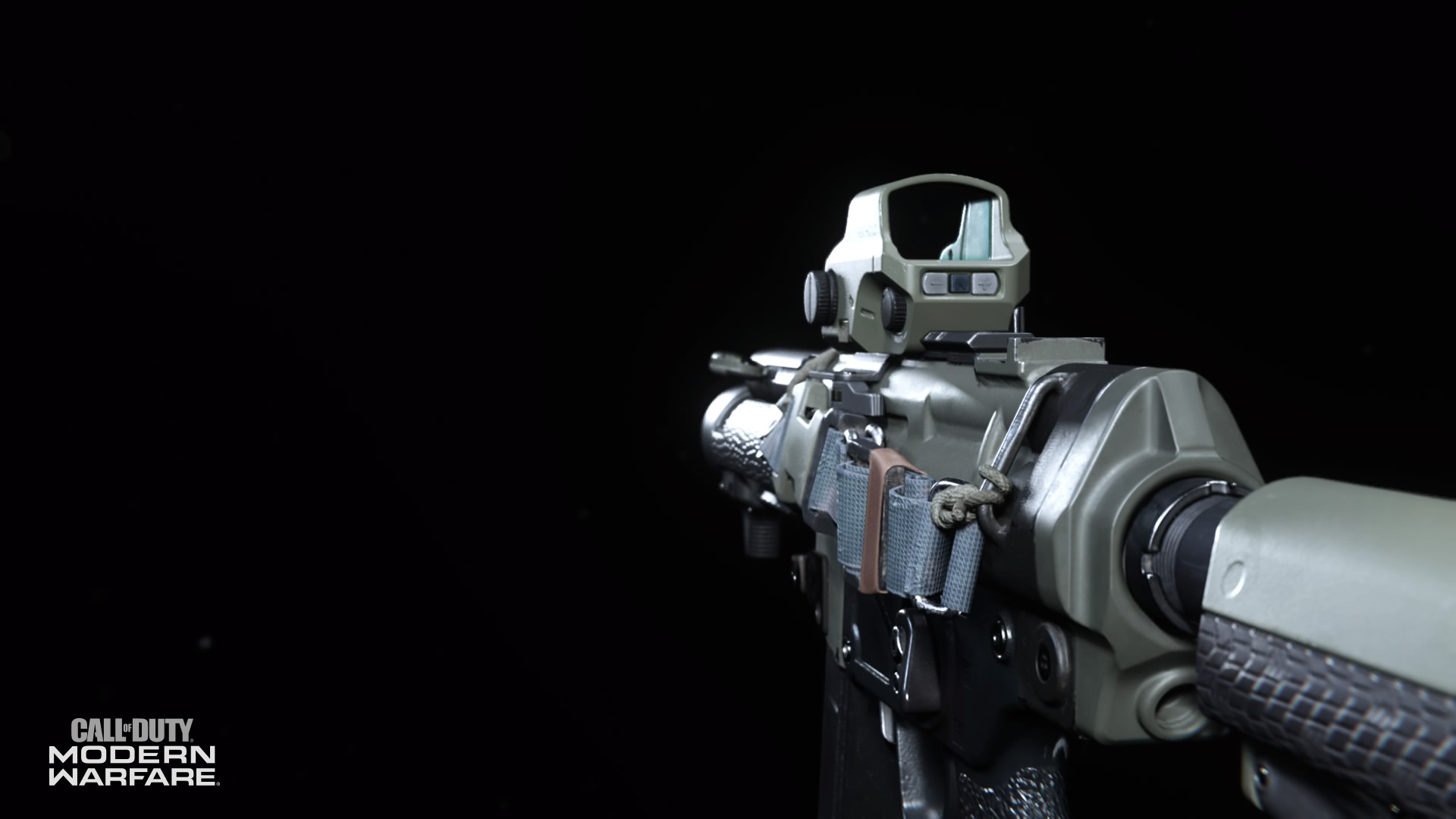 After completing this mission set, I was rewarded with the ‘Heat Cycle’, an interesting SMG that combines some high mobility attachments with a slower firing, yet more powerful, 10mm caliber magazine. While this Legendary blueprint was a great reward, the journey to earn it was just as awesome, as it allowed me to see what is new in the world of Gunfight.

This past week, Gunfight O.S.P. made its grand return after being featured in the Modern Warfare Beta. O.S.P., or On-Site Procurement, takes the Gunfight formula and adds the twist of having to create your own loadouts by collecting weapons and equipment in the field.

Here’s a glimpse of the article we wrote on Gunfight O.S.P., which I read over before diving into the new mode:

·      Initial Strategies: At the beginning of the match remember no one has weapons. If you’re a player that prefers short-range engagements, you could consider pushing up. Use the initial weapon scramble to close the gap, then pick up a weapon and surprise your target. This is a risk versus reward strategy, because you may be spotted and fired on before you can grab a gun. If you can manage some sneaky stealth action, things may go in your favor.

·      Gun Location Intel: Knowing the map is important for all Gunfight matches, but knowing where you can find specific weapons is an extra bit of intel that gives you a high Gunfight O.S.P. I.Q. Play through a couple of matches to get a feel for the weapons, and their locations. Or head to a Private Match and select On Site Procurement in the Game Rules menu to get a complete lay of the land outside of the intensity of Public Matchmaking.

·      Pick Up Two Weapons: If you find one weapon you like, great! But, it’s always good to pick up a pistol. If you happen to run out of ammo with your primary, having a backup can be a lifesaver. Remember switching to your pistol is always faster than reloading. 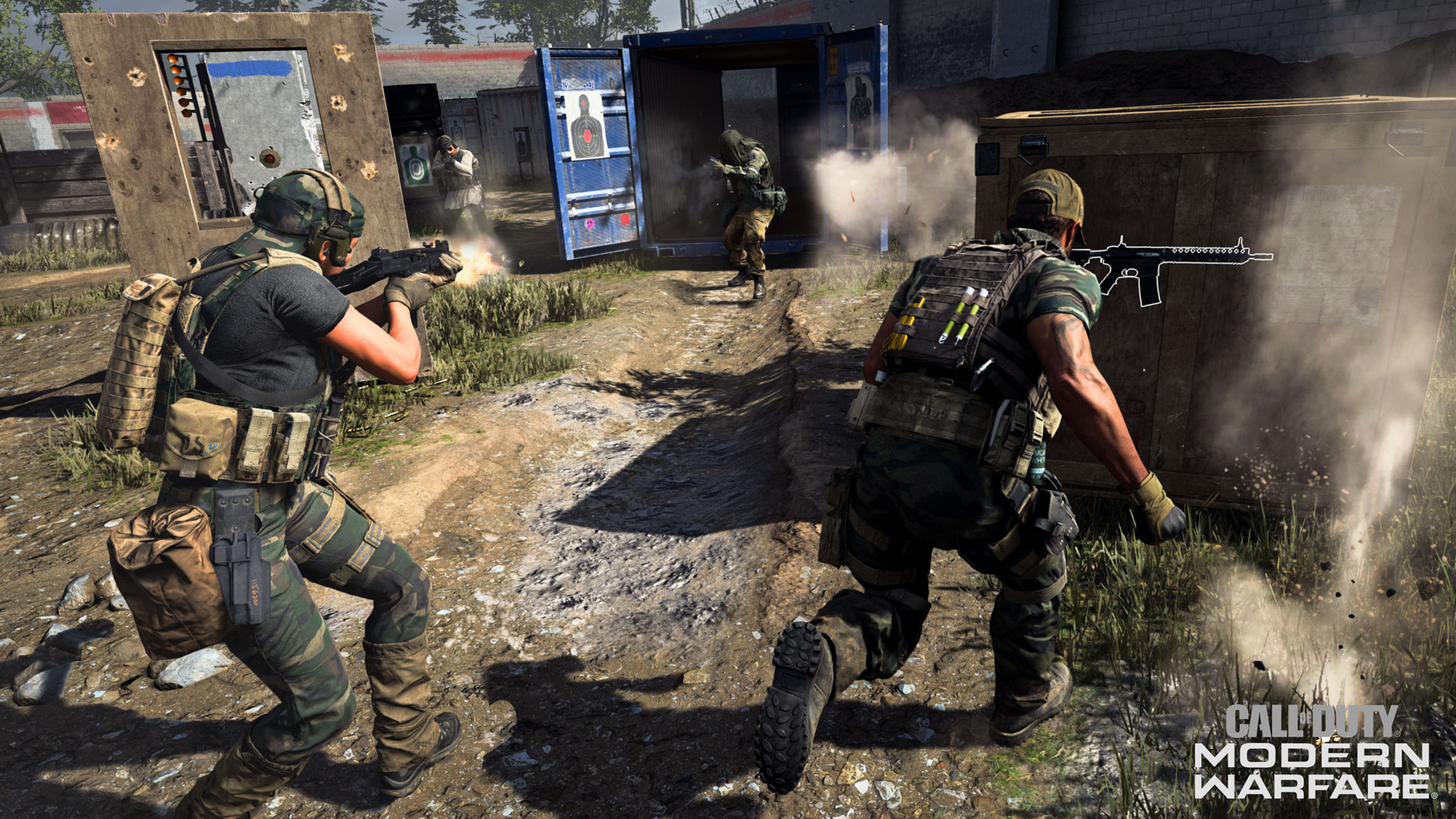 Those tips came in handy while checking out Atrium and Cargo, two maps that were just added to the Gunfight rotation. Atrium juxtaposes the absolute beauty of a quiet palace with a design built for frenetic cage matches, while Cargo, based on the ship from the classic Call of Duty® 4: Modern Warfare® campaign mission Wet Work, is a larger map with some unique verticality and engagement opportunities.

You can read our guide to Atrium here, and our Cargo overview here.

As I mentioned in my last Rank Up Report, Season One has already brought a ton of new content to Modern Warfare, with more to come. For the content available now, I have yet to talk about the new Ground War map, the RAM-7, Special Ops experiences, and other new Multiplayer game modes… And there is even more content planned to be released including new maps and new modes next week.

There is no shortage of reasons to play Modern Warfare right now, so with that said, I’m hopping back on the sticks and diving back into this game.