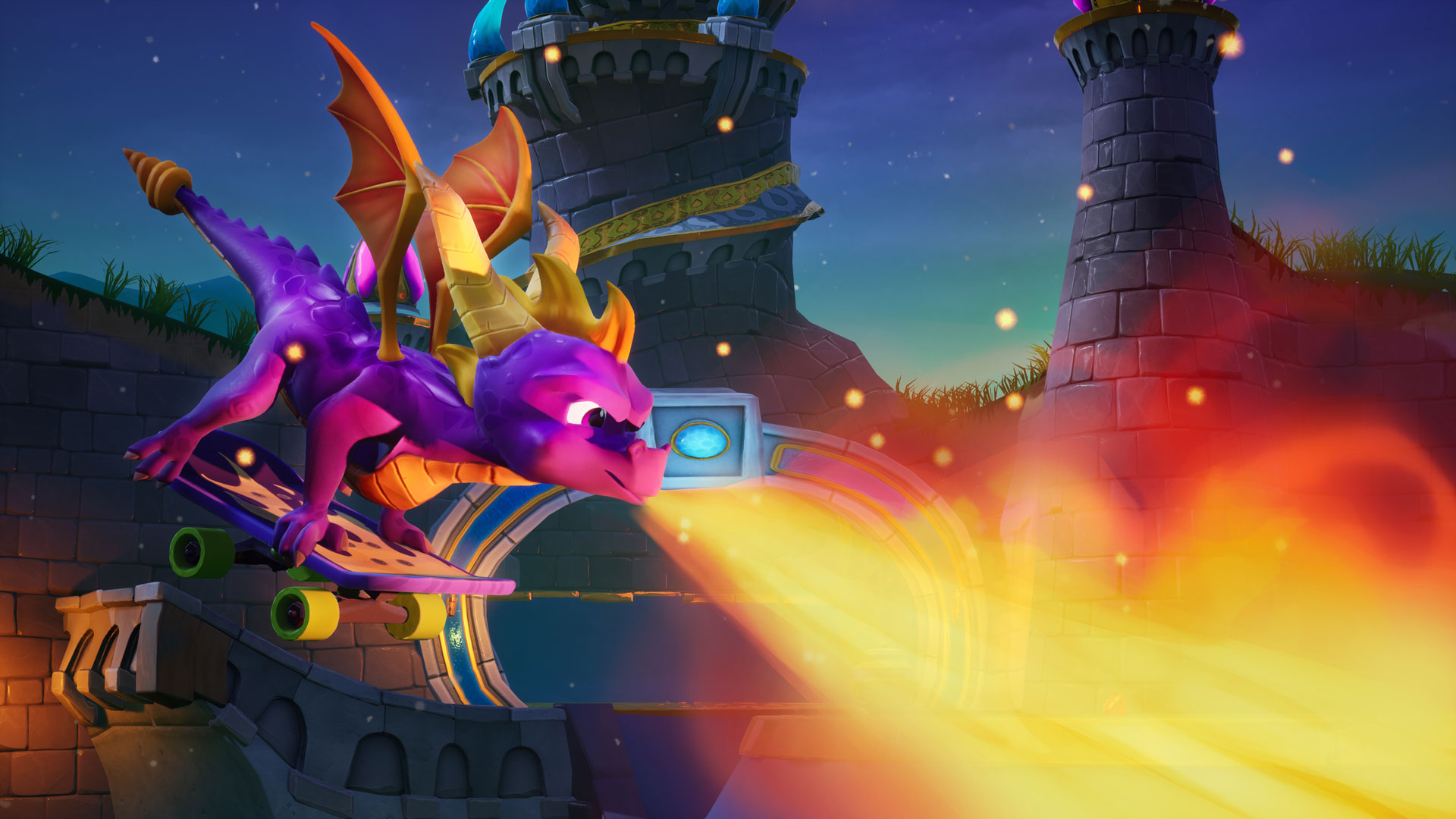 Available Now: Spyro is bringing the heat to Nintendo Switch™ and PC via Steam!

Get fired up! Spyro is soaring to new platforms: Join the celebration with lead developer studio Toys For Bob in a special livestream, and play Spyro™ Reignited Trilogy today!

Return of the Dragon!

Spyro is spreading his wings and landing on Nintendo Switch and PC (via Steam) today, September 3rd! You can now play the Spyro the Dragon™, Spyro™ 2: Ripto’s Rage!, and Spyro™: Year of the Dragon in one remastered videogame; the Spyro Reignited Trilogy. Nintendo Switch fans can take the game on the go, while PC fans can look forward to playing with up to 4k graphics and an uncapped framerate, on supporting systems. 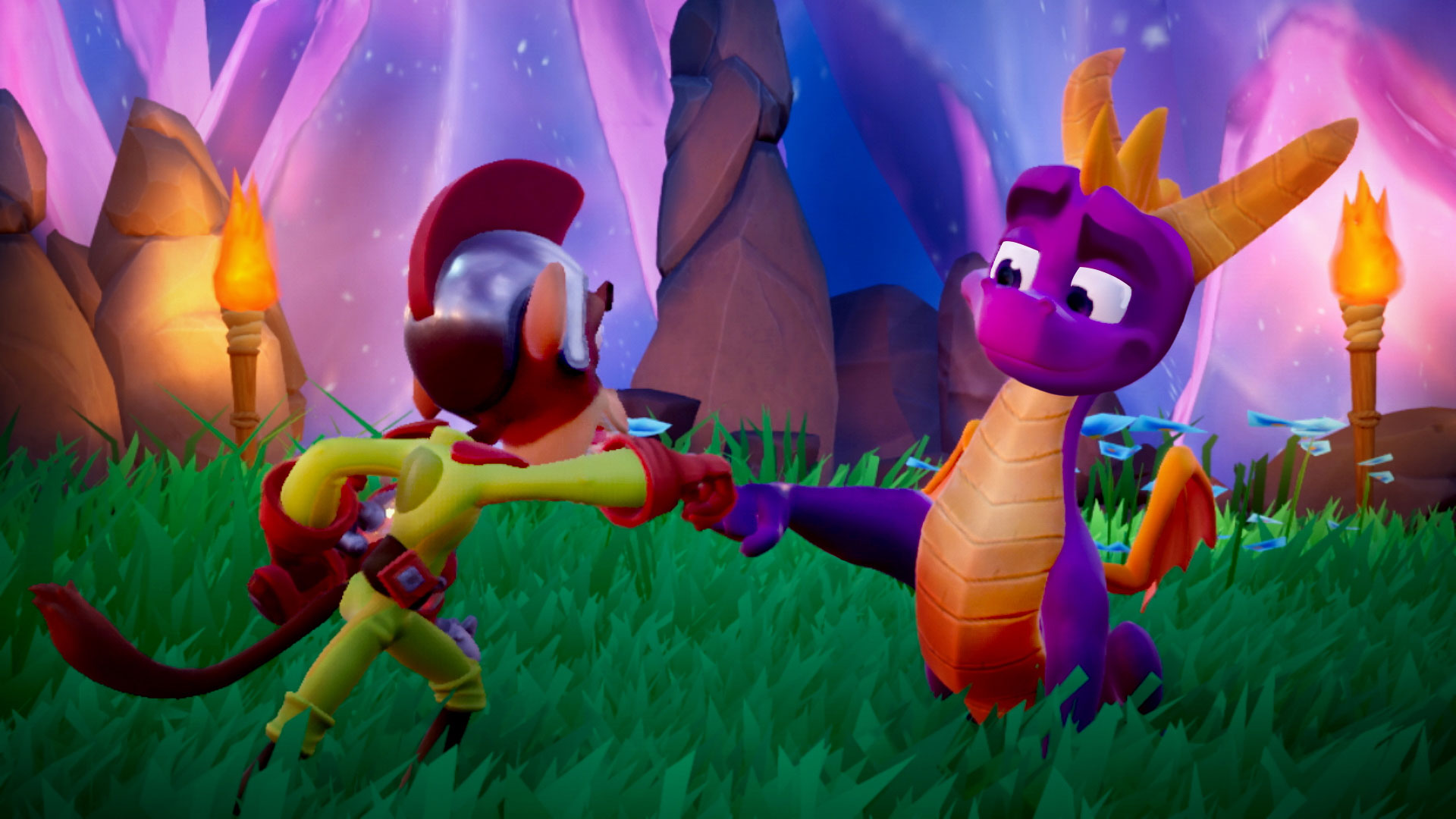 We’re celebrating 21 years of Spyro saving the world as lead developer Toys For Bob invites you to a special live stream on the Games Done Quick (GDQ) Twitch channel. The festivities start at 10AM PDT on September 3rd. Expect a dragon’s eye view into how the studio is commemorating the launch of the game, and how you can join in the fun, too! 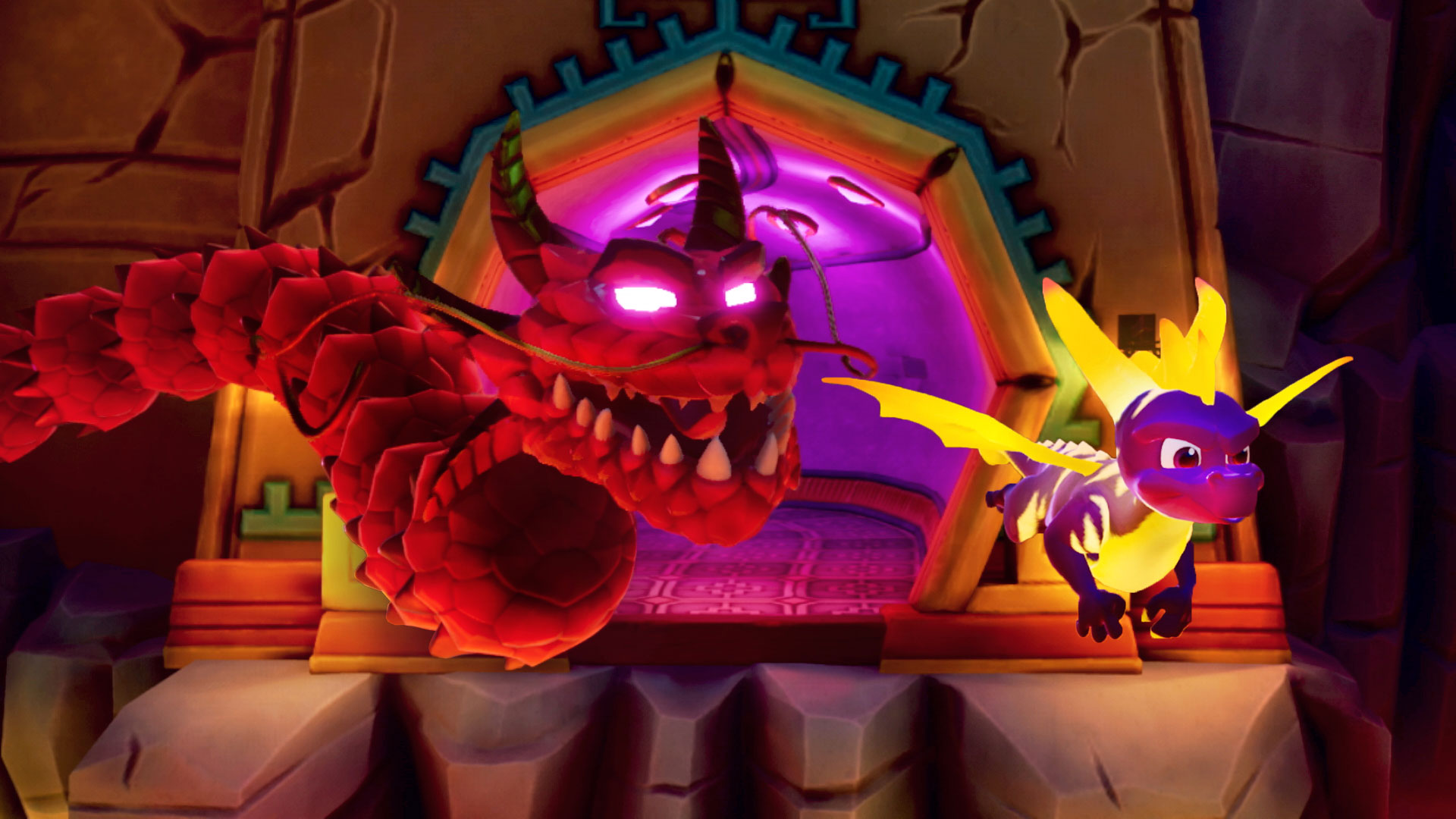 Explore every Realm, Find every Friend, and Face every Foe

Whether you played the memorable and exciting game during the 1990s, or you’re a new fan of everyone’s favorite purple dragon, the trilogy features over 100 levels  and of course Spyro’s crew of eccentric pals (including Sparx the Dragonfly, Hunter, Sheila, Agent 9 and Sgt. Byrd) and much more! The trilogy also provides players an enhanced experience with beautifully rendered environments, enhanced controls and awe-inspiring cinematics for added flare in these epic adventures. 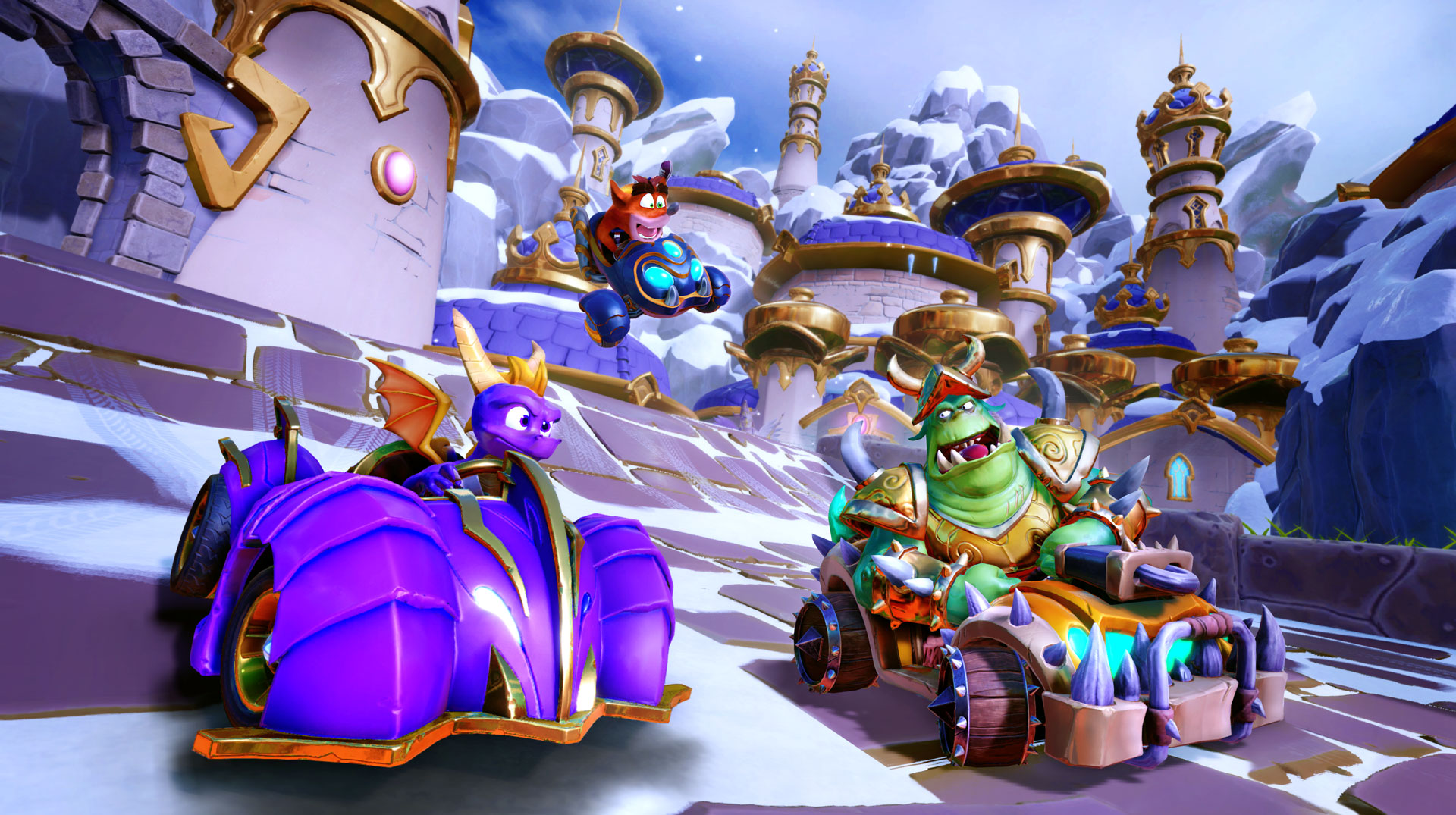 Spyro is also making an appearance in Crash™ Team Racing Nitro-Fueled too; in fact there’s an entire Grand Prix named and themed after him! Find out more about that here!

Spyro Reignited Trilogy is available now on the Nintendo Switch™, PC (via Steam),  PlayStation® 4 and the family of Xbox One devices from Microsoft, including the Xbox One X.