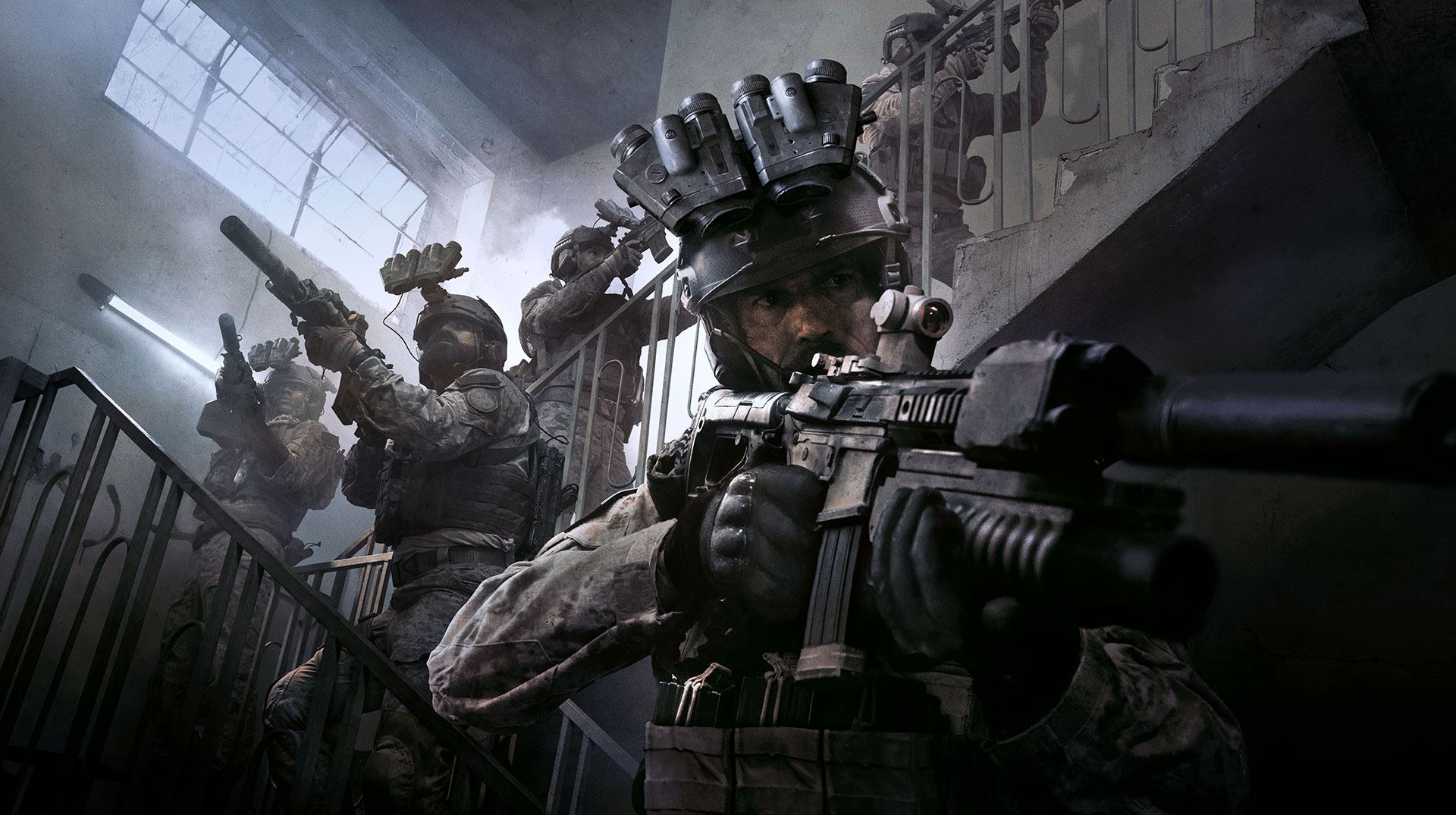 Need to know when, where, and how to watch the Call of Duty: Modern Warfare Multiplayer Premiere this Thursday, August 1? Read on for all the important details!

Stand by to Witness the Modern Warfare Multiplayer Universe!

Beginning at 10AM PDT this Thursday, get a first look at the ultimate online playground. Expect a deep look at Modern Warfare’s incredible Multiplayer gameplay, bringing new levels of strategic and tactical play that’s both action-packed and grounded with immersive and impactful aesthetics. And this is just the start…

Be sure to watch Twitch.tv/CallofDuty, starting at 10AM PDT on August 1: 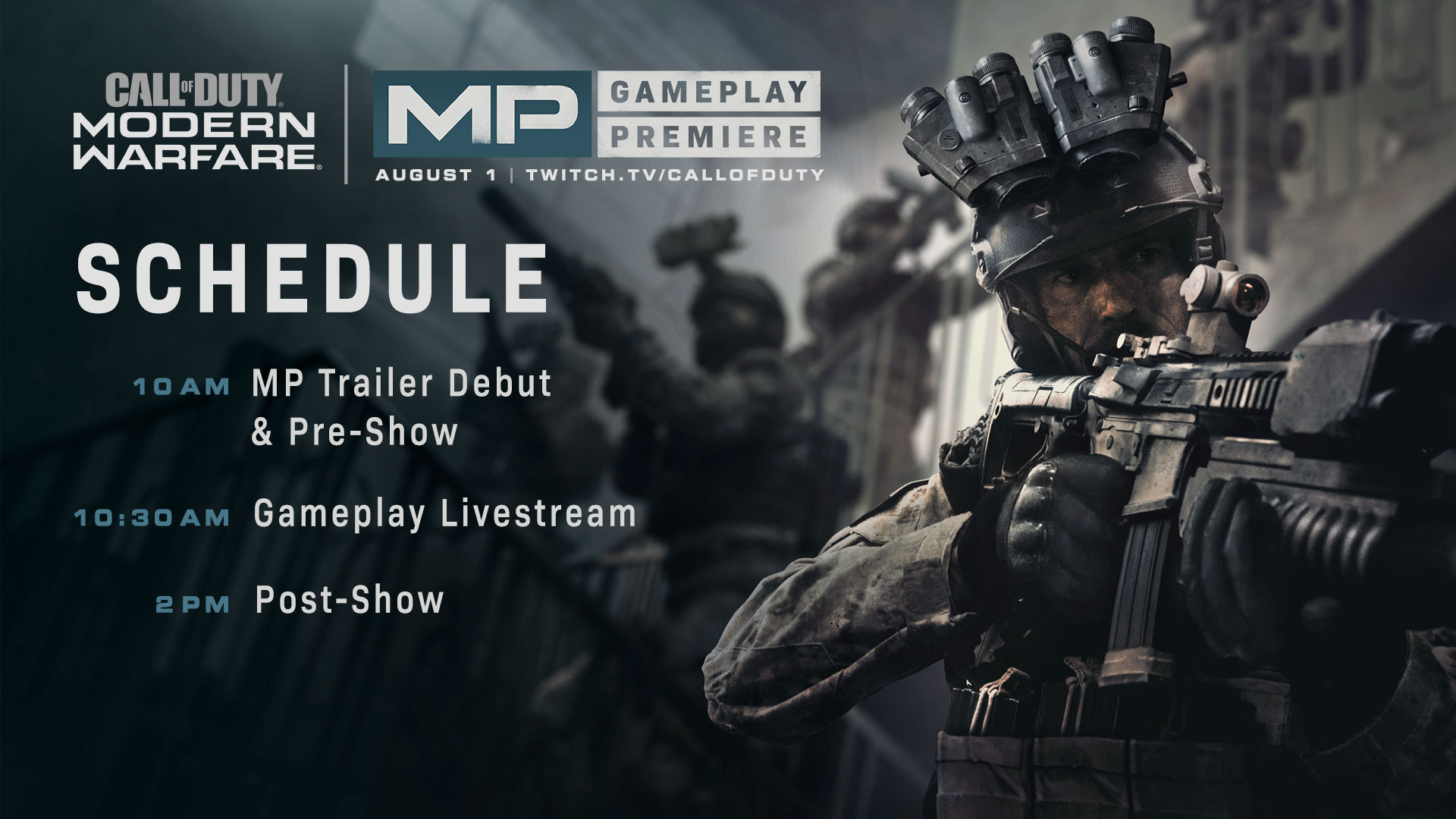 Beginning at 10AM, we will start proceedings by bringing the action with the debut of the Modern Warfare Multiplayer Gameplay Trailer! Then watch the pre-show where Infinity Ward’s developers explain their design goals and vision for Multiplayer, how they’re bringing the most weapon choices in Call of Duty history to the party, along with an overview of the maps, game modes, and a number of other surprises… with the Multiplayer Gameplay Reveal just moments away!

The Multiplayer Universe is revealed as multiple gameplay Livestreams go live! Expect some of your favorite, top-tier Twitch streamers and content creators from around the world to simultaneously stream Multiplayer games live to their own Twitch channels, all from inside the Call of Duty: Modern Warfare Multiplayer Arena!

Be here to witness as livestreamers challenge (as well as team up with) each other across multiple game modes! This spectacle will include epic firefights using a wide variety of Operators, Loadouts, Killstreaks, and Field Upgrades across a number of brand-new maps, some with day and night-time variants. Expect bragging rights, hurt feelings, explosive and adrenaline-soaked match-ups, and insanely competitive combat! For a complete Livestreamer Line-up, check Call of Duty on Twitter right now!

When the dust has settled, the epic Livestreamer confrontations have been resolved, and the spectacle of brand-new Multiplayer is still fresh in your mind, stick around for the Post-Show, when we’ll reveal more details on some pre-launch plans, check out another surprise or two from Infinity Ward’s developers, and gain more knowledge about how we’re planning on making Call of Duty: Modern Warfare the ultimate online playground.

First of all, be sure to tune in to Twitch.tv/CallofDuty at 10AM PDT to watch the Multiplayer trailer, before watching interviews, overviews, and other surprises straight from the developers at Infinity Ward.

You can stay at Twitch.tv/CallofDuty, where we’ll be moving from game to game, showing you the most intense and outlandish match ups, and offering color commentary on exact what’s happening.

·      You can watch any of the attending Livestreamers’ individual Twitch channels

·      Call of Duty® WWII fans are able to watch the event from the Theater: Expect to obtain a Contract that grants you a Weapon Bribe, just for tuning in!