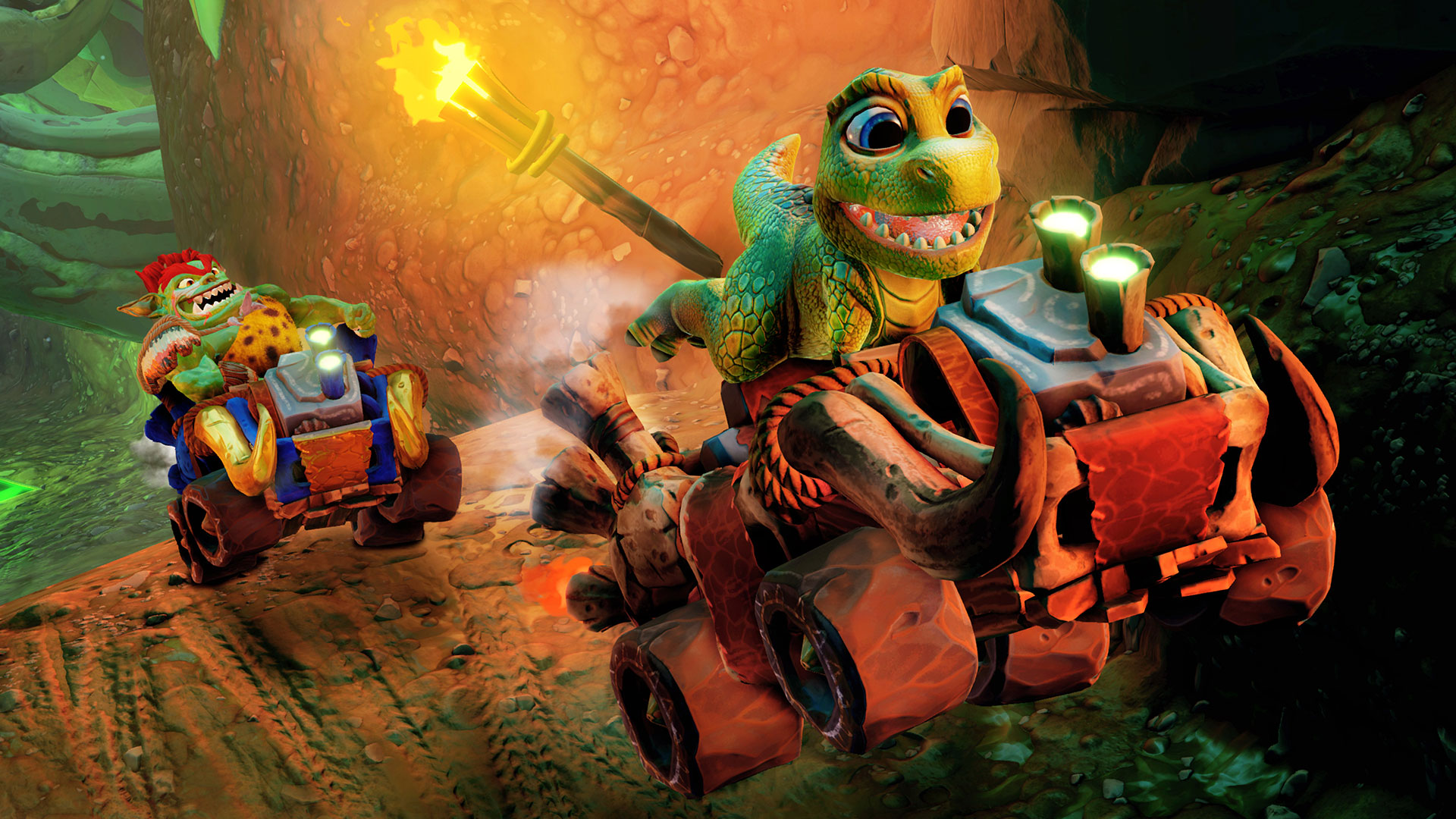 Players have been racing, power-sliding, boosting, and battling their way through the Nitro Tour Grand Prix in order to unlock all the sweet rewards found in their Nitro Gauge and in the Pit Stop*. They’ve raced on a brand-new track, Twilight Tour, which has given them a look at the Ancient Middle East inspired by levels from Crash Bandicoot™ 3: Warped. They’ve also competed with sweet new rides, like the Rocket Kart, which they’ve decked out with international flair to rep their country in style. 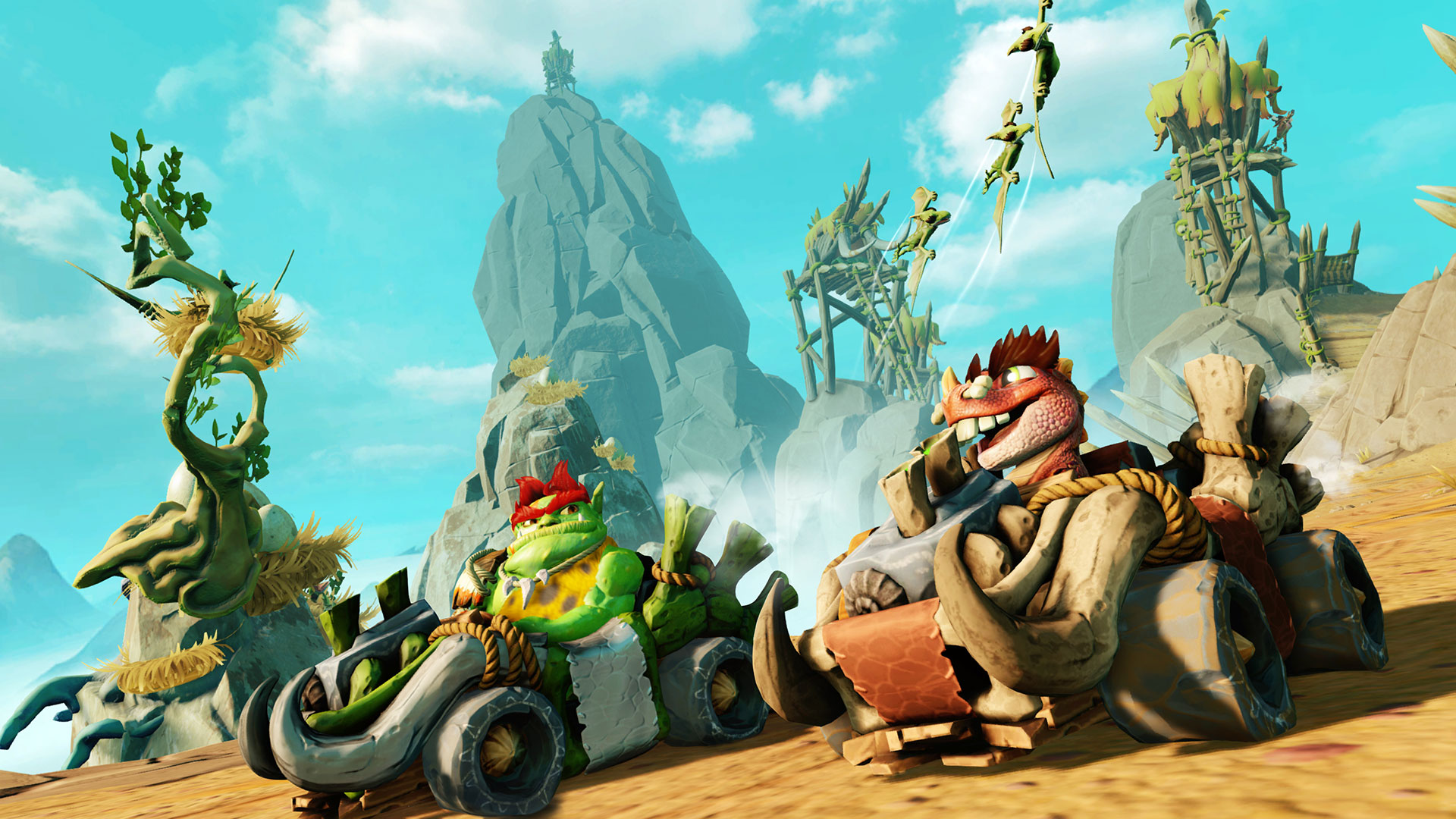 Now that the fun of the Nitro Tour Grand Prix is over, we’re here to tell you that you better be ready for it to pick right back up again, since the Back N. Time Grand Prix starts this Friday, August 2nd at 7:00 AM PDT (2:00 PM UTC)**. And as a reminder, the Grand Prix is free for anyone who has purchased the game and who has an internet connection.

With the Back N. Time Grand Prix, N. Tropy’s time-bending staff has thrown Crash and the gang back to the days when dinosaurs roamed the land – and they soon find out things looked much more… fake… back in these Prehistoric times. As with the first, this Grand Prix season will come with new characters, skins, karts, customization items, and of course, a new track. After the start of the Grand Prix, all players should have to do is boot up the game, download the game update (which starts automatically in most cases), and they’re ready to jump in!

Let’s dive into each of the Back N. Time Grand Prix’s offerings: 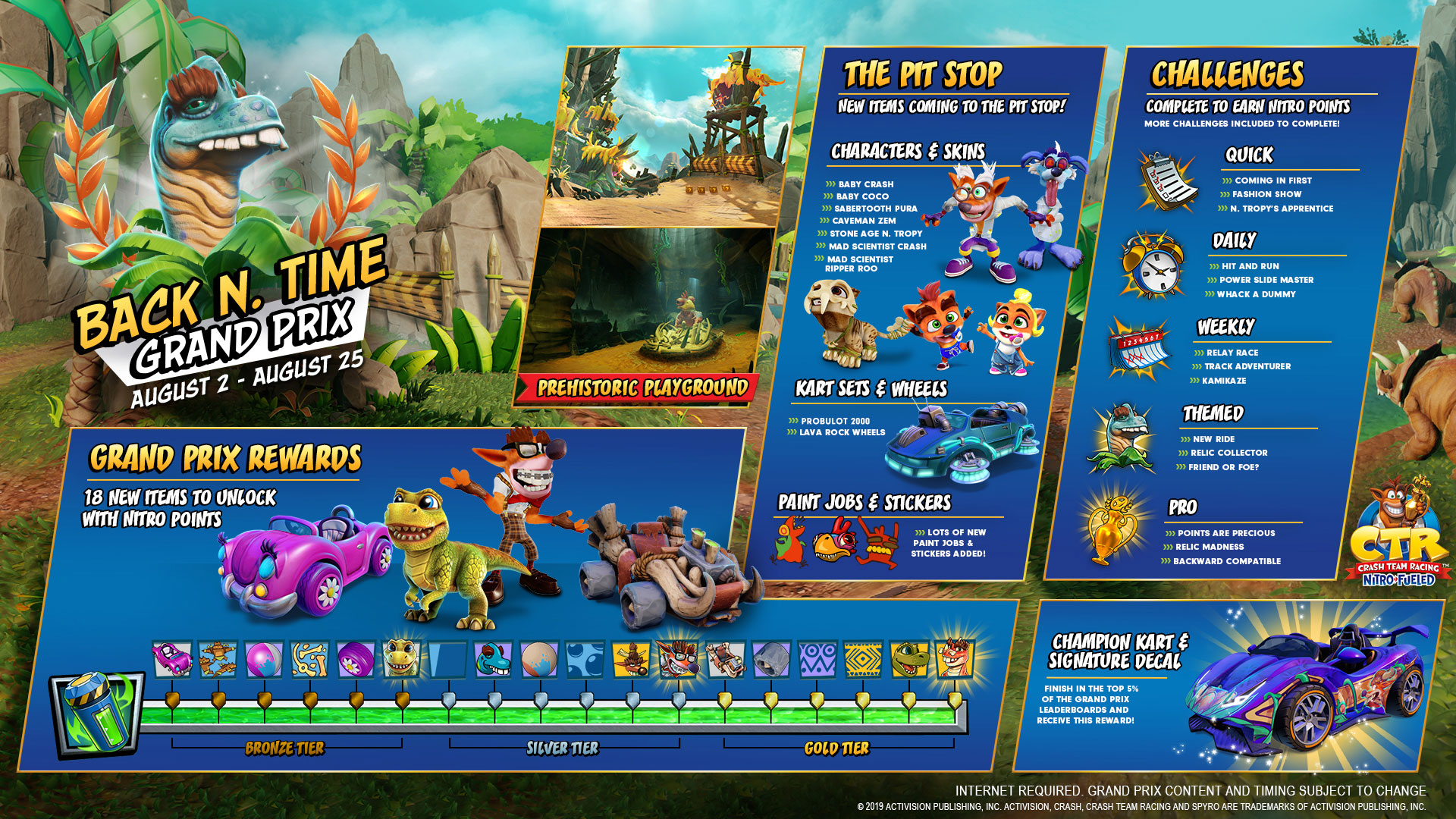 Behold the wonder of Prehistoric Playground! The new track for the Back N. Time Grand Prix will immerse racers in an epic world with Jurassic-sized flora, violent geysers bursting from the ground, caves with mysterious wall-paintings, and of course, giant dinosaurs roaming the land. There are also some other, strangely familiar, characters throughout – let’s just say that Fake Crash would feel very comfortable in this Prehistoric world home to an ancient tribe that bears a striking resemblance….

Ramp yourself off a “Fake” Diplodocus’ tail, launch into the air with one of the violent geysers, get ahead with one of the track’s shortcuts – be ready for a dynamic new racing experience with Prehistoric Playground! 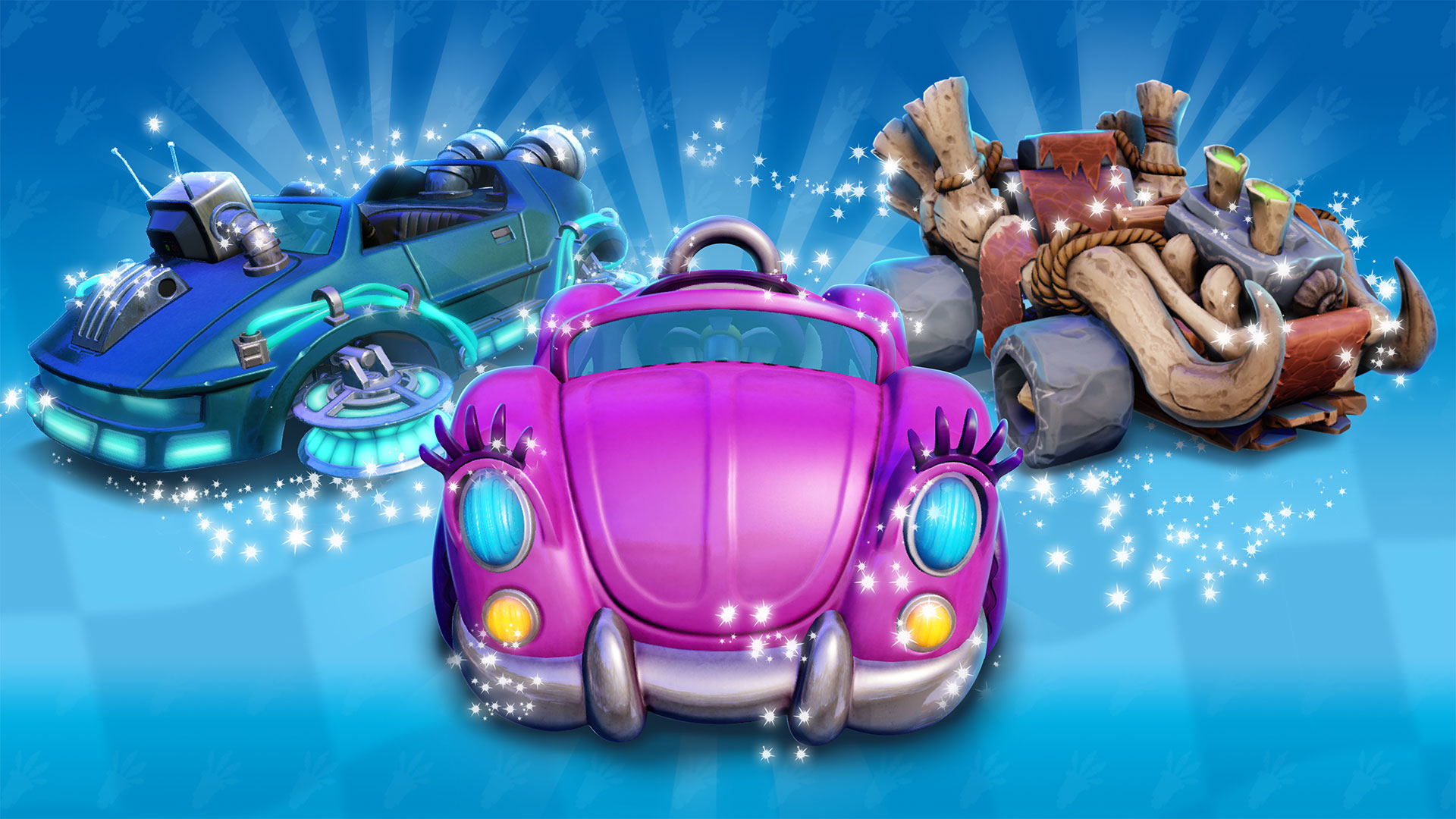 The Back N. Time Grand Prix will bring a whole new suite of rewards that players can earn by completing challenges and filling their Nitro Gauge. New items include the Nostalginator and Mammoth Karts, the “Dashing” Fake Crash skin, and Cave Painting stickers. Baby T. will also make his debut in CTR as a Grand Prix reward character for completing the Bronze Tier of the Nitro Gauge, with a “Fake” Baby T. skin being the final item in the Gold Tier.

With 18 new items to earn through your Nitro Gauge, be ready to complete those challenges and earn those Nitro Points*. 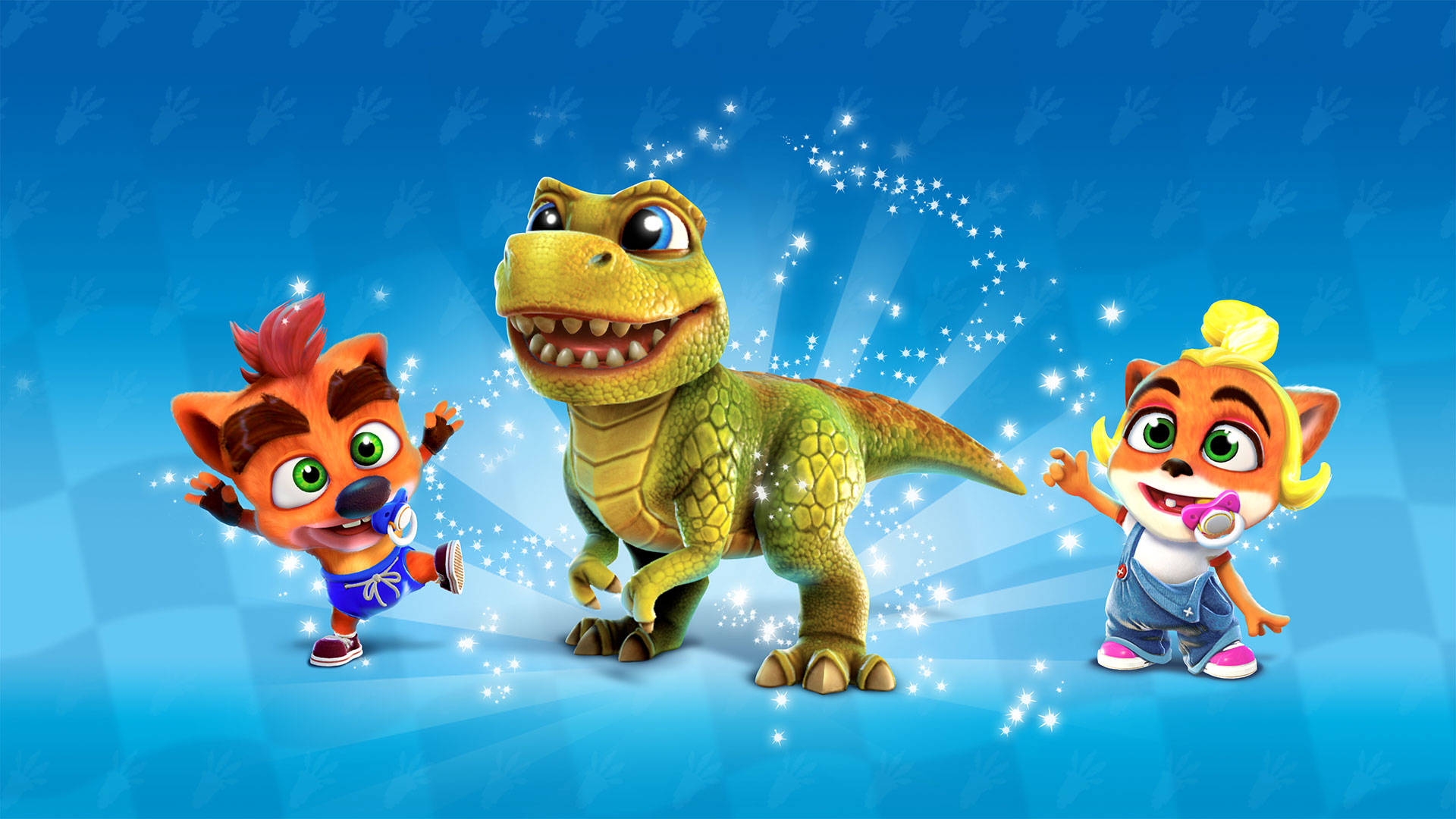 New Characters, Karts, and Styles in the Pit Stop*

And if that wasn’t enough, the Pit Stop will be filled with new characters, karts, skins, and kart customization items for players to unlock and show off a whole new style. Highlighting the additions are a couple of adorable, tiny versions of Crash and Coco. There has been a rift in the space-time continuum on the journey back in time, bringing infant versions of Crash and Coco to the Stone Age! Don’t let the pacifiers fool you, though… Baby Crash and Coco are ready to wreak some havoc on the racetrack!

It’s true that we’re going Back N. Time during this Grand Prix season, but we can’t do so without bringing some futuristic flair. During this Grand Prix, players will be able to unlock the Probulot 2000 in the Pit Stop, the beloved kart from Crash™ Tag Team Racing.

New skins, like Mad Scientist Crash, Sabertooth Pura, and Stone Age N. Tropy (to name a few) will be making their way to the Pit Stop so that players will be able to give some of their favorite characters a fresh look. There will also be ways to intimidate the competition all around the track with new kart customization items like the flame-flaring Lava Rock Wheels.

As always, the Pit Stop will be stocked with new and returning characters and cosmetic items, which players can unlock using Wumpa Coins*. With all this content available, there will also now be a way for players to fast-track their Wumpa Coin collection if they like. Starting in early August, players will have the option to purchase Wumpa Coin bundles from their game console stores to supplement the Coins they earn by playing. This option won’t change the game’s core mechanics – players will still earn Wumpa Coins by playing the game in any mode, just as before. They will just able to purchase additional coins if they choose. 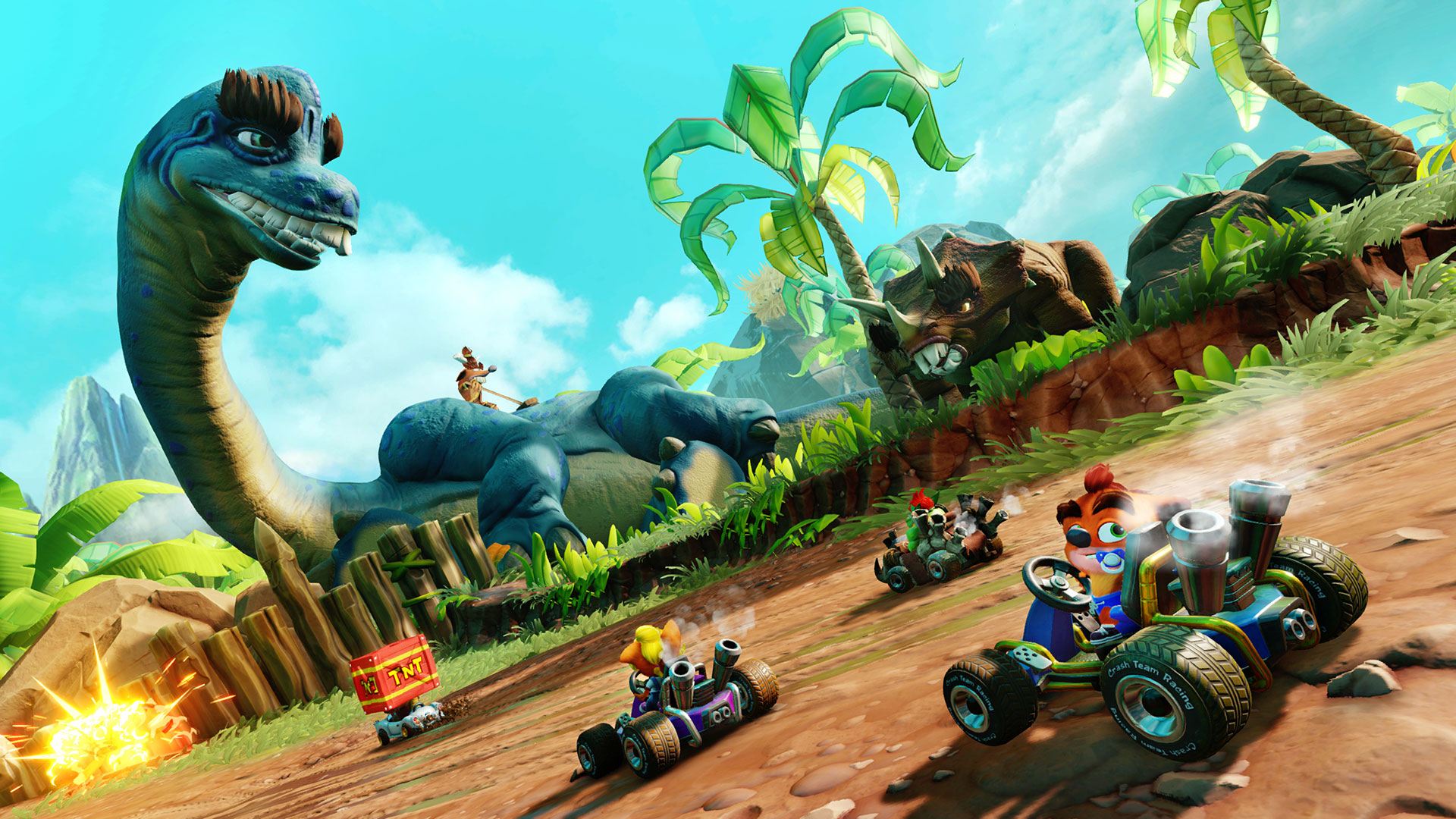 New Challenges for a historic season

Now that you know more about the new items and rewards coming with the Back N. Time Grand Prix, let’s talk about the challenges players will take part in to earn Nitro Points and fill up their Nitro Gauges.

In this Grand Prix, the Quick, Daily, Weekly, Themed, and Pro challenge sets will return, with many of the same challenges that fans remember from the Nitro Tour Grand Prix. There will also be new challenges scattered throughout for players to face. There will be more straightforward new challenges like Power Slide Master where players have to power slide for a certain duration of time. There are also new challenges that will test players’ mettle, like Backward Compatible, where the player must complete a lap with the reverse camera on the entire time. 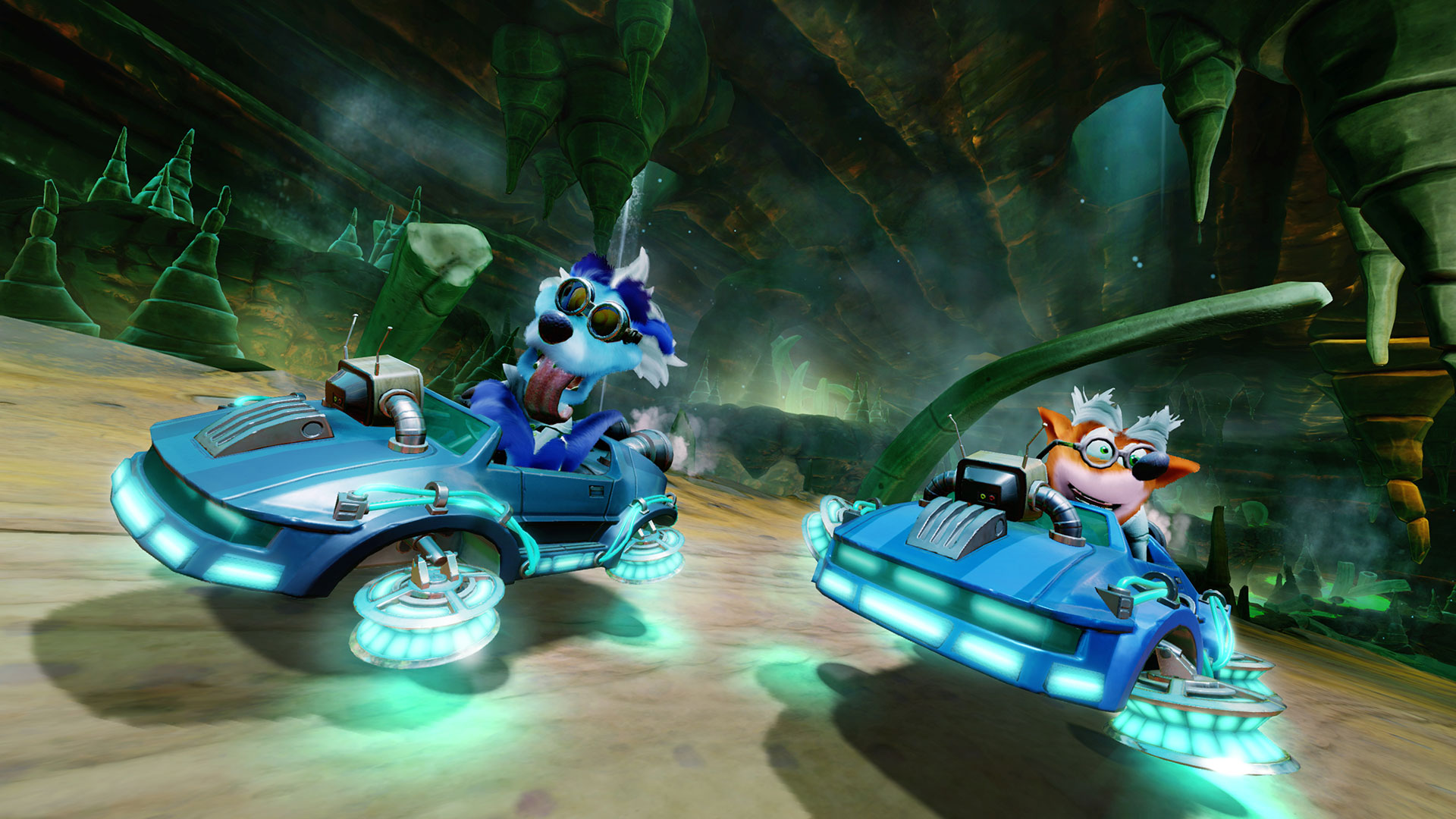 Climbing up the Back N. Time Leaderboards

Those that finish in the top 5% of either leaderboard will get the Champion Kart (if they don’t have it already), and a brand new Signature Decal for the Back N. Time Grand Prix! 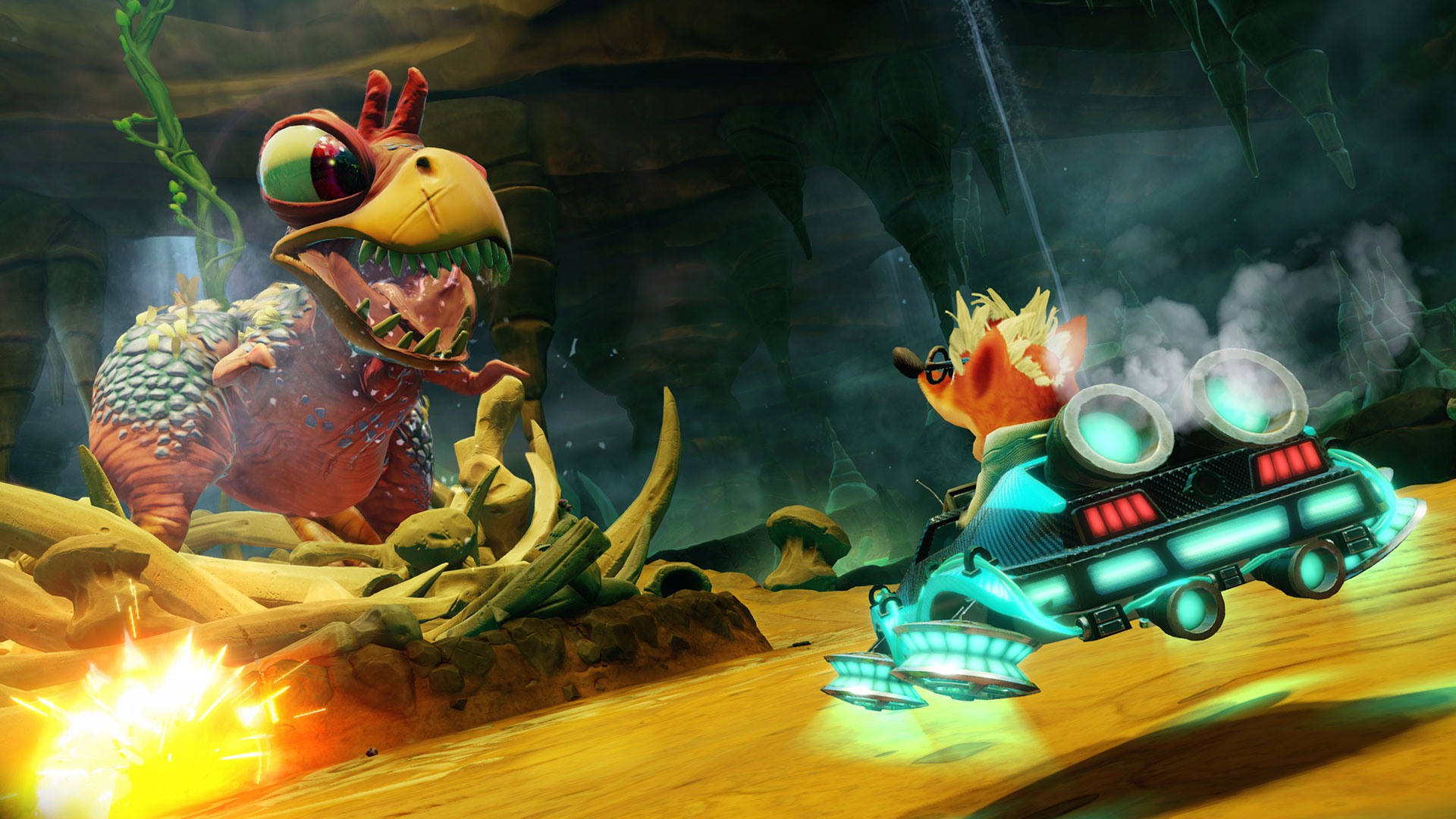 A peek at what’s next

Now that you know all that’s coming with CTR’s mad dash into the past with the Back N. Time Grand Prix, we also want to give a little glimpse into what the future holds. It’s no secret that Spyro is crashing the Crash Bandicoot party in Grand Prix Season 3 (and we can’t wait to give you the full details on his season as we get closer to it).

But we’re also excited to let fans know that they can expect more of their favorite characters from the Crash Bandicoot universe to join in on the Nitro-Fueled fun in the seasons after. Get ready for characters like N. Brio, Nina Cortex, and Komodo Moe to start shredding up the racetrack soon!

But first… get ready to go Prehistoric on August 2nd!