The historical significance behind these real locations where fierce engagements took place during World War II.

In the Call of Duty: WWII Multiplayer Beta, players have played maps set in such locations as Aachen, the Ardennes Forest, Gibraltar, and Pointe Du Hoc, which are based on historical sites of actual World War II battles. We spoke with Marty Morgan, an author and historian, who specializes in World War II military history and who has been advising Sledgehammer Games.

Aachen stands out because it was an early urban battle for the United States Army. The Army had endured their first urban battle in Cherbourg, France, prior to this, immediately after the D-Day landings, but the Battle of Aachen was another early test for them. As the Allies continued to push onward to Germany, on October 2, 1944, elements of the 26th Infantry Regiment of the 1st Infantry Division closed in a surprise, hurried move to get within striking distance of the downtown city center of Aachen, a city on Germany’s western border.

The 26th maneuvered into a position where they could cut the city off, surround it, and then reduce it. Then, over the next 19 days, heavy combat ensued through the streets of the city. The German force defending it consisted of about 13,000 men, and they supplemented that number with 5,000 Volkssturm – males between the ages of 16 and 60 who were pressed into military service.

While the aggregate number of American fighting forces in Aachen approached 100,000 soldiers, it was mainly the 26th Infantry Regiment doing the heavy lifting, in terms of penetrating in the city streets.

One of the critical elements for the successful conduct of an urban battle is the use of overwhelming firepower and support of advancing infantry forces. So, in the case of Aachen the US army forces were advanced with a large amount of fire support, including tank fire support, and with tank destroyers. And these were, for the most part, from the 3rd Armored Division, who advanced forward with the assistance of firepower from a 155mm self-propelled gun that they wheeled into the streets. The 3rd Armored Division used this powerful weapon as a means of battering down Axis strongpoints. In that usage, it's a very effective weapon.

After battling for 19 days, with much destruction across the city, Aachen became the first big German city to be captured by US forces during World War II.

The Ardennes Forest was the location for the Battle of the Bulge, beginning on December 16, 1944, and extending all the way into January 1945. The Battle of the Bulge did not occur entirely in the Ardennes Forest, but it was a significant component of what transpired in that battle, and at that stage of the war it became the largest land battle the United States military fought in during World War II.

The Battle of the Bulge plan originated from the German side, with the goal of Germany making one last dash to recapture the port city of Antwerp in Belgium. Adolf Hitler himself thought that by launching this major offensive operation at the spot where the U.S. 12th Army Group met on its flank with British Army Group, they could drive a wedge between the British and Americans, which would then trap the entire British Expeditionary Force. 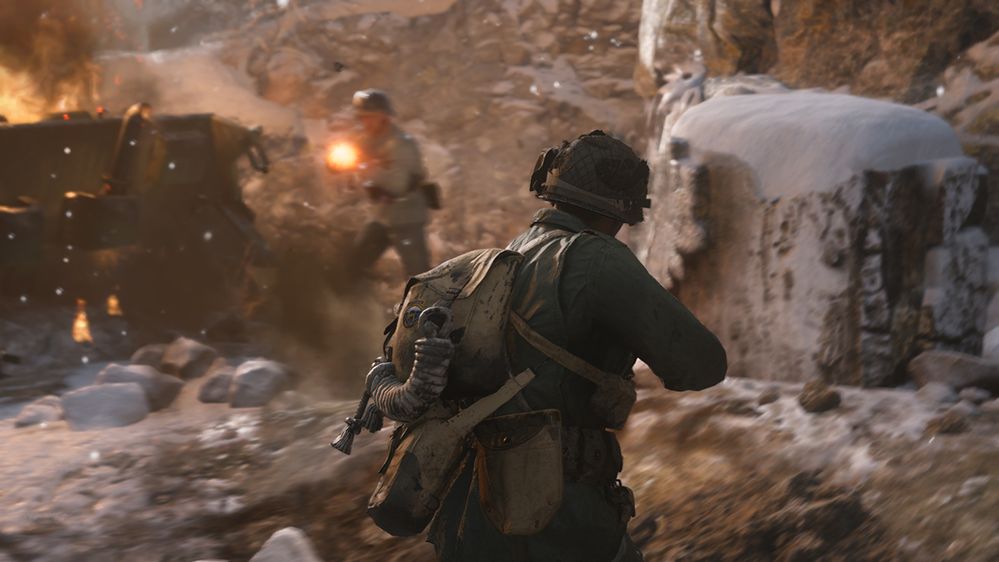 Additionally, it was believed that by exposing the United States to an extremely kinetic period of combat operations, the Axis would have the effect of exhausting the Americans. There were multiple routes of advance planned by Germany during this overall Ardennes Offensive that would also include an all-out attack on U.S. forces in Southern Belgium and Northern Luxembourg in an effort to overwhelm the Americans.

The German Army also aspired to eventually include a series of fighter sweeps designated as Operation Bodenplatte, an attack by Luftwaffe forces on American fighter bases in France, and the thought was that the combination of all of these elements would so thoroughly and significantly weaken the Allied resolve, after their battles in Normandy and across France, that the Allied fighting forces would then have to enter into a peace agreement with Germany. If that goal was achieved, Germany could then shift to concentrate on fighting in the east against the Soviet Union.

Of course, the Allies had other plans.

Gibraltar was significant in World War II because it marks the choke point where the African continent and the European continent are closest to one another. It is the one narrow, critically important, strategic waterway separating the Mediterranean Sea from the Atlantic Ocean, and during World War II, this was an ideal location for a strategic advantage.

Throughout the course of the second World War the British had a presence at Gibraltar. The British had also fortified Gibraltar making it difficult for Germany to project their naval strength into the Mediterranean.

And yet, the situation early on looked promising for Germany and its allies, because of Germany’s alliance with Italy during this time. And the combination of the Italian Naval Forces and German Naval Forces had the potential to project a significant amount of power in the Mediterranean to control it. But by September 1943, this was not to be. 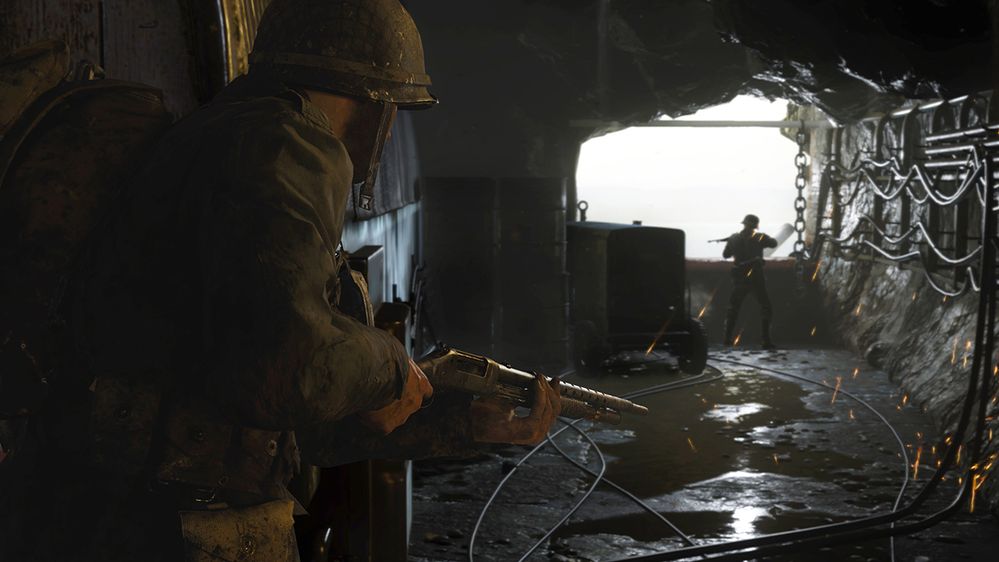 Due to the British forces stationed there, Gibraltar was always under Allied control during the war. but there’s an important factor to consider here, and that is that the Government of Generalissimo Francisco Franco in Spain also controlled part of Gibraltar: Spanish Gibraltar. And Franco's Spanish Government was technically neutral, although they were neutral with a very strong relationship with Germany. Having British Gibraltar right there next to Spanish Gibraltar, a declared neutral with a German ally brought a balance to the point where the Mediterranean and the Atlantic meet. And that is critical to the outcome of the war because it decided that there will be no German, Italian, and Vichy French domination of the Mediterranean.

The Germans had built a large number of defensive bunker networks and complexes on the five-mile wide cove that would ultimately become known as Omaha Beach. Twelve of these bunkers were specifically referred to as WNs, WN meaning Widerstandsnest Resistance Point. Theses WN complexes were spaced out at about 1200 yards apart so that machine gun fire could interlock from each one to the next. These were used for local defense to prevent boats or tanks from rolling up onto the beach.

Then they supplemented those locations with anti-ship batteries. Battery being simply a position for artillery that could project accurate artillery fire out into the open water. And it was artillery fire of sufficient caliber to penetrate the type of armor that you would find on, for example, a battleship. The Germans spaced these out at intervals of about 12 miles. So, in combination there were the local strong points in the form of the Widerstandsnests every 1200 yards, and then artillery batteries every 12 to 15 miles.

Pointe Du Hoc was one of those artillery batteries. Created in 1942, it was positioned three miles off to the west of Omaha Beach, and on it the Germans mounted six French 155mm long range guns there. These weapons were captured in 1940 when Germany invaded France, and were some of the best long-range cannons in the world at this time. 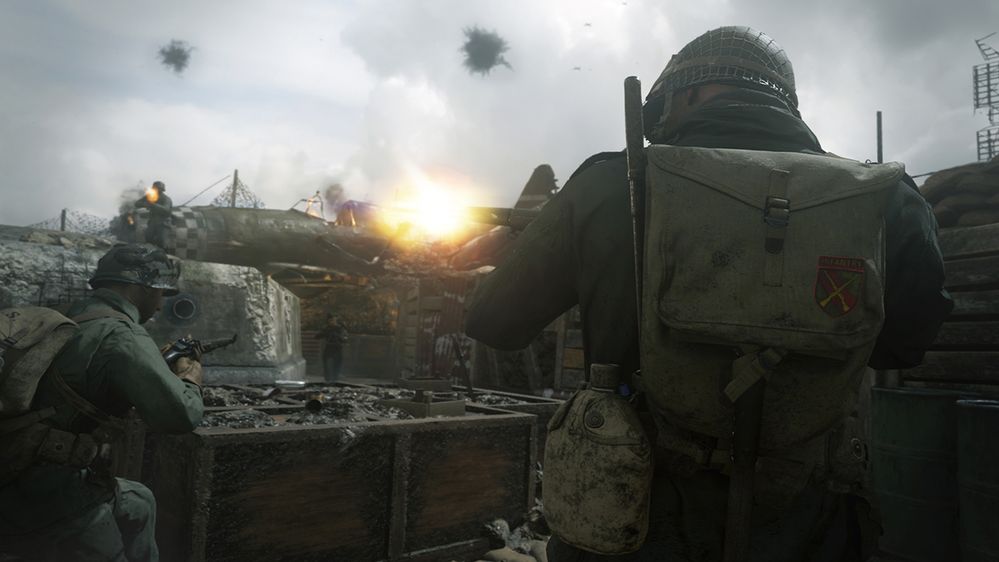 Germany made use of these high-powered weapons and placed them in position in circular concrete mounting tables that permitted the guns to rotate through 360 degrees, meaning the guns could deliver a fire mission to the east or to the west. The ability of the guns to fire to the west and the east made them particularly lethal, and they posed a clear and present danger to any force landing on Omaha Beach, or any force landing on what would eventually be called Utah Beach.

Because of this threat, the U.S. Army designated that the Second Ranger Battalion would conduct an amphibious landing at Pointe Du Hoc beneath the guns, as the area has cliffs that rise 100 feet above the water.

The 2nd Ranger Battalion went on to land 225 men out of 9 landing craft at the base of Pointe Du Hoc and worked their way to the top. The plan was that they would move into the battery area, engage the enemy, capture the guns to prevent them from being used against ships on D-Day. That was the plan. However, when the Rangers battled their way to the top, they discovered that the guns had been moved, and that timbers covered in camouflage netting were left in their place.

A fierce battle took place at Pointe Du Hoc, with the Rangers clashing frequently with the German forces that were stationed there. Eventually, the Rangers were able to push inward to defend the coastal highway and establish a roadblock. Leonard Lomell, the First Sergeant of D Company, who saw deep tire ruts in a hedgerow-enclosed cattle path and followed those ruts all the way down and found five of the guns. There had been six, but one of them had been heavily damaged in that bombing raid in late April, so the Germans had abandoned it. 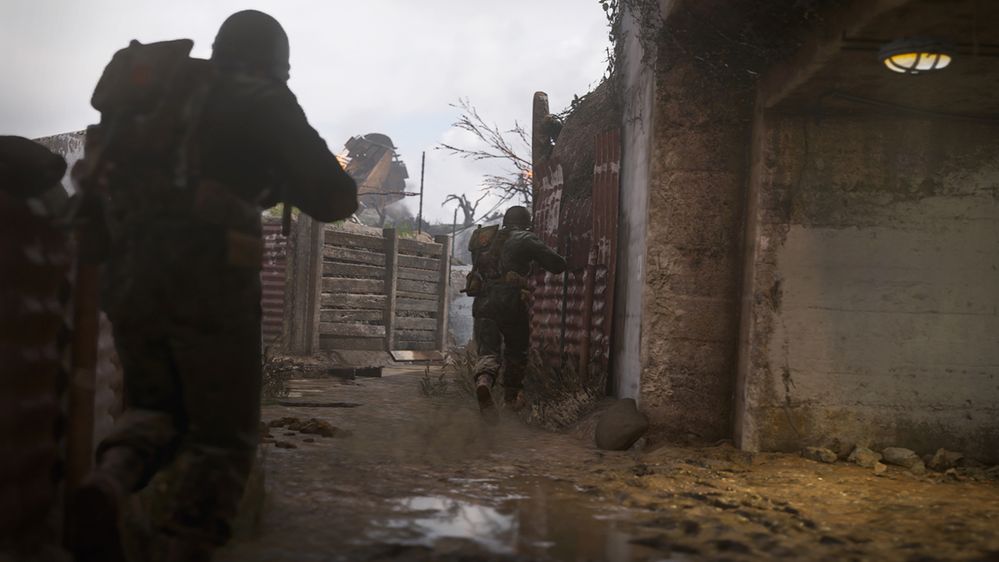 The guns were unoccupied, so Lomell with Staff Sergeant Jack Kuhn moved from gun to gun using thermite grenades to disable the weapons. The 2nd Ranger Battalion had two jobs, and one was to neutralize the battery and the second was to set up a roadblock, and they did both before 10:00 am on D-Day. But then the sun went down on Tuesday, June 6, 1944, and overnight before dawn on Wednesday, June 7th, the Germans counter-attacked them twice and drove them back from the roadblock, all the way back to Pointe Du Hoc in fact and almost overran their command post.

The Rangers were holding on with a very narrow perimeter until a destroyer, the USS Satterlee, provided direct fire support for them, preventing the Germans from overrunning them. It was a very dramatic battle, and out of the 225 Rangers who landed on Pointe du Hoc, only 79 men were capable of walking out under their own power.