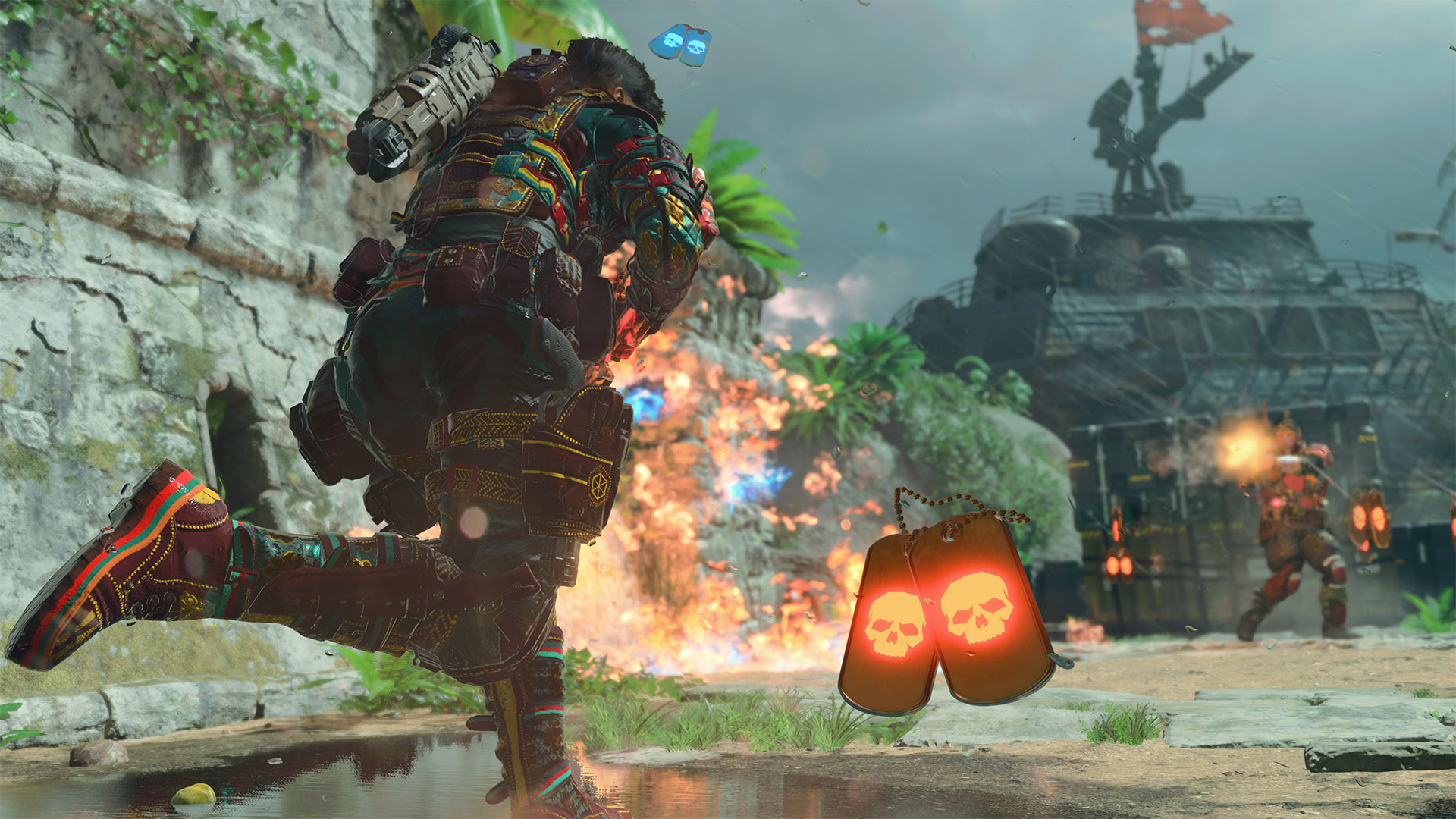 Call of Duty: Black Ops 4’s Operation Grand Heist gave Multiplayer another fresh game mode in Stockpile, a re-imagined version of Call of Duty®: Black Ops III’s Fracture. Think of Stockpile as a combination of Kill Confirmed and Hardpoint. You’ll collect tags from fallen enemies and bank them in deposit sites around the map. What follows is a breakdown of this fast-paced game mode, along with tactics that may help you master it. 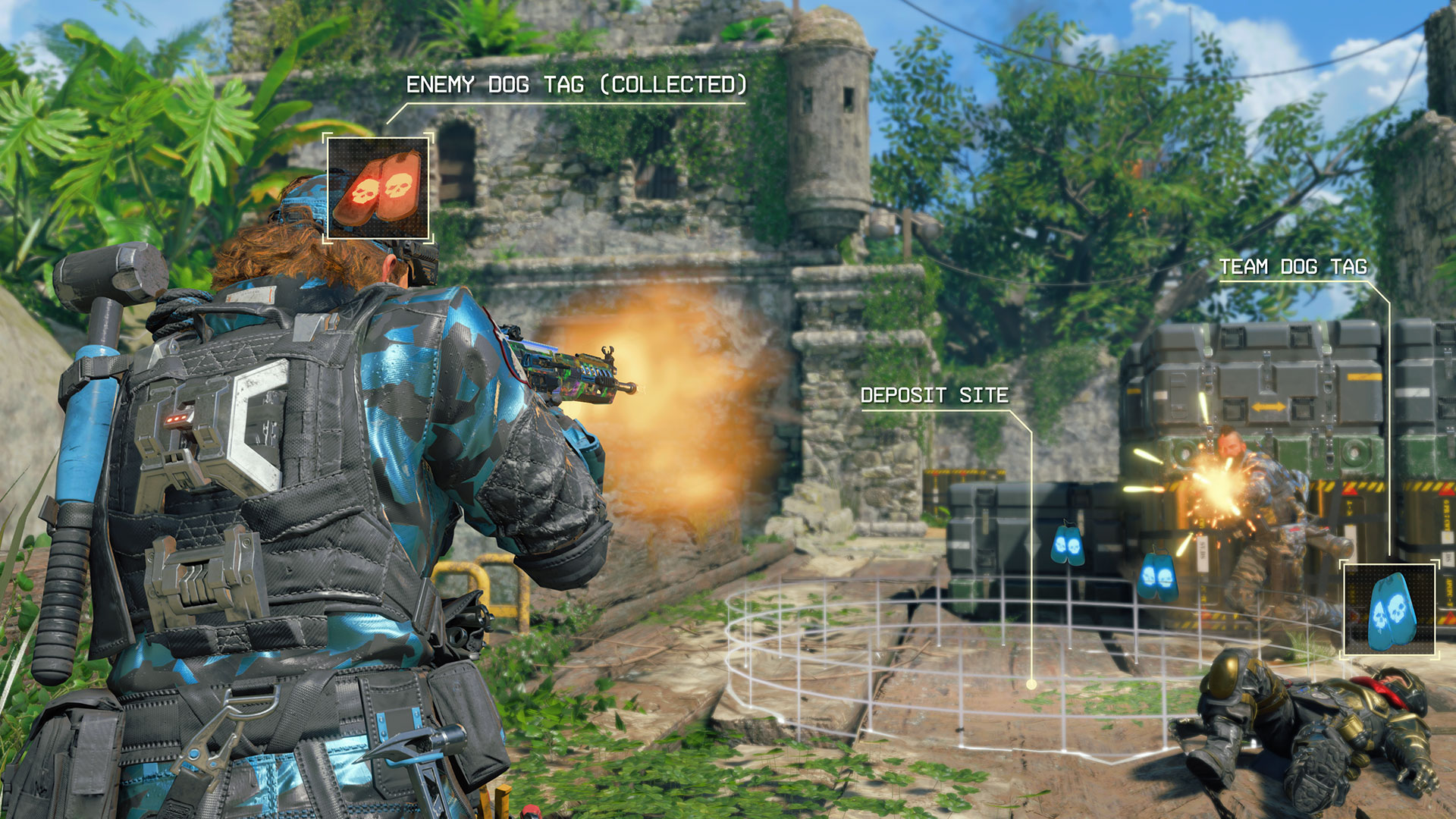 The image above emphasizes how the player dog tags are shown: Enemy dog tags you’ve collected are shown by your shoulder, and should be taken to the circular Deposit Site. Team dog tags (from fallen teammates) float above the recently-neutralized.

Like most team-based Multiplayer modes, Stockpile begins with a lobby of players split into two teams on opposite sides of a map.

Kills in this mode can ONLY be confirmed by depositing tags at a deposit site (as shown in the previous image). If you pick up a team dog tag from a fallen teammate, the kill is denied and the other team can’t gain any points for the kill. However, if the opposing team picks it up, they can hold onto the tag and later deposit it to gain points.

Enemy dog tags (collected) stay on a person upon pickup (as shown in the previous image) and are stackable — meaning multiple dog tags can be held at once. When players are killed, they will always drop one tag for themselves in addition to any other tags they are carrying.  Lastly, the deposit site, which is highlighted on your mini-map, moves to a new location every minute.

The first team to 60 points, or the team with the most points at the end of 10 minutes, wins. 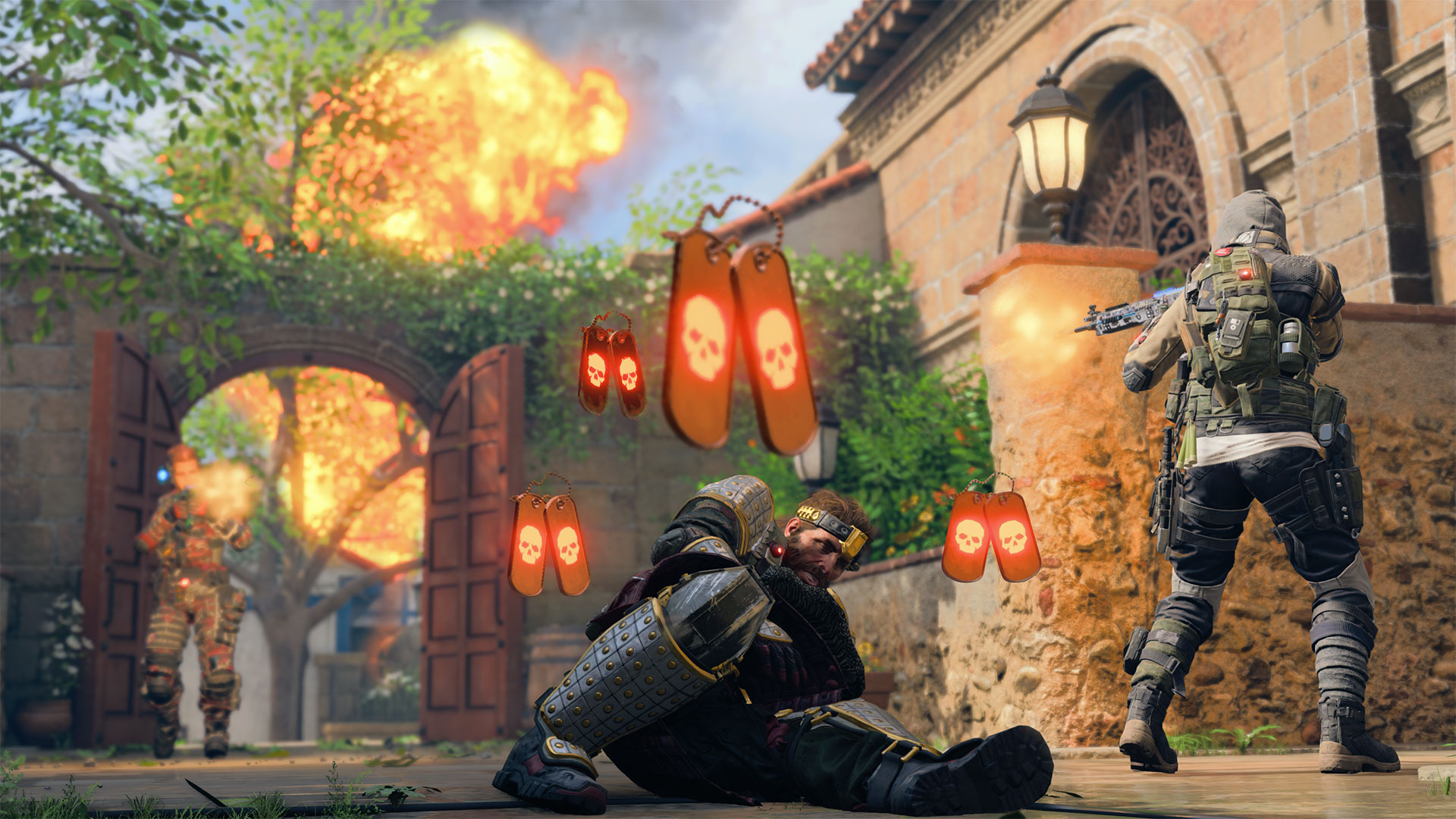 Stockpile’s name effectively comes from its most useful — and dangerous — strategy: stockpile dog tags to score a burst of points in one deposit session.

On one hand, depositing two, three, or up to ten dog tags (10 is the max number of tags you can carry) at once can net a good number of points towards your team’s score as well as personal scorestreaks. Essentially, a tidal wave of tags can be the difference-maker, or even a game-ender, if they all find their way to a deposit site.

On the other hand, holding multiple dog tags can be a risky move, as upon death, all those dog tags can be picked up by an enemy. If you decide to stockpile dog tags, try your best not to get killed near the deposit site and become the ultimate momentum swing for your opponent. Alternatively, whenever you see an enemy going on a massive collection spree, it’s worth considering a plan to try to hunt that player down. 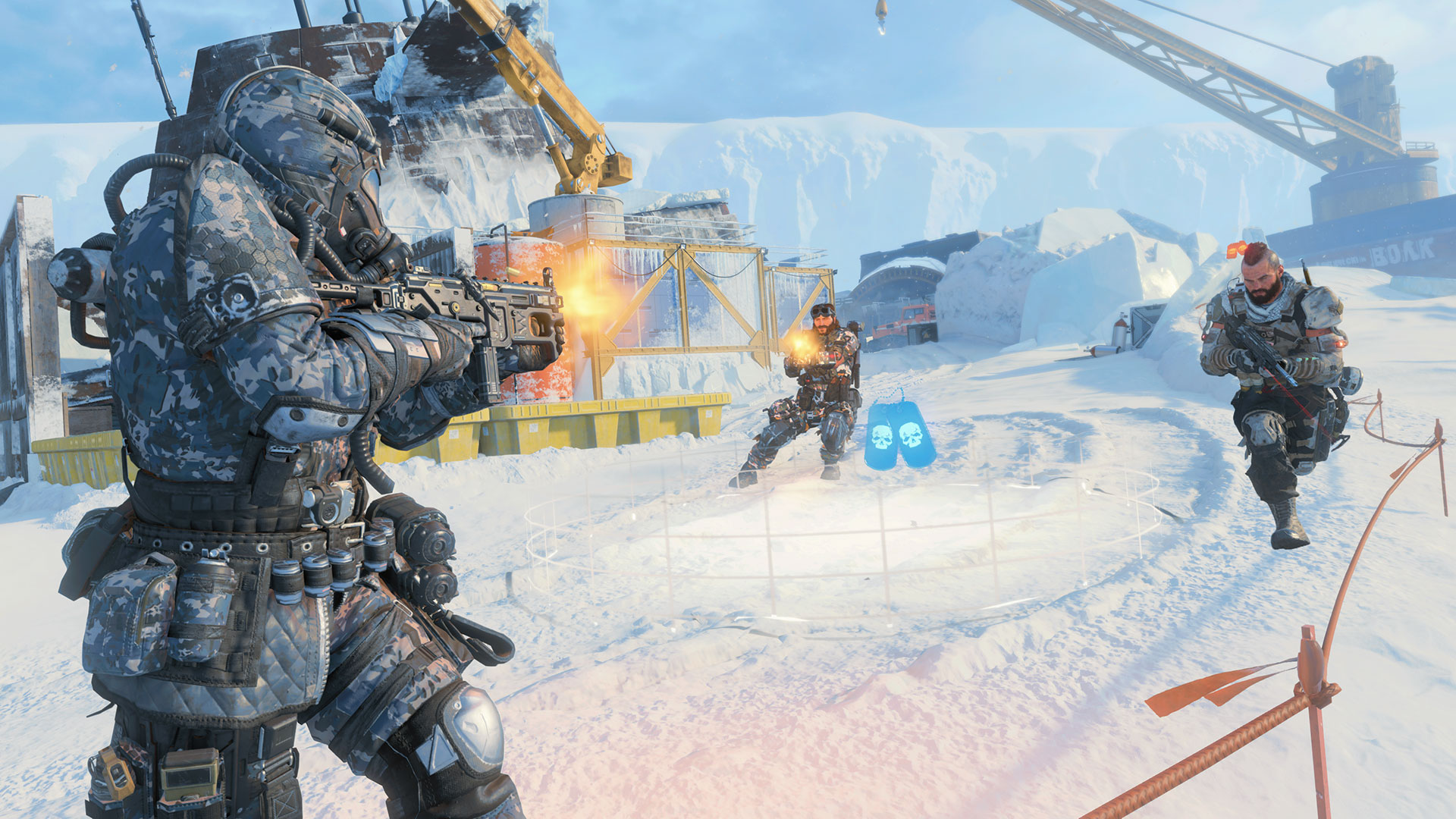 The moving deposit site is, as expected, a flytrap for skirmishes. Because it is harder to predict than a Hardpoint rotation, players may be tempted to rush towards the area and deposit what they have.

If you’re not keen on wandering into an aggressive firefight, think about resisting the urge to be the first one to the newest deposit site. Instead, perhaps consider waiting until the first 20 seconds tick by or setting up shop nearby to pick off runners. Another strategy is to go in with a few teammates to a deposit site, which brings us to one, extremely crucial final tip…

Stockpile is a team game.

A team can rack up 60 points easier against an uncoordinated, split-up, and ill-prepared opponent. Effective communication is a key to victory. Calling out enemies near the deposit site or someone who is stacking dog tags can help you, and your entire team, make tactical plays. Strategic team play is seemingly the most effective way to march towards victory in Stockpile. Just racking up kills without collecting and depositing tags, may hurt your team.

Essentially, consider being a team player here. Your team will thank you if (and hopefully when) you win.

Stockpile may only be on the public playlist rotation for limited time increments, but you can always access this game mode from the private match lobby to get your collecting on. Whether you jump into the game mode now or with friends later, the most important tip, as always, is to have fun!

We’ll see you in the Stockpile lobby.