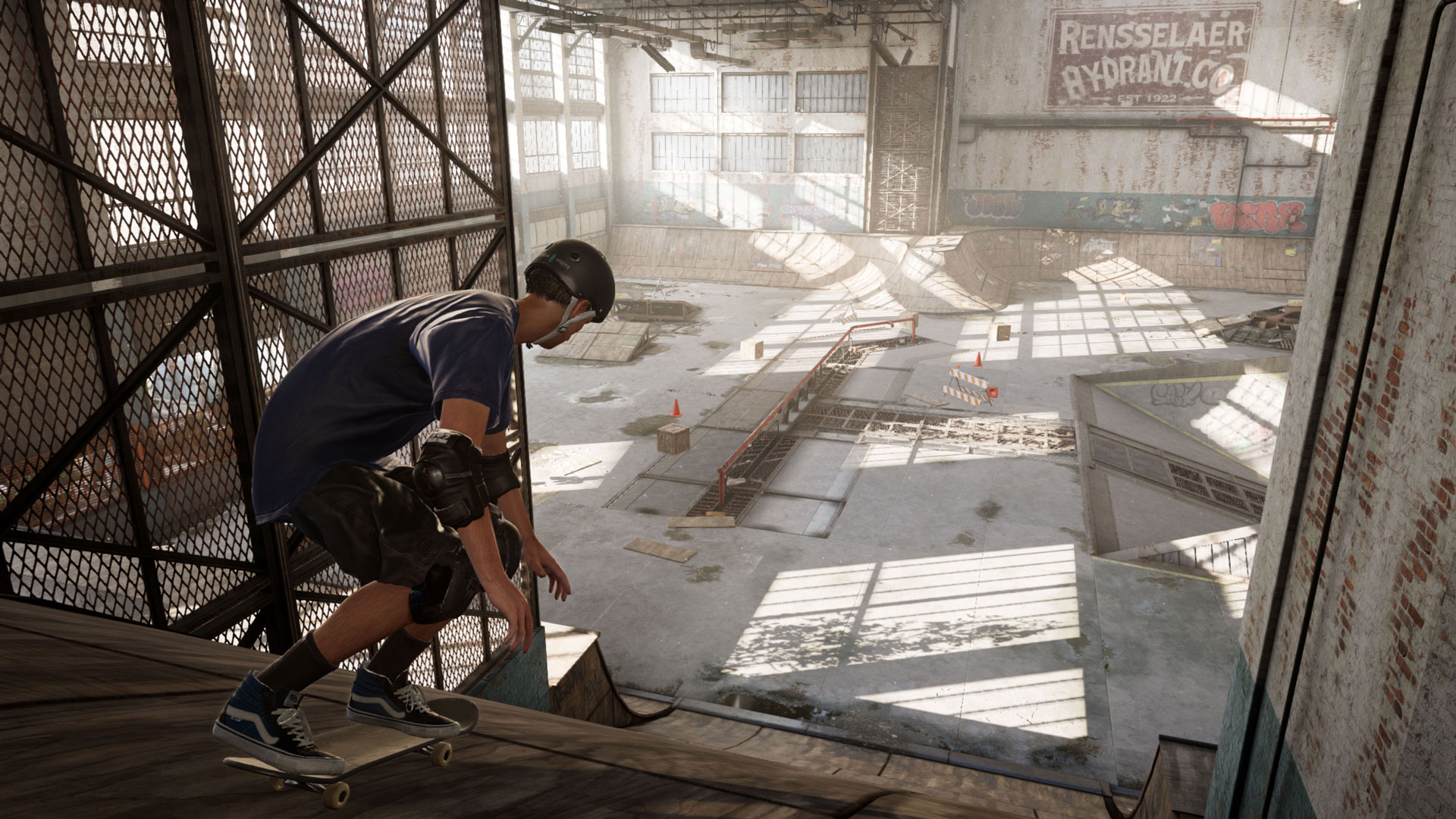 It all started with a text message from the Birdman to his flock: 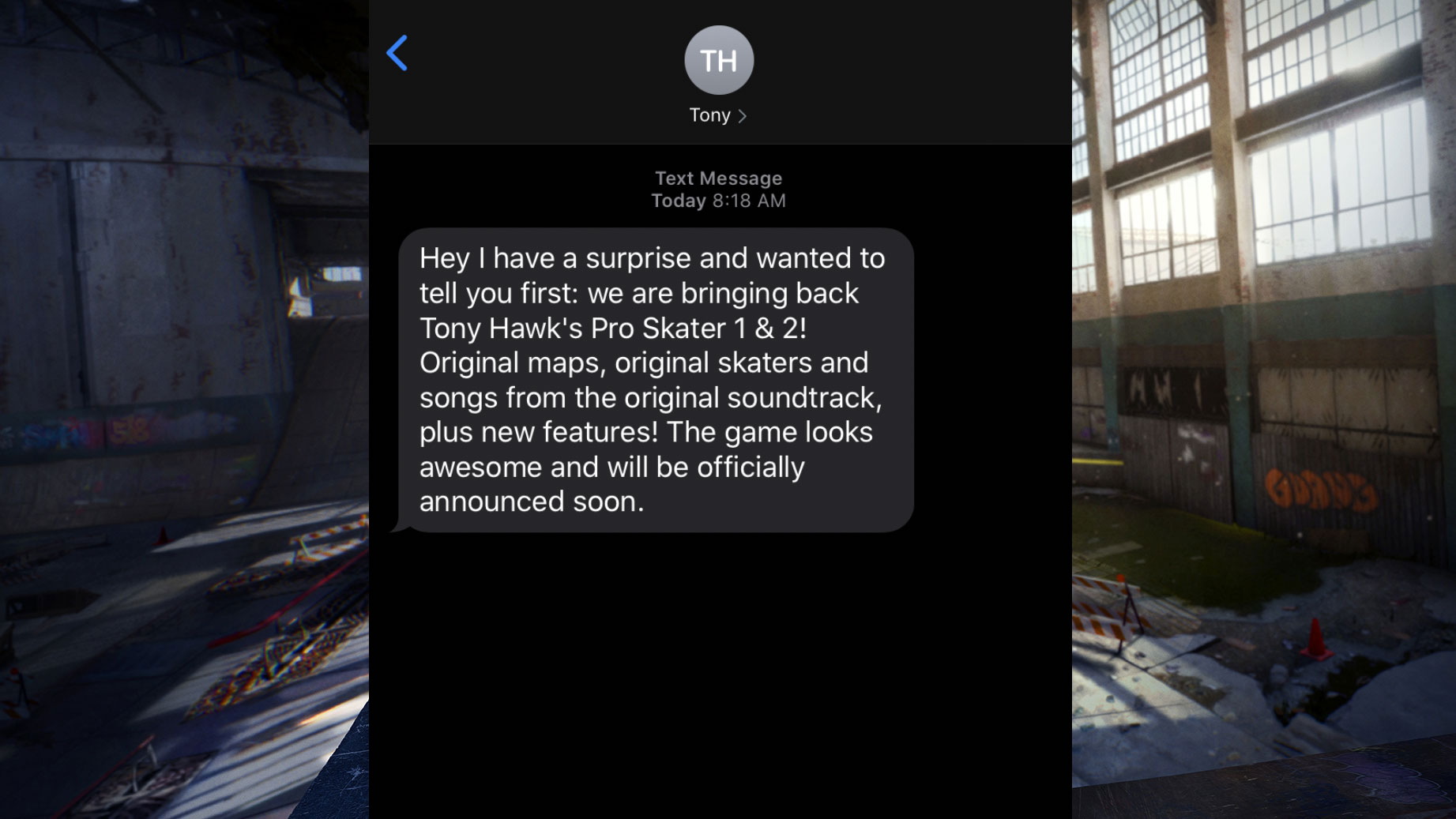 With interest piqued among his avid fans, Tony took to his Twitter to reveal the cover image for Tony Hawk’s™ Pro Skater™ 1 and 2 as part of his birthday celebration, and Activision – as well as Sony, Epic and Microsoft, and brands like Vans and Red Bull – were there to wish him a Happy Birthday: 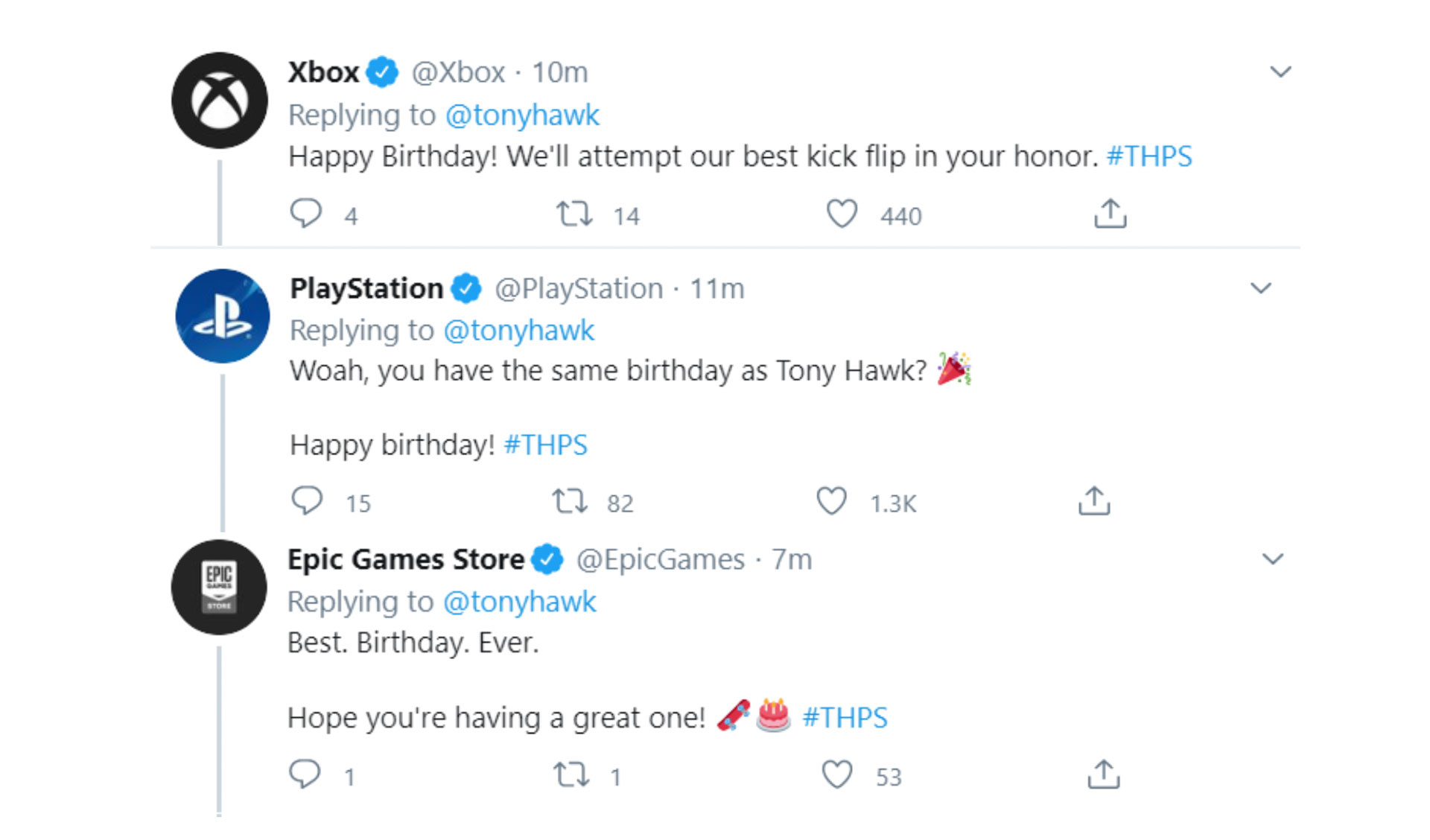 Minutes later, the speculation was over, and the world finally learned about Tony Hawk’s Pro Skater 1 and 2 coming to PlayStation 4, Xbox One, and PC, including the Warehouse Demo, which will give players early access to the level for digitally pre-ordering the game.* 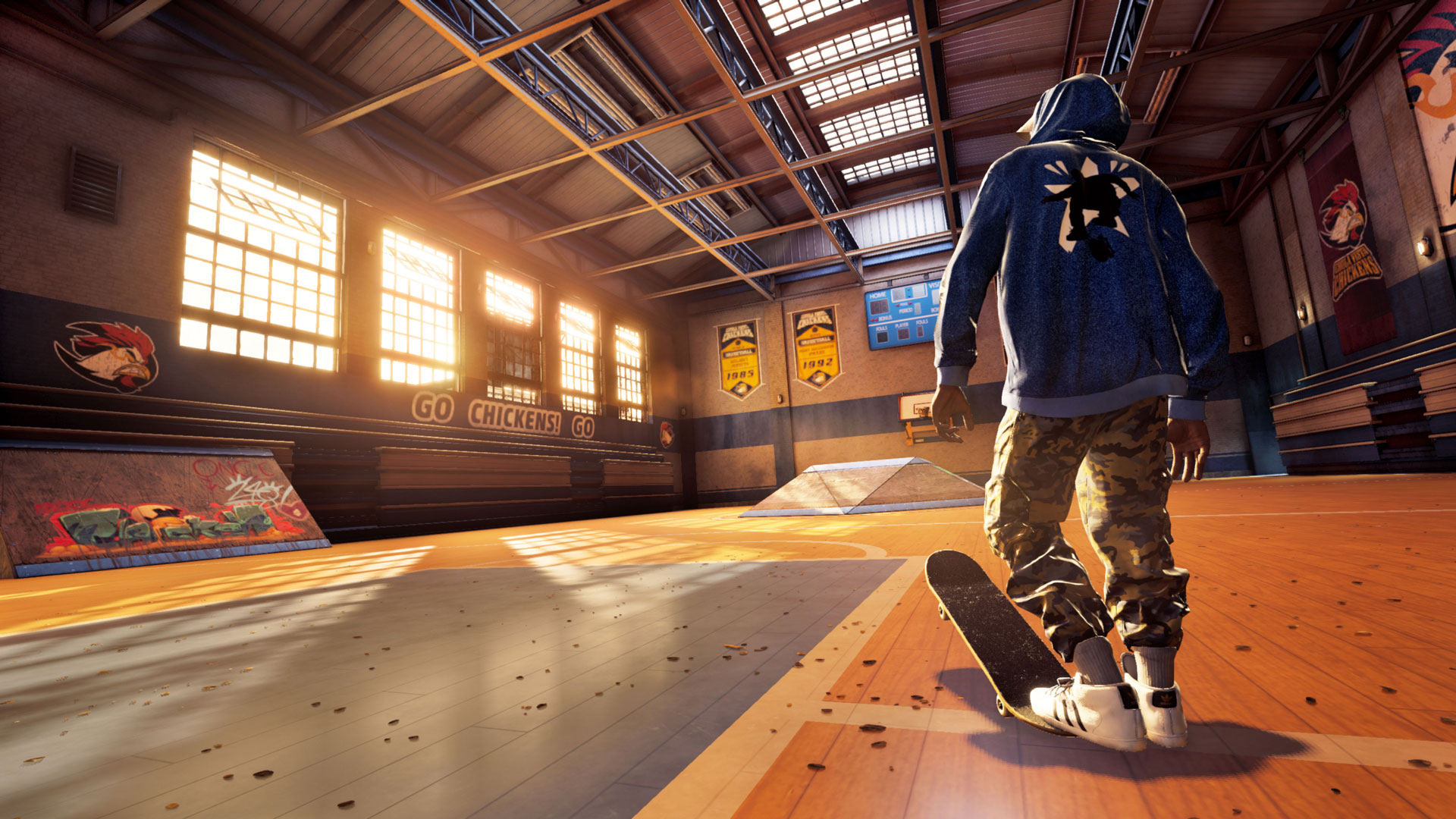 To celebrate the reveal, Tony teamed up with @JablinksiGames on YouTube to provide the world’s first look at gameplay from the iconic Warehouse level. Here, Jack Black and Tony Hawk offered some hilarious commentary and banter while playing the level together.

Meanwhile, the Game Award’s Geoff Keighley sat down with Tony Hawk and Jen Oneal from Vicarious Visions to discuss Tony Hawk’s Pro Skater 1 and 2 as part of his Summer Game Fest event. 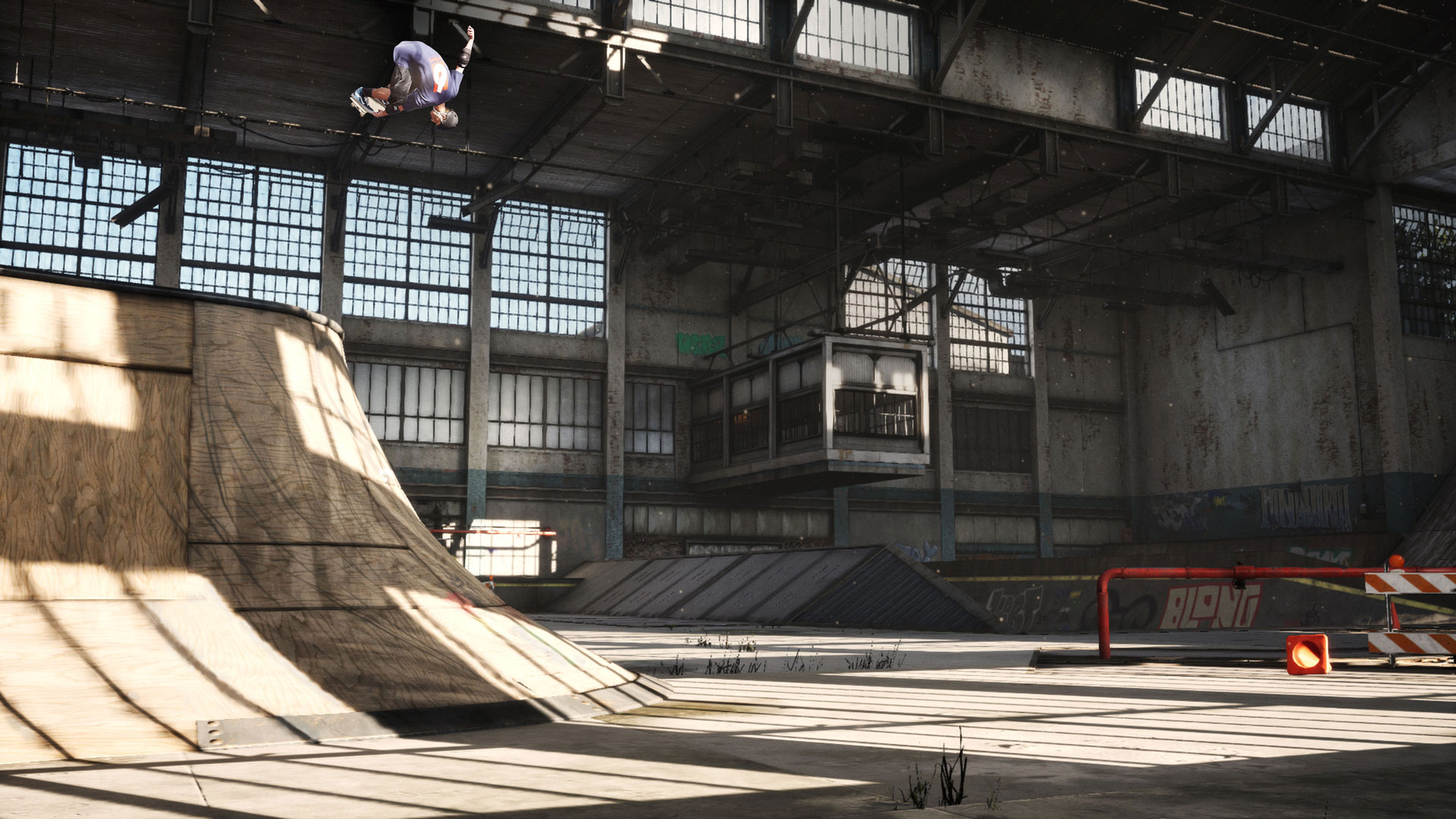 After the reveal, the official @tonyhawkthegame Facebook, Twitter, and Instagram all went live to once again show off some sweet images from the game, not least of which was the epic game trailer. If you somehow missed this, be sure to check it out here:

If you think this is awesome, consider this as just the beginning of what is to come for Tony Hawk’s Pro Skater 1 and 2. Stay tuned for more updates here and on www.tonyhawkthegame.com. Also be sure to follow news on Twitter, Facebook, Instagram @tonyhawkthegame, as well as subscribe to the YouTube channel at YouTube.com/tonyhawkthegame.