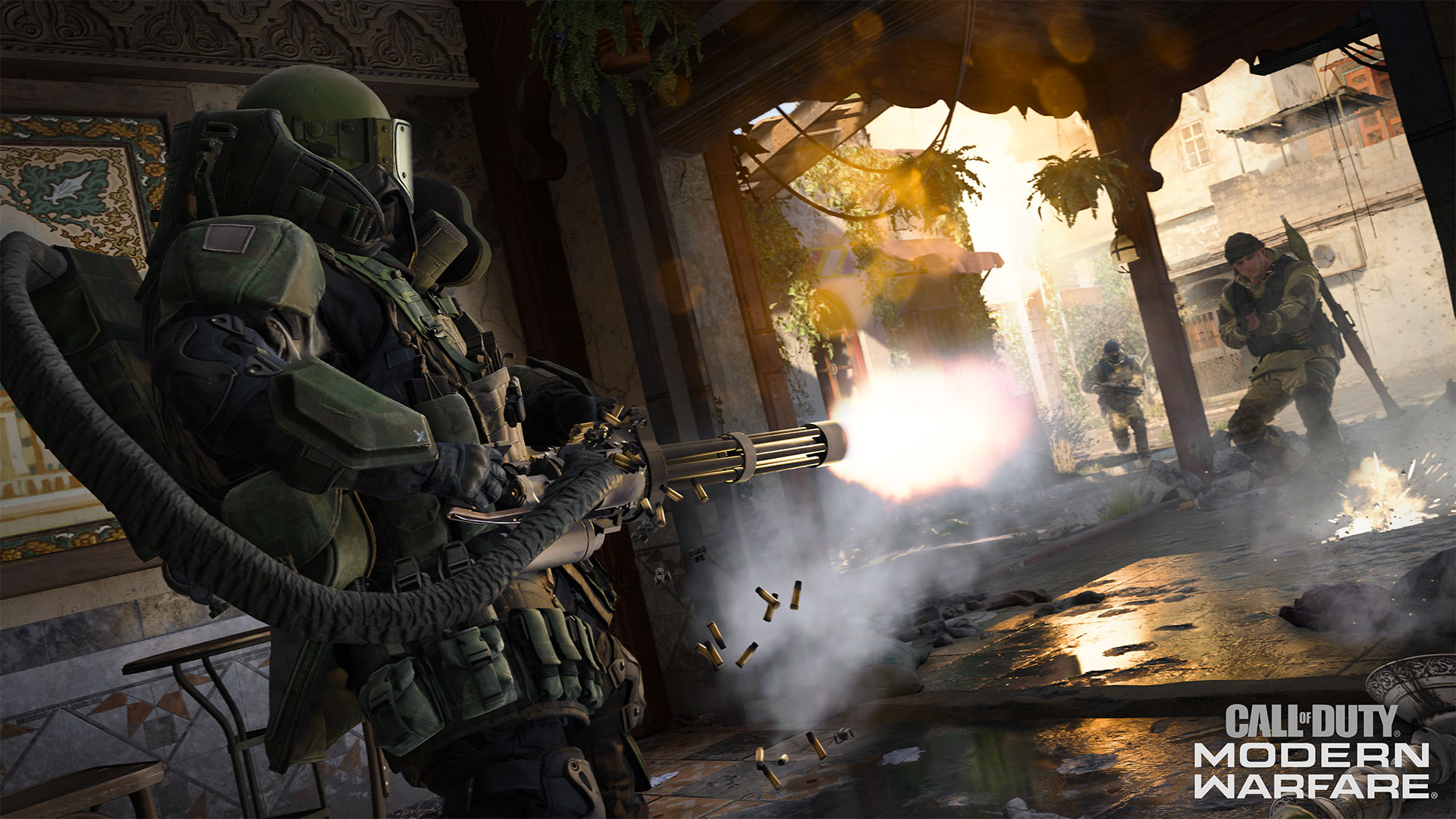 Stop what you’re doing, and watch the Call of Duty: Modern Warfare Multiplayer trailer, an introduction to the ultimate multiplayer playground:

Point your browser to Call of Duty on Twitch, as the Multiplayer Gameplay is currently under way! For a complete Run of Show, check this Blog post. 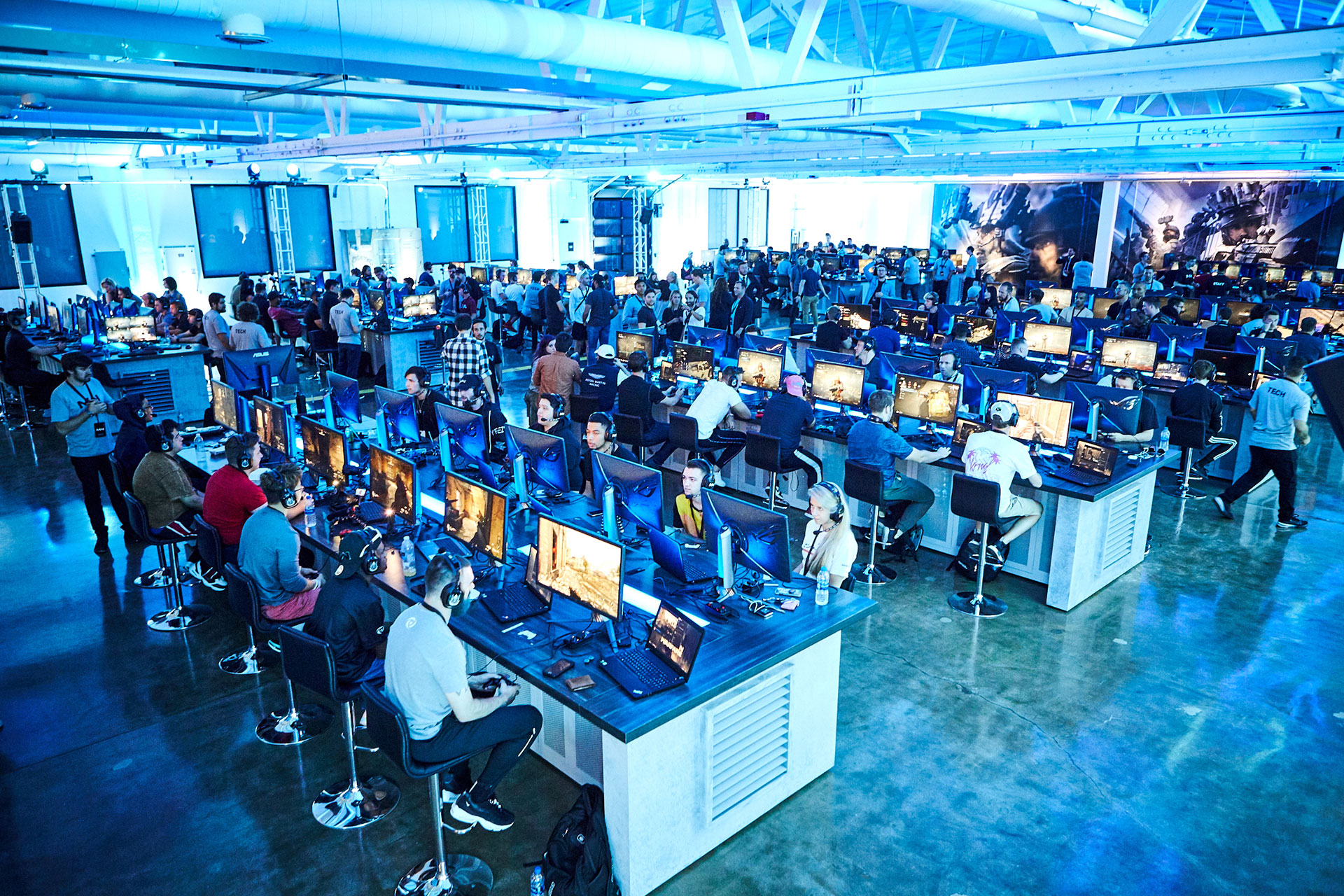 ·      You can stay at Twitch.tv/CallofDuty, where we’ll be moving from game to game, showing you the most intense and outlandish match ups, and offering color commentary on exact what’s happening.

·      You can watch any of the attending Livestreamers’ individual Twitch channels (see below).

·      Call of Duty®: Black Ops 4 fans can watch the festivities from the Black Ops 4 in-game Viewer.

·      Call of Duty® WWII fans are able to watch the Livestream from the Theater: Expect to obtain a Contract that grants you a Weapon Bribe, just for tuning in!

Developer Infinity Ward has shared that they have big plans to bring the community of gamers together in the ultimate multiplayer playground with the launch of Modern Warfare.  On Thursday over 30 of the biggest Livestreamers from across the world will get a first look for themselves and viewers everywhere will get a chance to tune-in for all the action as the Modern Warfare Multiplayer Universe is unveiled. Here’s a complete, alphabetical list of each Livestreamer, their country of origin, and platform of choice. Be sure to check them all out! 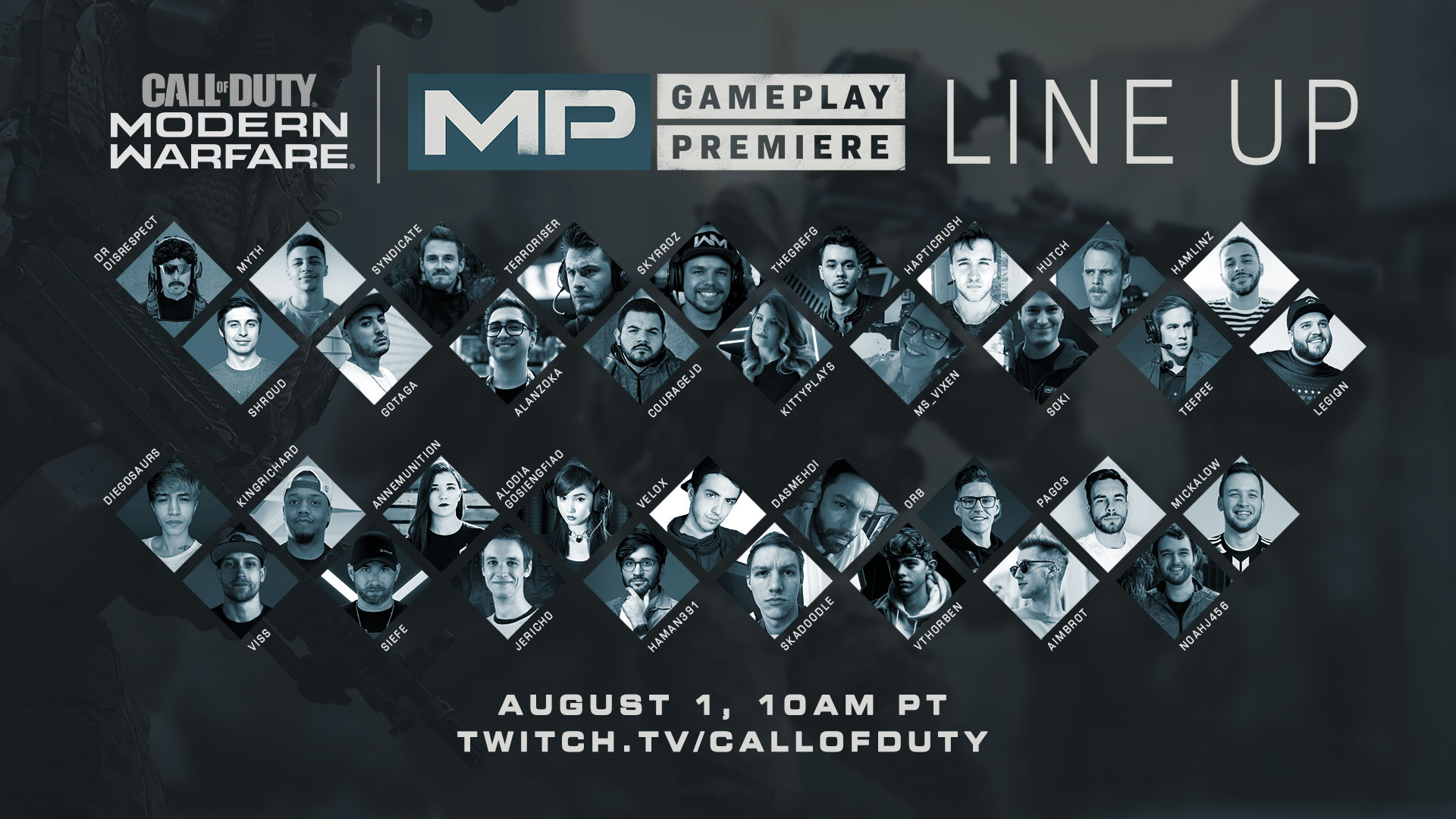 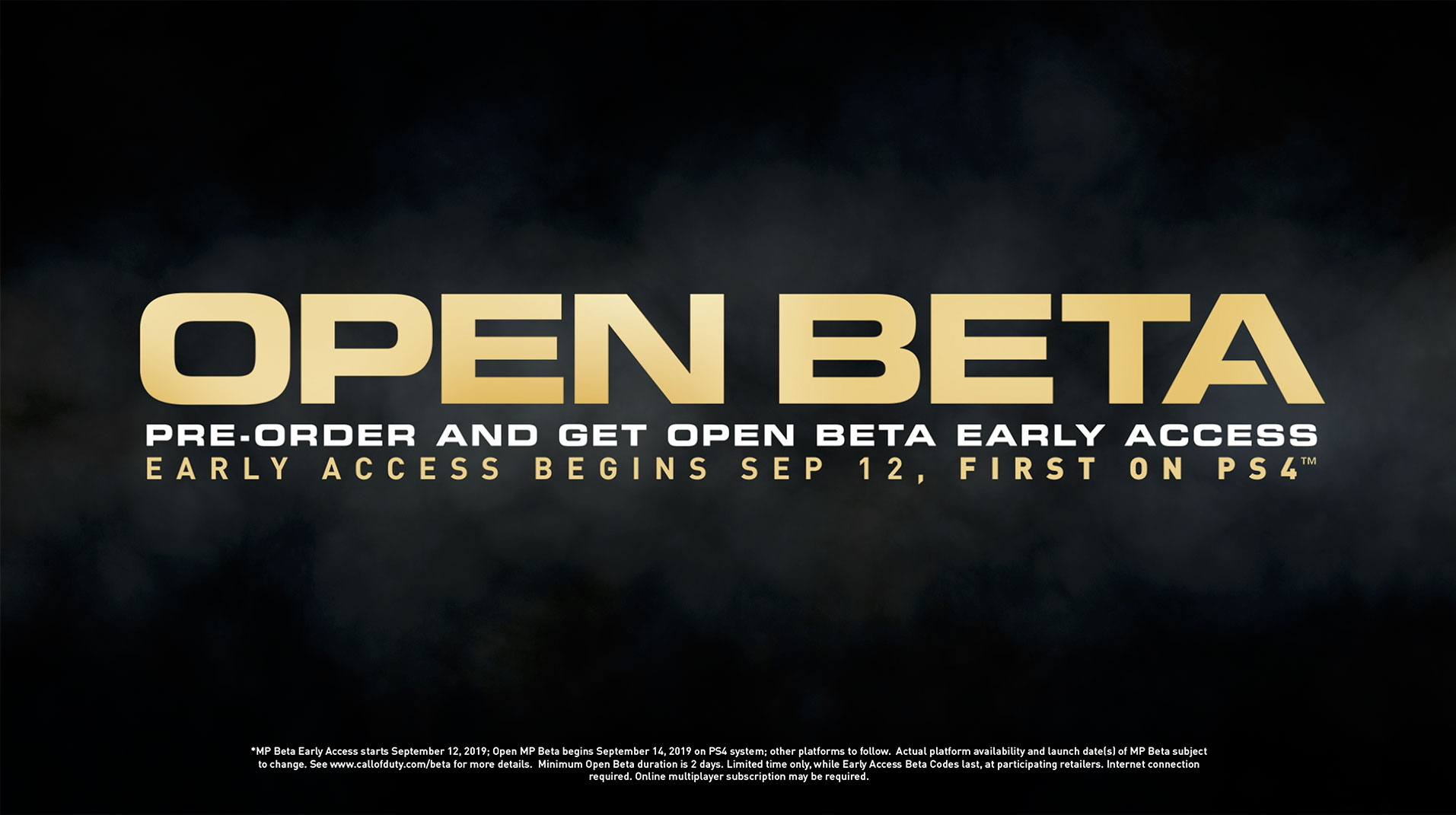 The Modern Warfare Open Beta is your chance to go hands on with the game and provide essential feedback to help ensure the best Day One experience possible when the game launches on October 25. Here are the following dates for the Beta:

September 19 to September 20: Early Access on Xbox One and PC. Open Beta on PS4 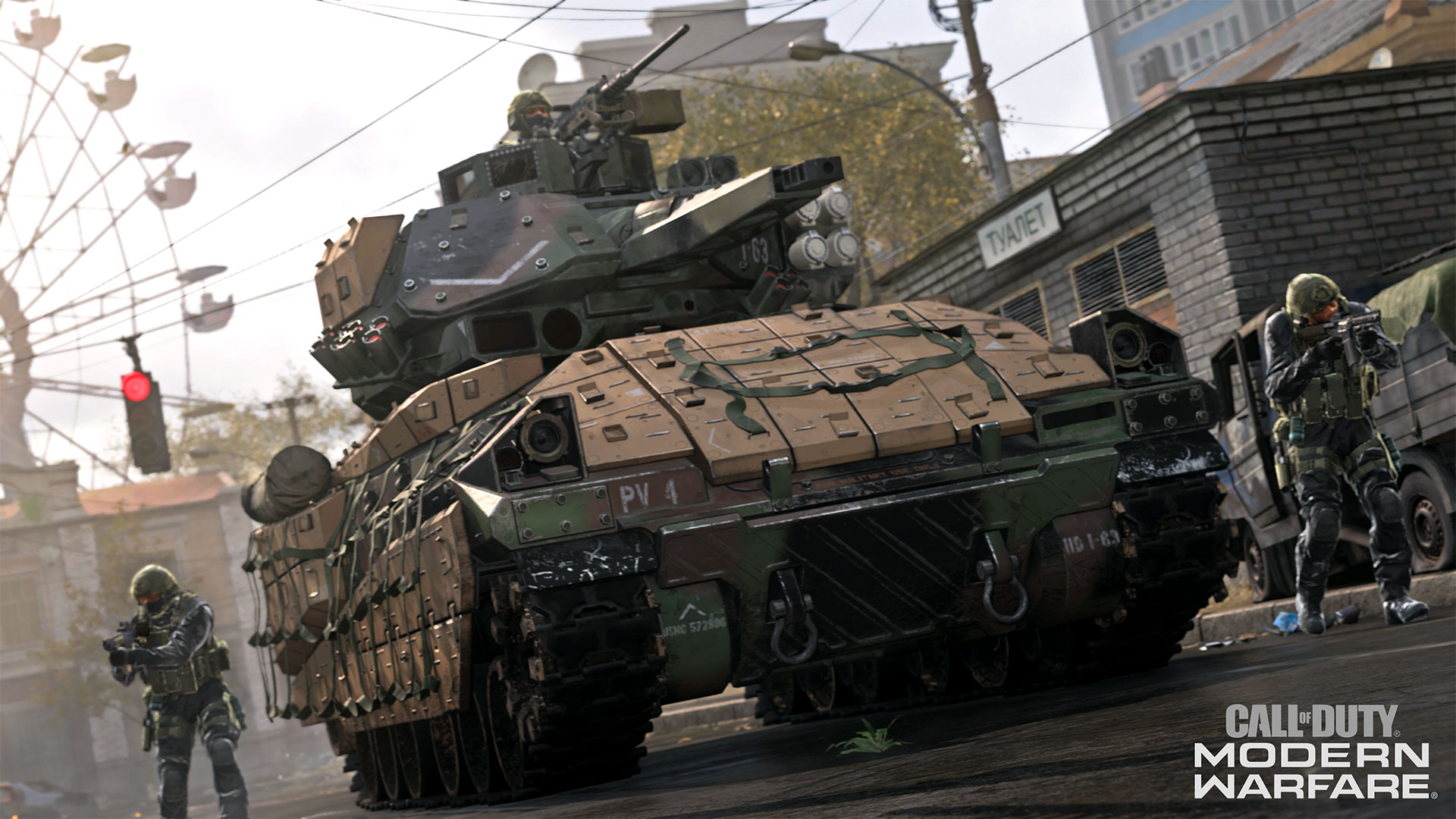 Press embargos have lifted, meaning you can expect a deluge of Call of Duty: Modern Warfare coverage across your favorite media and content creator outlets starting at 10AM today.

If you’re looking for official information and deep dives about a host of Multiplayer content, with intel straight from the developers at Infinity Ward, prepare for some return visits to the Call of Duty and Activision Games Blogs. The Modern Warfare Blog Takeover is now on, with multiple new stories a week, starting tomorrow. Do you need specific, confirmed, and official reports on the creation of Multiplayer, the Heads-Up Display, Operators, Loadouts, Game Modes, Maps, Killstreaks, and Field Upgrades? Head back here beginning tomorrow, August 2nd!