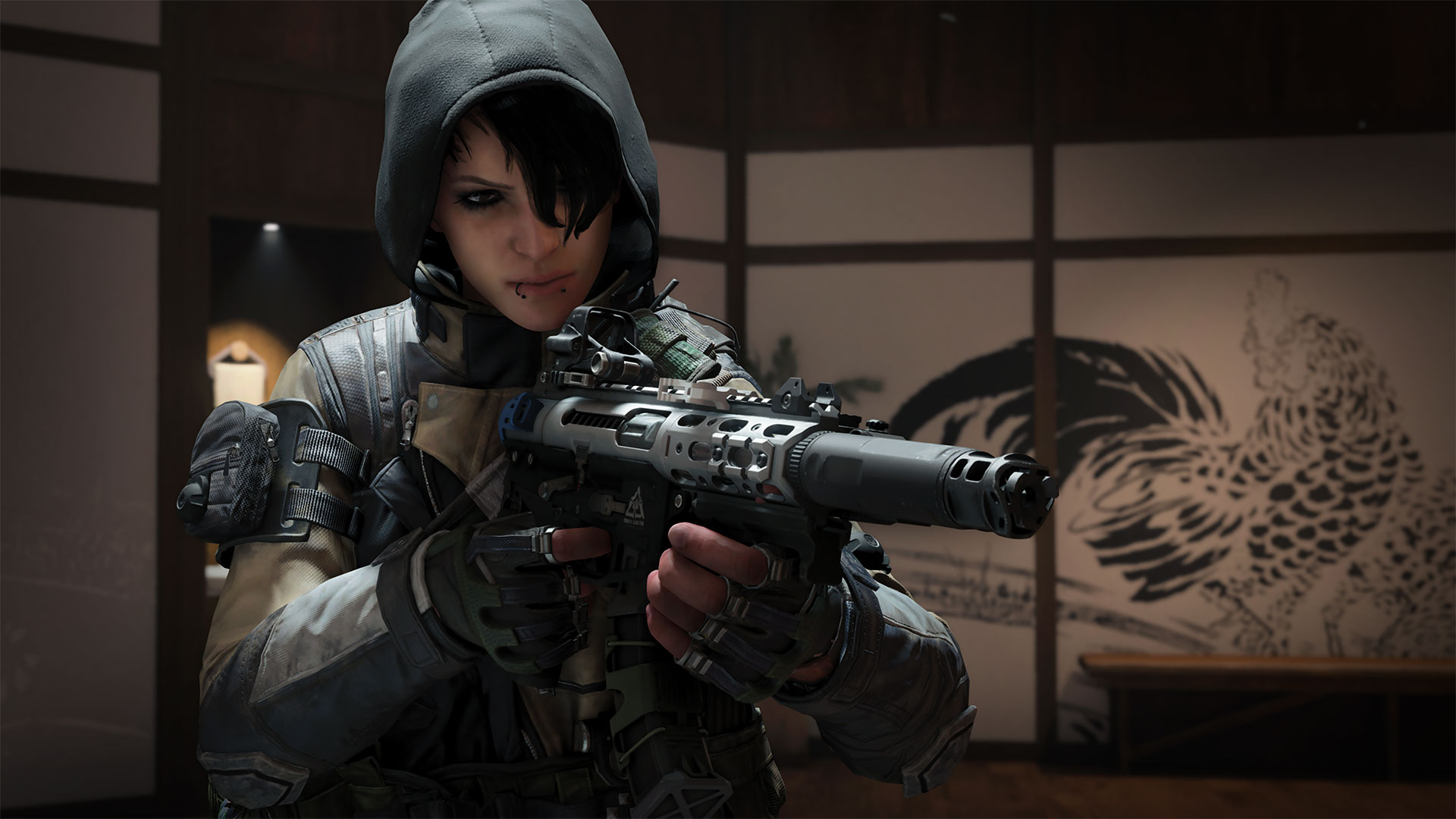 Zero dropped into Call of Duty®: Black Ops 4 as part of Operation Absolute Zero. Today? She’s still the champion of countering and disrupting the flow of combat.

Zero dropped into Call of Duty®: Black Ops 4 as part of Operation Absolute Zero. Today? She’s still the champion of countering and disrupting the flow of combat.

After years of successfully disrupting databases from the European continent, Leni "Zero" Vogel broke into the Call of Duty: Black Ops 4 Specialist rotation as part of Operation Absolute Zero.

The direct damage output on Zero’s Special Issue Equipment and Weaponry may be minimal, but the effect she has in any game is anything but zero. Here’s how you can break down the enemy team as this Specialist, especially after you’re granted her arsenal of high-tech tools:

Zero’s EMP Disruptor is, essentially, the EMP grenade that veteran fans of the franchise know and love. Like any other grenade, it is thrown in an arc upon release.

When the EMP Disruptor explodes, enemy technology within a reasonable radius will be disabled for a short period of time, or even permanently destroyed.

The effect of this equipment depends on the strength of the enemy technology. For example, a Sentry Gun or Mantis is temporarily disabled, while Sensor Darts and even the Drone Squad are all but rendered useless.

Speaking of Sensor Darts, many pieces of Specialist equipment – such as Seraph’s Tac Deploy, Prophet’s Seeker, and Nomad’s Mesh Mine – get cooked by the EMP Disruptor, making this tactical equipment  an incredibly hard counter to the majority of Specialists. Furthermore, Torque’s Barricade is temporarily disabled when hit by the EMP Disruptor, which makes Zero his worst nightmare.

Be wary of nearby Trophy Systems when throwing the EMP Disruptor, as it can intercept it like any other explosive device. However, it is possible to destroy a Trophy System with this grenade, although it requires a bit of practice, positioning, and awareness, or just straight up luck.

If there is a physical barrier between a Trophy System and the EMP Disruptor (i.e. a wall or a ceiling), the grenade won’t be destroyed and takes out the Trophy System when it goes off.

Last, but certainly not least, enemies who are within the blast zone will have their heads-up-display scrambled for a short period of time, as well as the power knocked out of any electronic optics, such as a Reflex scope. To counter the Disruptor’s effect, players can equip the Tactical Mask perk. 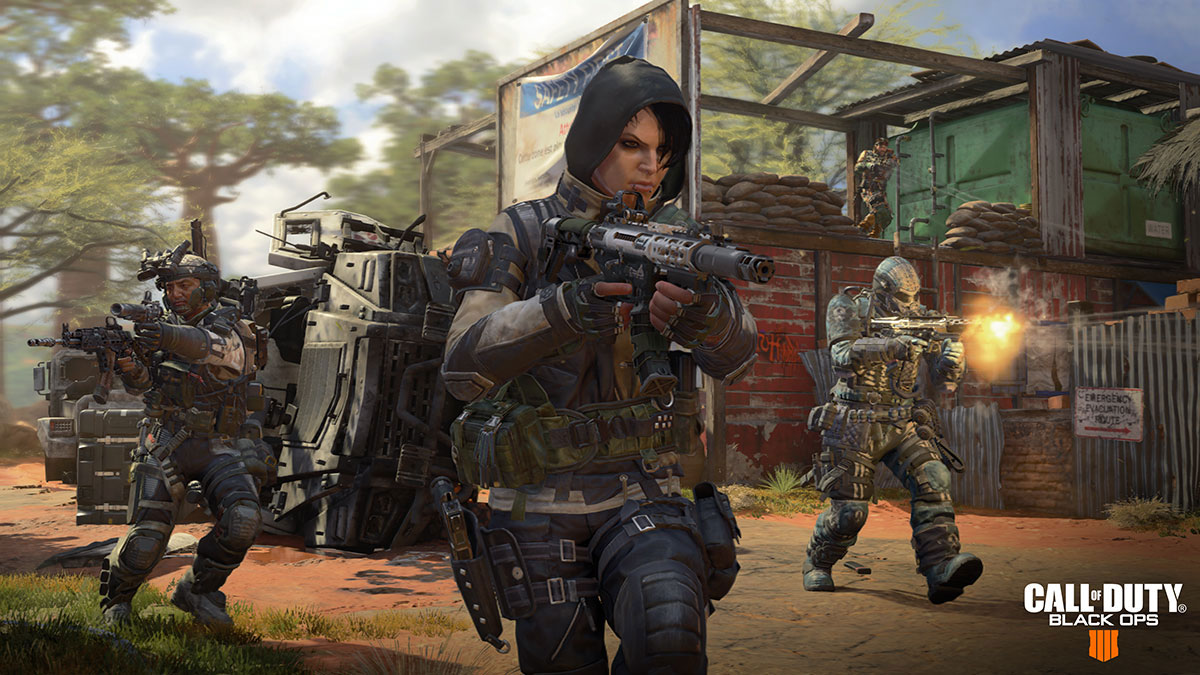 Zero’s Special Issue Weaponry is her personal hacking tablet that she keeps handy for when an entire team needs to be shut down.

Upon activation, Zero goes to work and starts disabling enemy equipment, breaking into scorestreaks, and then going after individual enemies one by one.

An enemy affected by the Ice Pick is in a lot more trouble than one hit by the EMP Disruptor. Rather than disable the HUD, it adds random enemy dots to the minimap, slides the health meter up and down, and distorts the enemy screen enough to psyche out any non-seasoned player.

Like the EMP Disruptor, the Ice Pick’s effects differ when it comes to individual equipment pieces and scorestreaks. Enemy UAVs and Counter-UAVs are taken over completely when hit with the Ice Pick, while the Sniper’s Nest and Thresher is knocked out of the sky.

The strength of these pieces of equipment also determines the amount of time to hack it. Hacking into a UAV is fast and easy for Zero, while hacking a Gunship requires much more time to accomplish.

Although the Ice Pick is a powerful hacking tool, it leaves you extremely vulnerable to enemy attacks. You can still move around while hacking thanks to Zero’s impressive multi-tasking skills, but you lose control of your weapon and a less-than-subtle indicator (that can be seen through walls) appears above your head. 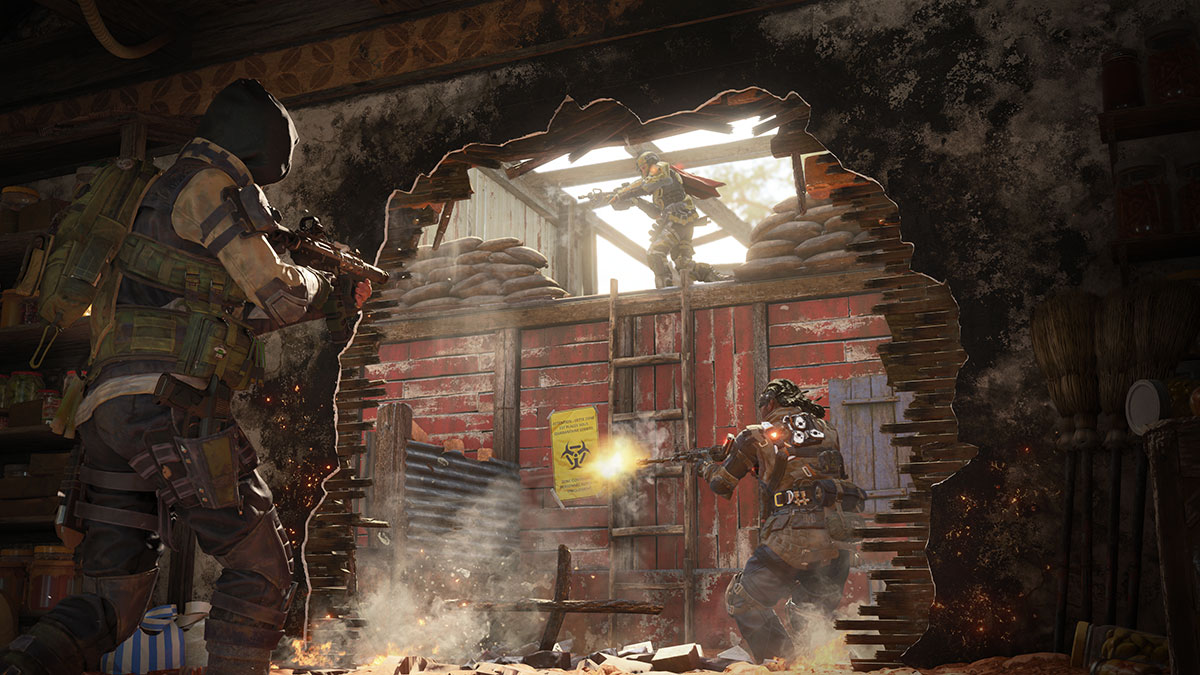 Coding the Perfect Classes for Zero:

Because she fits a truly distinctive role, Zero is one Specialist that can benefit from a variety of Create-a-Class options. When using this Specialist, it’s possible to use whatever weapons, attachments, perks, equipment, and scorestreaks you want. Here are a few you might like to try, that might further elevate Zero’s role:

First and foremost, the Engineer perk highlights enemy equipment and scorestreaks through walls in bright red. Yes, this perk basically tells you exactly when and where to use that EMP Disruptor or Ice Pick for maximum effectiveness.

In terms of weapons, the Hellion Salvo launcher completes the ultimate trifecta of breaking down anything the enemy team throws out. When the Icepick and the EMP Disruptor are on cooldown, you can utilize the launcher to damage or destroy active equipment and scorestreaks.  You can attach the Fast Lock optic to it so that taking out aerial Scorestreaks is a bit easier, and/or the High Explosive attachment to increase the damage and blast radius.

When choosing your loadout, an attachment that can help with Zero’s purpose and is available on several weapons is FMJ. FMJ bullets do more damage to enemy equipment and scorestreaks, as well as make Body Armor useless and allow for damage to be dealt through some walls. Some weapons can even have two levels of FMJ — FMJ II — which makes bullets inflict even more damage through barriers, equipment, and scorestreaks.

If you’re looking for information on another Specialist to use, take a look at our Outrider Spotlight and stay tuned to more in the future.

But for now, we’ll say that Zero is one fierce soldier that can change the game if used correctly. Take her along on your next battle, and your opponent’s chances of winning might be…