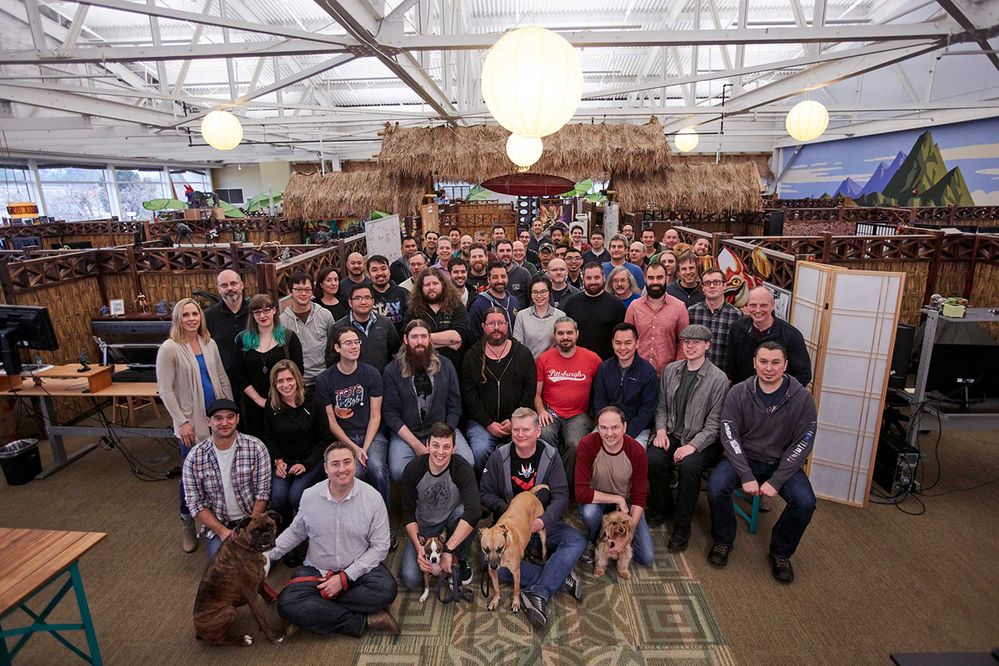 For the past seven years, Spyro has called Toys For Bob his home.

The video game studio that broke ground with the Skylanders franchise is set to bring Spyro back to his roots on September 21 in the Spyro Reignited Trilogy. But before they sheltered the fire-breathing purple dragon, Toys For Bob started more than 25 years ago as a small studio located in Novato, California.

The studio developed a number of games through the turn of the century and, in 2002, began to work with Activision on Disney Skate Adventure. Toys For Bob stuck the landing when they released that skateboarding video game in 2003, tying some of the world’s most popular children’s movie characters into the fabric of the early 2000s extreme sports video game craze. That success led them to work another major project with Activision: a Madagascar video game that was to be released alongside the film in 2005.

Paul Yan began working at the Toys For Bob studio as a character animator and technical director right at the end of Madagascar’s production. Before he joined Toys For Bob, Yan had worked in the web development industry and quickly learned the demands of making a video game, especially one that had to adjust quickly to a changing script and character list while the film was in development.

“I quickly found out that video games are harder than web development,” Yan said with a laugh. “It’s a different type of software, but still very fun. It takes an army."

Toys For Bob embraced the challenge of creating fun and became known for high-quality animation and design capabilities. After Activision became Toys for Bob’s parent company on May 3, 2005, the studio pioneered the “Toys-to-Life category” of games with Skylanders, a franchise based off Spyro’s home world that spawned six AAA games between 2011 to 2016. 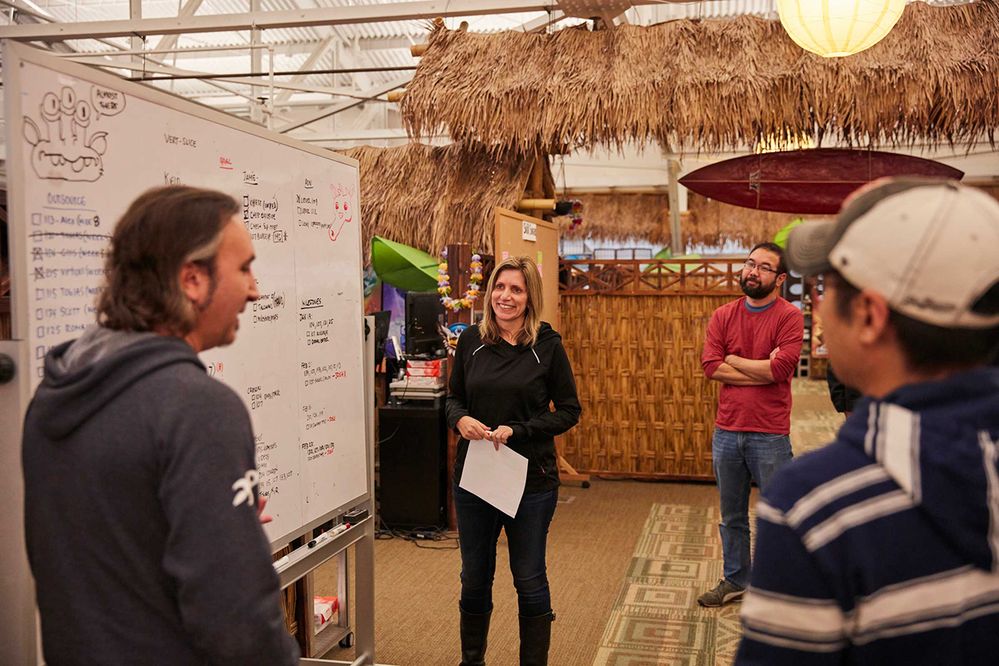 As one of Toys For Bob’s studio leaders, Yan embraces a diversity of challenges, such as managing the studio’s creative process, directing a team of open-minded game developers, and collaborating with Activision.

“We really view it as a partnership,” Yan said of the relationship between Toys For Bob and Activision. “We are in tight communication all along the way, and we want to make sure that we’re all aligned and working towards the same goal.”

When asked about the Spyro Reignited Trilogy, Yan could not contain his excitement about sharing the news regarding the remastered classic platformer with an audience that had been speculating about its existence for months.

“For me personally, I’m terrible at keeping secrets,” Yan admitted. “It’s been great to actually talk about this thing that we’ve been spending so much of our time on.”

In September 1998, PlayStation owners booted up their consoles and were introduced to Spyro, the mischievous savior of the dragons, and his dragonfly friend Sparx. Yan was one of those who got to know Spyro at a young age, although he experienced the trilogy in a different way than the average fan.

“When I grew up, I didn’t have a PS1,” Yan said. “My neighbor did, so I was constantly going over to his house to play.”

Yan described the original Spyro trilogy’s unique feel as “ahead of its time,” and said that Spyro veterans will experience that same feeling in the Spyro Reignited Trilogy.

“One of our creative goals going into this was to really honor and respect and stay true to that original experience,” Yan said. “So, what I think is going to happen is that if you played the original games, all of that muscle memory that was built into your hands and that controller is going to come back. You’re going to be able to feel the fluidity of Spyro running about, making his leaps, landing, and gliding in the exact same way you remember it.”

Along with those who played the classic Spyro games, Yan knows that there are younger gamers who have played Skylanders, but may not know Spyro’s backstory. Should those fans pick up the Spyro Reignited Trilogy, Yan said, they will have fun learning about Spyro’s history and what predated the franchise that they love.

“This is going to be a window into what inspired the whole journey into Skylanders,” Yan said, “because this is where we started from – the original Spyro.” 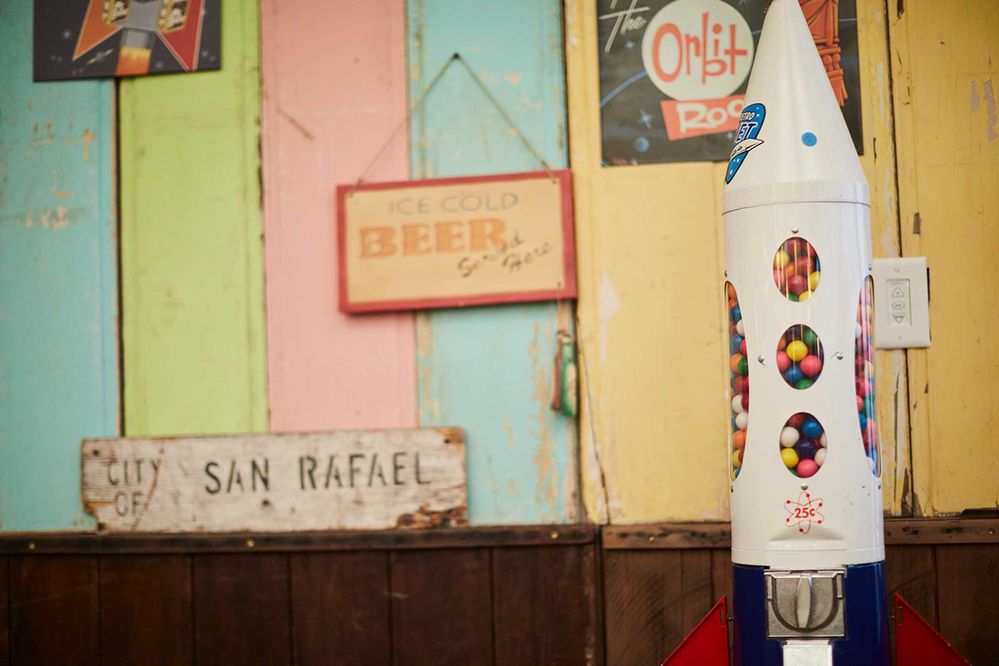 Walking into the Toys For Bob studio is like stepping into a tropical island vacation resort. Wooden shacks, tiki statues and leis decorate the studio as if it were located over 2,000 miles west in Hawaii, rather than 20 minutes north of San Francisco’s Golden Gate Bridge. Deeper in the studio, a giant pirate ship houses desks where developers search for buried treasure within the development software that they use to bring their ideas to fruition.

“Coming into this space is creative,” Yan said, “and it unlocks some of those parts of your brain that just puts you at rest.”

Along with an eclectic design, the Toys For Bob studio also has an open workshop with three-dimensional printers, a growing library of video games that are free for employees to play, and hosts a craft beer sampling and gaming session every Friday. For those who want to power down and keep their health in check, the studio offers gym discounts, onsite massages, and hiking trails.

Yan said that the studio’s environment allows Toys For Bob to welcome employees who focus on having fun while also being open to ideas from any of their co-workers. “People here are really serious about their work and being great at what they do,” Yan added, “but are also extremely approachable; there’s very little ego. Anyone can have a conversation and bring up new ideas.”

This philosophy has allowed Toys For Bob to develop industry-changing advancements in technology and gameplay, such as a version of how the Skylanders figurines work with the game. That idea, as Yan recalled, actually came from the studio’s audio team.

"At Toys for Bob, ideas can come from anywhere, regardless of title or discipline. The original portal was a collaboration between engineers and artists, but as we were working on a new version for Skylanders Trap Team, the audio team pitched a prototype for how the portal could use sound to create the experience of pulling a character from the screen into the physical world. No one asked them to do it,” Yan said. “They just went out – they were proactive – they built it and they pitched it. And everyone thought it was super magical and we went with it. Who would’ve known that the audio team could come up with a hardware innovation for a game about toys?”

Yan also believes in the importance of having time away from the workplace, as it is crucial for coming up with new ideas and preventing potential burnout.

“We spend a lot of time trying to be careful and mindful of how we plan things, how we scope it, how we balance our time and how we pivot our decisions for everyone downstream,” Yan said. “We’re very conscious about that, and I think that people appreciate that here.”

“At the end of the day,” Yan said, “what we are making is a product that creates joy in the world.” 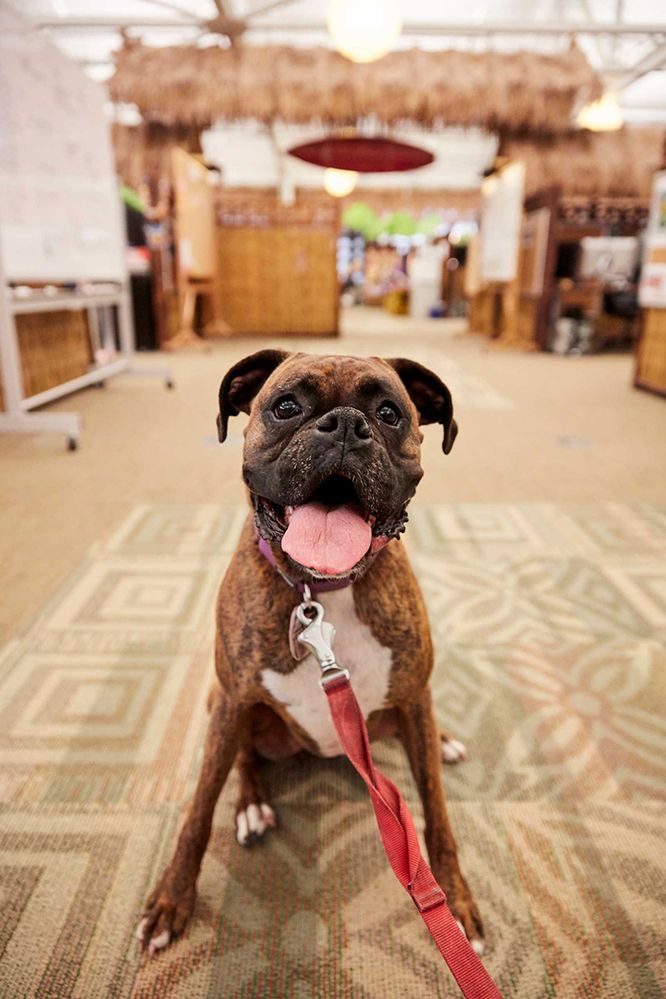 If you want to be a part of that team, then Toys For Bob may be the right fit for you. They are always looking for great people who love dogs, Tiki culture, and craft beer! Consider looking at some of Toys For Bob’s openings (including internships!) at their studio in Novato, California. To learn more about Toys For Bob, check out their website, and follow them @ToysforBob.