Play as Crash Bandicoot or Dr. Neo Cortex in an all-new Crash-inspired level

Back in June, fans got their first glimpse of Crash Bandicoot’s epic 20th anniversary return, including his upcoming appearance as a Sensei in Skylanders Imaginators.

Now, Activision has just announced that Crash’s infamous arch-nemesis, Dr. Neo Cortex, will also be playable in Skylanders Imaginators as a Sensei, complete with his very own playable toy. Neo Cortex will arrive in Skylands brimming with his characteristic maniacal personality and sporting an arsenal of memorable moves. Fans will be able to blaster beam to their hearts’ content with Cortex’s blaster pistol, bowl over foes with his hoverboard, throw down his patented N. Tropy staff to put enemies into slow-mo, and summon Uka Uka, the magical tiki mask, to send Doomlanders scrambling for cover. 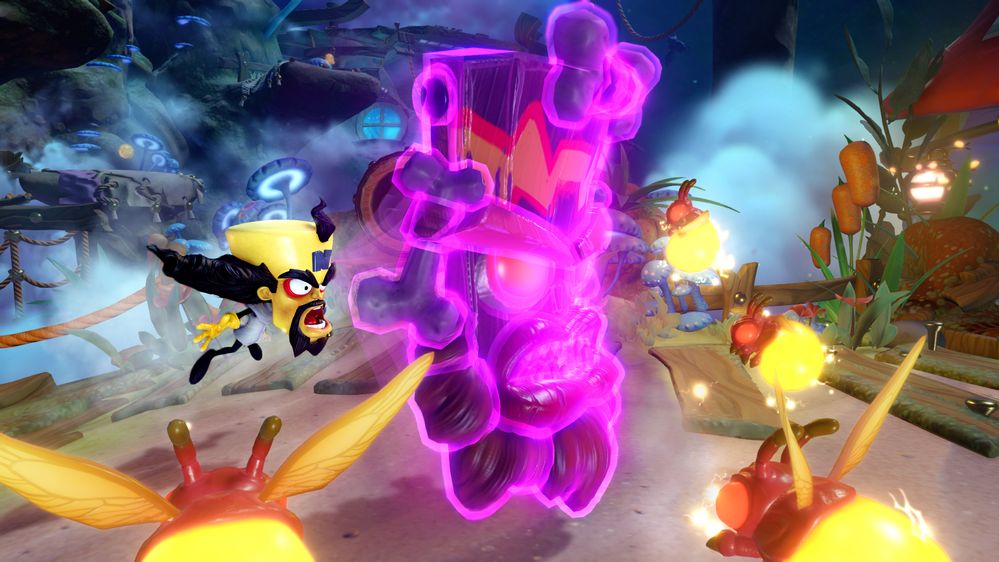 In addition to featuring both Crash Bandicoot and Dr. Neo Cortex as playable characters and toys, today it was also announced that the figures will unlock an all-new, Crash Bandicoot-inspired level, Thumpin’ Wumpa Islands. Here, fans can revisit Crash’s old stomping grounds, search for secrets in temple ruins, battle some angry crabs, chomp on some Wumpa Fruit, and even enjoy some classic boulder chasing.

The Thumpin’ Wumpa Islands level, along with Crash Bandicoot and Dr. Neo Cortex toys, will be available exclusively in the Skylanders Imaginators Starter Pack Featuring Crash Bandicoot for PlayStation consoles at launch. Later this holiday, both toys and the level will arrive in a standalone Adventure Pack for MSRP $29.99 on PS4, PS3, Xbox One, Xbox 360, and Wii U.