Are you ready for some Absolution? You’re gonna need it, because this DLC Pack is bringing four new maps as well as a new zombies co-op experience straight out of the schlocky horror movies of the 1950s. Put them together and shake ‘em up, and you’ve got a perfectly explosive summer cocktail, daddy-o. 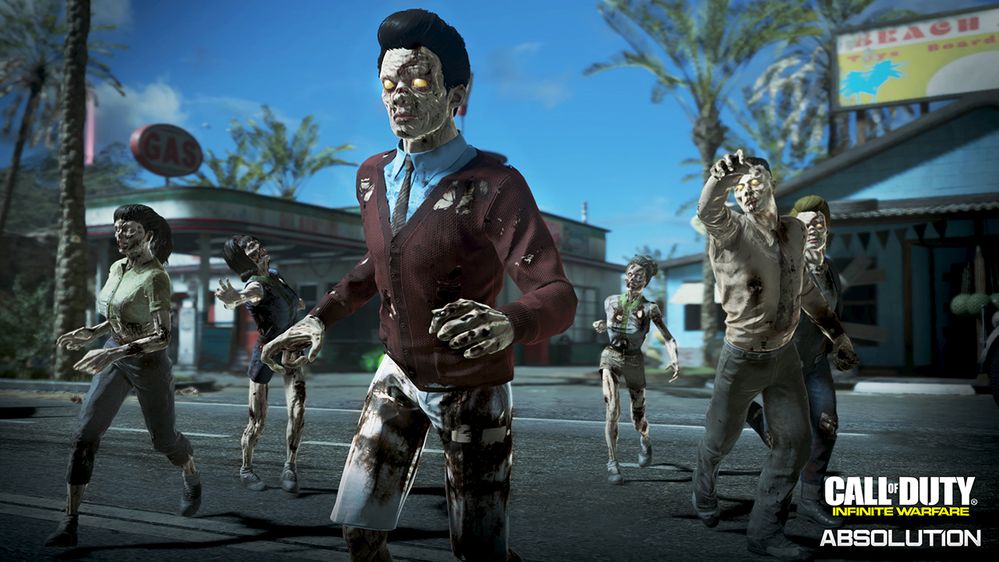 ATTACK OF THE RADIOACTIVE THING!

The twisted and enigmatic film director Willard Wyler is up to his shenanigans once again, and this time he’s zapped our fearless foursome of heroes into the 1950s with a campy horror experience titled Attack of the Radioactive Thing! The plot of this film follows a clumsy government science experiment gone wrong, turning an unsuspecting suburban populace into flesh devouring zombies, while a newly spawned biological menace moves into the ravaged town.

This action-packed chapter comes in the style of the Creature Feature movies of the era, and is headlined by none other than horror movie icon Elvira, played with voice and likeness by Cassandra Peterson. She will help players (hopefully) survive by giving them tips and side quests, all in her unique Elvira style, as they attempt to make it through this science experiment from hell.

Stepping into brand-new roles, our four intrepid cast of characters will become The Scientist, The Rebel, The Soldier, and The School Girl as they battle all-new zombies while sporting classically cool 1950s attire. If you’re hip to that jive, then just try to stay alive in Attack of the Radioactive Thing!

Of course, a new DLC Pack also means new maps! This time around Infinity Ward has four new environments for you to explore: 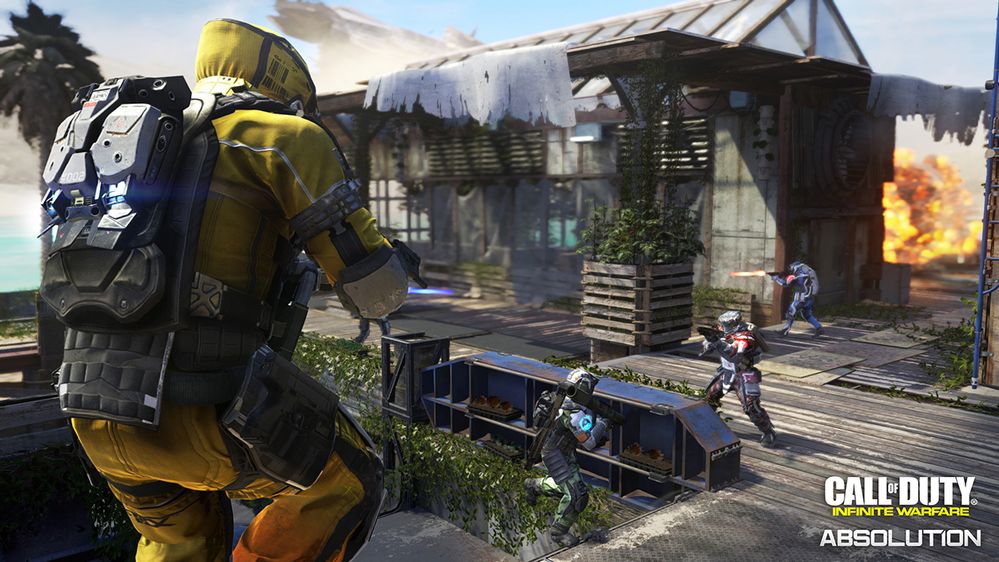 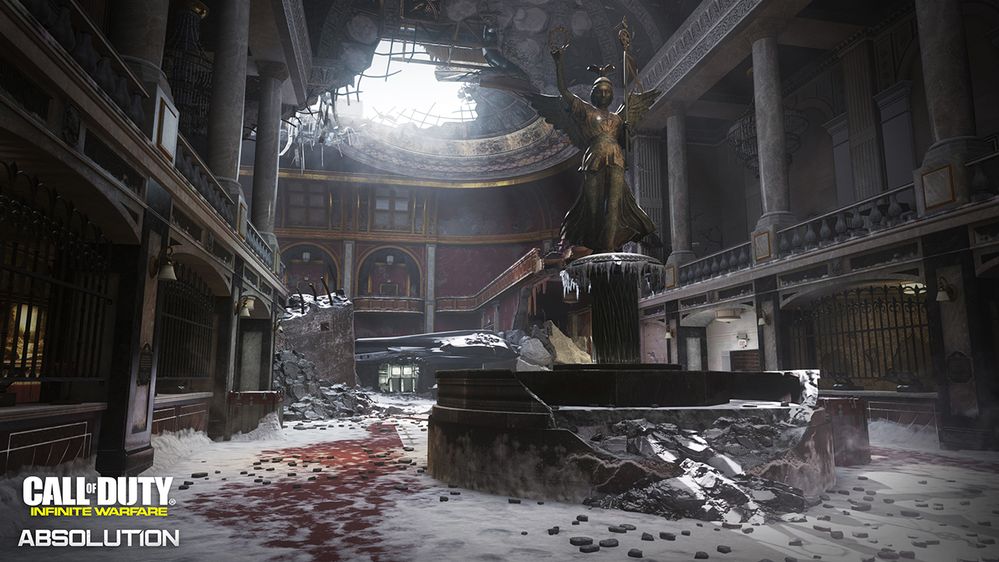 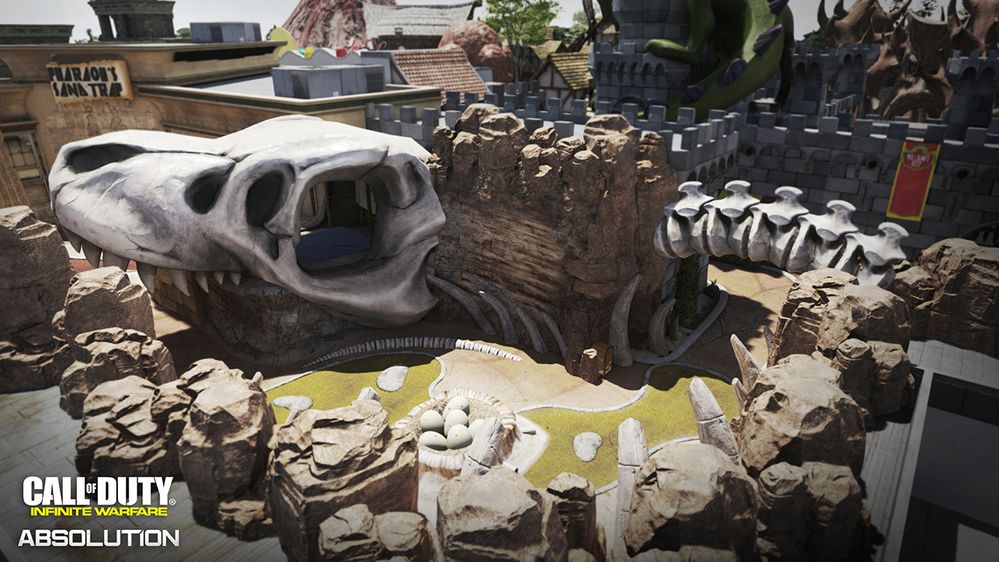 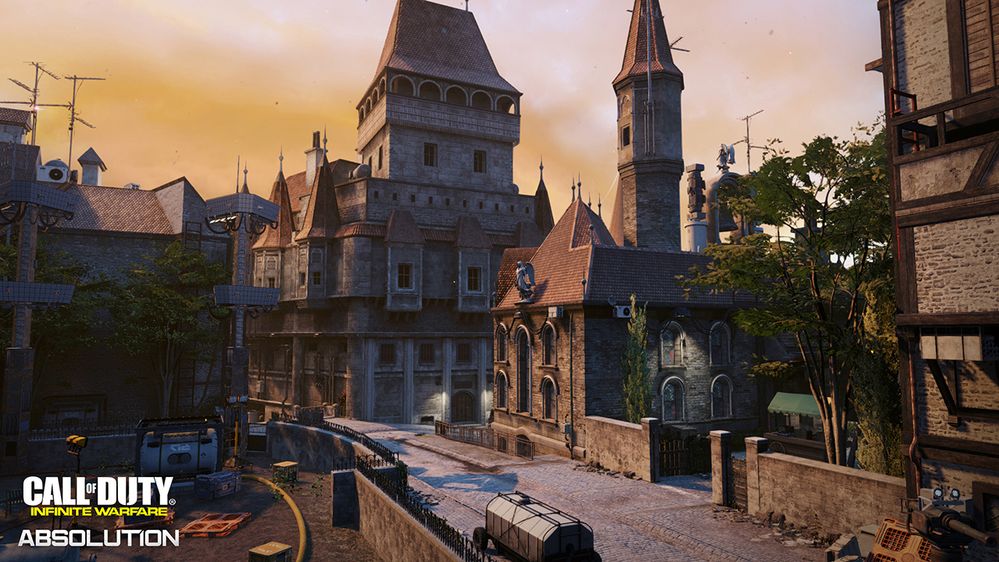 Call of Duty: Infinite Warfare’s Absolution is the perfect way to beat the heat while Call of Duty Days of Summer is in full swing. Look out for it (and the Radioactive Thing!) on PlayStation 4, beginning on July 6, 2017.