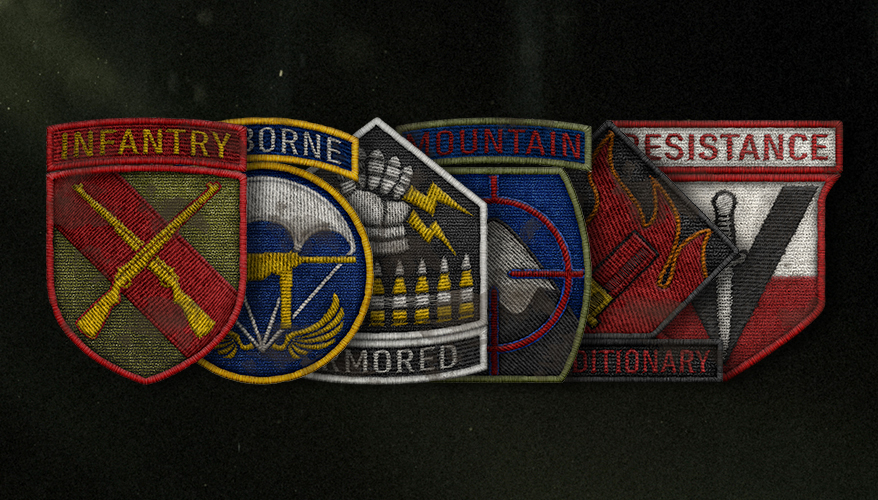 The Call of Duty: WWII Division Overhaul - Six Ways to Renew Your Loadout

Divisions in Call of Duty: WWII experienced a significant update on April 10. Here’s what you need to know and how you could refresh your current Division loadouts.

After monitoring gameplay feedback and analytics since Call of Duty: WWII’s launch, Sledgehammer Games have overhauled the Division system. These sweeping changes will offer more customization and a balanced Multiplayer experience that will benefit all players, from casual to pro.

Here’s the full announcement video from Sledgehammer Games about the update:

The Division Overhaul allows for a more customizable multiplayer experience and gives each Division more flexibility when building a loadout for both casual and competitive play. Here’s what each Division will bring to the table and what you could build as your new loadouts:

In the Infantry Division, you can add up to four attachments for your Primary Weapon and two for your Secondary. Throw the maximum amount of attachments possible for your preferred Rifle and Pistol, and consider trying out the new Rifle Grenade and Tactical Knife while testing for the optimal weapon setup.

Those who have mastered their favorite weapon and attachment loadout may want to try the new Blitzkrieg Basic Training, which allows Streaks to be earned by kills rather than score and gives you an additional Streak slot.

As seen in the Call of Duty World League, the most elite Call of Duty: WWII players use Airborne for its increased sprint speed and duration. Despite the overhaul, the Airborne Division still provides movement benefits, like the ability to reload while sprinting and sprinting faster over time.

Should you want to play like the pros, take a PPSh-41 in the Airborne Division and equip it with Grip, Quickdraw, and Extended Mag. Use a Machine Pistol with Extended Mag and Quickdraw for a secondary, and take the Hunker Basic Training to reduce explosive damage.

For an anti-Streak loadout, use Armored with an LMG that has the Bipod, Full Metal Jacket, and Extended Mag attachments. Pick up a launcher as your secondary weapon and, instead of being locked into Launched, feel free to use that Basic Training slot on Forage, which now resupplies bullets over time.

Now that the Mountain’s Sharpshooter ability is standard on all sniper rifles, this Division can fully commit to a stealthy loadout.

Pick up a fast-firing SMG like the Waffe 28 and equip it with the SMG Suppressor, Grip and Quickdraw. Then, complete the loadout by taking a Pistol with the new Pistol Suppressor attached to it, along with High Caliber to increase headshot damage.

Expeditionary can be a jack-of-all-trades Division now that the Division provides more equipment and an ammo supply that builds over time.

The Combat Shotgun with Incendiary Rounds, along with Extended Mag and Steady Aim, is a bread-and-butter option for close-quarters combat, but is awful at long-range. In this case, you can take Rifleman to pick up a Sniper Rifle as a Secondary Weapon and use its Sharpshooter ability to ensure that damage is done at distances outside of the shotgun’s effective range.

Resistance is now a great reconnaissance Division, so be ready to get those call-outs down and turn up your game’s volume, because you will get some vital intel for your team as a part of the Resistance.

Any weapon or equipment can do well in the Resistance. What may help any Resistance loadout shine is the Espionage Basic Training, which puts enemy Streaks and enemies you damage onto the mini-map.

These suggested classes are only a fraction of what will come on April 10. If you want the full list of changes, visit the Sledgehammer Games website to see the full patch notes.

This Division overhaul brings an entirely new feel to Call of Duty: WWII, so head into Multiplayer and experiment with the new changes to find out what fits your playstyle. We’ll see you in Headquarters, soldier.