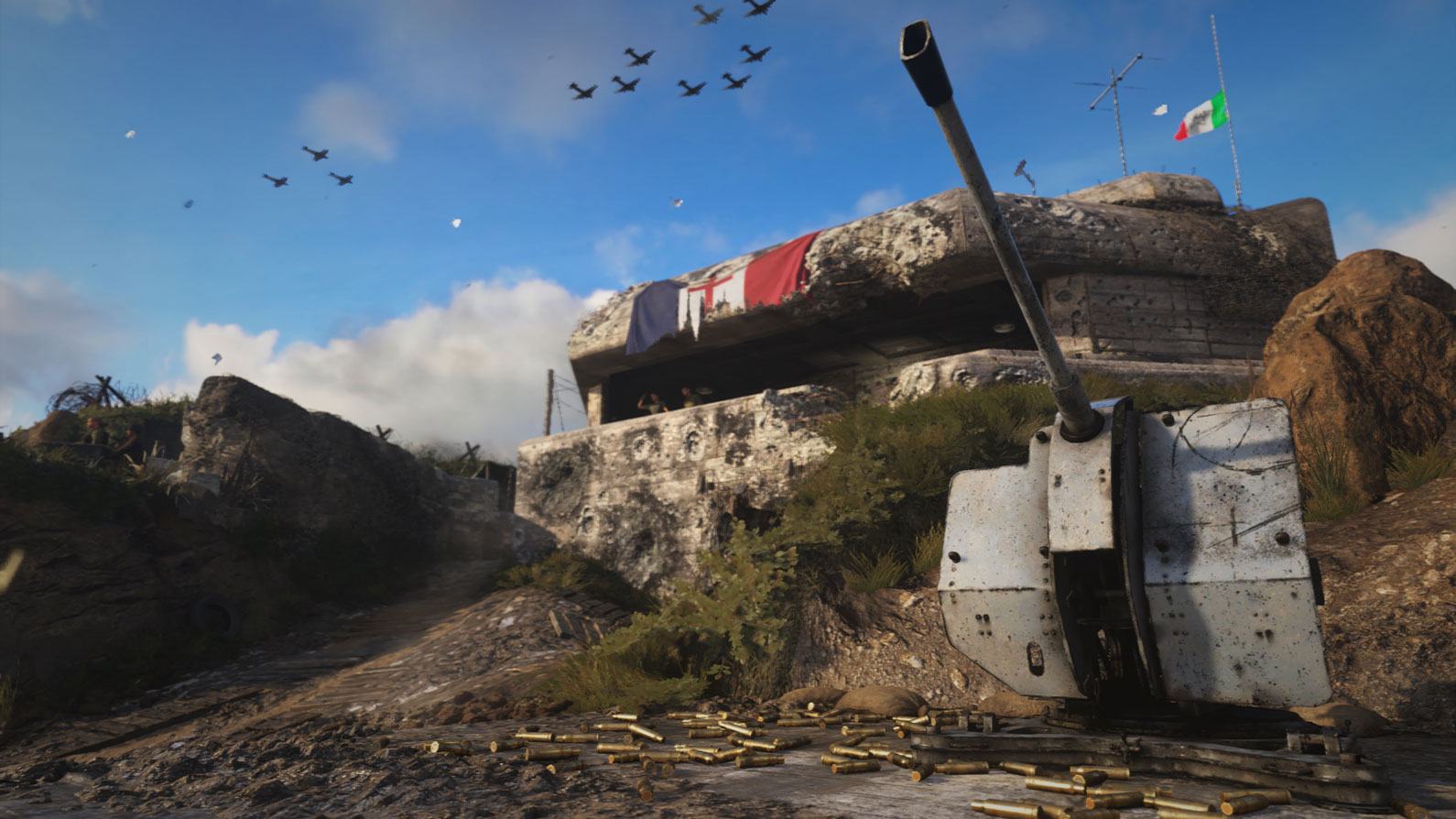 Experience a New Division and New Weapons in the Call of Duty: WWII Resistance Community Event!

Welcome to The Resistance, Call of Duty: WWII fans.

This Community Event comes with a shipment full of free content, such as a brand-new Division and new weapons, along with limited-time game mode events, 2XP playlists and much more.

There is little time to waste before The Resistance Event concludes, so here is a crash course on the new Division and the four new weapons that are included for free in The Resistance Community Event. 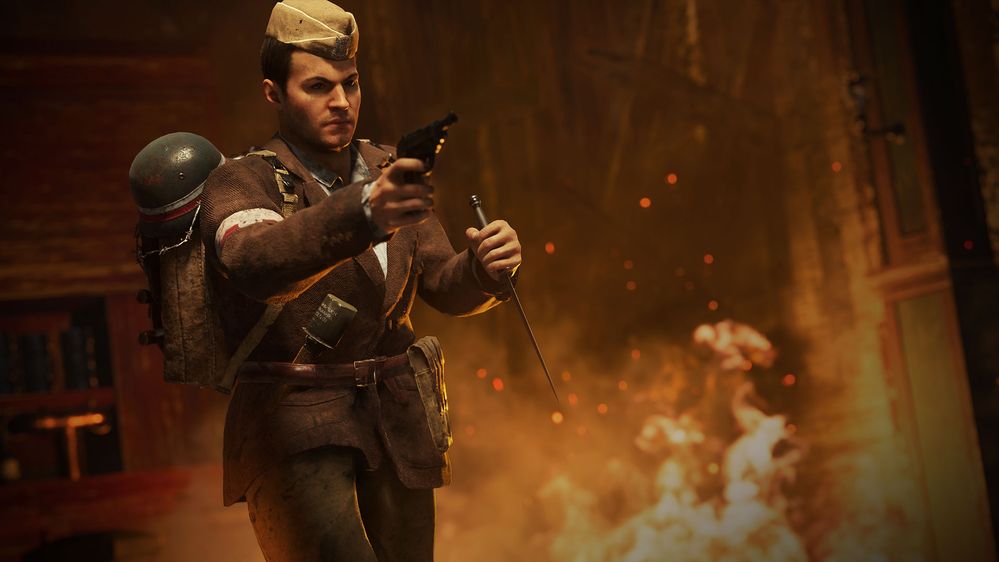 Every Division in Call of Duty: WWII plays to a specific weapon class' strengths; Mountain is recommended for those who use sniper rifles, while Armored provides benefits for light machine gun users, and so on.

As for the Resistance, its Division Training gives you everything you need to be deadly with a pistol.

First and foremost, the Resistance Division appears right below the Expeditionary Division on your Division selection screen. Every player in Call of Duty: WWII has access to this Division after updating their game to the newest version, so don't worry about having to unlock it to play.

Resistance soldiers receive a Tactical Knife for their pistol, which is an automatic and swift one-hit-kill in any game mode. As you level up the Resistance Division, you will be able to scramble nearby enemy mini-maps at Division Level Two, swap weapons faster and put a second attachment onto your pistol at Division Level Three. You'll also receive a mini-map indicator in the direction of close enemies at Division Level Four. This set of skills will make you a nuisance at close range, as it will confuse enemies, give you hints on where they are hiding, and make your pistol a serious secondary threat.

Like any other Division, you can use other weapons and receive some of the Division Training's benefits, but you will get the most out of this Division by using a pistol. Because your Division relies heavily on pistols, consider using the secondary attachment Extended Mag. The regular magazine size for an average pistol pales in comparison to a submachine gun or rifle, and you will burn through pistol ammunition quickly while in this Division. Extended Mag will give you more ammo in each clip.

Some Basic Trainings to consider in the Resistance Division are Energetic for a reduced cooldown on sprinting, Inconspicuous for quieter movement and faster movement while crouched, and Forage for the ability to resupply ammunition from downed enemies. An interesting Resistance Division loadout is one that uses the Serrated Basic Training. The increased melee speed is a huge benefit for your pistol's Tactical Knife, and the two Throwing Knives and two Tactical Grenades of your choice also compliment the Resistance's Training and playstyle.

How to Unlock and Use the 9MM SAP

Upon prestiging the Resistance Division once, you will unlock the 9MM SAP.
This pistol joins the WWII armory as another solid semi-automatic weapon choice. The 9MM SAP has moderate damage per shot, an eight-round magazine, and, for those with fast enough trigger fingers, a fire rate that is on par with the Machine Pistol.
The 9MM SAP, like the other pistols, will not win you any long-range shootouts, but putting on Advanced Rifling will make it slightly more comfortable to fight with at medium-close range. Instead of using Advanced Rifling, consider using Extended Mag to buff its magazine size, High Caliber for increased headshot damage, or possibly taking both of these attachments if you use this gun a lot in the Resistance Division.

How to Use the Volkssturmgewehr, Orso, and Combat Knife
The Resistance Event brings with it some new weapons for your loadouts, so here are some pointers on how to put them to good use. 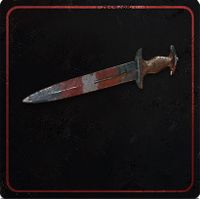 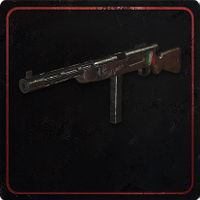 The Orso
Italian for "Bear," the aptly-named Orso submachine-gun will rip through enemies like an angry grizzly.
The Orso finds its place among the quick firing submachine gun group, which already includes guns like the PPSH-41, and the Waffe 28. These weapons all give you a high rate of fire weapon in exchange for some strong recoil, but the Orso differs from the pack with its slightly better effective range and a 30-round magazine.

Submachine guns can be effective both from the hip or while aiming down sights, so take your pick of Steady Aim or Grip for whatever suits your playstyle. Extended Mag is another solid attachment choice, as it will give you an extra 15 rounds to play with per magazine.

Although it may be tempting to put on a Lens or Reflex Sight, the Orso's iron sights are not too obstructive, and can be easy to work with after you try it out in a few Firing Range sessions or online matches. 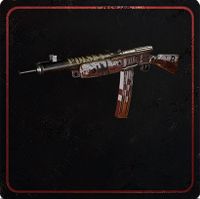 "It's German, and it will stop the enemy just as good as a Garand, maybe even better."

The Volkssturmgewehr is a fast firing weapon with a lower damage output. This weapon excels in medium-range engagements if you can control its recoil, and holds its own in short-range gunfights.

You could equip Rapid Fire to make the Volkssturmgewehr shoot bullets like a fire hose shoots water, but you may find more success in equipping attachments that complement the gun's fire rate rather than increasing it. Consider Grip to help you manage its recoil, Steady Aim to tighten its hipfire spread, Extended Mag to increase its magazine capacity, or High Caliber to increase its damage on headshots.

Much like the Orso, the Volkssturmgewehr's iron sights are fairly easy to get used to, but slap on a Lens or Reflex Slight if you want a clearer view while aiming down sights.

That's all the new content we have to cover in this guide, but we have a feeling that Captain Butcher has more up his sleeve, so stay tuned and enjoy The Resistance Community Event from now until February 27, and of course...