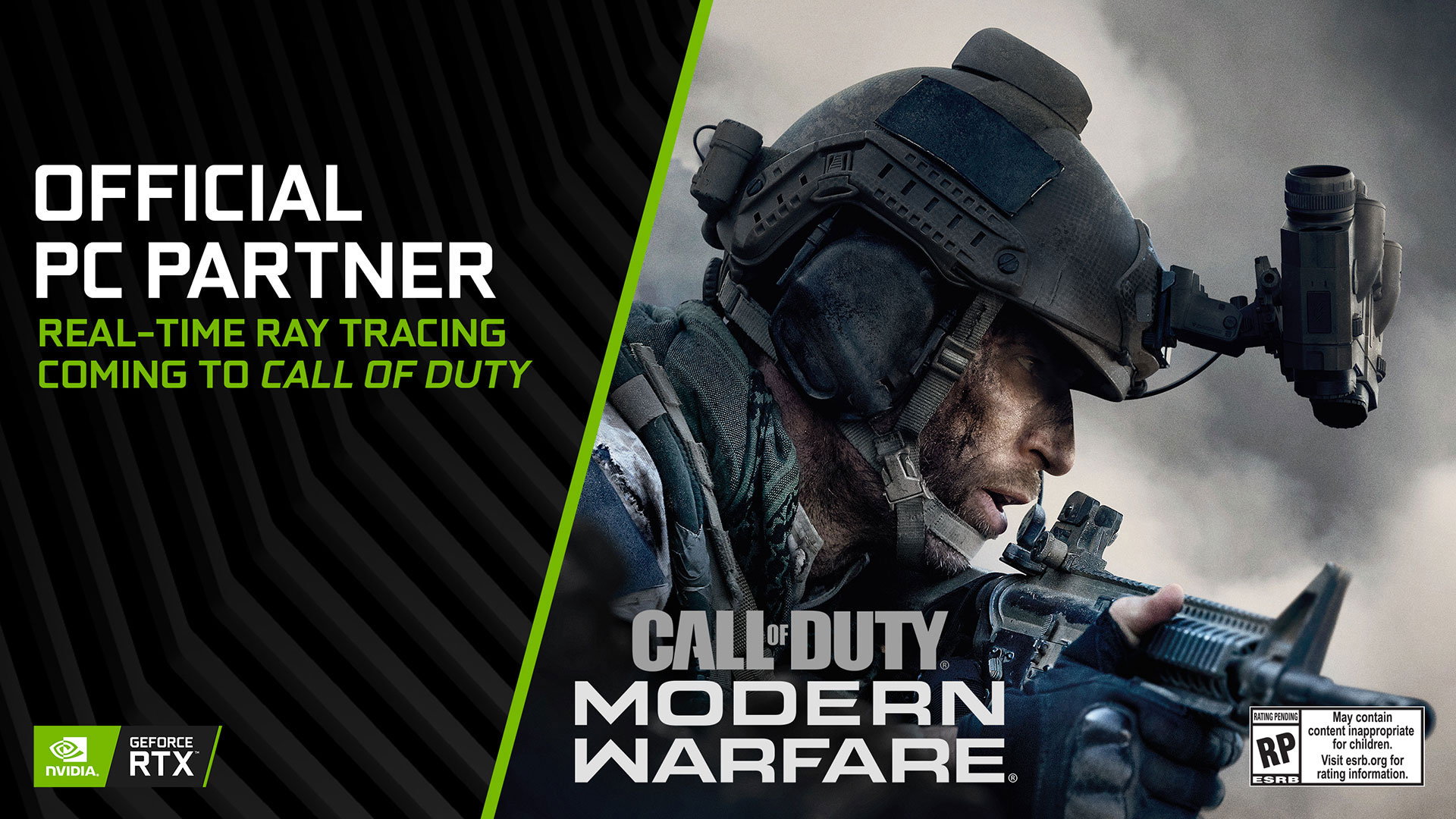 The title features a new engine delivering an immersive and photo-realistic experience. The new technology utilizes the latest advancements in visual engineering and a new suite of audio tools for the latest and most incredible Call of Duty experience yet.  We can’t wait to take a further look under the hood and share more about the technology powering Modern Warfare soon.

For PC fans, we have something you’re sure to like. We’re happy to announce that by working together with NVIDIA, as the Official PC Partner for the game, that Modern Warfare will include DirectX Raytracing (DXR). DXR enables real-time raytracing, which is the advanced graphics technique used to give movies their ultra-realistic visual effects.

NVIDIA Adaptive Shading, which is also coming to the PC version of Modern Warfare, is a new, advanced shading technique that enables developers to improve performance. By adjusting the rate at which portions of the screen are shaded, the technology reduces the work the GPU has to do, which boosts performance without denigrating image quality. PC gamers will experience high framerates without reductions in image quality.

“Our work with NVIDIA GPUs have helped us throughout the PC development of Modern Warfare.  We’ve seamlessly integrated the RTX features like raytracing and adaptive shading into our rendering pipeline. It’s been a great addition to our existing technology, and we look forward to our PC fans experiencing it for themselves very soon,” said Infinity Ward’s Dave Stohl.

Added NVIDIA’s Matt Wuebbling, “Call of Duty: Modern Warfare is poised to reset the bar upon release this October. NVIDIA is proud to partner closely with this epic development and contribute toward the creation of this gripping experience.  Our teams of engineers have been working closely with Infinity Ward to utilize the suite of game-changing NVIDIA RTX technologies to display the realistic effects and incredible immersion that Modern Warfare offers.”

Keep your eye out for more information on how Modern Warfare supports NVIDIA RTX features as we get closer to Modern Warfare’s release on October 25.

Be sure to check the Activision Games Blog in the coming days and weeks for the latest Call of Duty: Modern Warfare announcements and content.