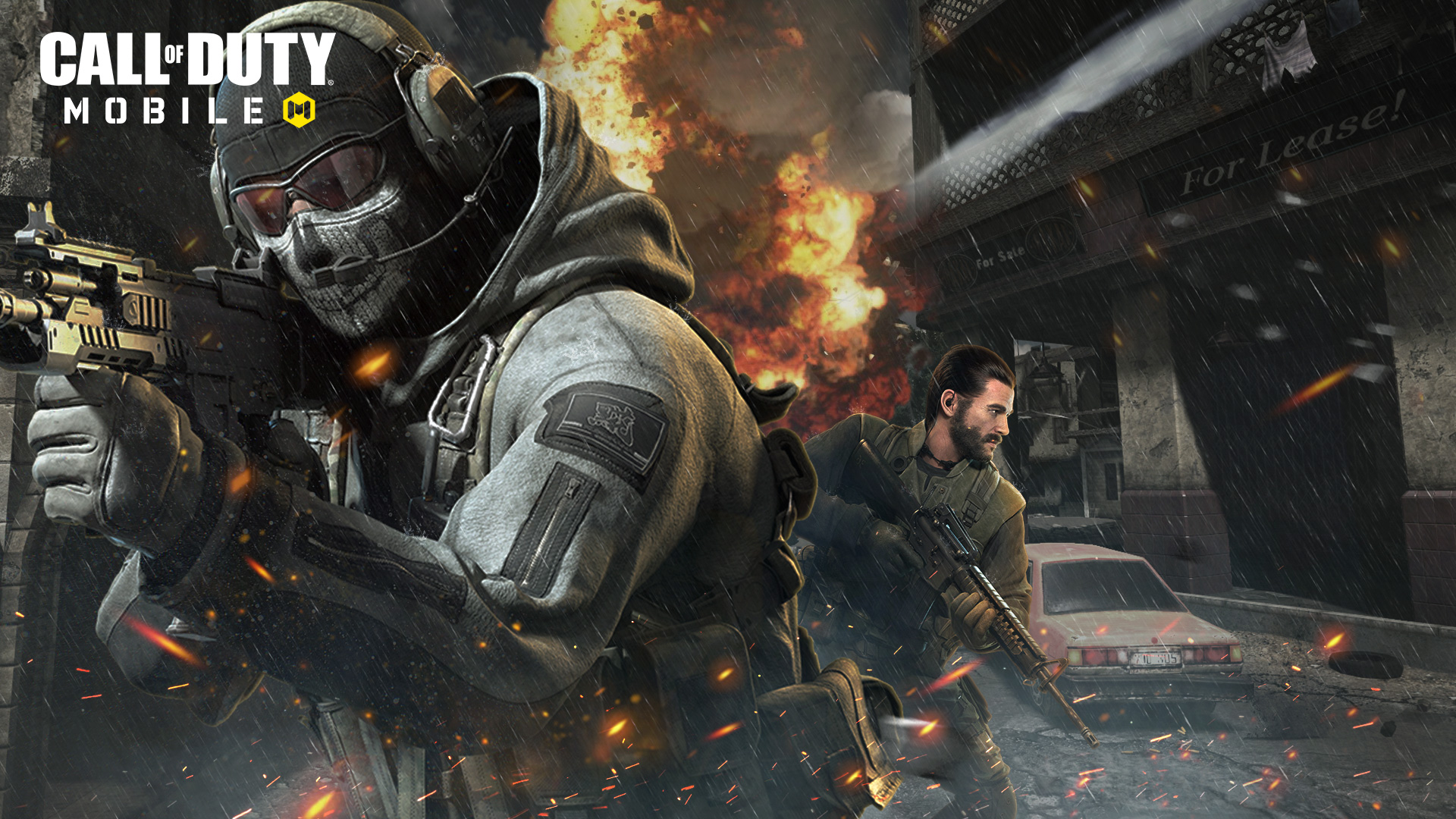 The Call of Duty®: Mobile Multiplayer experience is a collection of classic maps from across the Call of Duty universe, and the subject for this Map Snapshot is no different.

Originally from Call of Duty® 4: Modern Warfare®, Crash is a sharpshooter’s oasis in the middle of a seemingly endless desert, and it now comes to life right in the palm of your hands through Call of Duty: Mobile.

As the reimagined Crash map is now live in Call of Duty®: Modern Warfare®, we thought it would be fitting to make Crash the subject of this week’s Map Snapshot. 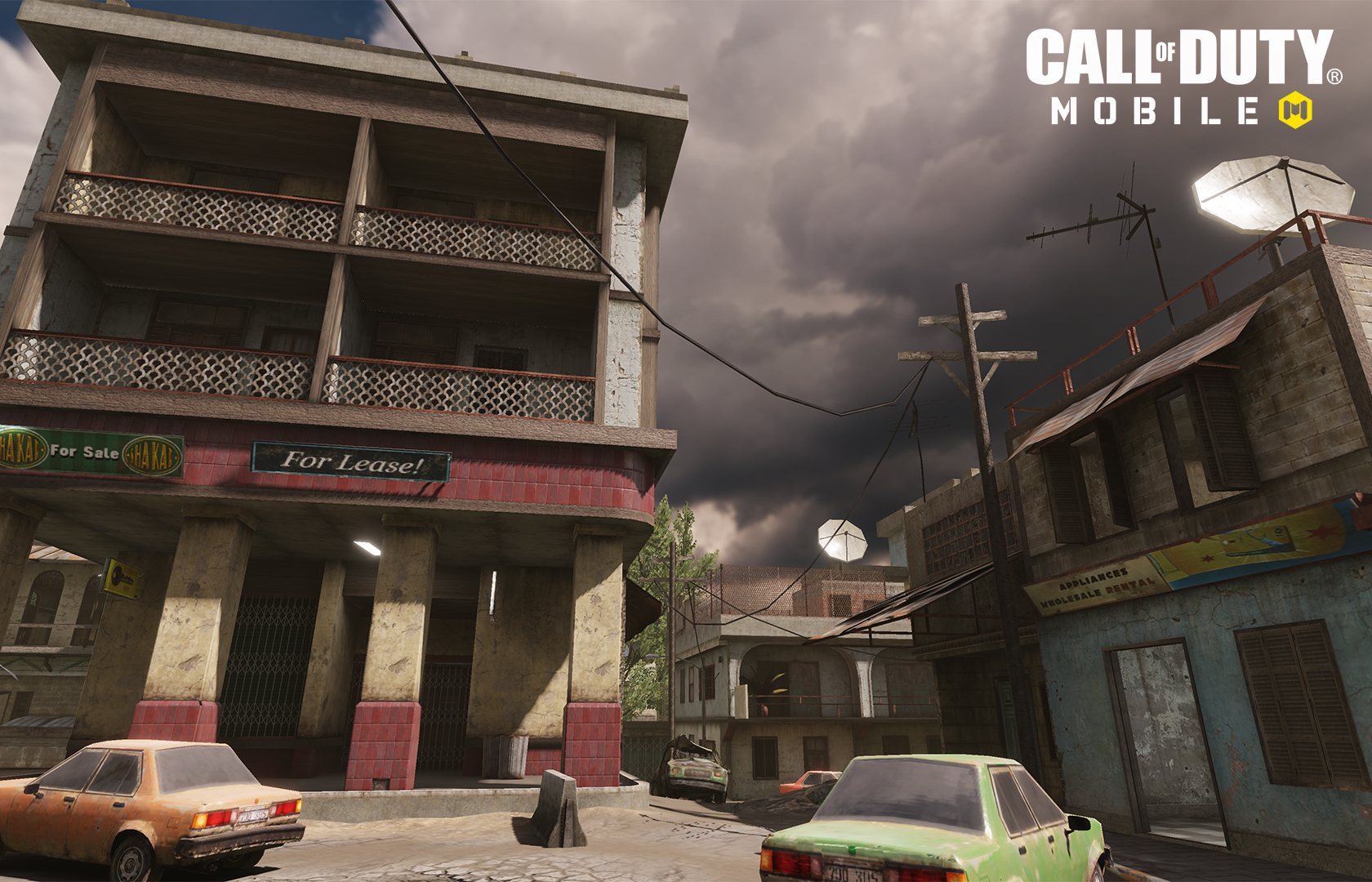 Dropping into Crash might give you a bit of shock and awe… Or at least, flashbacks to the Call of Duty 4: Modern Warfarecampaign mission that this map was based on.

Crash brings us right into the heat of a Middle Eastern desert town where a helicopter has crashed into the town’s square – hence the map’s name – taking bits of stone from nearby buildings and power line wires down with it.

Around the crash site are several vehicles that sit abandoned, as well as a few multistory buildings. One of them, due north, is a three-story tower with a staircase and ladder that lead right up to an open roof surrounded by a chain link fence. Another, due west, has been completely smashed open, with its ceiling almost completely reduced to rubble and its windows shattered to expose its interior to the blistering sun.

To the southwest of here are a few more buildings that complete this desert town, such as a mechanic’s workshop and a few stores. It also serves as one of the main team spawn areas, with the other being to the extreme northeast surrounded by buildings on lockdown with security gates.

The eastern part of this map also has a bit of greenery to the south, with a long dusty back alley leading directly through the main part of town.

Crash is defined not just by its ruined buildings and rubble, but by the amount of open space in between all the different sections of the map.

Yet despite its open concept, Crash is only a medium sized map; it won’t take you too long to travel from spawn to spawn in team game modes. However, in a live game setting, it might be dangerous to make a mad dash through the center of town.

That is partially because the multi-story buildings, especially the ones surrounding the downed helicopter and towards the southeast, offer incredible sightlines to some of the main parts of the map.

The three-story building’s roof offers an especially wide field of view looking down at the crashed chopper, as well as towards both main team spawn areas to the south and east. In other words, this area could be a big power position for those looking to snipe against the opposition.

Those looking to play with an emphasis towards close-quarters combat could find those fights by hopping from building to building and cover to cover. While the sharpshooters might take to the second-floor windows and roofs of buildings, the interior space throughout the map could lead to fast-paced duels with little breathing room in between. 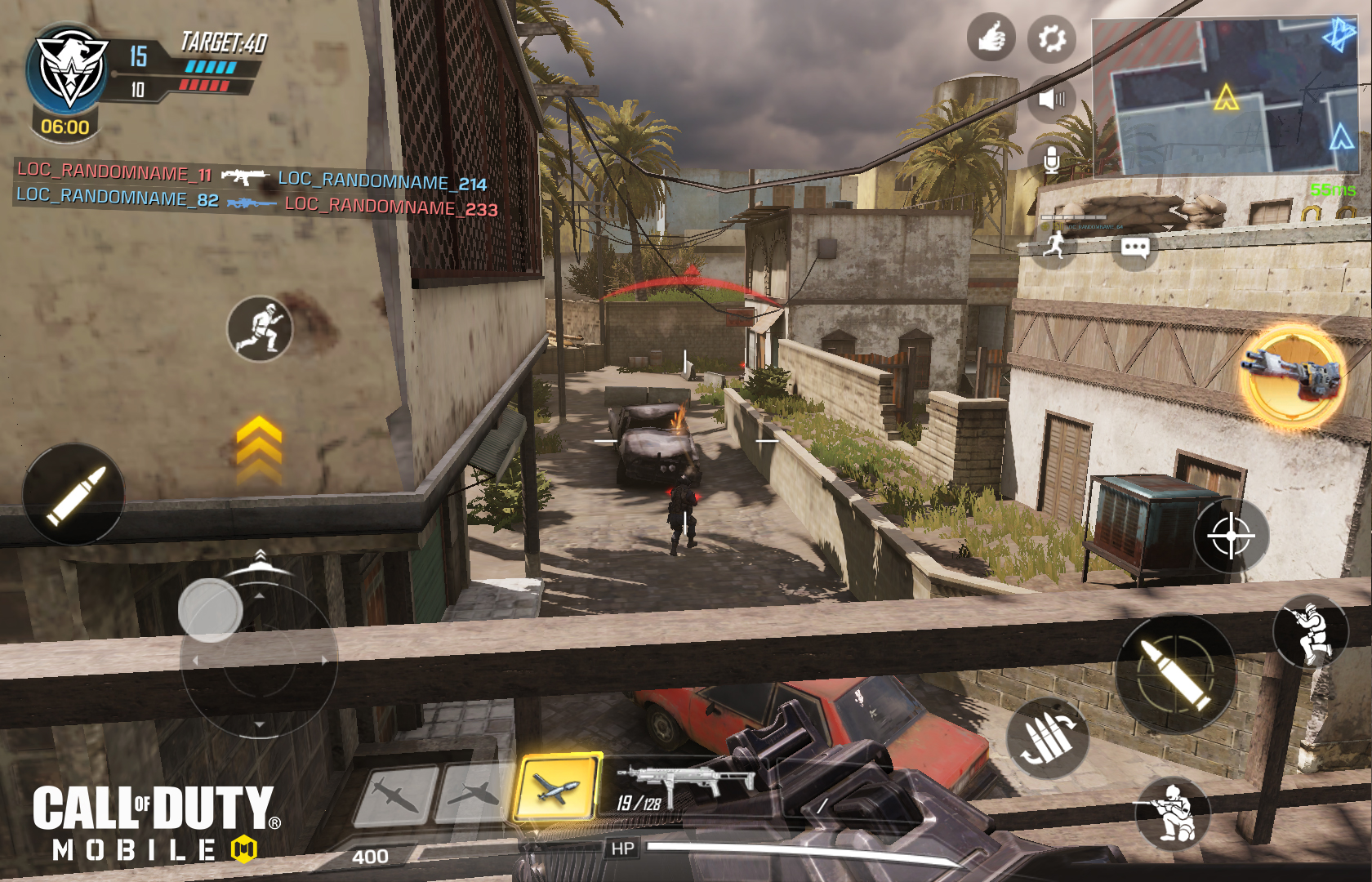 So, what happens if a sharpshooter takes to one of the second-floor windows or high up on the roof of the three-story building?

While these places can be described as power positions, taking the right angle towards a pesky sniper could make it easier to get him or her out of that stronghold.

For example, when tackling someone who is peering through the chain link fence on top of the northern building’s roof, consider peering around the corner of a building on the eastern team spawn area, or eyeing them from behind the barrels and walls of a dead end at the center of town.

Another strategy is to exploit the weakness of sharpshooting loadouts; usually, those who pick up a sniper are less effective in close quarters combat. Bounce over to the three-story building and make your way up the staircase, or take a short hop up the ladder on the building’s eastern face to catch that sniper by surprise.

Yet another idea is to chuck a hail mary; a well-placed and slightly cooked Frag grenade – which is done by continuing to hold the grenade button instead of throwing it immediately – could smoke out even the most seasoned sharpshooter who forgot to pack a Flak Jacket. 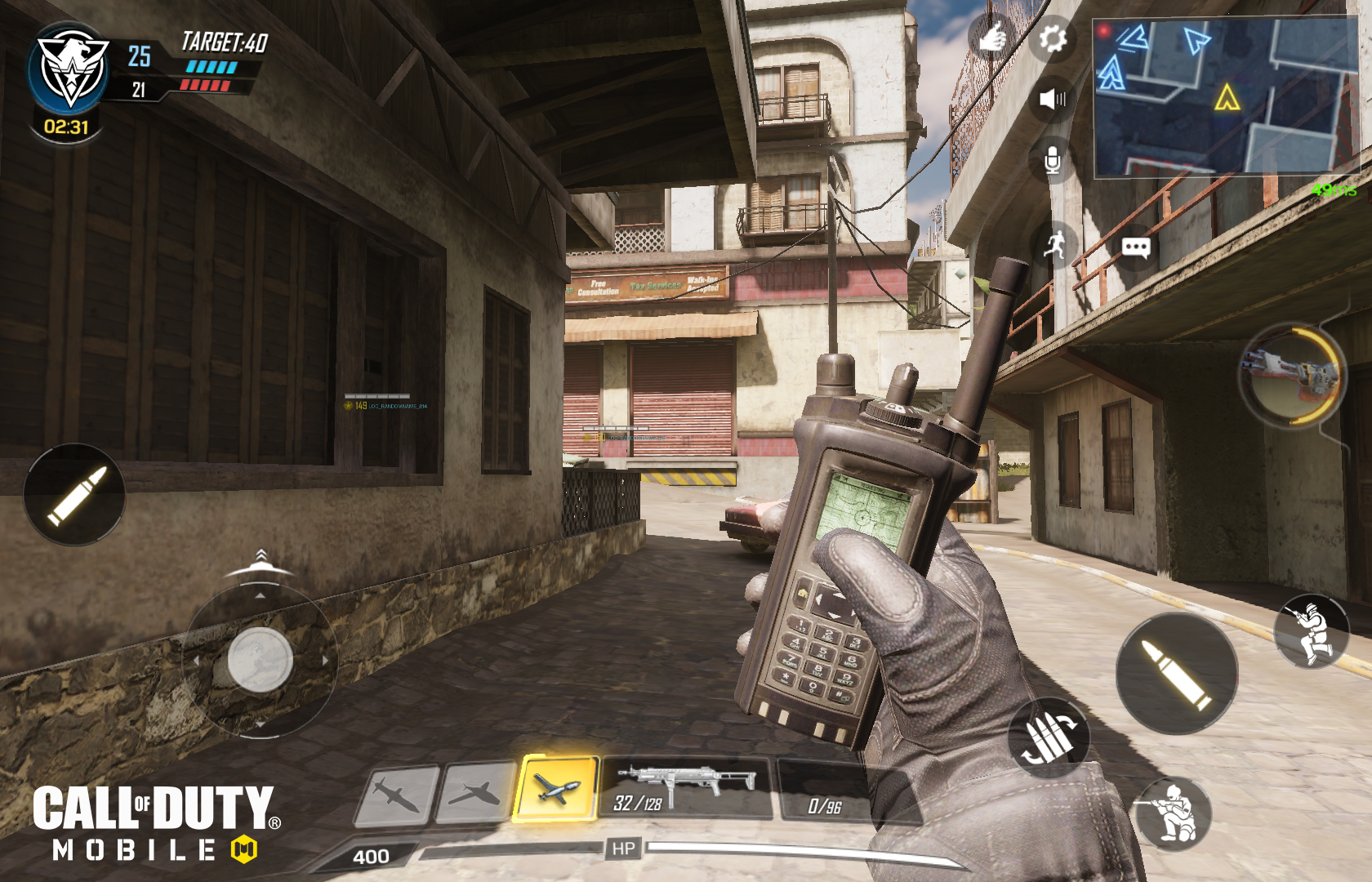 The skies are clear for Scorestreak usage on Crash, and there is a lot of open ground to play with.

A Missile can do damage most anywhere on the map, but it is especially deadly against a sniper who has taken up residency at the top of the three-story building.

Other aerial Scorestreaks are also great on Crash, but in terms of ground-based streaks, the Sentry Gun could be an underrated selection. Putting it in a high ground power position – or as a counter to power positions in nearby alleyways – could lead to a few takedowns against unsuspecting foes.

As for potential airdrop locations, the grassy area to the southeast has plenty of open space to drop a care package or two, and it is usually an area with little foot traffic. Otherwise, both initial team spawn areas are just as good… But beware of dropping that marker underneath a building and having your airdropped package land on the roof. 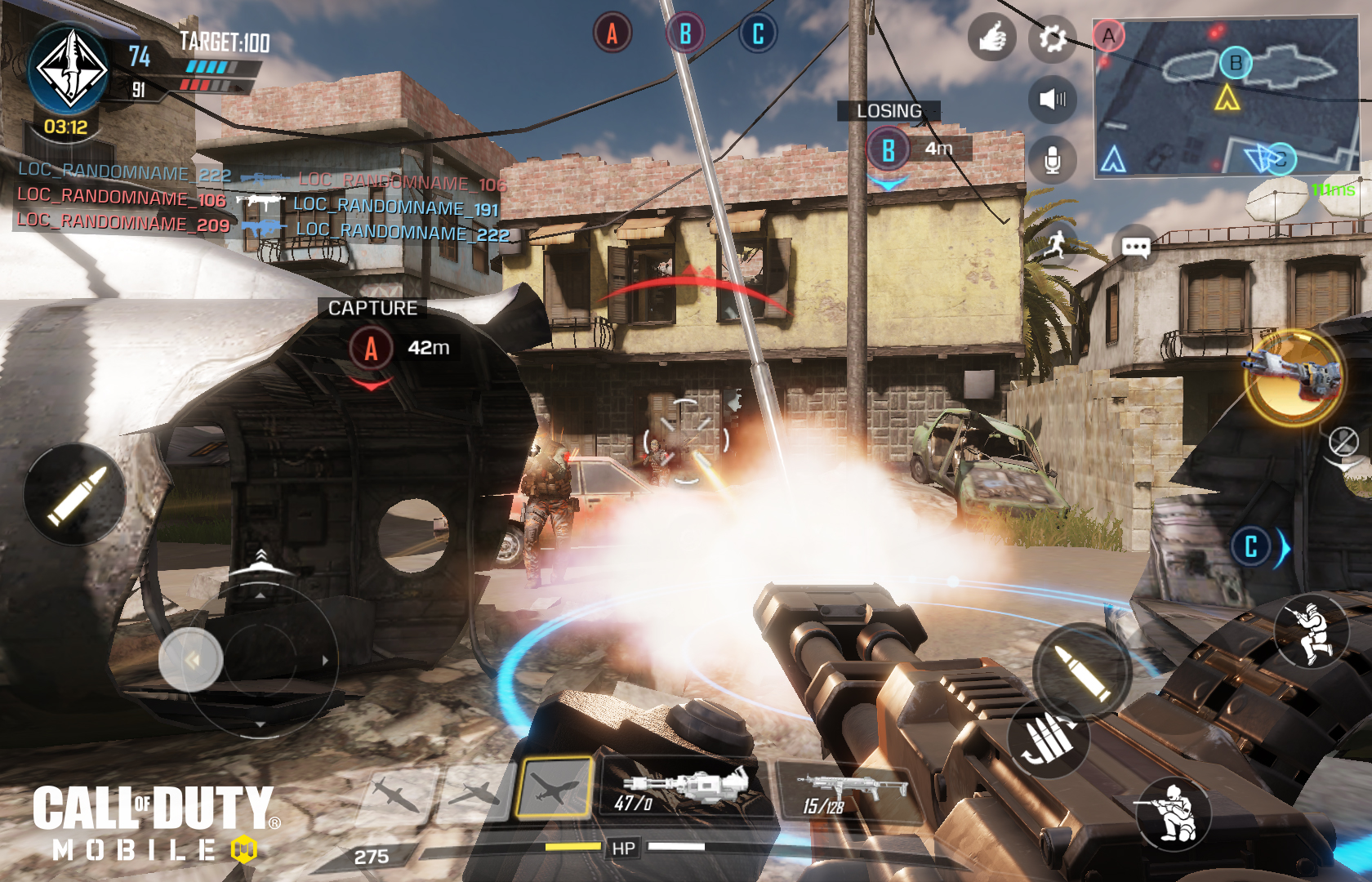 In some objective game modes, the downed helicopter might serve as a hotly contested point on the map. And for good reason; being in the middle of multiple high ground power positions and chokepoints puts this mid-map landmark in a near-perfect scenario for constant crossfire.

Should you want to play the objective here, be very cautious of all the potential hiding spots where an enemy may lurk. It may be wise to bring a few teammates to fully cover this open space, or to drop some Scorestreaks to clear the way for a mad dash towards an objective.

Another strategy that could be useful for objective game modes is to focus on the sometimes-neglected southern portion of the map.

While this alleyway could be a hotbed for sniper activity – an incline running west to east here could help a sharpshooter out – an objective player may focus more on locking down the middle of the map. Meanwhile, there are some cases in objective game modes where the middle of the map can be ignored entirely if this alleyway is locked down correctly.

All options for objective play should be considered when playing on Crash, as a bit of creativity can break even the most seasoned sharpshooters who lock down the potential power positions early.

10. Crash can be a haven for sharpshooters thanks to its multi-story buildings. Be aware of potential snipers in these potential power positions.

9. Alternatively, a good strategy for this map is to pick up a long-distance weapon and wrest control of these high ground spots, especially the roof of the three-story building.

8. These high ground spots could be diamonds in the rough for ground-based Scorestreaks like the Sentry Gun, as long unobstructed sightlines could allow for a wide area of suppressive fire coverage.

7. A Scorestreak, a bit of tactical play, or a well-timed grenade could easily take out a sharpshooter from one of these power positions. Switching up strategies to counter these snipers might be a great key to victory.

6. A soldier could also take over Crash by holding the southern alleyway effectively to cause chaos for sharpshooters spread throughout the map

5. There is plenty of open space on Crash, which is great for aerial Scorestreak use and allows for multiple unobstructed sightlines across the map.

4. Still, the interior spaces on this map provide opportunities for close quarters builds to shine. No matter what weapon you choose, it can work on Crash.

3. The grassy area in the Southeast portion of the map can be a great place to place an airdrop marker, or a place of potential reprieve from Crash’s more active areas.

2. If the crashed helicopter becomes a place of importance for objective play, it’s best to be cautious around it, given that it is subject to occasional crossfire.