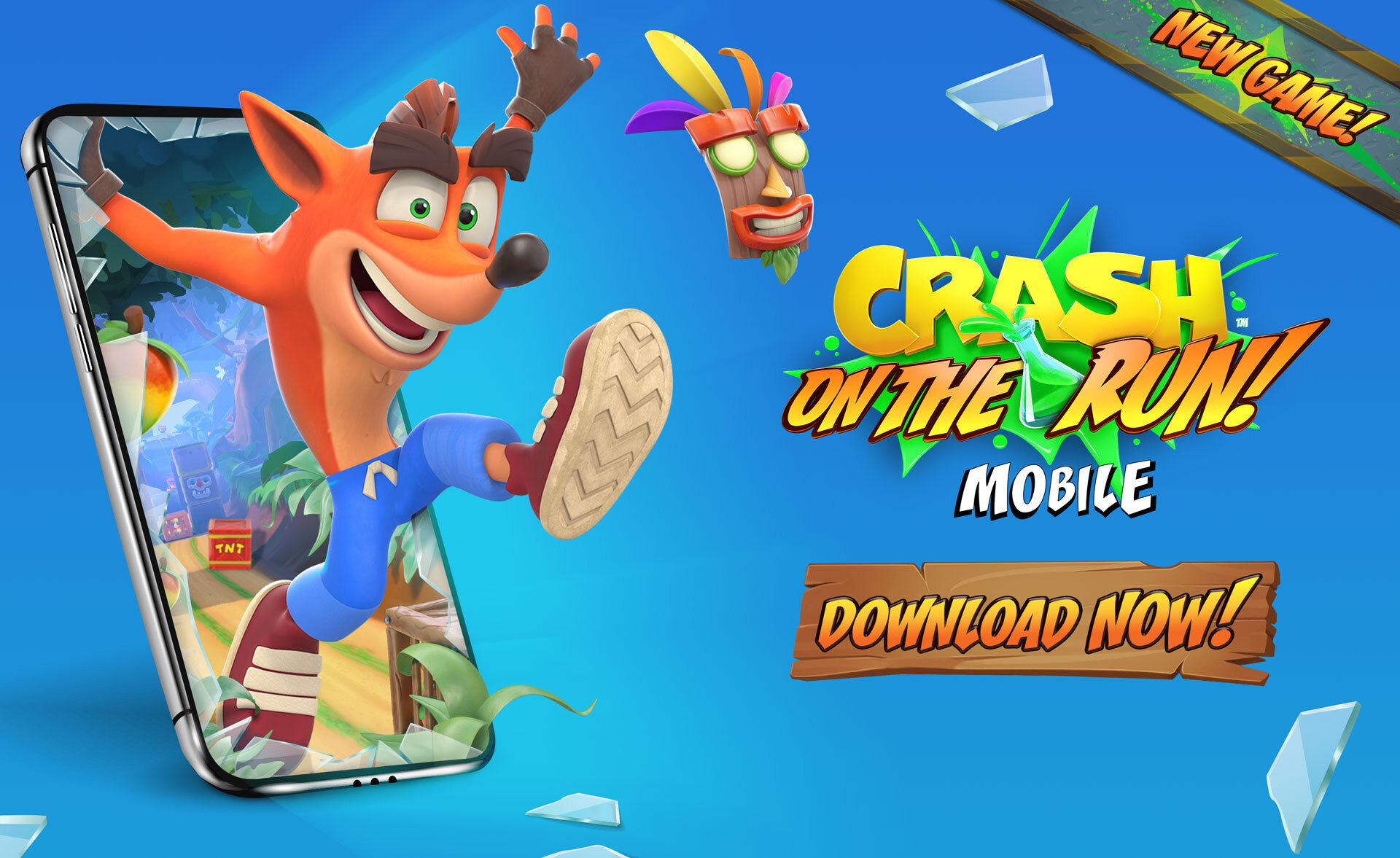 Celebrate the 25th Anniversary of Crash by taking all your favorite characters on the go with Crash Bandicoot: On the Run!™ This all-new mobile adventure is now available to download and play for free* on iOS and Android mobile devices.

Run, spin, swipe, and smash your way through an all-star cast of lands and bosses, as Crash and Coco embark on a new quest to defeat the minions of Doctor Neo Cortex. Read on for everything you need to know about Crash on mobile. 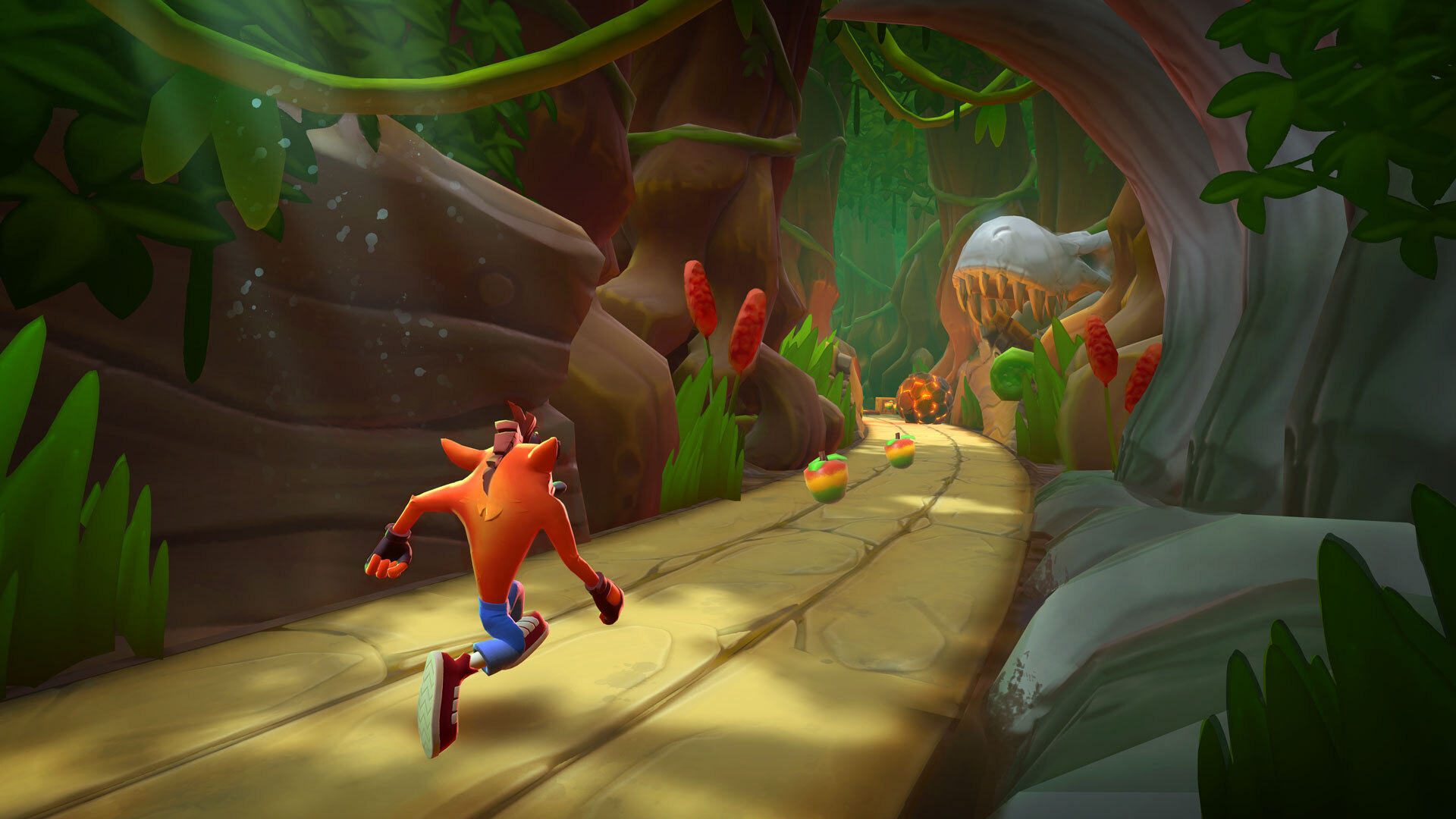 Take On Legendary Locations and Bosses

Tighten those laces, Bandicoots. A variety of running challenges await our heroes, starting at the Wumpa Archipelago. This vast landscape features classic levels like Turtle Woods and Temple Ruins, as well as branching paths. Will you brave the depths of Sewer or Later or take a mad dash through the Snow Go winter wonderland?

Attempting to stop you in your tracks are the most nefarious of villains: Dingodile, Doctor N. Gin, and Doctor Neo Cortex himself, to name a few. Build up your arsenal of weapons and take them on in epic boss battles. Toss bombs that rattle Nitro Crab in his shell, sloosh the Frosty Ant Drone out of his lane using serums, and humiliate Nitro Neo Cortex with a double whammy of the Ray Gun and Bazooka.

Play through the main adventure or test your skills in other game modes like time trials or the endless runner mode. Even in their quest to bash Cortex’s minions back to their own dimensions, Crash and Coco always have time for new challenges.

Watch that TNT! You wouldn’t want to scuff your new digs.

Crash Bandicoot: On the Run! features an array of whacky and creative skins to unlock as you progress through Wumpa Island. Start off with the classic Crash and Coco look or get snarly with the Punk skins also available from the start. The resources you find and the enemies you face depend on the path you take, so choose wisely. With multiple routes and lanes weaving to-and-fro, you never know what you might find around the next corner. 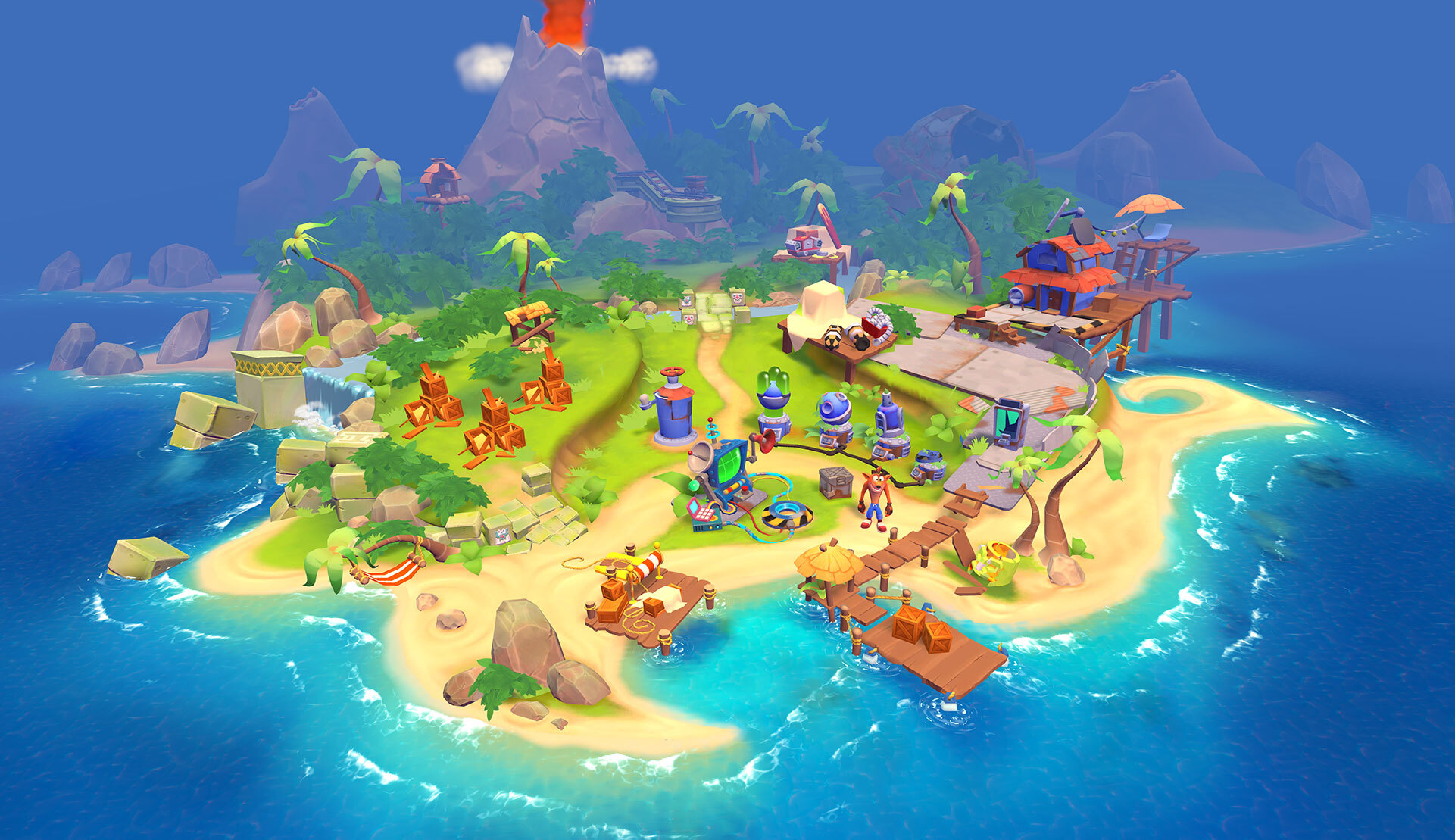 Build up the Wumpa Island HQ

Kick back and enjoy the island life at Coco’s Wumpa Island HQ. Collect resources on your adventures through Wumpa Island to help develop the HQ with upgrades like the high-tech labs where weapons get made, like Nitro Bombs and Frosty Ray Guns. Be on the lookout for Pop Blossoms, Shell Shards, Nitric Fungus, and other special resources and use them for your upgrades or trade them for Crash Points.

Team Up for Greater Rewards

Join a clan and play with your friends! See who has the fastest feet in asynchronous multiplayer runs and claim huge Crash Points for challenging others. Get your best runs memorialized on the leaderboards. Who ran the farthest? Who ran the longest? Strive for the best result and keep racing for the top spot. 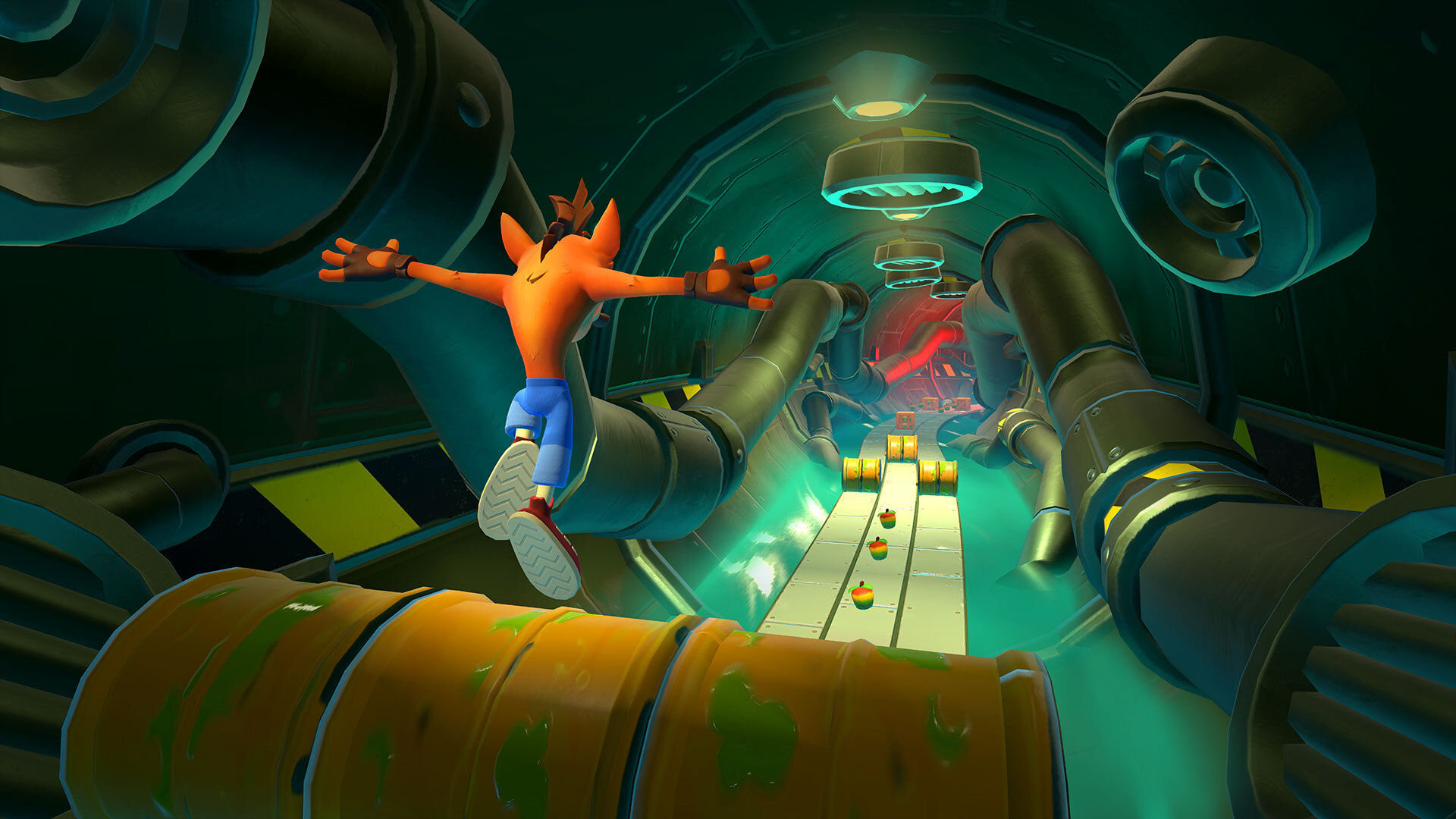 What are you waiting for? Download Crash Bandicoot: On the Run! today on Android and iOS**. Visit our website for more details.

*Crash Bandicoot: On the Run! is completely free to play but some optional in-game items will require payment.

**You must be connected to the internet to access the game.