Which Division is Right for You in Call of Duty: WWII?

Need some help picking out your starting Division in Call of Duty: WWII? This guide can help you enlist in the Division that fits your playstyle.

Call of Duty: WWII is once again redefining the traditional Call of Duty create-a-class system, adding a Division system to hone and define your playstyle and immerse you into a game set during the Second World War.

When you first drop into Call of Duty: WWII’s Multiplayer, you will be given a choice of five Divisions to choose from. Don’t worry about this choice being permanent, as through leveling up, you will eventually have access to all five Divisions.

These Divisions give you immediate access to a certain weapon class, such as the Infantry with assault rifles, as well as a special skill and a Division Training. Your skill and training are extremely beneficial to your Division’s weapon class, so while you can use a submachine gun in the Mountain Division, for example, you won’t be able to use the Mountain Division’s skill unless you pick up a sniper rifle.

If you pre-ordered Call of Duty: WWII, you had a taste for all five Divisions during the Private Beta, and you might know which one you’ll choose on November 3. However, for those of you who need a refresher, or have not yet experienced Call of Duty: WWII, this guide will help you get your boots on the ground and marching towards victory on your first day of play. 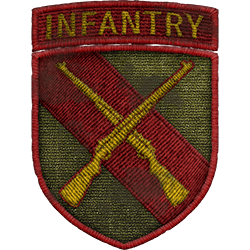 In Call of Duty: WWII’s campaign, you will be fighting as Red Daniels alongside the Fighting First. If you choose to experience the story first, when you head into Multiplayer you might consider enlisting in the Infantry Division.

The Infantry are for those players who consider themselves a jack of all trades, much like the assault rifles that pair well with the Infantry’s Skill and Training. In any situation, whether it be close quarters or a long-range gun fight, the best Infantry soldiers know exactly how to use their weapon to their advantage, and how to turn a seemingly tough battle into a tactical victory.

An Infantry soldier also knows what attachments and situations make their assault rifle perform the best in battle. When leveling up this Division, you will gain access to another primary attachment slot and extra magazines for your starting primary, which will help you fully customize your favorite weapon in Call of Duty: WWII’s Multiplayer.

Finally, an Infantry soldier is not afraid to charge forward in battle, even against enemies who brandish shotguns and submachine guns. For that reason, the Infantry Division has access to a Bayonet Charge as its main skill. By clicking R3 on your controller (or the key bind of your choice on PC) while sprinting, you’ll race forward with your fixed bayonet, piercing the first enemy in your path for an automatic kill. As long as you live through the charge, that is.

Want to be this versatile soldier? Then pick the Infantry as your Division of choice.

At its core, Call of Duty is all about fast-paced action, and the Airborne Division is the definition of traditional combat.

Submachine guns are the primary weapon for Airborne Division members, who rely on fast-firing weapons and speed in order to reach victory. The Training on offer for the Airborne Division is perfect for this playstyle, giving those who level up benefits to their sprint speed and duration, as well as an increase to their climbing speed over obstacles or up ladders.

The Airborne Division skill adds a unique twist to the traditional run-and-gun player, as it allows you to attach a suppressor to your submachine gun at any moment in combat. A suppressor is no longer an attachment for any weapon in-game, but should feel familiar to those who used have used it in previous Call of Duty titles. While it does cut your range of lethality, a suppressor hides your muzzle flash, which helps you aim better while being stealthy, and muffles your shots so they don’t appear on your enemy’s minimap.

This skill turns the Airborne Division into a must for stealth players, as a suppressor is one of few ways you can disorient and surprise your enemies. Paired with the lethality of submachine guns in close quarters, the suppressor skill gives you a major edge when you find yourself behind your enemy’s front lines.

Whether you like to sneak up on your foes, run a marathon around the map, or even both, the Airborne Division is what you should choose when you drop into Call of Duty: WWII’s multiplayer.

If you love that phrase, and are not afraid to empty an entire clip downrange towards an objective, then welcome to the Armored Division.

This skill allows you to hold objectives, but it also makes you a stationary target. Enemies will want to smoke you out with tactical grenades, explosives, and even fire… But with the Armored Division, you can take almost as much as you can dish out.

Through leveling up the Armored Division, you’ll earn immunity to tactical equipment, as well as take less damage to fire and explosives. This is not only helpful for those wanting to sit on an objective, but in nearly every single fight you will get into, it will force your enemy to rely on their gun skill to take you down.

Leveling the playing field with your Training as well as your weapon is what the Armored Division is built for, and if this sounds like a good fit for you, then choose this as your first division. 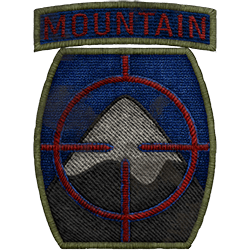 I do not have to convince you to be in the Mountain Division, because if you even considered using a sniper rifle, it’s almost mandatory that you join up with this Division.

The Mountain Division gives snipers the ultimate skill for combat, as the Sharpshooter skill allows you to block out your surroundings in exchange for aim assist and enemy identification. This skill is perfect for those who loved sniping in older Call of Duty games, where you had zero peripheral vision while aiming down a sniper scope. Sharpshooter makes you exactly what the skill says, an assassin at long ranges with pinpoint shots… if you have the accuracy for it.

However, the Mountain Division is not just for sniping, and their Division Training may also sway you towards going this route. When leveling up this division, you’ll gain access to various stealth perks, such as being invisible to enemy Recon Aircraft and other Scorestreaks while moving, with silent movement similar to the Dead Silence perk in previous Call of Duty titles.

These stealth benefits are useful for snipers who need to change their location often. You will not be able to slap on a suppressor to your gun, but if you pick your battles correctly, this training path will forge you into an almost invisible threat to your enemies.

Want to snipe or sneak? Then choose this as your starting Division. 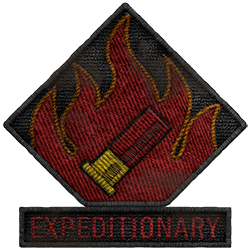 The term “up close and personal” is what some people live by as a Call of Duty player. No matter how deadly the enemy is, you are willing to charge right at them with maximum firepower, and aren’t afraid to use explosives and tactical equipment to your advantage.

If this sounds like you, then welcome to the Expeditionary Division.

The Expeditionary Division relies on shotguns, which range from pump-action to semi-automatic, and are the masters of destruction at close range. Their Division Skill provides a few rounds of Incendiary Shells, which make your shotgun even deadlier at close range by spewing fire that can set your enemies ablaze. However, this skill only works with shotguns, which are the calling card of this Division, so choose your loadout wisely.

Even if you choose to forgo a shotgun, leveling up your Expeditionary Division will make you the master of equipment. You will be able to select both Tactical and Lethal equipment (every other Division will only allow you to use one or the other), resupply equipment from fallen enemies, and allow you to throw equipment faster, farther, and while sprinting.

Those of you who are creative in combat, or know how to surprise the enemy, you should consider the Expeditionary Division as your first choice.

If you have not done so already, get a head start in Multiplayer with four hours of double XP and a free weapon unlock by pre-ordering Call of Duty: WWII right now. We’ll see you in field starting on November 3!

For more intel about Call of Duty: WWII, be sure to visit CallofDuty.com and follow @CallofDuty and @SledgehammerGames on Twitter.