We take a closer look at Airship, Chancellery, and Excavation maps along with the new War Mode Mission - Operation Arcane!

We spent some time on the front lines with Shadow War and are back with some intel that could help as you face the enemy. Here’s what you need to know about Airship, Chancellery, Excavation, and the Operation Arcane War Mode. 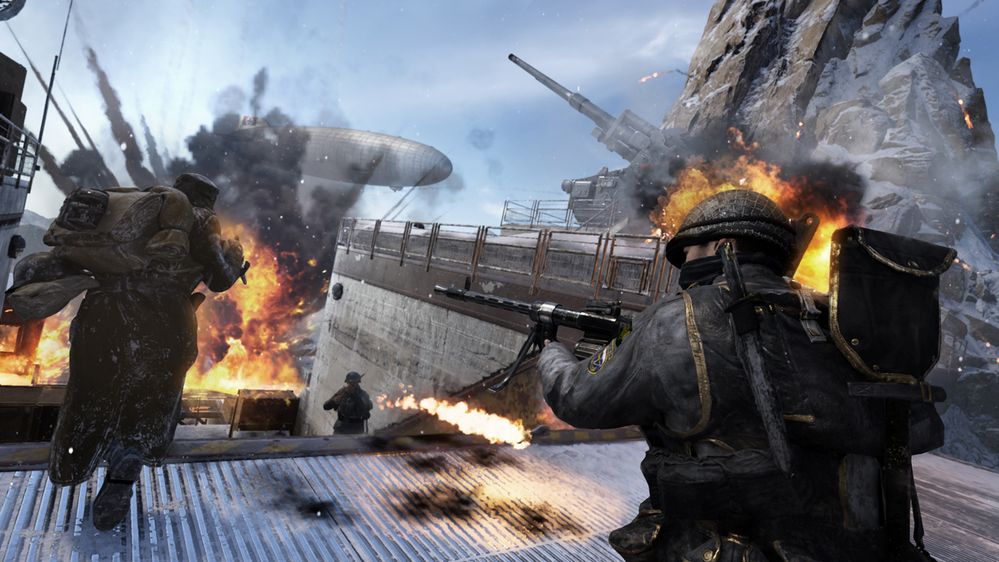 Verticality is the name of the game in this map, which as the name suggests, features a large zeppelin as an accessible focal point.

There is one set of stairs that leads up to the airship proper, where sight lines on routes leading from either spawn and the middle of the map are plentiful. Most likely, defending the airship will take a deployable on the steps or a reliable patrolling teammate, as most players will catch on quickly to shots fired from the blimp and enterprising foes can utilize a jump from a nearby roof to bypass those stairs.

For those who want to pick off campers on the Airship, or avoid it altogether, they can do so from the buildings located at either spawn point, or by taking the Mountain Path as a flanking route. There’s a whole lot of map on the other side of the zeppelin, so make sure you do some exploring when you’re not distracted by the floating dirigible. 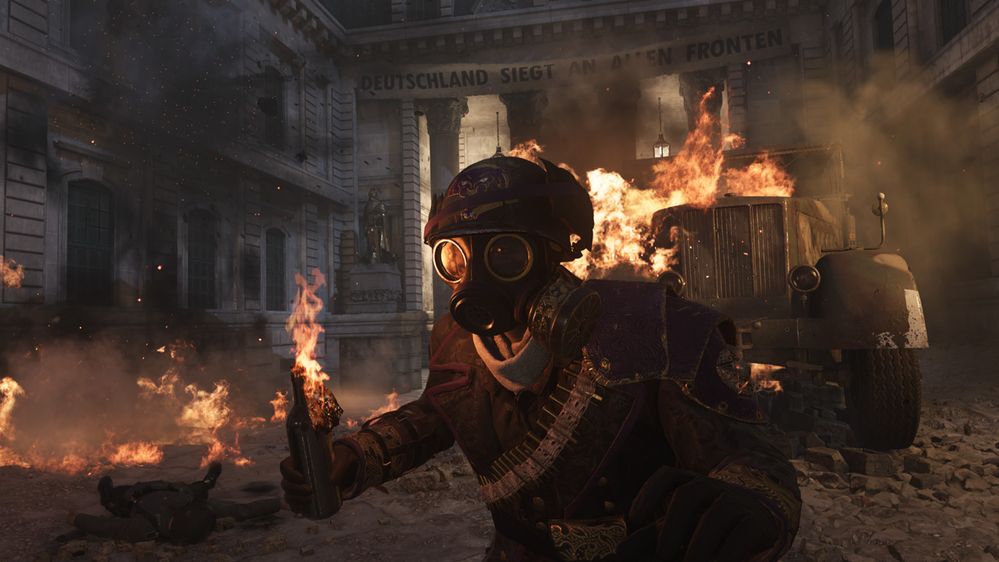 This map can be broken down into three lanes, with all of the action usually feeding into the central courtyard.

Inside the courtyard there are a few obstructions – two big trucks and stacks of barrels – that are the only things standing between you and enemy fire. On the East and West sides of the map, there are second story windows that provide strong sight lines over the Courtyard. To the North and South are passageways that can be used as an escape route, and to access the other lanes.

Should you not be prepared for a constant fight and there is no objective to be played, avoid the Courtyard and stick to the map’s perimeter. Otherwise, hop on the empty truck beds to pick off enemies peering out of the windows or grab some cover when facing enemies lurking around the yard. Snipers will enjoy the vantage points from the upper courtyard windows, but be sure to watch your back up there. 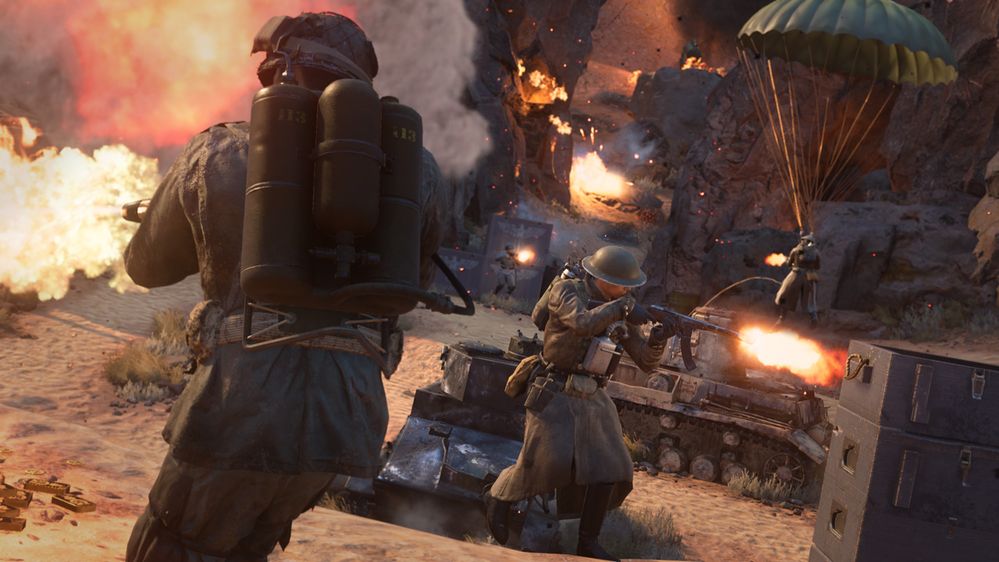 A rich amount of gunfight types exists on Excavation, from its mines that encourage close-range brawls to the dunes that give long lines of sight to snipers and light machine gun users.

Along with several wide entrances, there is a small mineshaft that players can drop down to jump inside the mine. Another map feature to be wary of are the dunes, where players can hide and pop out to surprise enemies. It may take a few games to get used to, but being aware of these two major areas can lead to what may be seen as unexpected deaths. 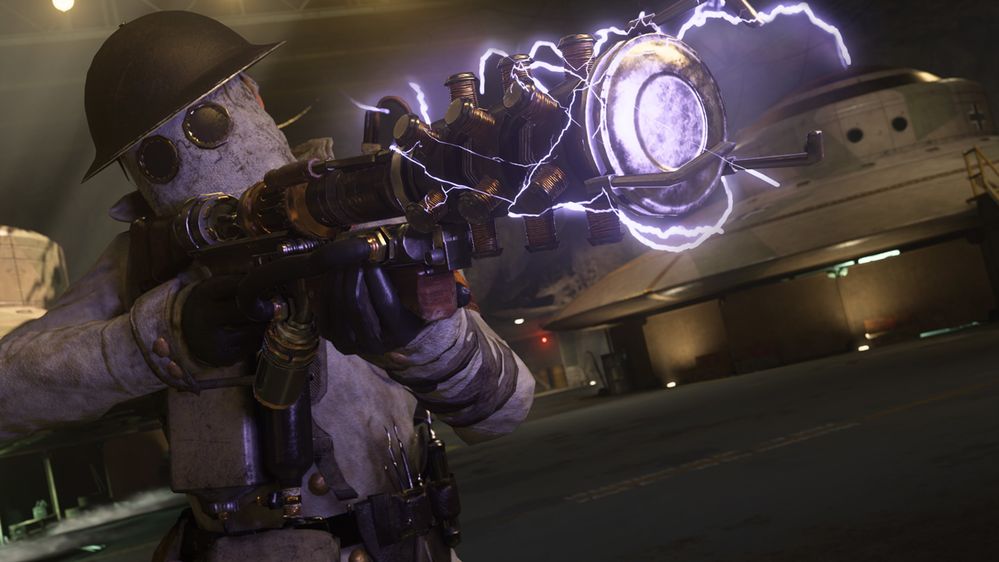 Your War Mode mission, and you definitely should choose to accept it, is to infiltrate or defend a secret Axis research facility in the middle of an Austrian forest, as well as destroy or protect the powerful technology it holds.

The first stage of Operation Arcane involves the Allied Forces attempting to breach the laboratory at one of two potential openings. Unlike most objectives we’ve seen in War Mode, the attackers only have to complete one of the two objectives, not both, in order to progress to the next stage.

Near both breaching sites, the defending Axis Forces have buildable mounted turrets, a solid bunker, and plenty of high ground. Despite these solid advantages, the Allies can still make this stage extremely difficult for the Axis to win by continuously planting at both bomb sites. Blitz the objectives early and often, and eventually, one should fall and lead you to the next stage.

Once inside the facility, the Allied Forces must locate two pieces of secret technology that are locked inside safes and deliver them back towards where they respawn.

Finding and returning one out of the two pieces of technology will reward the Allied Forces with the Tesla Gun, which is best used on enemies who decide to bunch up in a tightly packed group. Should the Allies get this super weapon early, the second objective should be a bit tougher to defend.

While the Allies have the Tesla Gun, the Axis Forces can power up with Super Soldier Serums —limited-time super perks — located in boxes at their spawn. Here are the serums they have at their disposal:

Serums are chosen at random from the boxes, so be prepared to adjust your strategy to fit the serum’s benefits so that, when used correctly, you can wipe out an entire enemy team

Of course, there are also a few buildable barricades that will slow down the attacking team from infiltrating either building. These should be built up as soon as the second stage begins or when the area is clear of any hostile forces.

Operation Arcane’s final stage will see the Allied Forces attempt to escort a tank through a hangar as it destroys UFOs and any other technology that stands in its way. The Tesla Gun, as well as the Super Soldier Serums, are all still in play from the previous objective, which add a unique wrinkle and new gameplay mechanics to this traditional War Mode mission.

Other than that, any experience with escorting or stopping tanks in previous War Mode missions will apply here: Allied Forces can move the tank by being near it, and Axis Forces can halt it by contesting or even push it back if they are the only ones on the objective.

Ultimately, whether you spend some time in the Operation Arcane War Mode or play any of the new Multiplayer maps, the most important tip is to have fun! Sledgehammer Games is pulling out all the stops for Call of Duty: WWII’s final DLC pack, you should have no problem having a blast with all of this new content. We’ll have a guide for the new Zombies experience, Frozen Dawn, for you very soon, and in the meantime we’ll see you on the field!