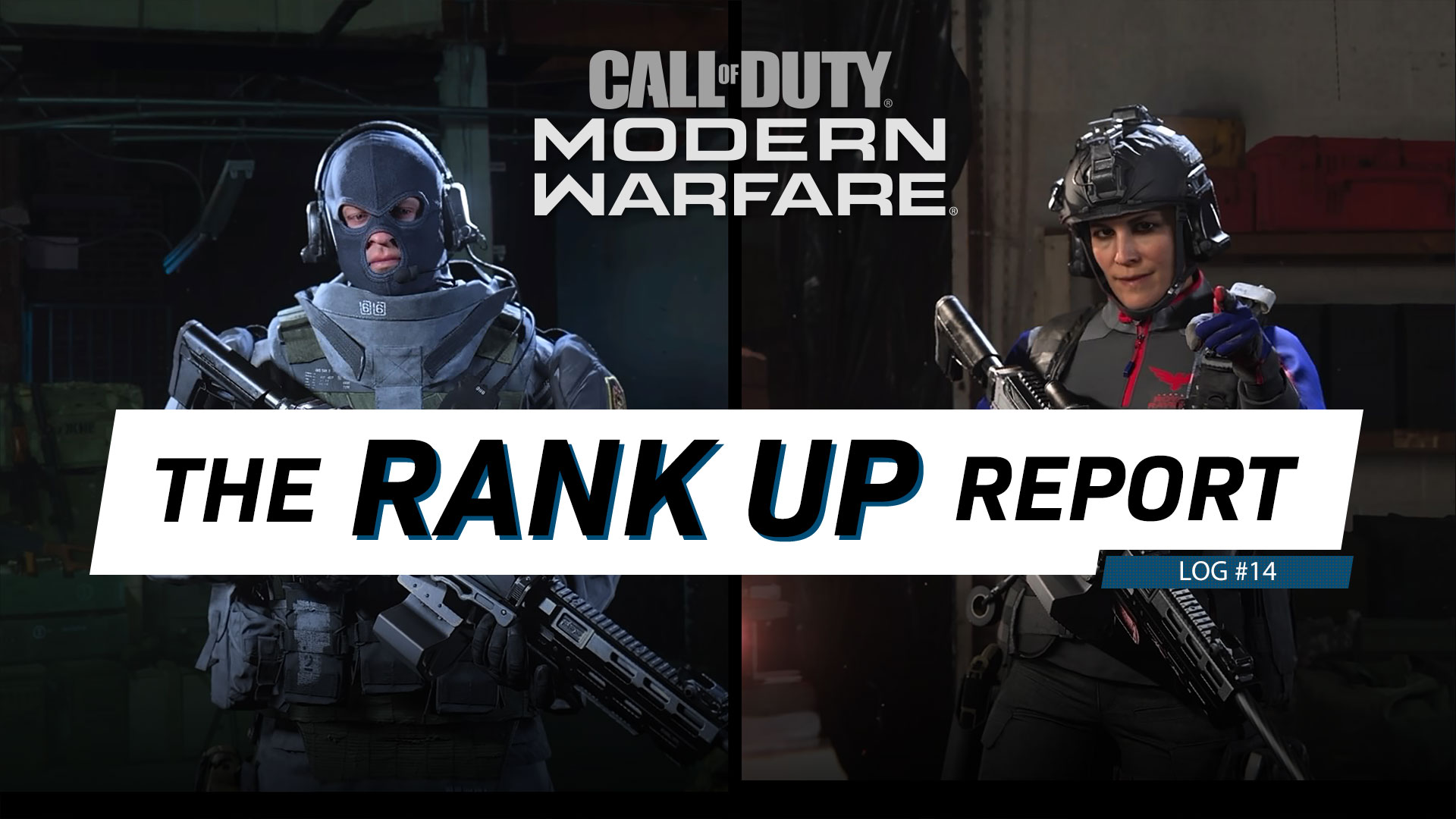 Before I begin, a quick note on my featured Operators for the week:

To your right, you’ll see Bale rocking his ‘Stone Faced’ Legendary skin. It’s a perfect fit for the Warhead LMG – the reward blueprint for reaching Rank 155 this season – as it makes him look like a total Juggernaut… Without being an actual Juggernaut. 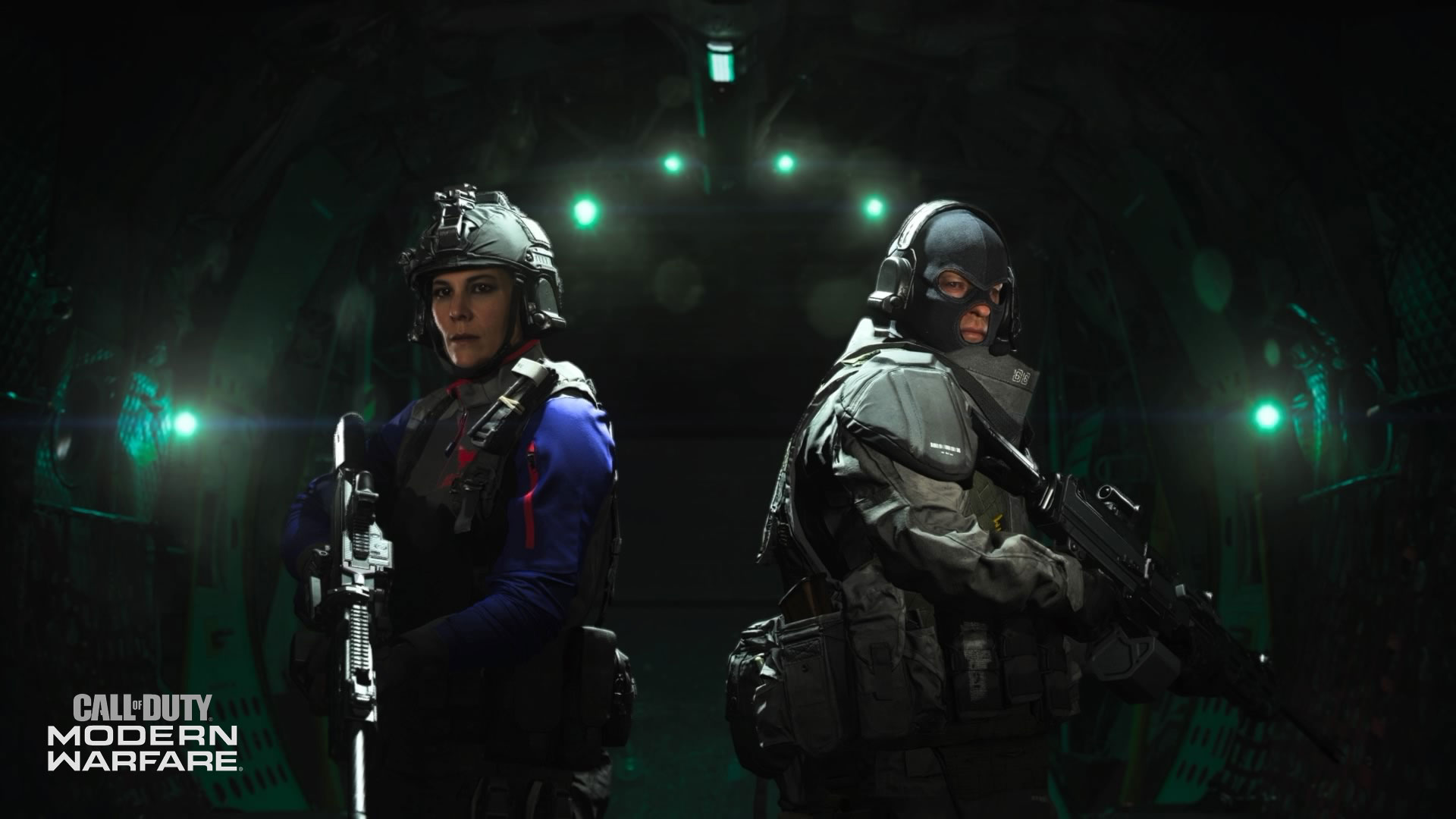 To your left is Charly, an Operator from the United Kingdom, who is sporting the official Call of Duty League™ in-game uniform for the London Royal Ravens. Why? Because this weekend, the Royal Ravens will be hosting their first Home Series. We broke down everything you need to know about it here.

Now, as Season One enters its final weekend – y’know, the one where there is Double XP, Weapon XP, AND Double Tier earn rate? – I’d like to show off what we’ve all been aiming for: Tier 100 on the Battle Pass… 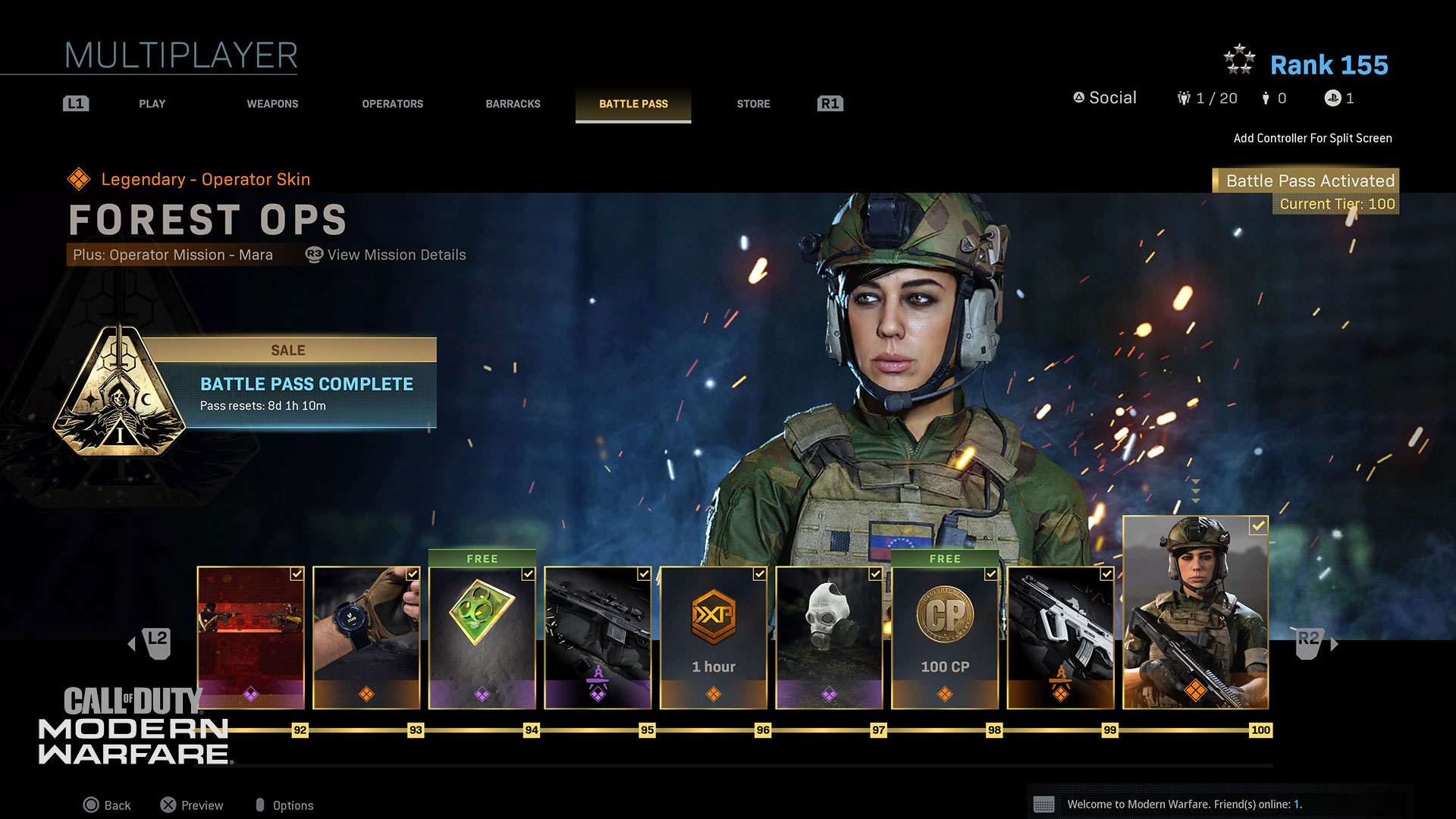 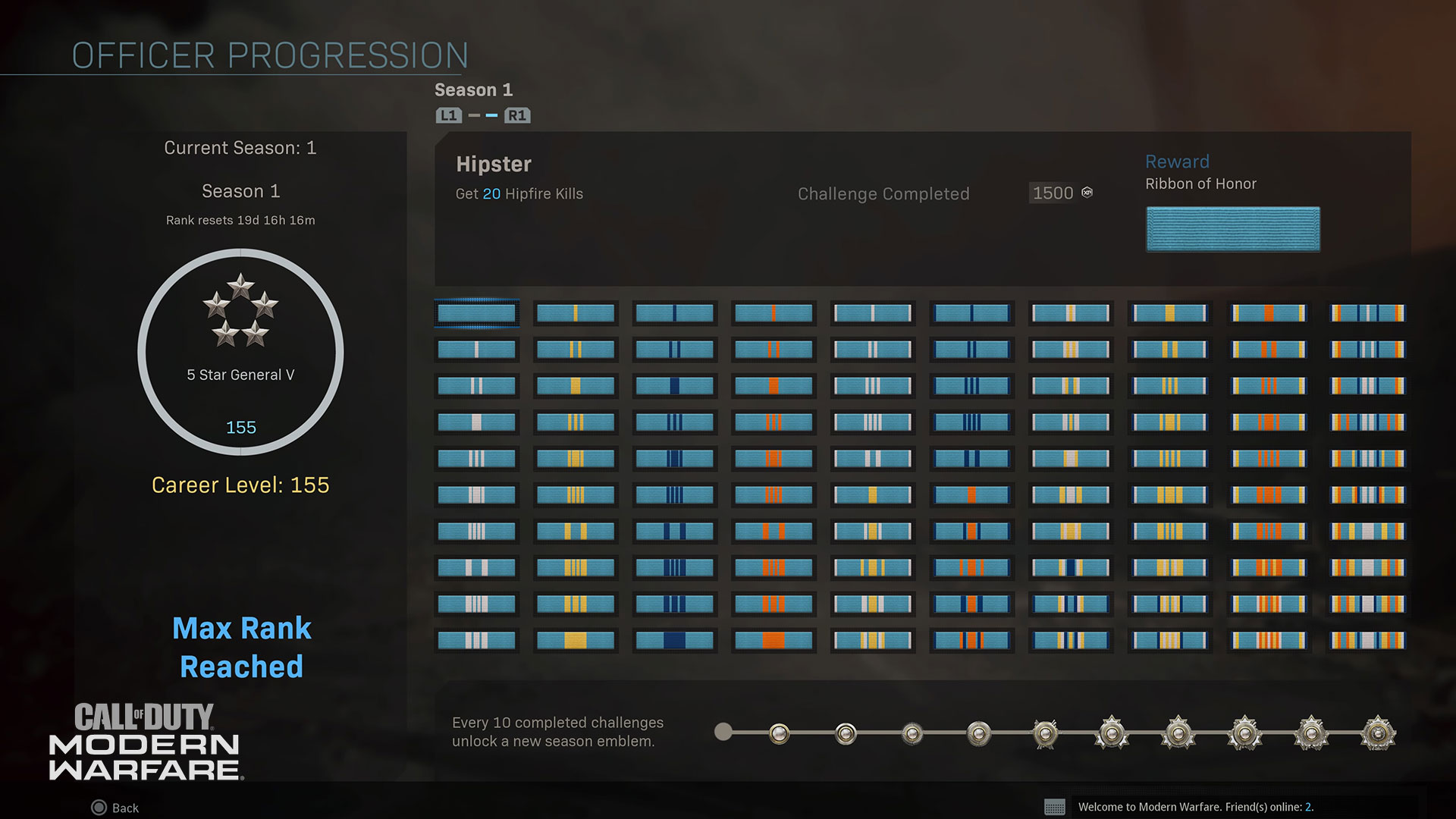 Haven’t gotten those two things yet? You’re in luck; as I just slyly mentioned, Double XP and Double Tier earn rate just got turned on. Previously, I went over some ways to get to Tier 100 of this Battle Pass quickly, but what I have yet to go over – and what I’ll detail in this report – is how to get the last of the 50 ribbons needed for a complete Season One Officer Progression ribbon collection and the full set of Season One emblems.

I’m not going to mention how to get every ribbon in the back half of Season One; about 90% of these are simple enough to get just by playing Modern Warfare regularly and playing with a variety weapons and modes. However, I am going to break down the hardest five ribbons – in my opinion – for those who are having difficulty completing them. 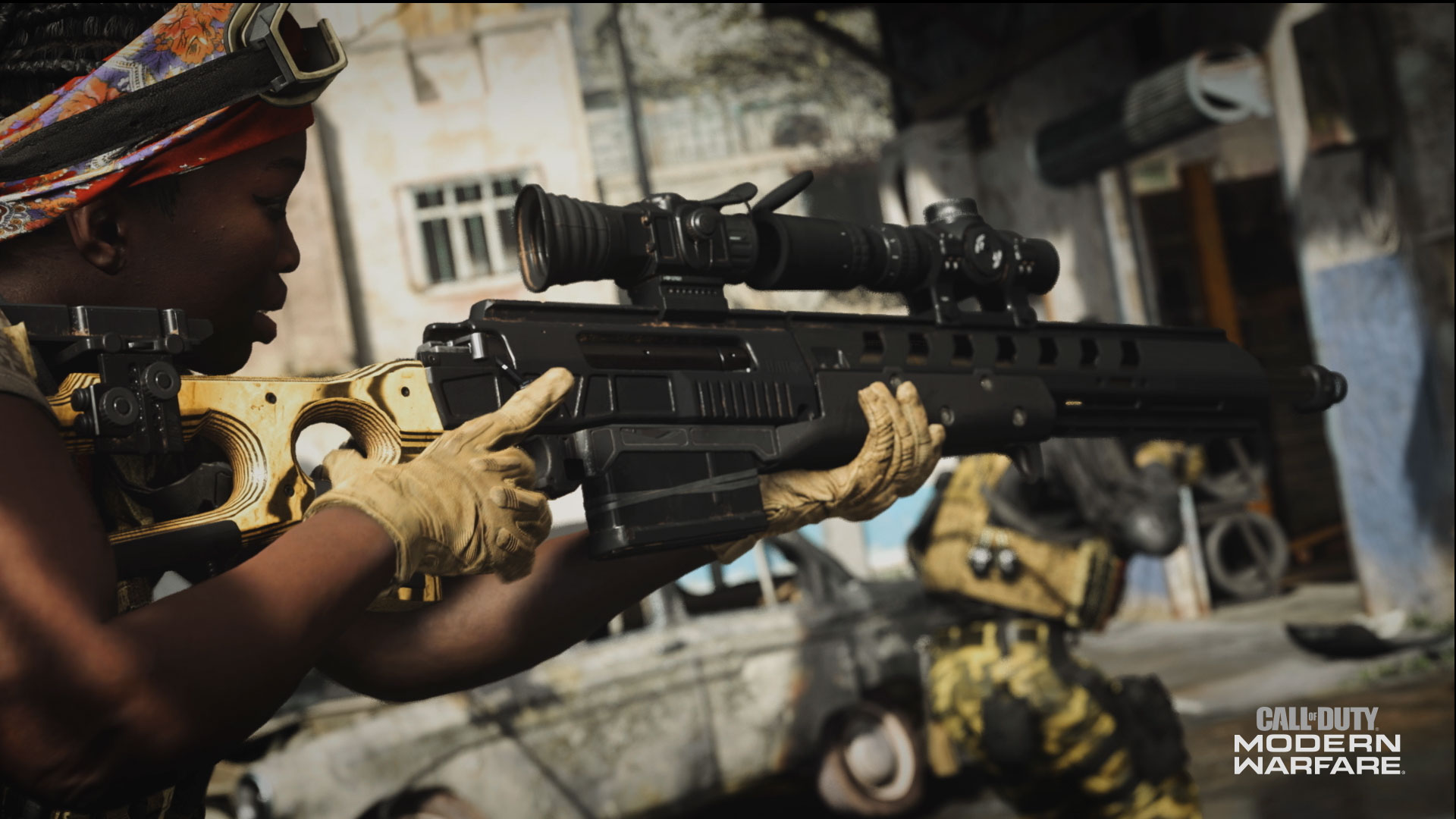 One of the toughest ribbons in the season is unlocked early compared to others later down the progression line.

For this, I either recommend playing on Ground War or 10v10 maps, as longer sightlines are in abundance which can lead to more longshots. Combine these sightlines with mounting your weapon – which makes it more stable for long-range firefights – and you’re on your way to completing this ribbon.

The “surviving with low health” part of this challenge is the trickiest caveat; you must take damage before getting the longshot. While this scenario can happen naturally, you could run the E.O.D. Perk and take some self-inflicted explosive damage before lining up your shot.

Fortunately, if you do this challenge and haven’t completed the Revenant ribbon, which requires you to get 10 kills at low health, this strategy will kill two birds with one stone. 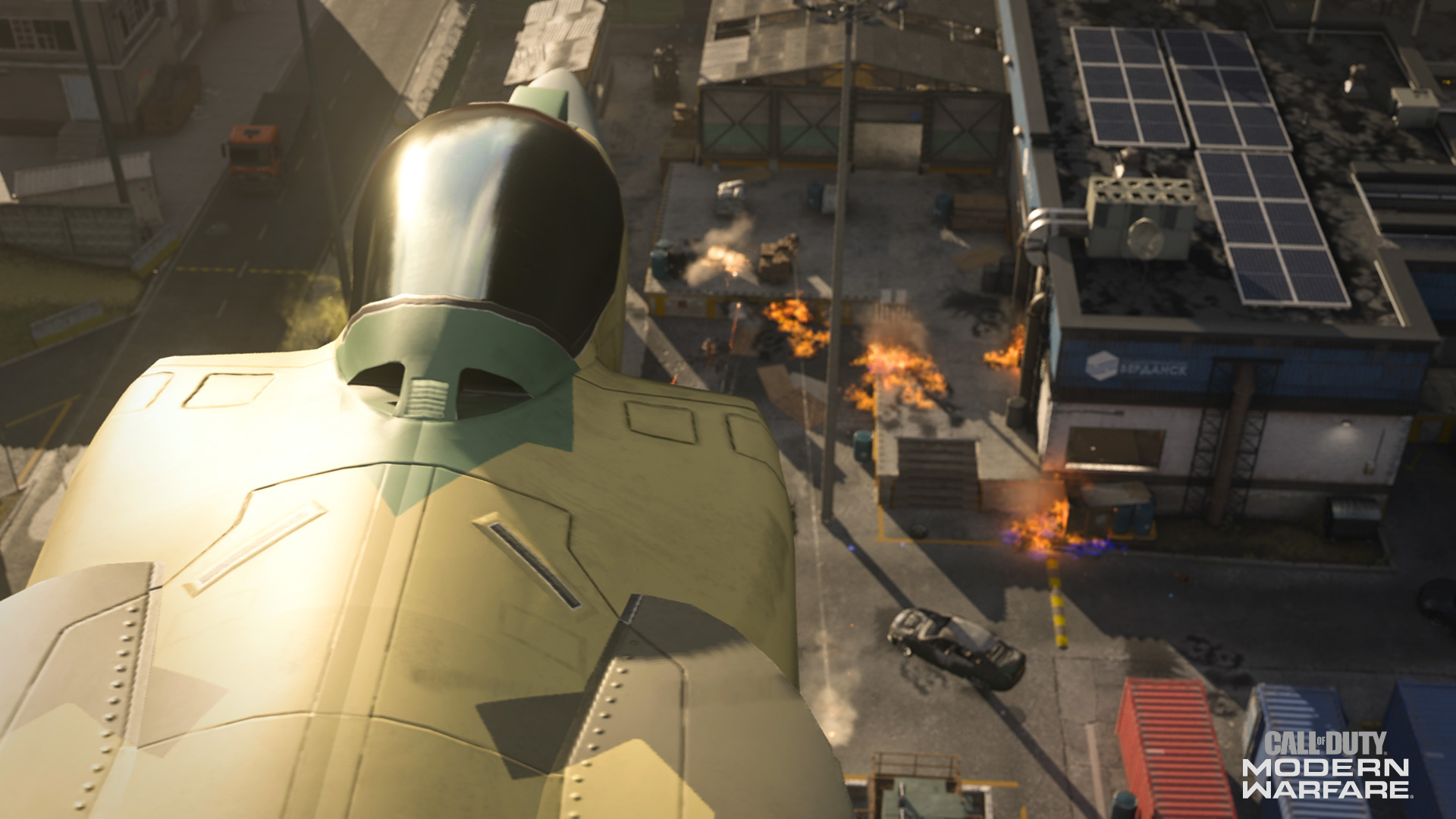 This killstreak can be tough to get, given that earning it requires 8 kills in a single life, but once its yours, those 15 kills will come easily.

This strategy can also be used to complete the Support Helo and Emergency Airdrop ribbons down the line at Ranks 132 and 144 respectively. 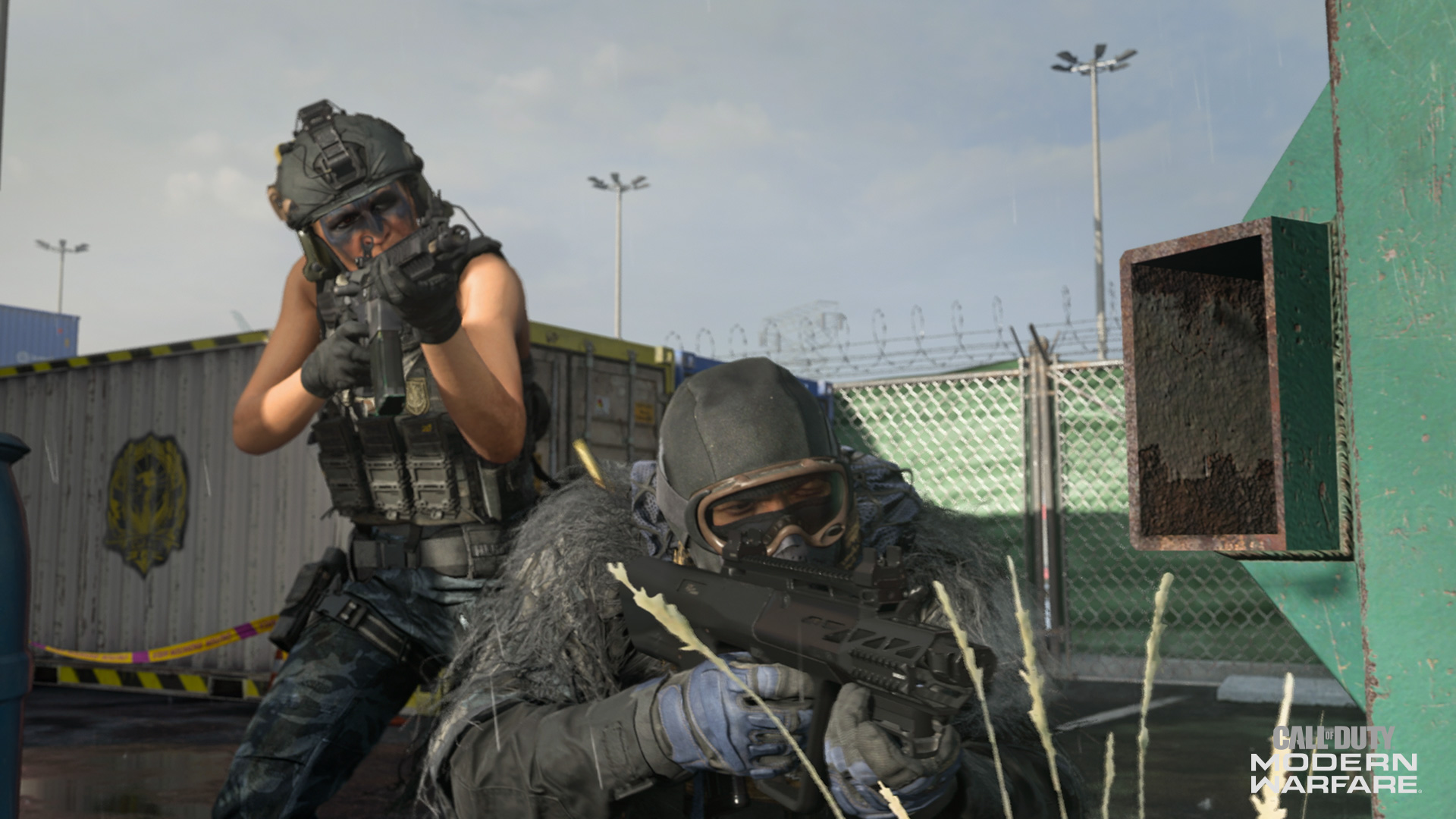 Getting four kills in a row can be tough, even if you aren’t trying to go for Quad Feeds.

Because the Shipment 24/7 playlist is live, I recommend trying to do this challenge in here with a weapon you are comfortable with. With how chaotic combat can be on this tiny map, getting quad feeds should come a little easier than on a standard 6v6 map. 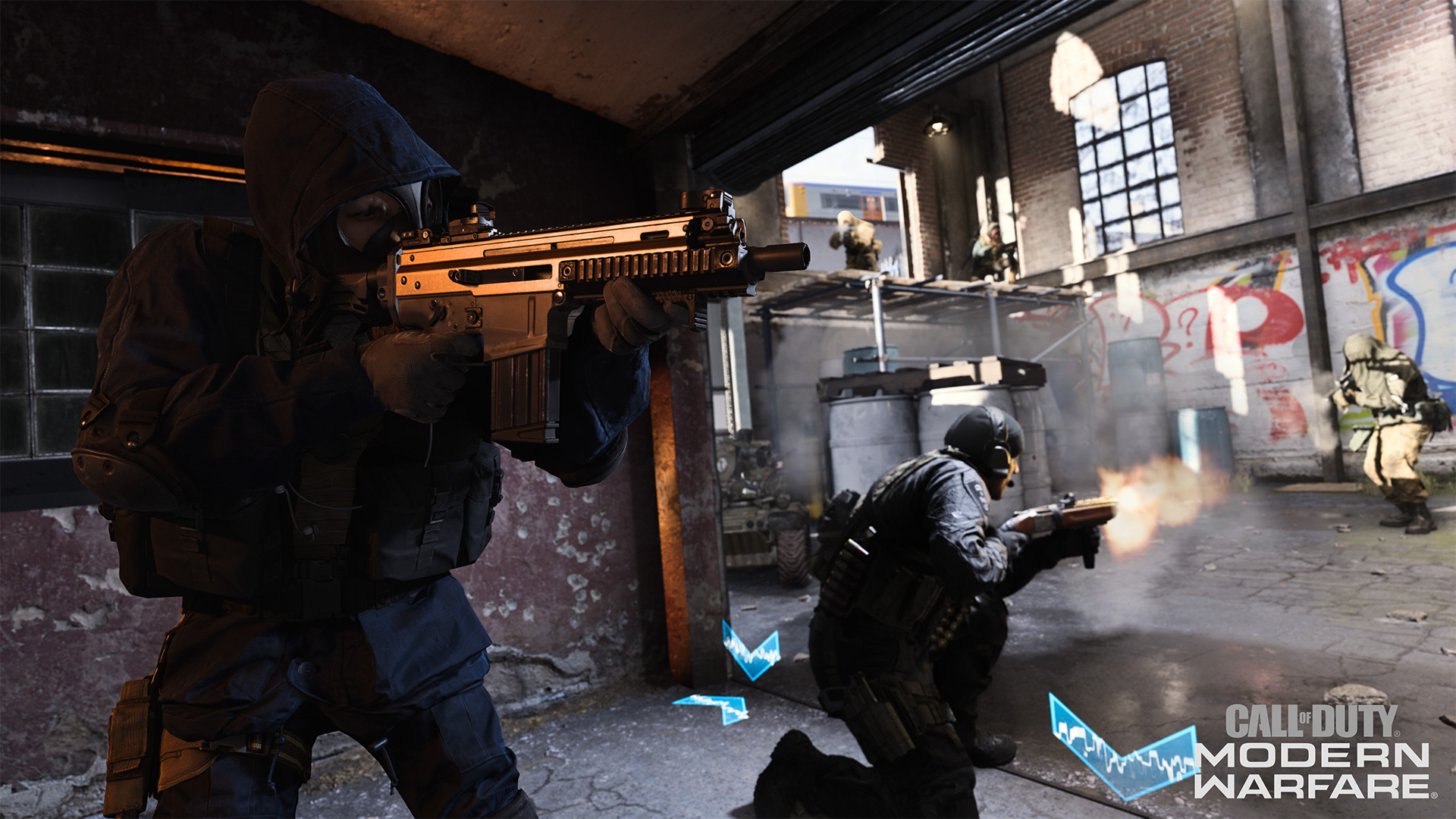 Those who don’t typically play objective game modes may need to get out of their comfort zone for this one.

In the objective game mode of your choice, get on a highly contested objective and constantly check all angles of attack for approaching enemies. Field Upgrades like the Deployable Cover and Trophy System can assist you in defense, as will the Personal Radar and UAV Killstreaks, which will give you recon on enemy movements.

A game mode I recommend for completing this is Hardpoint; because the objective moves every 60 seconds and respawns are fast, this challenge, as well as the Rank 152 Aggression challenge (double kill or better against defenders 5 times), may be easier to complete. We did a Mode Recon post on Hardpoint that might help you complete this challenge here. 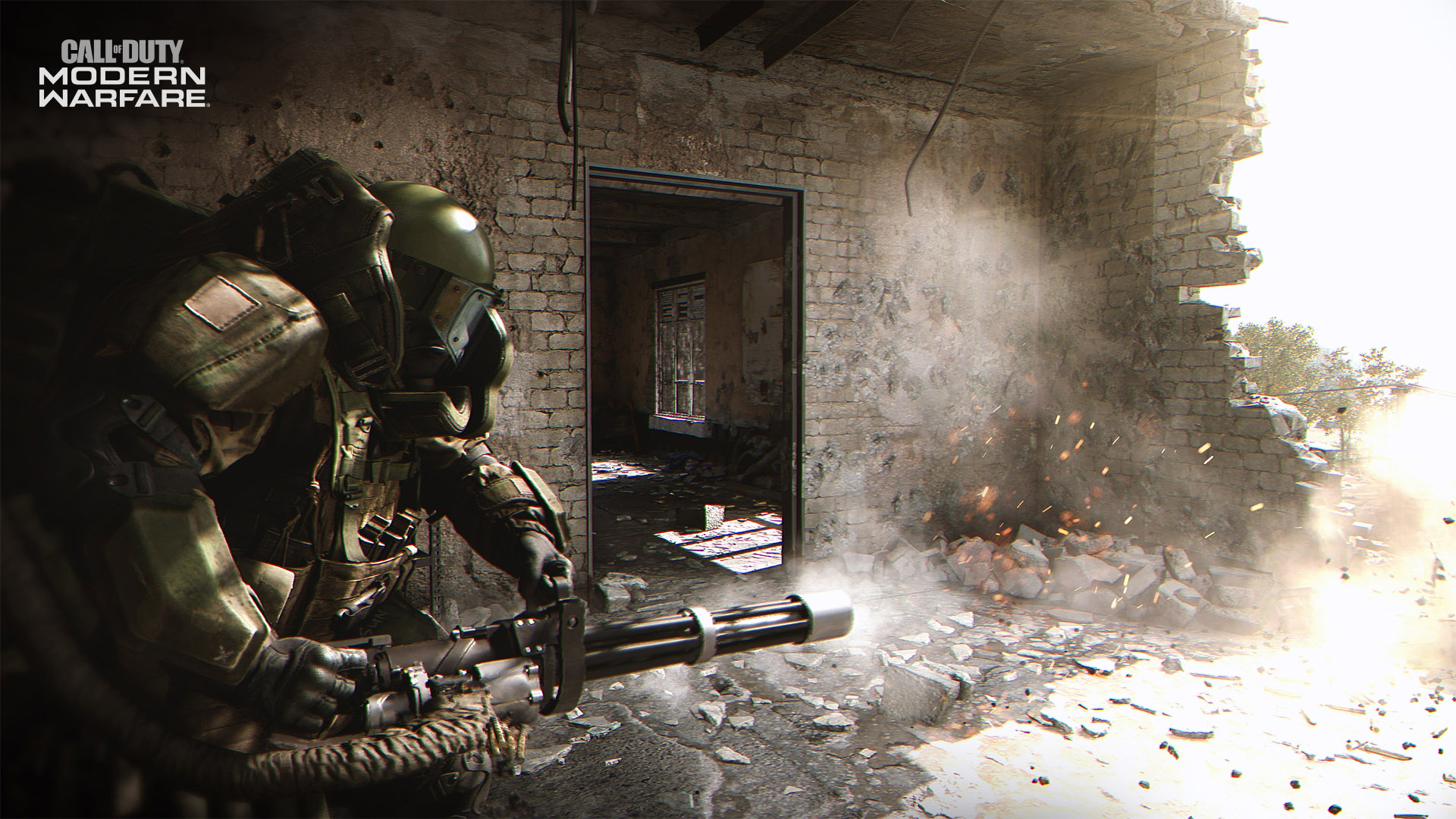 So, there I was in Tavorsk District... Sniper Rifle was my primary weapon and the JOKR was my secondary.

My idea was to use Kill Chain in order to rack up a good streak with the Precision Airstrike and VTOL Jet. This is probably your best bet when it comes to attempting this challenge, as getting 15 kills only using a standard loadout can be tough for most players.

Another option I’d recommend is to play with a reliable team that runs UAVs and Advanced UAVs for support and play with Pointman to rack up objective score.

But anyways, back to downtown Tavorsk.

After getting my first few kills playing the C objective (Constructive Site) and taking a counter-sniping position against those in the giant Broadcast Tower, I charted my Airstrike directly on top of that building.

I called in my VTOL Jet, waited for it to do work – spoiler alert: it did, very effectively – and there I had it: the Juggernaut.

This, my friends, is where I committed a fatal error: I called in my Juggernaut suit on top of a building.

Like a vulture, I saw Bale swoop down from a helicopter - apparently, he was staking me out on that rooftop - and he absolutely obliterated me with his Finishing Move.

And then, to add insult to injury, he took out my teammates and stole my Juggernaut suit.

I back out, go to my Ribbon page… And that blank ribbon still taunted me… for at least 20 minutes, until I got another Juggernaut on Shoot House or something.

What was the point of this story? Pick up the damn Juggernaut suit when it drops, or else you won't get this ribbon.

Even if you don’t get a full ribbon sheet, this upcoming weekend is prime time for completing those last bits of progression to Level 155. Not only does this give you the opportunity to complete that ribbon screen in the first place, but it also gives you the Warhead weapon blueprint. 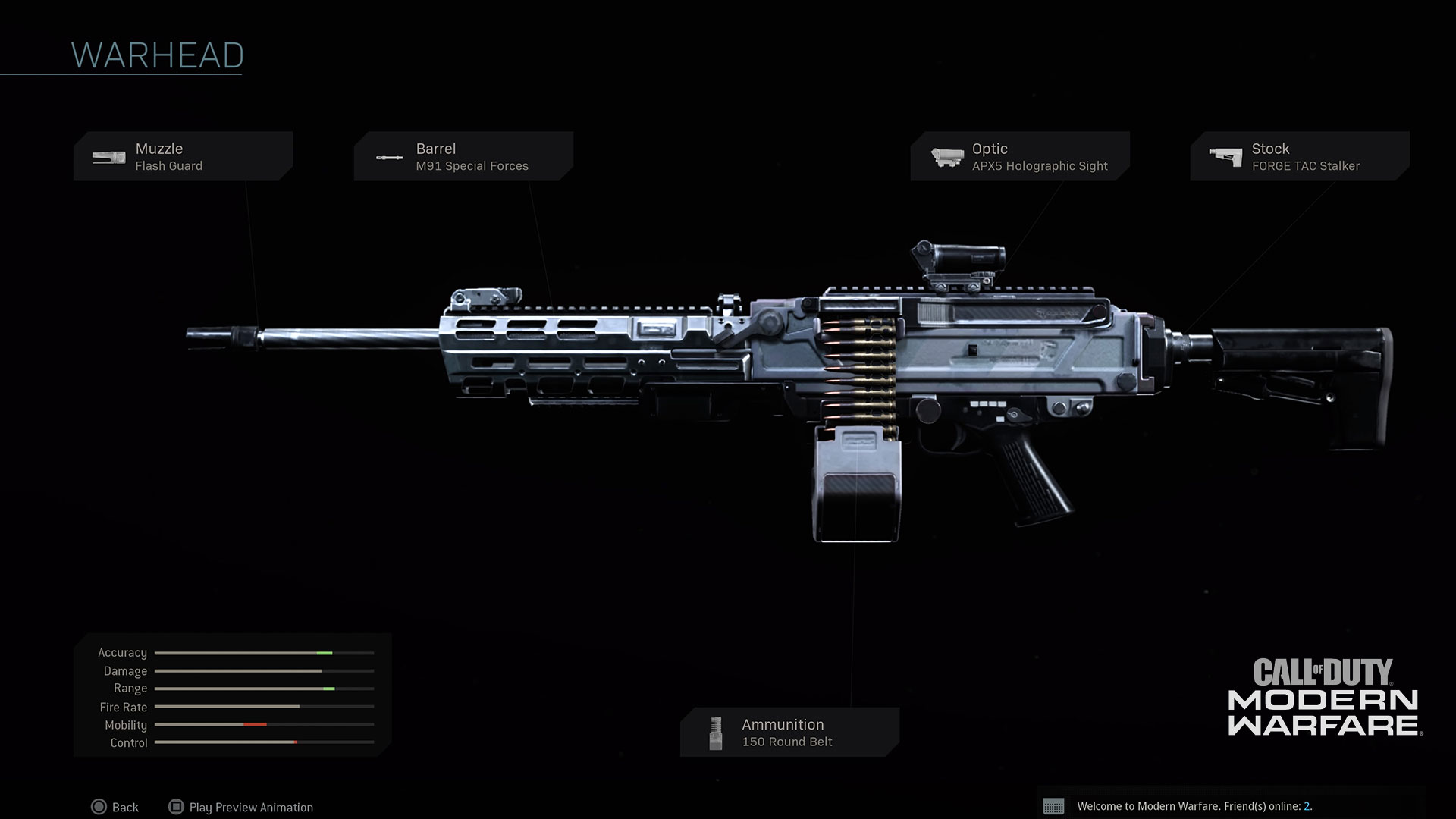 This five attachment LMG is fantastic for throwing down suppressing fire thanks to its 150 Round Belt, M91 Special Forces Barrel, and Forge TAC Stalker Stock. It also has a clearer sight picture than the base weapon due to the APX5 Holographic Sight, and limits muzzle flash from the Flash Guard Muzzle.

While this is a great weapon out of the box, you could also swap out the Muzzle for an underbarrel grip for even more stability, or a Grip Tape either for steadier aim or faster aim down sight speed.

This weapon blueprint is only available for 5 Star Generals in Season One, so if you want a great LMG variant for free, get to levelling up this weekend.

And with that said, I’ll see you online.