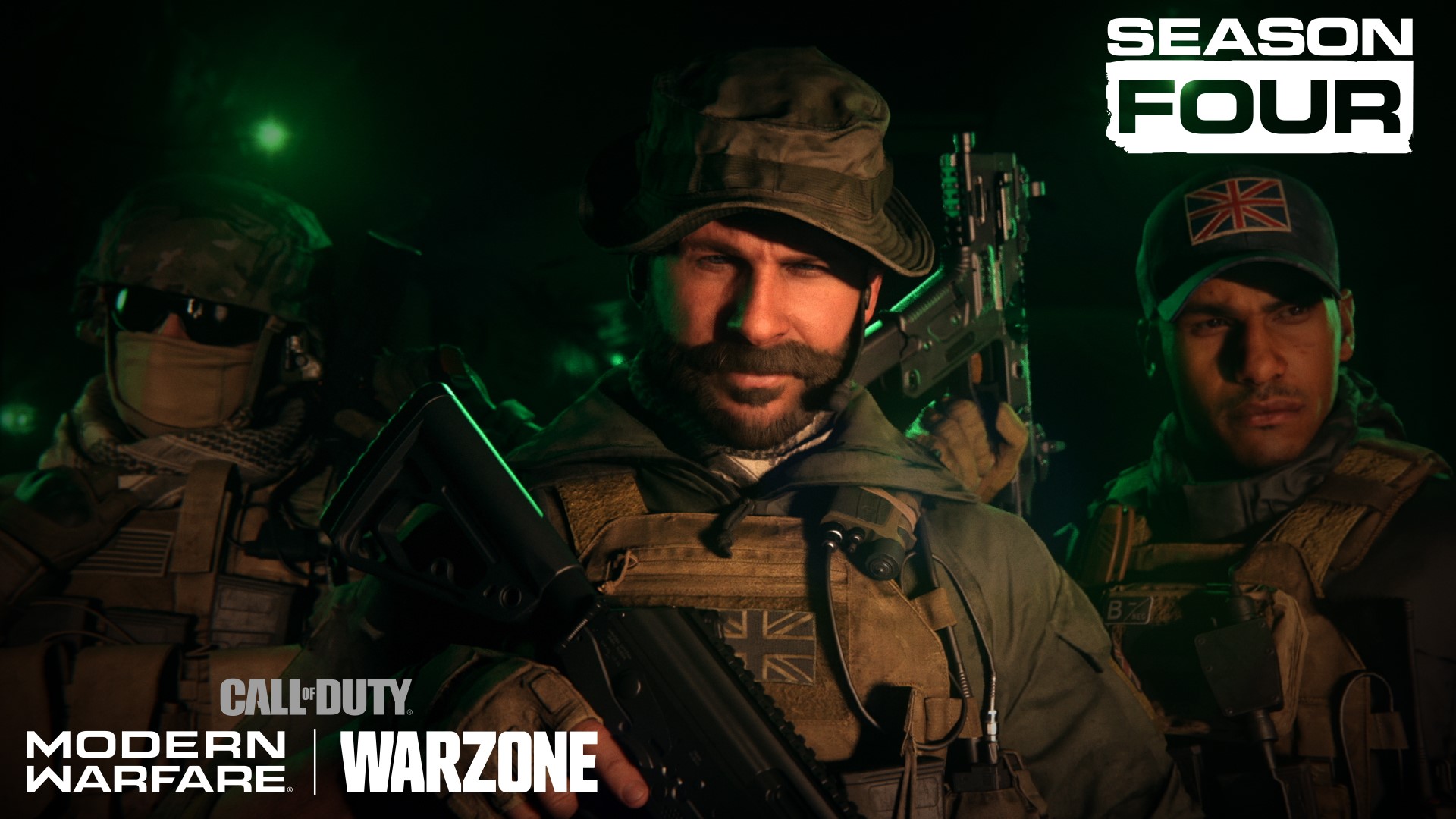 The Call of Duty community got a glimpse into the next chapter of Modern Warfare, including Warzone, with a story teaser trailer released by Infinity Ward.

The recent story trailer gave a brief synopsis of what happened in Verdansk thus far. Here, we’ll go into greater detail of the story so far, breaking down the key moments of each Season that have progressively dialed up the conflict, disrupted the Armistice, and led to the current balance of power within the Modern Warfare universe. 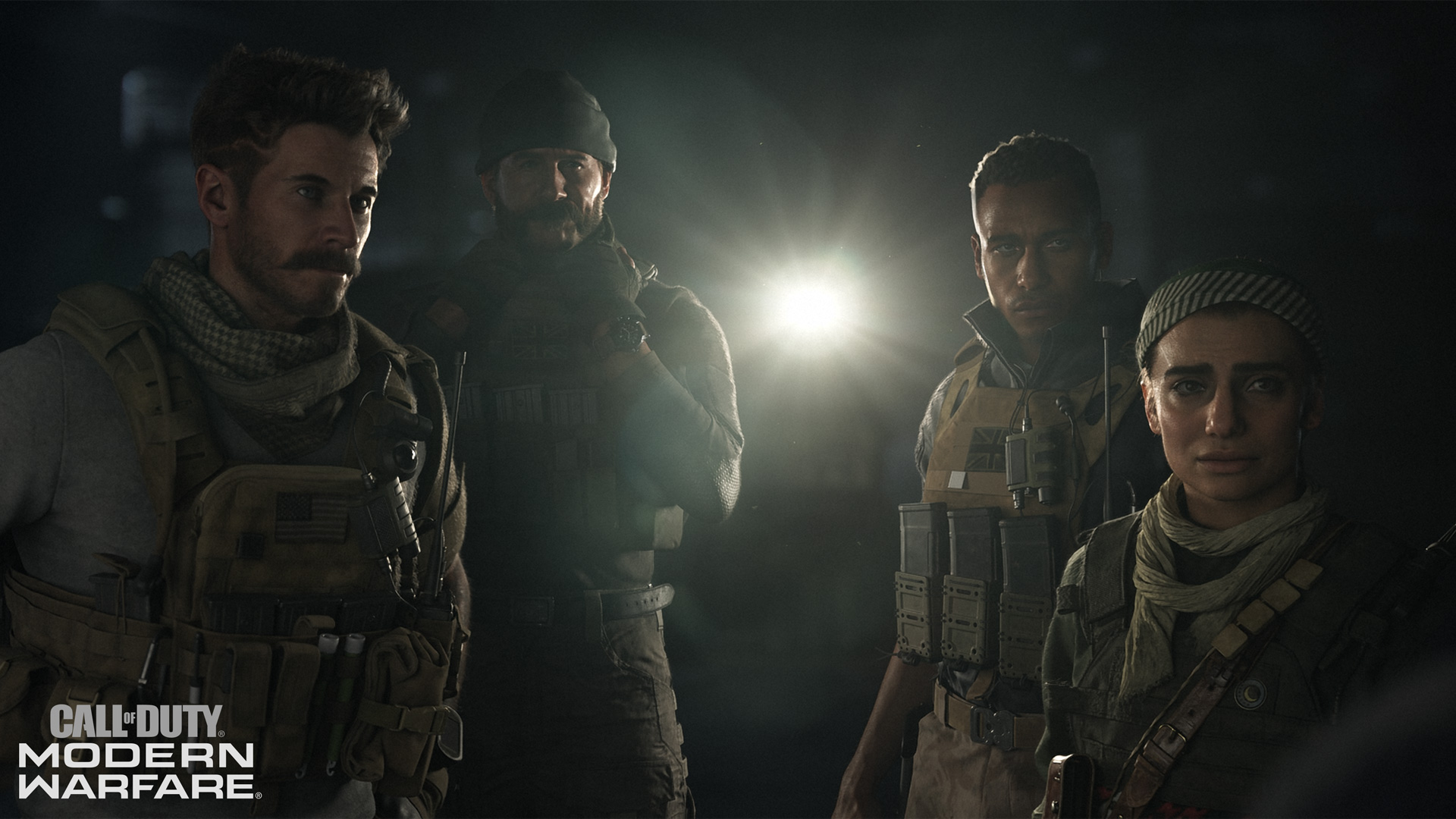 Our Story Begins in the Campaign

In a desperate mission, Captain John Price and the SAS will partner alongside the CIA and the Urzikstani Liberation Force to retrieve stolen chemical weapons from a terrorist organization known as Al-Qatala.

CIA operative Alex is embedded with the ULF, working with Farah, leader of the Liberation Force (ULF) and her brother in return for their help. But that assistance comes at a cost…. Meanwhile, Kyle Garrick, a former British Army Officer, joins Captain Price to engage the enemy in a widening series of clandestine operations across continents, as the theater of war expands, and the global balance of power is threatened.

All of this is to neutralize or capture Al-Qatala’s leaders and associates: “The Butcher,” “The Wolf,” and another hidden threat that Alex, Kyle, Farah, and Price discover as they join forces to stop the world from plunging into a third global war.

Who is this mysterious benefactor to Al-Qatala? What does our CIA operative sacrifice to complete his mission? Who really is Farah? And what other exciting, pulse-pounding, and high-stakes operations do Kyle, Alex, Farah, and Price go on?

You can find out by playing the Campaign of Modern Warfare. 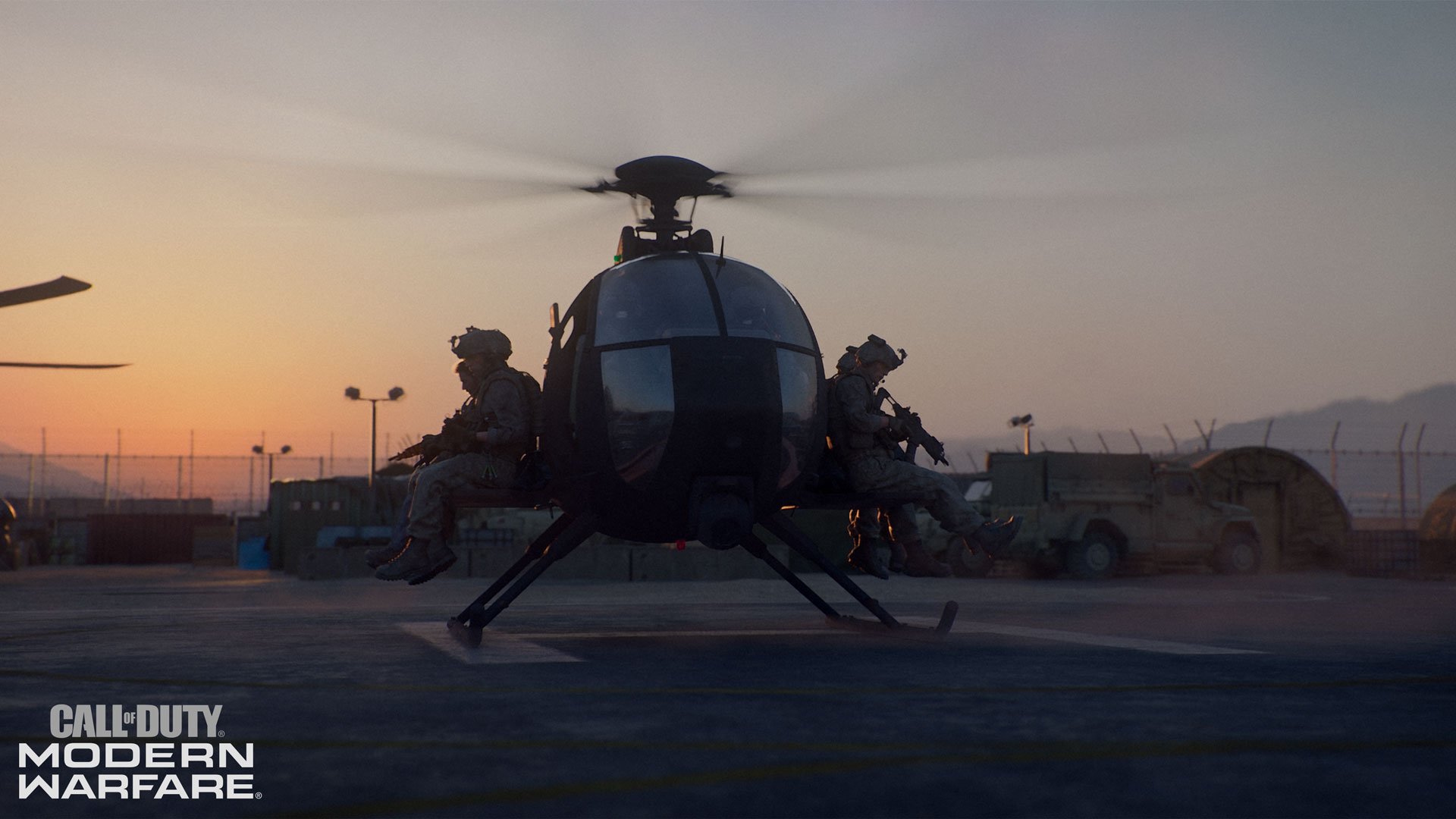 The Story Continues in Special Ops

After the credits roll on the Campaign, the battle is won, but the war is far from over.

This greater evil has taken over the Eastern Hemisphere, and it is up to the global alliance Armistice, a joint force of Allegiance and Coalition Operators led by Kate Laswell (CIA) and Sergeant Kamarov (FSB), to stop and sever a global terror organization’s access to weapons, funds, intelligence, and hardware. In theory, this global alliance – which includes a familiar task force – was formed to stop this suddenly amplified Al-Qatala threat which has been fortified by the mysterious Mr. Z.

You’ll advance the story by playing Operations, four player co-op experiences where you use your Operators and team up with friends – or the Call of Duty community – to infiltrate the city of Verdansk and slow the spread of Al-Qatala’s influence. 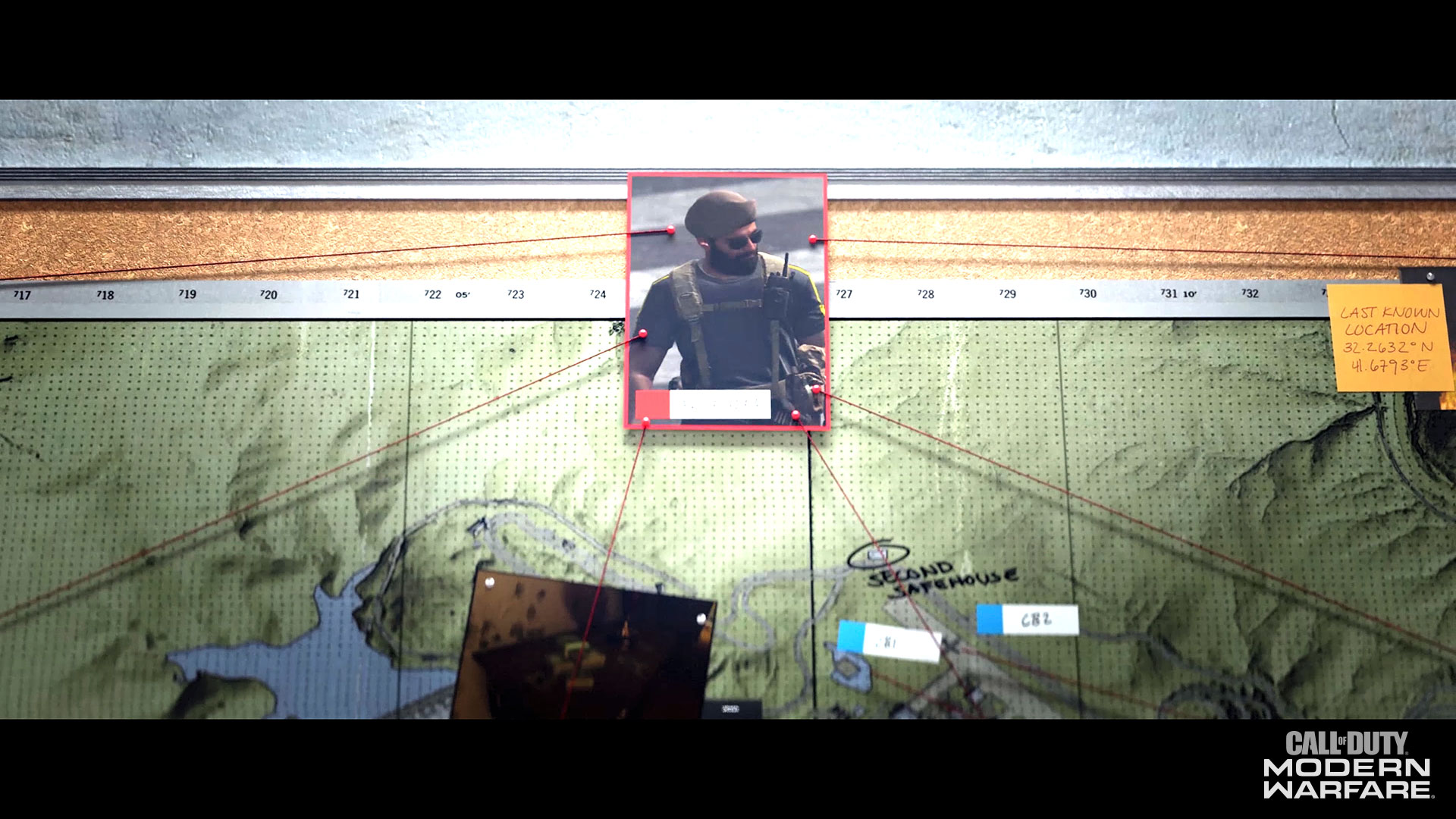 After the formation of Armistice, our Operators are briefed on their goal: to destroy this terrorist network, targeting major threats one by one, until they find and neutralize their mysterious new leader.

First, they must target Almalik, “AQ’s (Al-Qatala) slumlord-in-chief.” Operation Headhunter brings our Operators to the north edge of Downtown Verdansk. Parachuting down from Hotel Volodymyr, they infiltrate a local Bloc for intel, which leads to them fighting tanks and Juggernauts as they disable Almalik’s scramblers at the Stadium.

The follow-up Operation – Kuvalda – is where Armistice “assault Almalik's base of operations and mark his weapons for aistrike, spiking the AQ foothold in Verdansk.” At the Arklov Peak Military Base, our Operators tussle with a pure display of force, leading them to steal a few Infantry Assault Vehicles in the process. 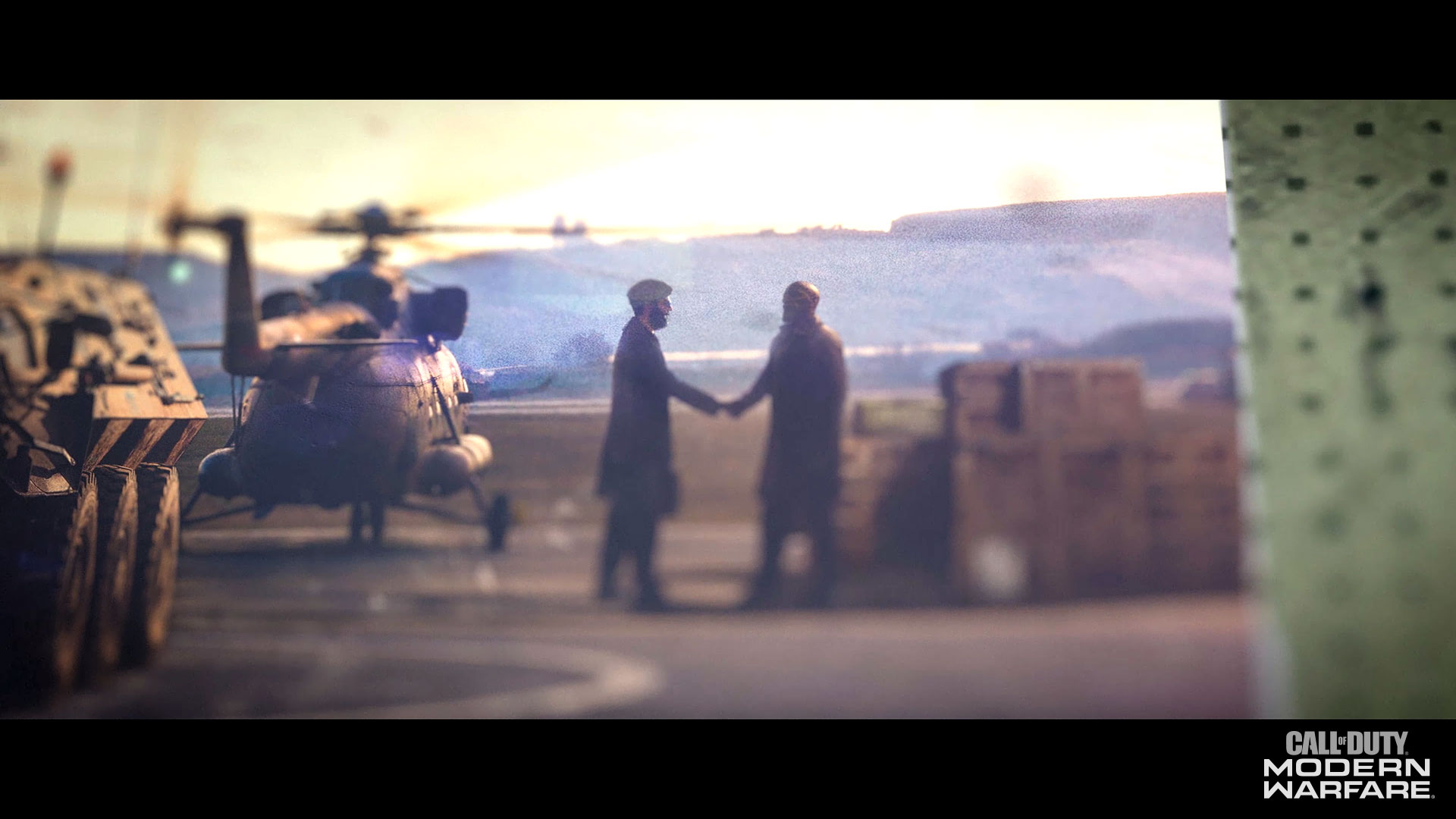 The next pair of Operations are centered around Armistice taking a deadly weapon out of Al-Qatala hands before they use it to advance the chaos in Verdansk, and ultimately, the world.

In Operation Paladin, our Operators "go behind enemy lines, extract Dr. Linda Morales, and use her intel to hunt ‘Mr. Z’ - benefactor and source of AQ's new arsenal." While this operation is epic for its hostage extraction and APC escorting portions, it is also the first time we learn of this mysterious Mr. Z, who is eventually revealed as a major player for Al-Qatala.

Then, in Operation Crosswind, the Armistice Operators “infiltrate the AQ-occupied Verdansk Airport, board the hijacked airplane, and recover its deadly cargo.”

If they are smart, they find and don disguises to sneak past the enemy. Otherwise, they go guns-blazing past Juggernauts and dozens of enemies until they sweep through the hijacked plane and steal a nuclear core. 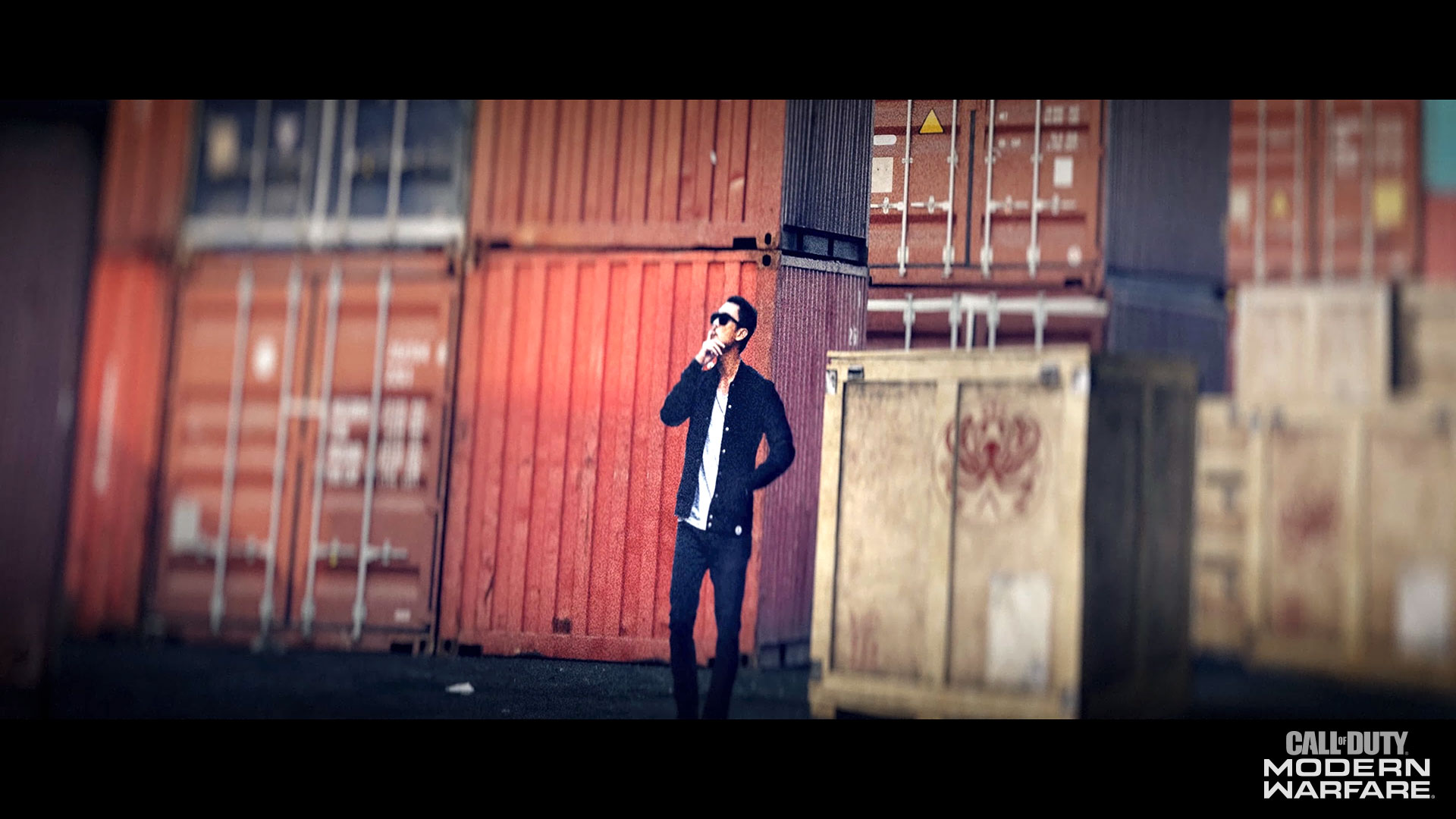 Next on Armistice’s hit list is “El Traficante,” a smuggler that is aiding Al-Qatala in shipping dangerous wares in and out of Verdansk.

Operation Harbinger introduces El Traficante through an informant, as Armistice Operators “gather intel on the whereabouts of local informant MAGE and verify his reports of a ‘major shipment’ leaving Verdansk."

The four-Operator fireteam searches the Riverside neighborhood for intel while defending against a battalion of Al-Qatala forces, including multiple tanks. Then, once they know MAGE’s location, they engage in a pursuit with those holding him hostage… Or if they are skilled enough, save him before the chase sequence even occurs.

After rescuing MAGE, he tells Armistice about this major shipment, linking it to El Traficante. However, there is a problem: “El Traficante's train has left the quarry carrying explosives.” Our Operators have to fight their way “through the railyard, recall the train, and rig it for detonation.” During this Operation, the Operators can take control of an enemy Attack Chopper to provide cover as other squad mates destroy the train. 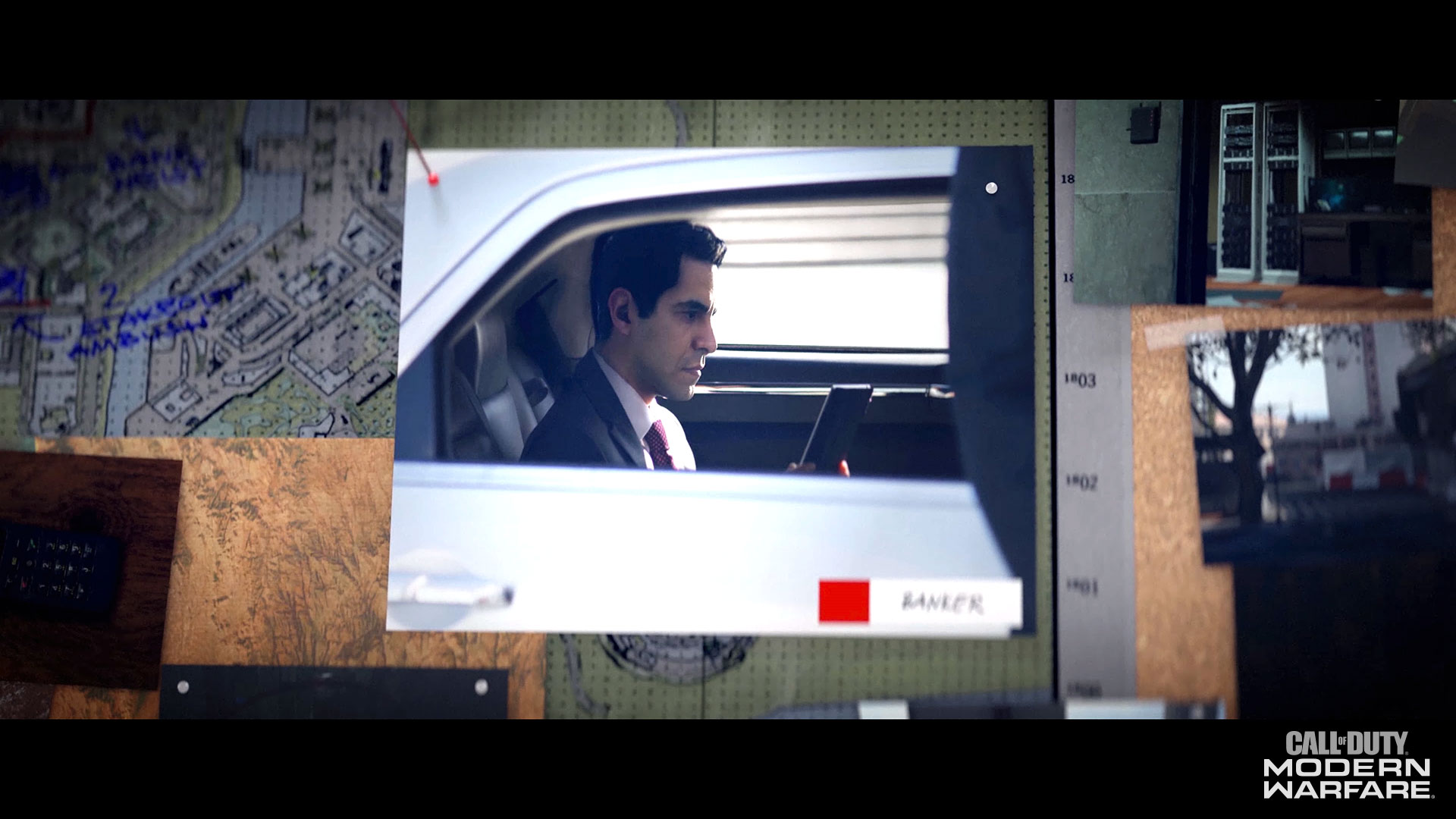 This final pair of Operations in the eight-part Special Ops story centers around “The Banker,” the holder of Al-Qatala’s purse strings.

Operation Just Reward sets the stage for Operation Strongbox, tasking Operators at collecting cell phones in order to find the location of a high value target (HVT), cornering and interrogating him. With this intel in hand, the Operators hack into a server that is sending money straight to AQ and regroup for the Operation Strongbox.

The second phase of Armistice’s plans to destroy Al-Qatala’s financial support involves destroying everything that “The Banker” has holed up in his vault. Conduct the most badass bank heist by using stolen crypto keys to break into his bank, crack open the vault, and escape the premises with enough cash to put “The Banker” out of business.

Just like Campaign, you can experience all of these Co-Op Operations in the full Modern Warfare experience. 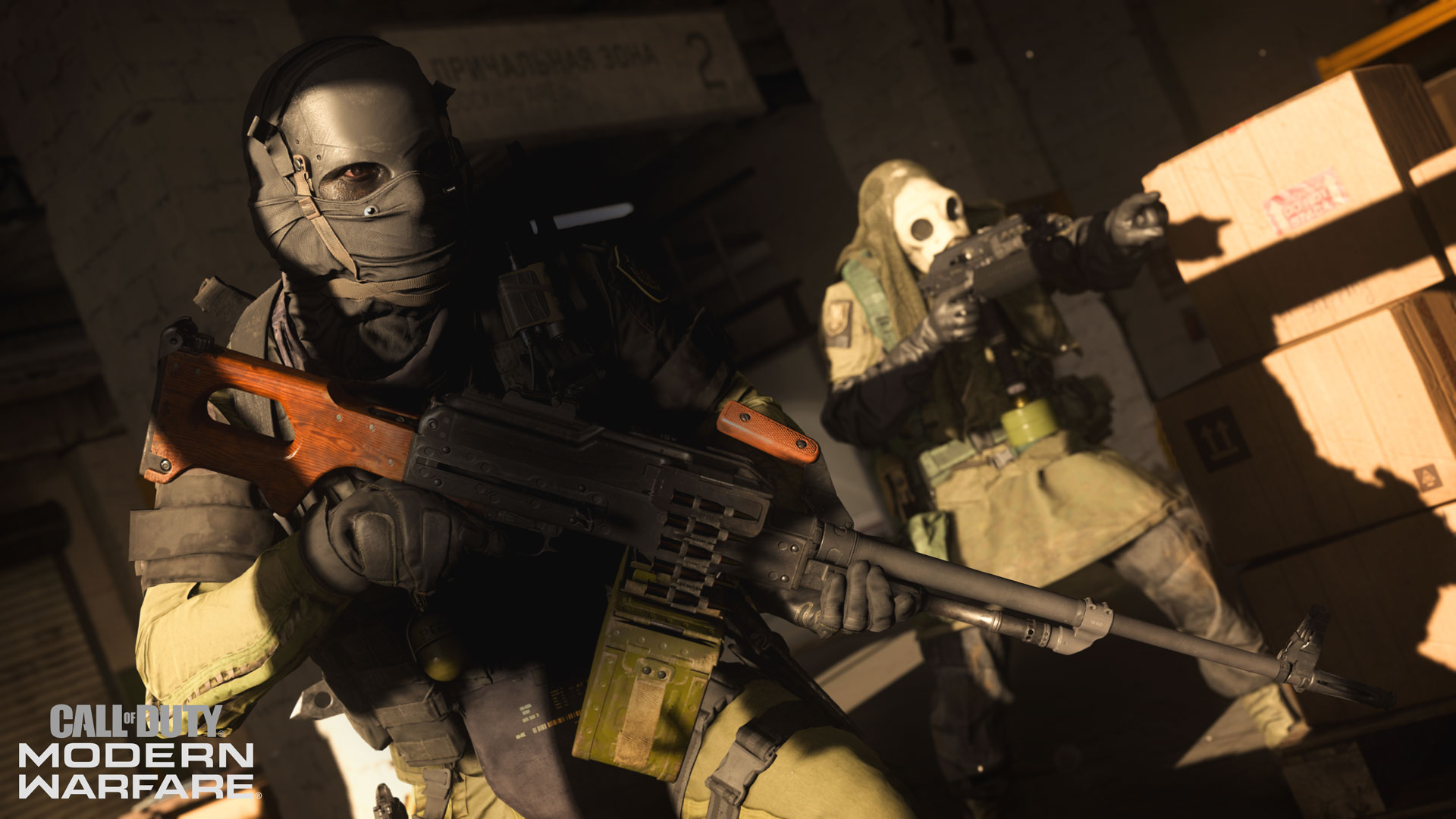 The efforts in Co-Op have sent the Al-Qatala army into a retreat. However, the fact that the Armistice is comprised of otherwise sworn enemy factions (Demon Dogs, Chimera, Spetsnaz, etc..) doesn’t slip past Mr. Z. Although the Special Operations proved successful, Mr. Z has slowly antagonized and undermined the Armistice cooperation which is beginning to pose an even greater threat.

Somewhere in an Urzikstan town, the Allegiance shot down an Al-Qatala cargo chopper carrying chemical weapons. Seeing this blast, members of the Coalition were first to the scene and discovered these deadly weapons.

However, once the Allegiance arrive for their investigation, a conflict over who owns the gas discovered in the downed helicopter ensues. This only stokes the flame of the various faction’s hostility, and they begin to view one another as threats, even targets.

Meanwhile, we discover that the new AQ leader, or so we think, watching the action unfold from the BCH4 TV Station inside Verdansk while his followers loot the place and neutralize those trying to defend the newsroom.

As the distrust between the members of the Armistice has turned into violence, the Commanders (Laswell, Kamarov, Price, and Nikolai) fight to remain order between the factions to stop a brand-new full-scale conflict from developing. Price decides to send in an Operator he can trust – Ghost.

In Season Two, Al-Qatala agents have stolen a Soviet nuclear warhead and smuggled it into the city of Verdansk. Combined with previously obtained chemical gas, Al-Qatala is determined to cut off Verdansk from the rest of the world. On the brink of a global catastrophe and dealing with the fall of the Armistice, Captain Price sends in Ghost to track down the location of the warhead. With the in-fighting reaching new levels, Ghost requests Price only send him Operators he can trust.

And, at the end of this trailer, we got a glimpse of what the Warzone would look like, long before we all first stepped out of the infil plane and parachuted over Verdansk. 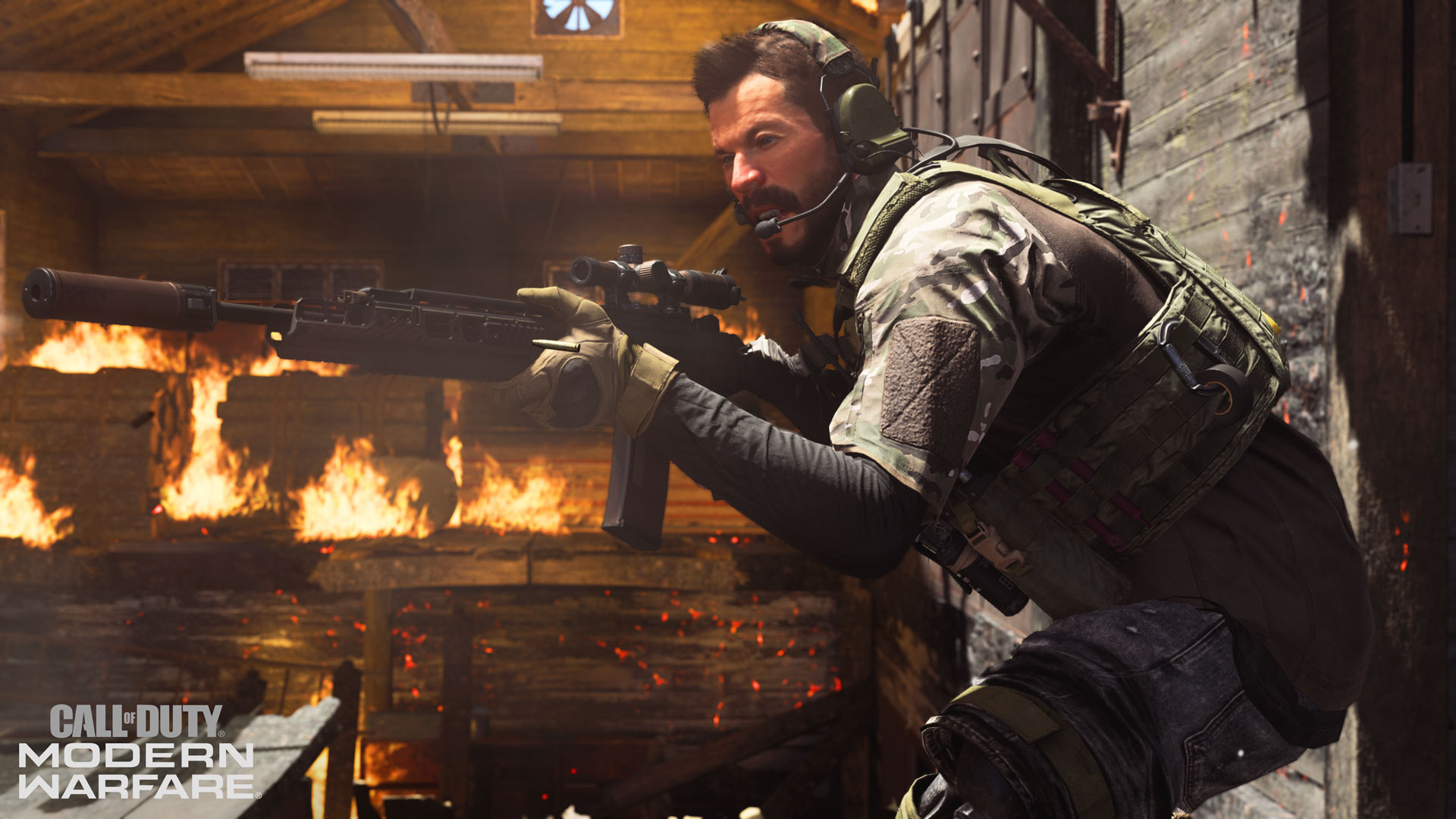 As Ghost asks Captain Price for backup, a familiar face returns to fight the evil that has invaded Verdansk. With the Armistice broken, more Operators are needed on the ground to find the point of origin and resolve the growing hostility.

That Operator is Alex, and he joins the ongoing battle in Verdansk after a triumphant return from the game’s Campaign.

However, this season highlights the massive problem within Armistice: rather than fight Al-Qatala, they are fighting themselves within Verdansk. Operator squads – even solo mercenaries – are infiltrating Verdansk, only to find the very same gas that they want to destroy is slowing encroaching on the city. Not only that, but only one squad can be exfiltrated, meaning that Armistice has to fight themselves in order to save their most elite Operators. 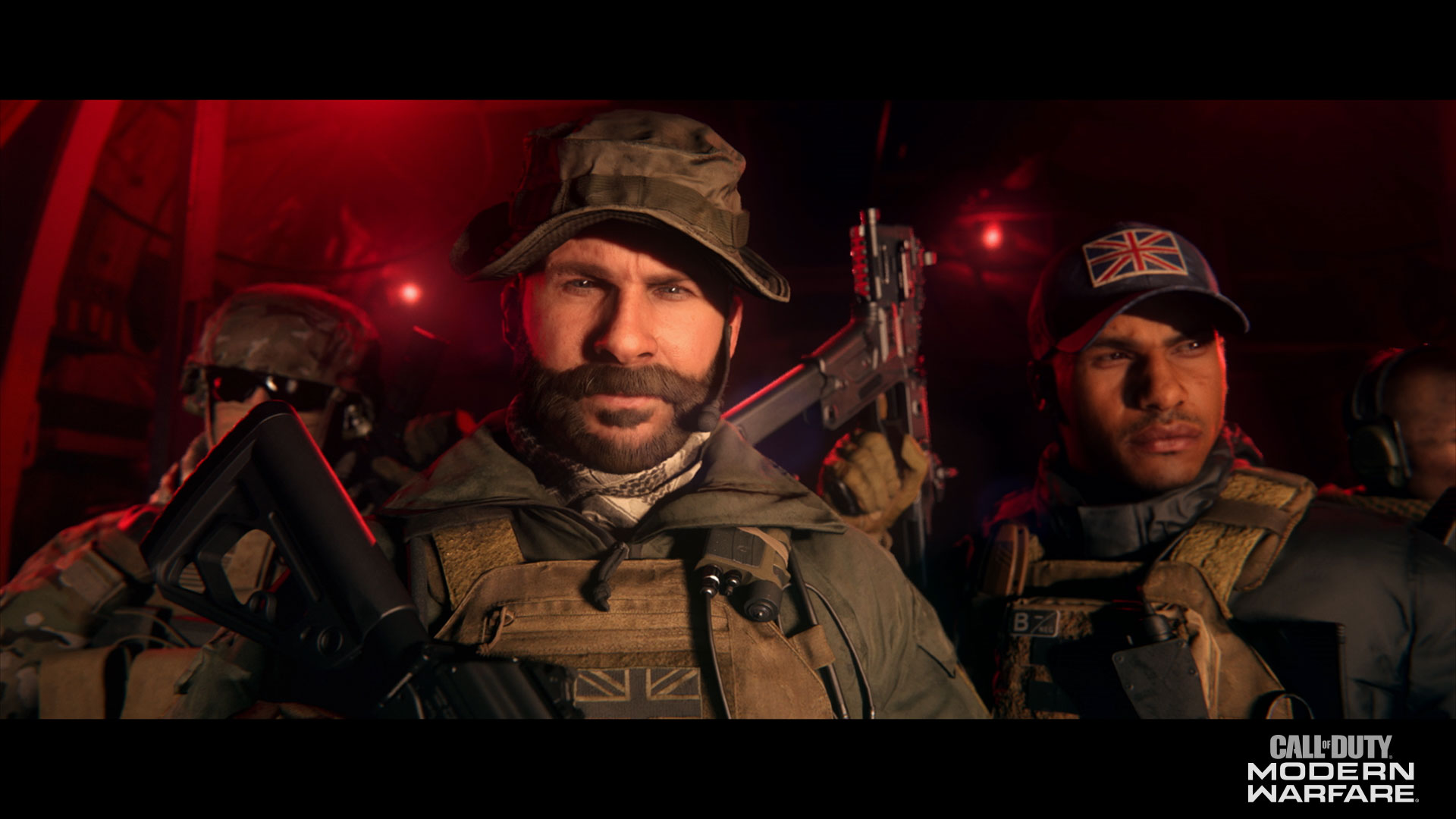 Which brings us back to the present day. The quickening instability in Verdansk, following the fall of the Armisitice, is becoming a bigger threat, maybe even bigger than Al-Qatala.  After an intercepted phone call between Target Denver and one of his elite soldiers, we learned of Armistice finally bringing out their ace in the hole: Task Force 141’s finest in Captain John Price and the final squad member he nominated to this Tier One group.

The trailer recaps everything we know so far: chemical weapons are in the wild, Mr. Z is still at large and his plan of aiding AQ and disrupting alliances in the East and West is working: Armistice Operators are “targeting their own,” according to Ghost.

Mr. Z's plan is causing absolute chaos and only a few options are left on the table. Can Captain Price offer to take another “business trip” and stop this explosive in-fighting that is building towards a global war?

What happens next? That, Operator, is up to you to decide.

Stay tuned for a few more character biographies in the coming days to further ingrain you within this universe. Right now, you can see for yourself the chaos in Verdansk by playing Warzone, or learn the origins of this story through Campaign, Multiplayer, and Special Ops in Call of Duty: Modern Warfare.