Prepare yourself for an epic finish to Willard Wyler’s undead cinematic nightmare, along with four brand-new multiplayer maps.

So far in Call of Duty: Infinite Warfare, we’ve seen the Sabotage, Continuum, and Absolution DLC Packs. Now, prepare yourself for the fourth DLC Pack – Retribution. Available first on the PlayStation 4 beginning on September 12, with other platforms to follow, Retribution takes players across four new, epic multiplayer maps, and also launches them into the final Infinite Warfare zombies co-op experience titled The Beast from Beyond.

The Beast from Beyond, the final chapter of the five-part Call of Duty: Infinite Warfare zombies experience, features the return of Willard Wyler, the enigmatic movie director villain. Wyler has once again trapped the four protagonists inside an all-new horror film, now set in a desolate military station on a distant ice planet. 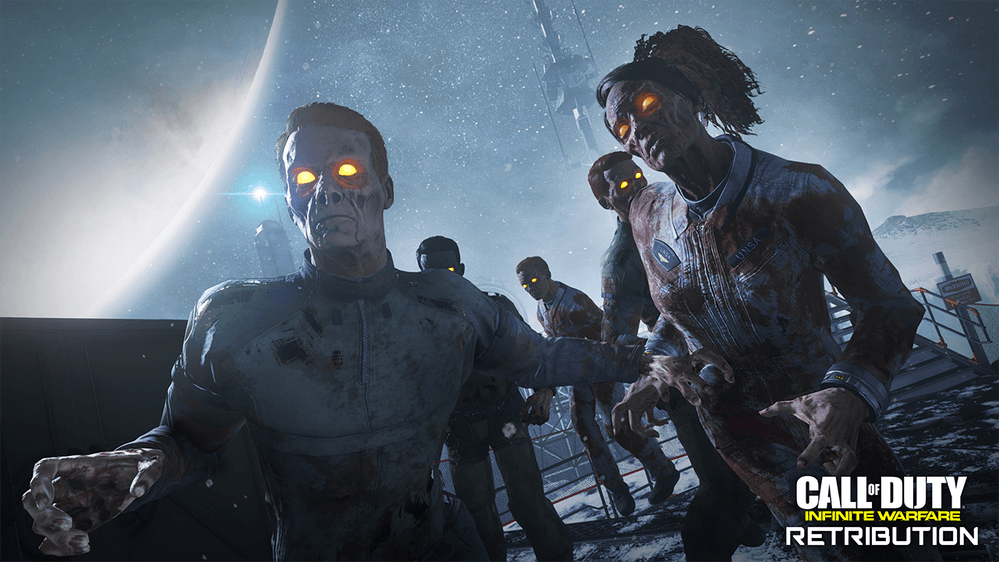 As players begin to discover more and more infected crew members, they’ll need to battle hordes of the undead to uncover the truth and escape Wyler’s films once and for all. The Beast from Beyond also features new weapons, traps and more, in addition to the hallmark Call of Duty action, in a setting that is sure to include pulse-pounding moments.

In addition to The Beast from Beyond, Retribution will also include four new multiplayer maps: 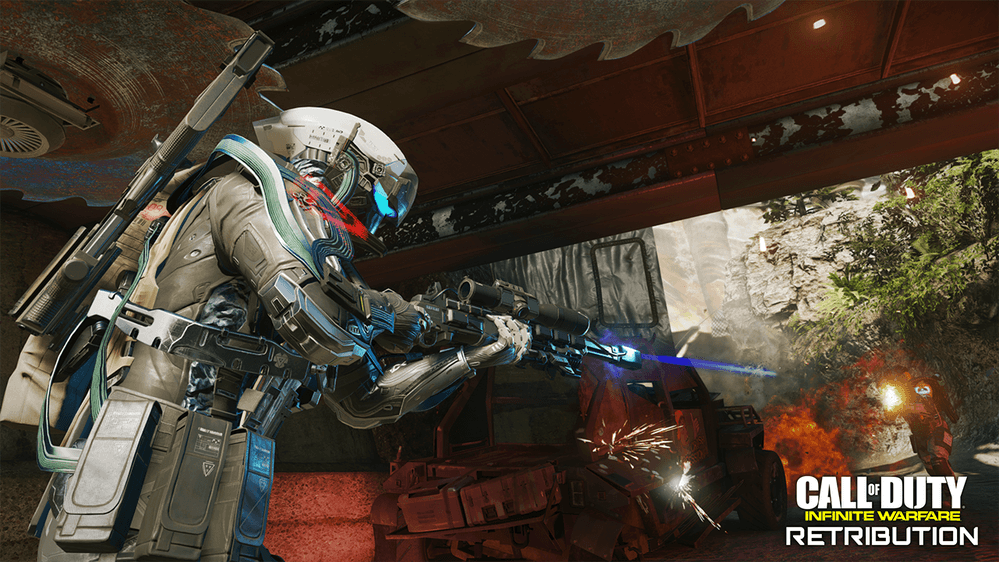 Carnage – A post-apocalyptic race track along the California coast, Carnage features long sightlines and environmental hazards including a fire trap players can activate on command to roast their enemies. 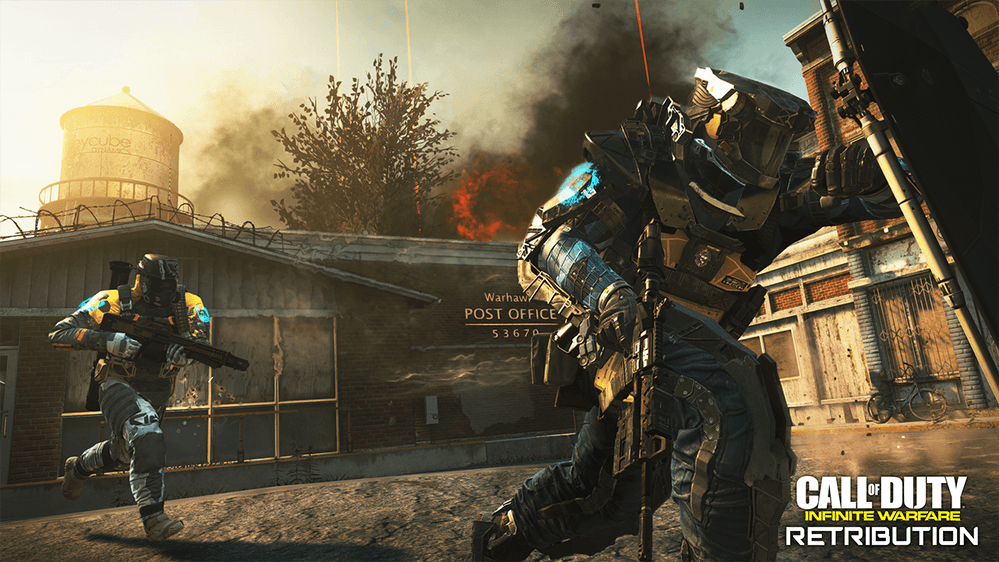 Heartland – In Heartland, teams will go head-to-head in a simulation of small town America that is a re-imagining of the classic Call of Duty: Ghosts map, Warhawk. Players can pop into the local ice cream shop for a treat, and then take out enemies down the street with a Black Hole Generator. 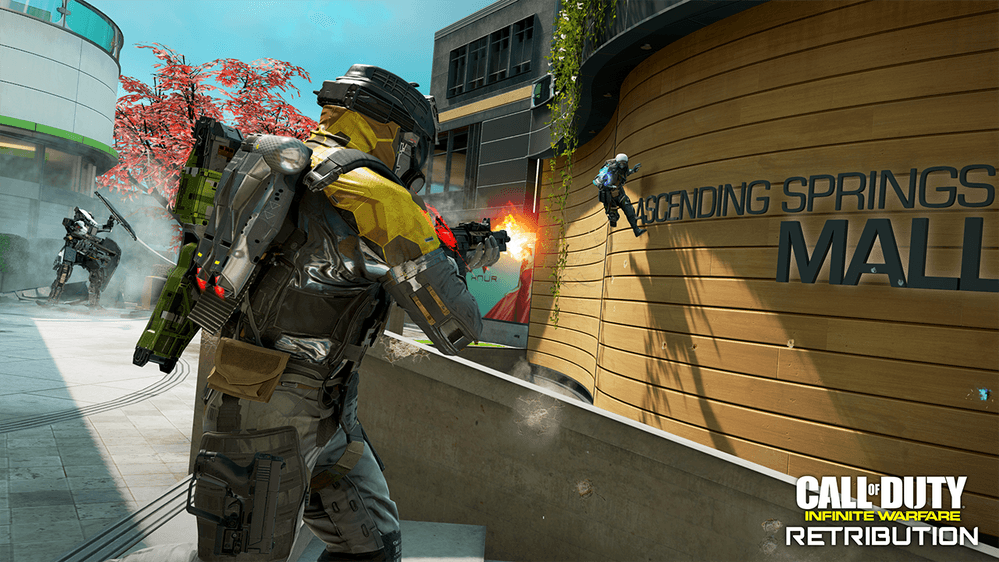 Altitude – Set in a high-end, sky high shopping mall located on the edges of the universe, Altitude pushes teams around a chaotic center where quick flank routes are key to victory. Additional features include floating lush waterfalls that border the map. 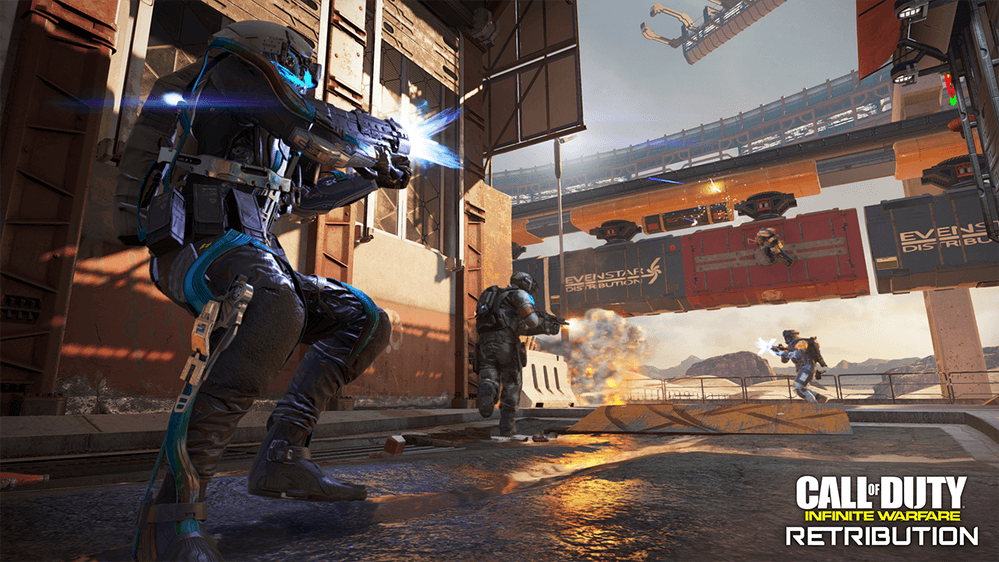 Depot 22 – Depot 22 is a watering hole at the end of civilization that focuses on mid-ranged encounters waged in a medium-sized, three-lane map. Players can battle in the cantina for close-quarter combat or engage with enemies wall-running off of a moving train.

“Our team has had so much fun this year creating content for the Infinite Warfare community,” said Dave Stohl, Studio Head of Infinity Ward. “So, with Retribution, it’s the culmination of our thrilling zombies storyline, where players will head to a new setting with tons of surprises, and find out what evil force has been pulling the strings all along. For multiplayer fans, we’re delivering four new maps that really showcase combat rig abilities and great gameplay. September 12 can’t come soon enough.”