The Associate Project Director for Call of Duty: Infinite Warfare knows kung fu, and a whole lot more. Find out what makes the zombies kick in Shaolin Shuffle, part of the Continuum DLC Pack

Continuum, the newest DLC pack for Call of Duty: Infinite Warfare is available today first on the PlayStation 4, with other platforms to follow later. We headed over to Infinity Ward to spend some time trying our kung fu styles against the undead in Shaolin Shuffle, the new zombie experience included in the DLC pack, and while we were there we sat down with Associate Project Director Lee Ross to talk about setting the game in New York City in the 1970s, working with Pam Grier, and creating Easter eggs.

Activision Games Blog: So, with Shaolin Shuffle, players are getting a new zombies experience, and even brand-new combat. What was the idea behind going kung fu?

Lee Ross: Well, really it was about going back to that era and finding the things that really made it feel like the '70s and during that time period there was this really big push, especially with bringing martial arts films, with terrible dubs, to the United States, but they were these awesome action flicks. You got to see the makings of many of the famous martials arts stars of the day.

They had this amazing, engaging, up close combat that we thought was really interesting and that's something that you don't get to do a lot in zombies. It's something that we introduced in Rave in the Redwoods where we decided to start you off with melee weapons so you can get up close and personal. But those melee weapons weren't necessarily super empowering, they were just something that could keep you alive for the moment.

The kung fu powers on the other hand, we really wanted to empower you and we also wanted to build a small progression system into them, so as you're going through and completing kung fu challenges your in your skill set, your punches, kicks, everything becomes more powerful. And of course you get more and more comfortable engaging at a distance that's much, much closer than you've had in the past with zombies. Meaning that you get to be up close and personal, see all the carnage, see all the mayhem, and really feel like a badass. 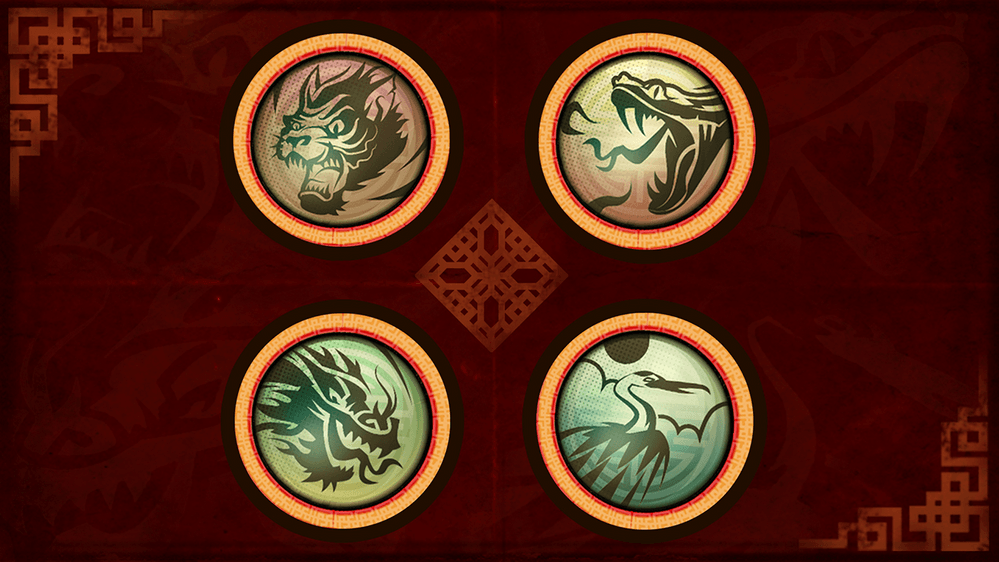 That's awesome. There are four different fighting styles in the game, and from what we’ve seen they look very authentic.

We actually have some martial artists here in our studio and all of the moves that you see in game are motion captured by guys who know how to kick your head off. So, yeah, it's one of those situations where Brian (Bright) and myself both grew up in that time period and so for us, it was really looking back at those classic films and wanting to recapture some of the moves that became super famous.

We wanted to kind of look back at the '70s and think of the One-Inch Punch and those various different techniques and also because we're up close and personal, one style might get repetitive. So we wanted to change the stances that you go into during combat because the different styles are so interesting.

Also, there's weaponry that ties into all of that kung fu stuff. In the trailer you got to see us throwing shuriken, wielding nunchucks and also having a katana. We really wanted to pay tribute to that '70s martial arts feel, but we wanted it to be as authentic as possible and like I said, that's why we reached out to people to say, we're looking for someone who actually knows how to do a crane kick and make it look good, and we found them.

Half the fun must have been recording the crazy sounds that fighters would make in those movies back in the ‘70s.

Oh, that was actually hysterical. Because, unfortunately, typically when we're recording the voiceover dialogue, the game is not done yet. So the actors don't know what they're actually performing to when they're doing things like that. So, I did a lot of ad-lib stuff with the guys, in particular with Pam Grier where they actually wanted me to stand in front of them so they could throw punches at me, and then have me move and it would draw certain sounds out of them

The inspiration obviously, like you said, it's kind of going back to the kind of "Woo! Waaaa!" sounds that everybody would make. There's going to be a lot of that. You'll definitely have a sense of kung fu badness coming from all four characters. 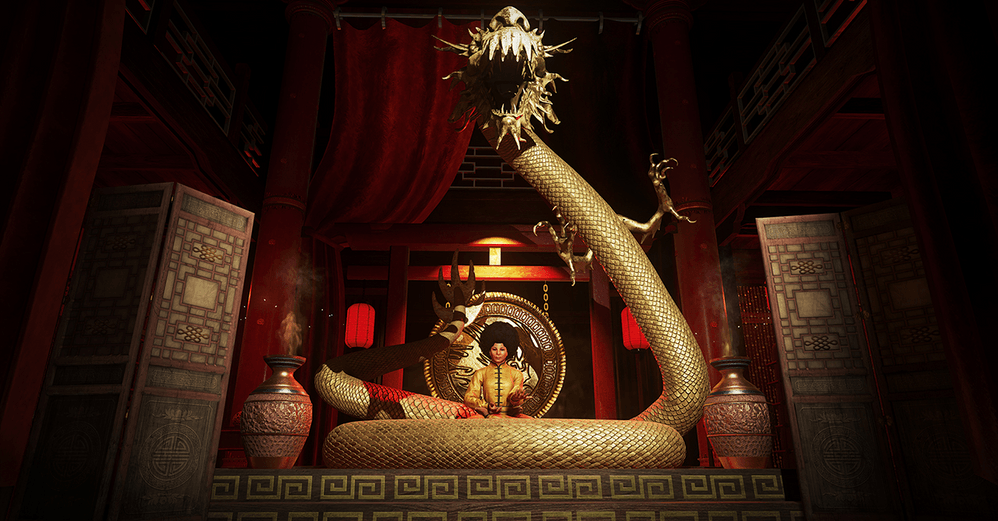 What was it like working with Pam Grier? She is such a legend and she seems perfect for Shaolin Shuffle.

For me, this is like a fantasy come true because I've been in love with Pam since I was born. She is super talented, and she is a woman that defined beauty in the '70s. So, for us it was not only building upon what you know about Pam, it's building upon the things that you don't know about Pam. We wanted her to come across as this really intelligent, philosophical sensei that you meet. She's going to be giving key information to the players to hopefully help get themselves get out of the.

It was a lot of fun working with her, and was an opportunity to breathe more of the '70s era into this episode so to speak. If you go back and look at '70s magazines or anything like that, it seemed like Pam graced those covers almost weekly. Now, that's not to take away from the other celebrities that we've had because they are all amazing talents in their own right, but this is someone who owned a decade. And then transcended that for decades beyond. Like you said, we really are very privileged to have such a legend at our disposal and she was absolutely wonderful to work with. She is a very interesting and entertaining woman.

I heard you talk about growing up in New York City, and how the modern day New York City is so different to the city in the 1970s, which is the setting for Shaolin Shuffle. Tell us about creating this new setting.

In fact, there was a period of time in the '70s where there were groups like Guardian Angels that decided that they were the vigilantes of the city, that decided to protect people when they’re on the subway, when they’re walking down the street at night. 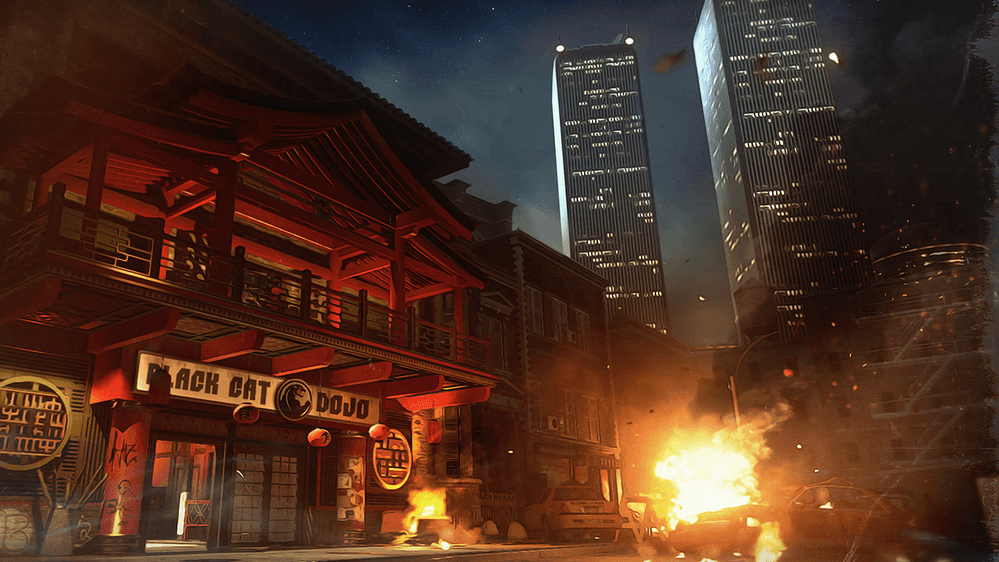 Now, a lot of money has been poured into Manhattan and you see all these skyscrapers and all these luxury developments happening, but New York was rougher back then. There were the rolling blackouts of the '70s where you'd be blacked out for three or four days out of the week.

It was a very dark and different place than it is today, but within it there were also a lot of gems and beauty. Like Brian mentioned, the birth of hip-hop was found at that time. There were all of these pushes in the Village where the gay rights movement began to blossom in New York City. So, it was about really going back to that time and bringing the authentic New York City back, not the one that we see today where it really feels like a tourist spot.

So, we wanted to make it feel like the gritty, dirty, filthy, city that it was back then.

The Call of Duty zombies experience is nothing without Easter eggs. Are players going to discover something on par with the Zombies in Spaceland and Rave in the Redwoods with this one?

Maybe even more. We've learned a lot of lessons from the maps that we've released thus far, as far as Easter egg content. We felt like we were really competent in what we did with Zombies in Spaceland. Some of it felt like it might have been a little too hard for the general audience and we wanted to pull that back a little bit, so in Rave in the Redwoods we simplified some of the complexity.

But with this map, it really is an amalgamation of both of those designs. It's sort of going back to the idea that we want these deep buried Easter eggs where you might find something and have no clue what it does, what it goes to, or why it's there. And so really the driving factor behind that was making sure that we have something for both audiences. 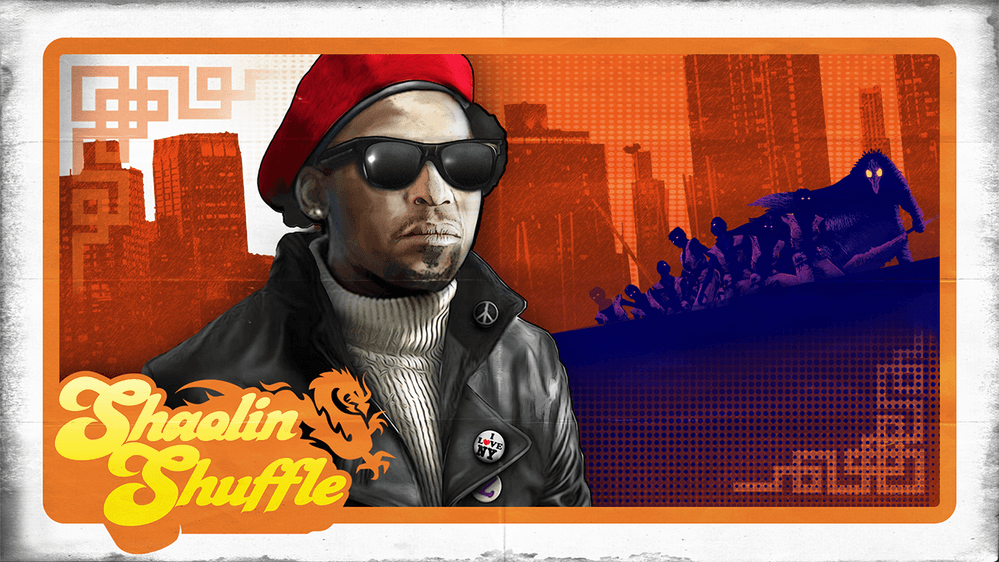 It's the guys that are just coming in and are like, "Hey, you know what, I just want to play zombies, I'm interested in checking this out". But also for the guys that are like, "Hey, I've been playing zombies since the beginning, and I want to dive in deep and just get lost in this world.” We have representation, Easter egg-wise, for both of those masses. Also, people will want to know that the yeti Easter egg that we continuously tease in Spaceland, this map gets you one step closer to solving that. We'll continuously get people closer and closer to solving that massive Easter egg which we have hidden behind this whole giant story.

Great, thanks very much Lee.

You got it. Anytime.