It can be dangerous to face the undead alone, so take this guide with you the macabre masses pursue you through the across the foggy shores and beyond.

The latest installment of the Nazi Zombies experience in Call of Duty: WWII is The Darkest Shore, part of The Resistance DLC Pack. Released first on PlayStation 4, this chilling chapter is now available to players on Xbox One and PC as well.

First, if you have not played Call of Duty: WWII Nazi Zombies yet, check out our guide and familiarize yourself with the Prologue and the first installment, The Final Reich, before diving into The Darkest Shore. Once you’re set, take a quick look at these tips and then take your first steps onto the foggy beachhead…

The Darkest Shore continues the epic story of Drostan, Olivia, Marie and Jefferson’s quest to stop Doktor Straub, and will challenge you with all new secrets to uncover and zombies to slaughter.

After surviving the opening act in Mittelburg, our intrepid treasure hunting crew has landed on an island north of Germany in search of Doktor Straub. Unfortunately for them, they find even more of his horrific creatures lurking around in the island’s thick fog.

When you first spawn into The Darkest Shore, you may be shocked to find about a group of zombies standing around on the beach with you. Yes, they are hungry. And yes, you will want to kill them as soon possible.

While you can use the machine gun turrets on the beach, pay attention to your starting loadout to take out the undead threat. These zombies have just as much health as the those you’ll face in the first wave, so a few pistol shots to the torso should be enough to kill each one.

This large horde could be a great place to earn some early points with precise shooting, discipline and skill, if you can work your way around them safely. But doing so will not be an easy task, as you have limited space to move around in and the water will slow you down significantly.

Surviving The Darkest Shore will require you to turn on the power, which you can find in the U-Boat Pens.

Kill enough zombies in the beach area to unlock the Beach Passage, and be sure to stock up on some points before you continue onwards. Head through the Beach Passage and make a left at the Bluffs, where you’ll come to a set of stairs. Go down those stairs, and you’ll be in the U-Boat Pens.

As you come down the stairs, look to the right and you’ll see the power switch. There is also an auxiliary power switch found in the Artillery Bunker, which is crucial for some of the map’s Easter eggs and a certain machine that can upgrade your weapon.

It would not be a Nazi Zombies map without Die Ubersprengen, right?

This weapon upgrade machine is located on the Darkest Shore and can be unlocked by collecting powercells. These big batteries are found in The Darkest Shore’s underground tunnels, which are accessible through the map’s minecart system. 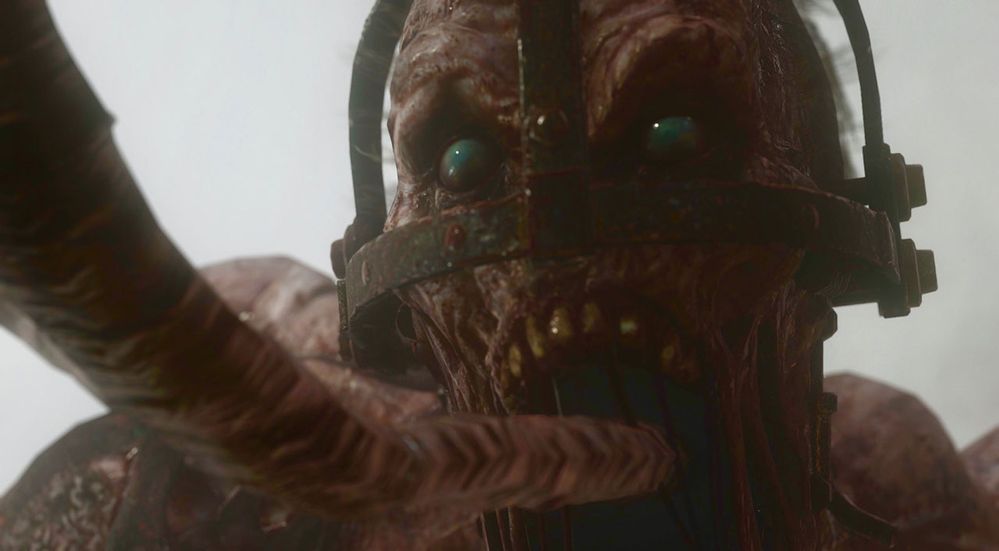 What Lurks in the Fog

This new zombie type is one that comes around whenever the island is obscured with fog, and likes to charge at you tongue-first.

The Meuchler can dole out a ton of damage and see through the fog. Run as far away from the Meuchler as possible, and should you want to fight it, move to an indoor area like the U-Boat Pens so you aren’t shooting blindly into the mist.

While the Meuchler will attack you with deadly claws at the end of its four arms, the head is where you want to place your shots as it will deal the most damage to the dangerous monster. Explosive weapons, such as the upgraded 1911s, are pretty effective against the Meuchler, but be aware that the it can withstand a ton of damage before it finally dies.

While we could give you tips on how to fill that notebook and unlock some cool weapons, we’ll leave that up to your personal exploration and discovery – we don’t want to spoil too much.

What we can say is that you should explore every nook and cranny to find parts for crafting, be prepared to practice fighting off air raids and stock yourself up with powerful weapons should you decide to fully explore The Darkest Shore’s secrets.

We hope this guide has been helpful and that you find a way to get off the island on The Darkest Shore, because we know how much the Meuchlers would love to keep you company…

For more intel about Call of Duty: WWII, be sure to visit CallofDuty.com and follow @CallofDuty and @SledgehammerGames on Twitter.