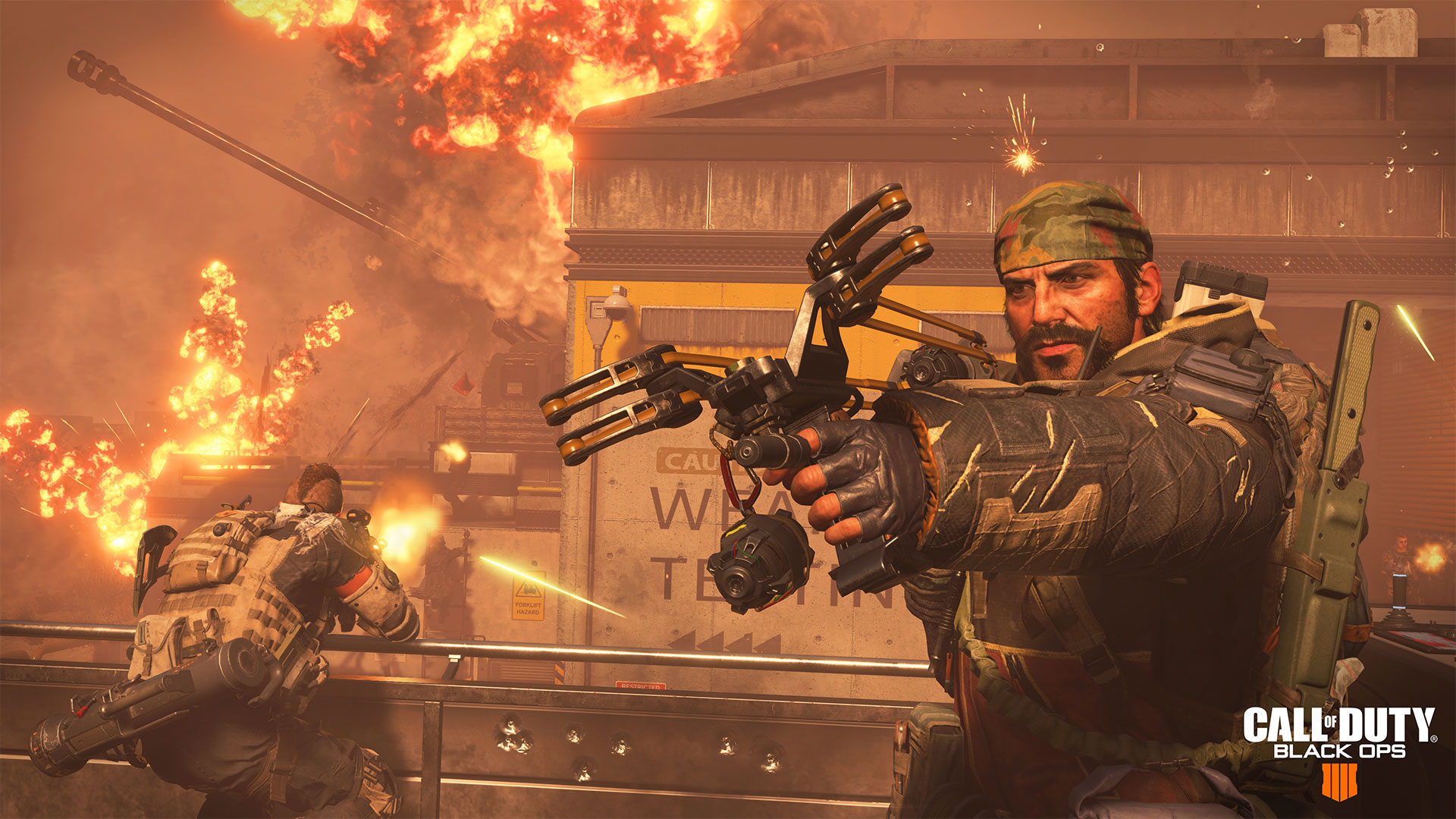 At Diaysler Robotics’ manufacturing plant, a storm is brewing. Prepare for impact with these tips and tricks.

At Diaysler Robotics’ manufacturing plant, a storm is brewing. Prepare for impact with these tips and tricks.

Hostile covert ops on a manufacturing facility of a powerful North American military defense contractor means someone may have stolen the keys to the castle.

In Arsenal, the fight is brought to Diaslyer Robotics, a manufacturing facility that becomes home to many Multiplayer battles in Black Ops 4.

Before the storm hits, it’s important to know that Arsenal is both an exterior and interior map. Expect the northern and southern lanes, exposed to the outside elements, to get the brunt of the sandstorm while the interior central lane is more protected from the impending elements.

With the forecast predicting a sandstorm in the area, we’re looking back at Arsenal to see how it’s possible to master this map and prepare for the incoming storm. 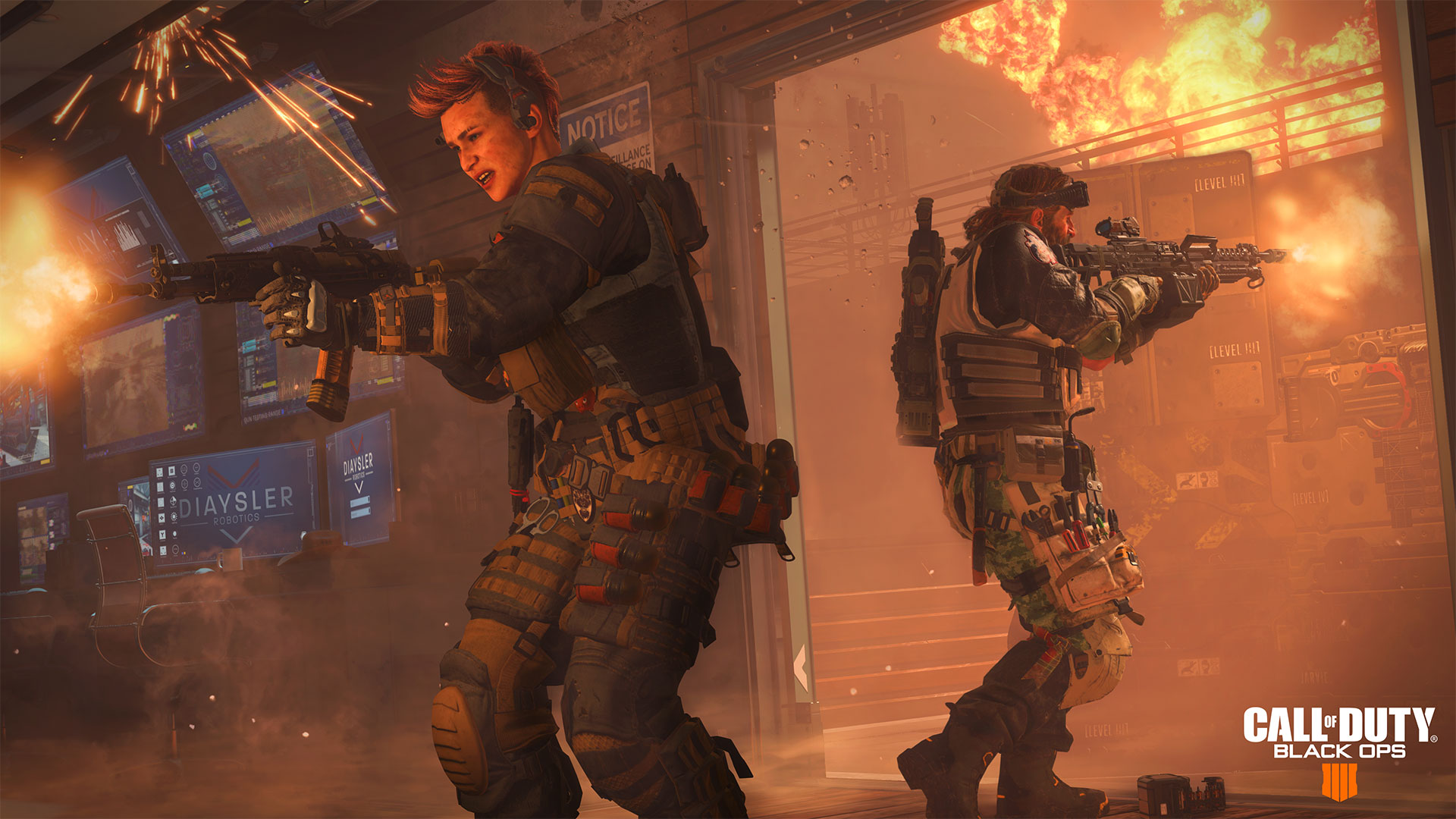 The layout of Arsenal remains unchanged by the storm, so it might be useful to become familiar with the terrain.

The western spawn is home to the Mantis Testing facility, where two Mantis drones are engaged in movement and self-defense tests. The opposite spawn is right outside a security room and near the main building’s reception area.

Dead center of the entire map is the Thermal Testing Lab, accented with a helicopter body encased on a glass lift. This is where combat often funnels into, as it provides entry and exit paths to several of the different rooms of the manufacturing plant.

The Thermal Testing Lab, save a pesky air duct, is primarily accessible through automated doors on the western and eastern path and a window on one side with another set of automatic doors. When the sandstorm kicks up, those same doors help the literal sandstorm dust settle and improve visibility indoors.

The aforementioned air duct is a tight crawl space that can also be accessed from two open panels on the southern path. This compact space provides plenty of risk and reward; it can be a viable shortcut between and within two main combat lanes, but a well-timed explosive grenade can take out even the most hardened player exploring the duct.

If you have time to explore the map while the visibility is intact, check out the advertisements for all the war machines strewn about the complex. Those with keen eyes and an encyclopedic knowledge of the Black Ops universe might spot references to scorestreaks and other tech featured in previous games, ranging from the old RC-XD model to those dastardly R.A.P.S. drones. 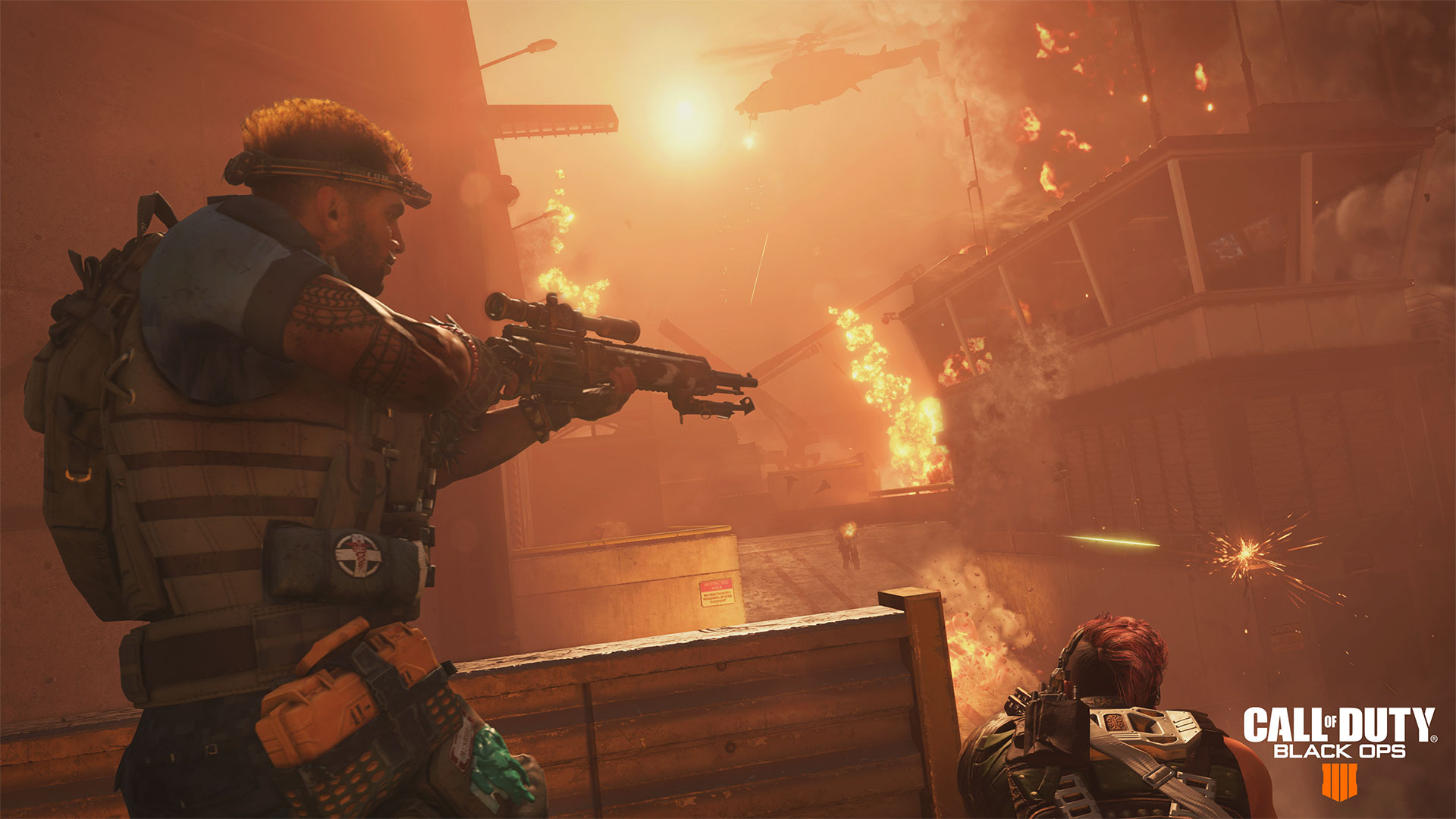 One of the biggest tips for Arsenal involves a bit of pre-game preparation with scorestreaks. Given that some of the map is indoors, you have to think tactically when choosing between aerial and ground scorestreaks.

Take the RC-XD for example: it can navigate through indoor locations and can be especially effective when driven through the air ducts to draw out potential campers. Be mindful that it might be difficult to drive in inclement weather.

For example, the Thermal Testing Lab in the center has a massive skylight perfect for dropping in a Hellstorm missile.

As for weapons and other Create-a-Class items, Arsenal fits a wide variety of playstyles. However, the sandstorm might make things difficult for players that enjoy long-range combat.

Want to go sniping? Think about picking up a Paladin HB50 and setting up on the south side of the map or keeping a distance inside the various buildings. If the sandstorm is in effect equip NVIR or a Threat Detector scope to help you get eyes on your foes.

How about a bit of close quarters action? Take your fast-firing weapon of choice, or a combat knife, and stealth through the complex seeking out an unsuspecting foe. While not a necessity for Arsenal Sandstorm, equipping Acoustic Sensor or the Tracker perk may be useful in the hunt amidst the storm.

This ain't a day at the beach.

Hunt down enemies in a windswept warzone on the newly transformed map, Sandstorm Arsenal. Live now on all platforms. #BlackOps4 pic.twitter.com/ZBbWBWU30y

It might be useful to get the lay of the land for key objectives, so muscle memory can be in effect when the storm hits.

In Search and Destroy, the A bomb site sits next to the plane statue on the map’s south side, while the B bomb site is on the north side next to the giant flak guns that are currently undergoing testing. Control also uses the plane (the Lightning Strike plane) statue as an objective site (B zone), but the other Control zone sits inside the main building.

For Hardpoint, Arsenal is one of the few Black Ops 4 maps with five hill locations. One is in the central building, two of them are on the north side, the third is by the statue, and the last is in the southwest-most room of the complex.

The maps many pathways give players options on how they wish to navigate. If you are scrambling to recover the interior Hardpoint near the southwest-most room, you can enter through a window and down the steps, exit the vent and fire into an open doorway, come from the spawn through sliding doors, or try the smaller side door. The choices you make when navigating the map all offer pros and cons like shorter distances with more exposure. Particularly for objective games weigh the benefits and consider using approaches that help you get the jump on opponents.

However, should your team decide to attack the map’s south side in any game mode, it might be a good idea to bring a sniper rifle, tactical rifle, or light machine-gun to cover any long-range firefights. There is plenty of open space out here, and while the rest of the map can be conducive to short and medium range battles, this courtyard is usually a catalyst for longshots.

Whether you are dropping in for the first time or looking for the best strategies after your hundredth game, the ultimate tip we have for this map, and every map in Call of Duty: Black Ops 4, is to have a blast!

For more Map Spotlights, check out the following previous overviews: