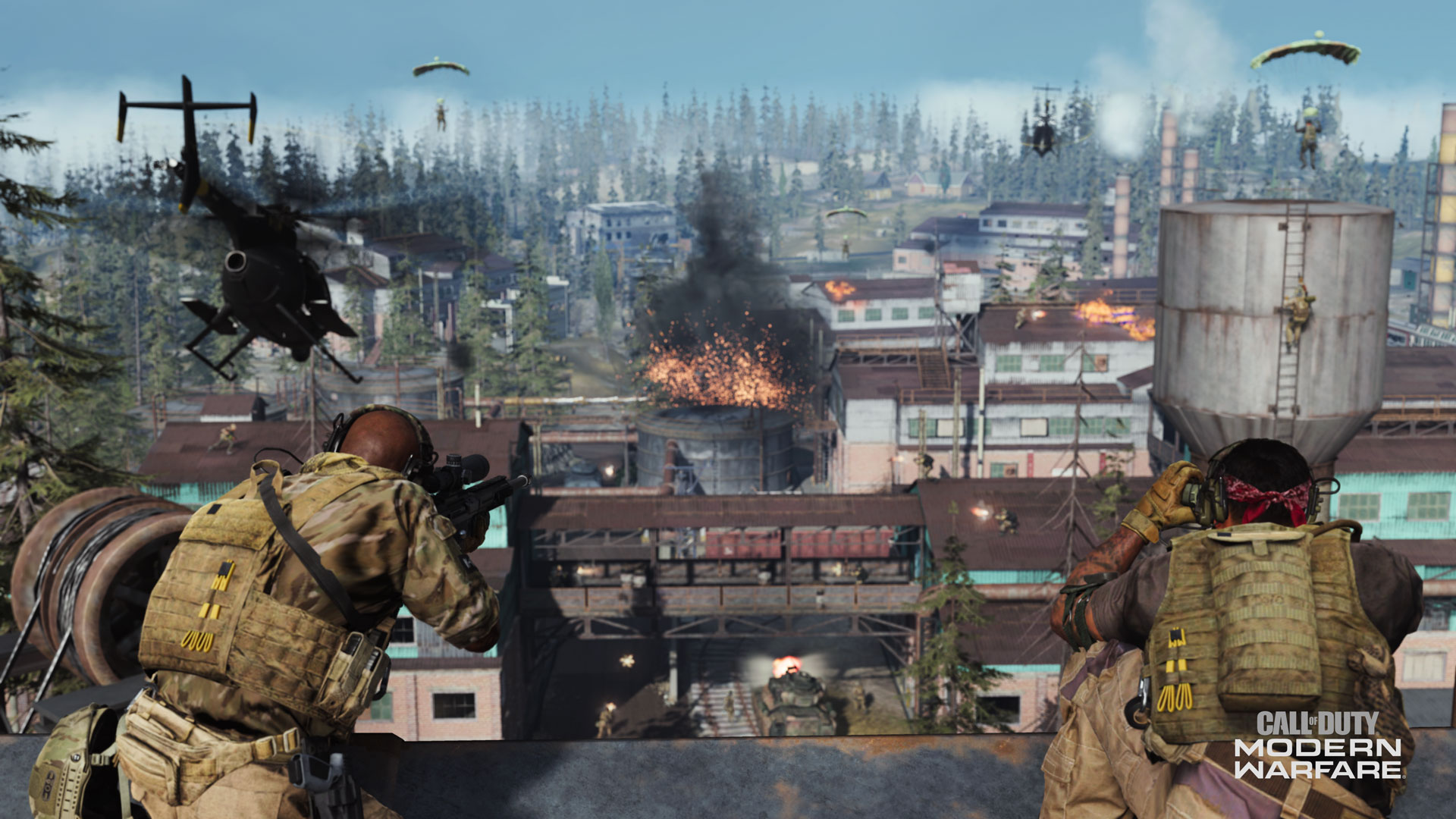 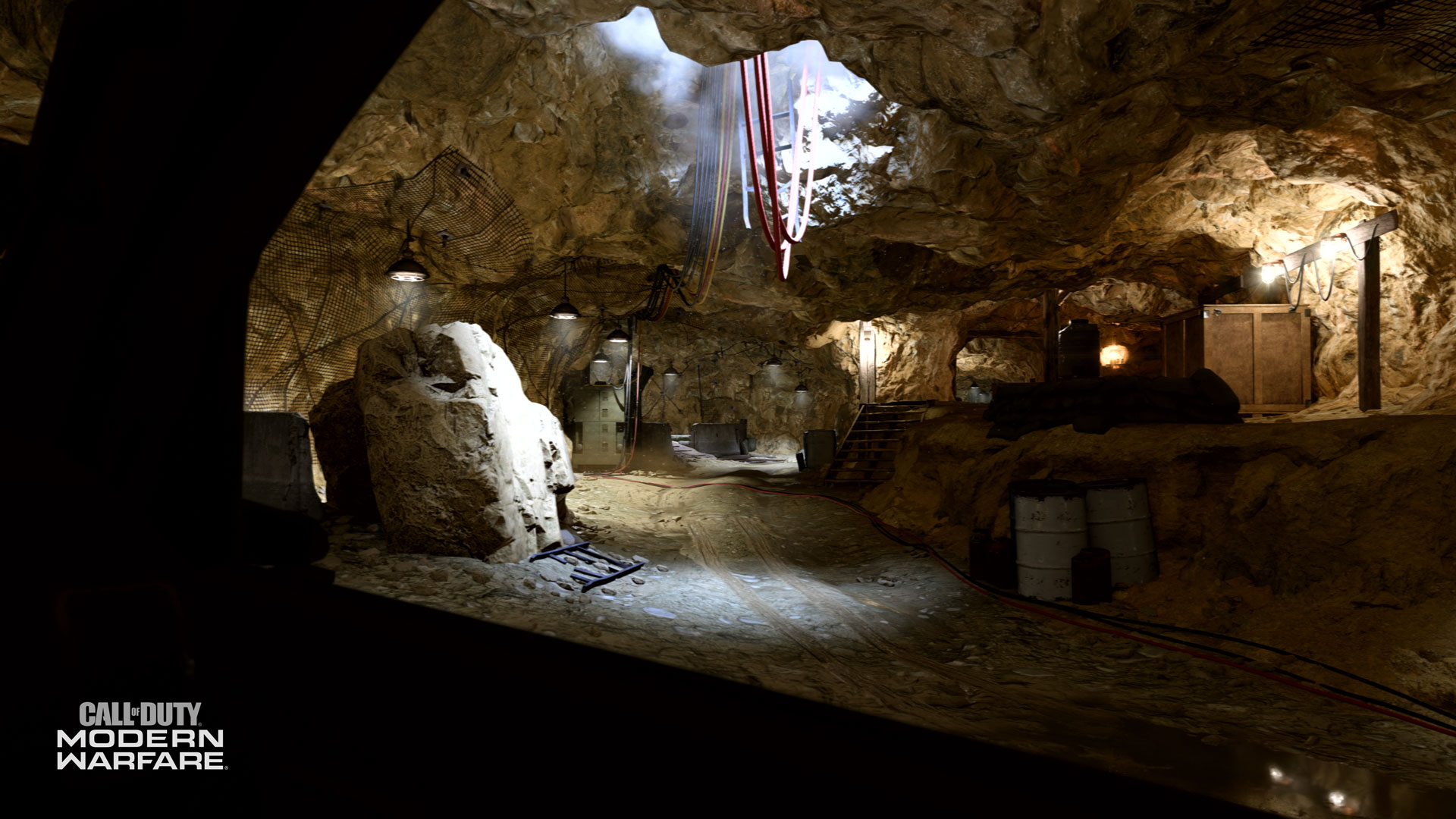 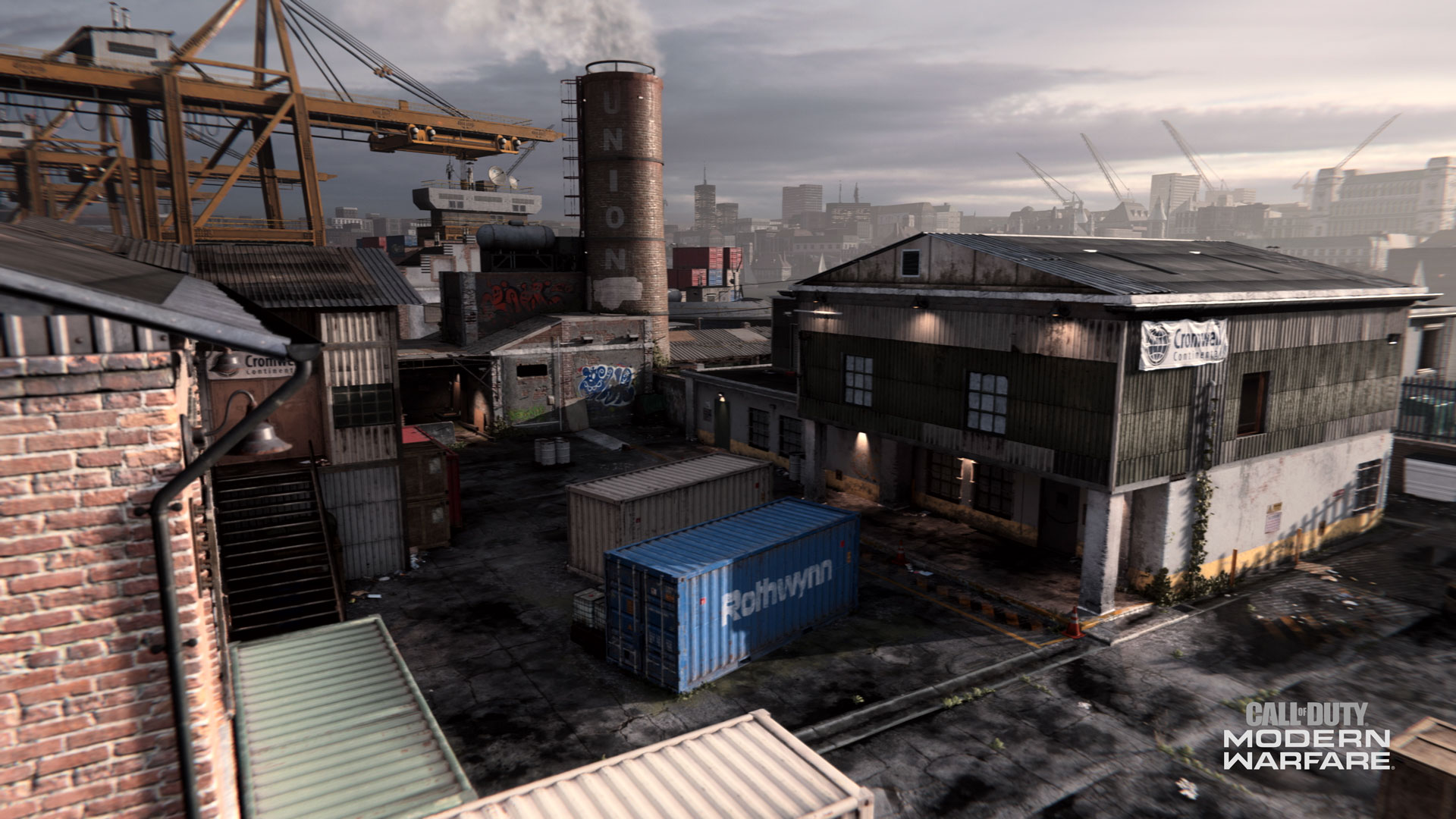 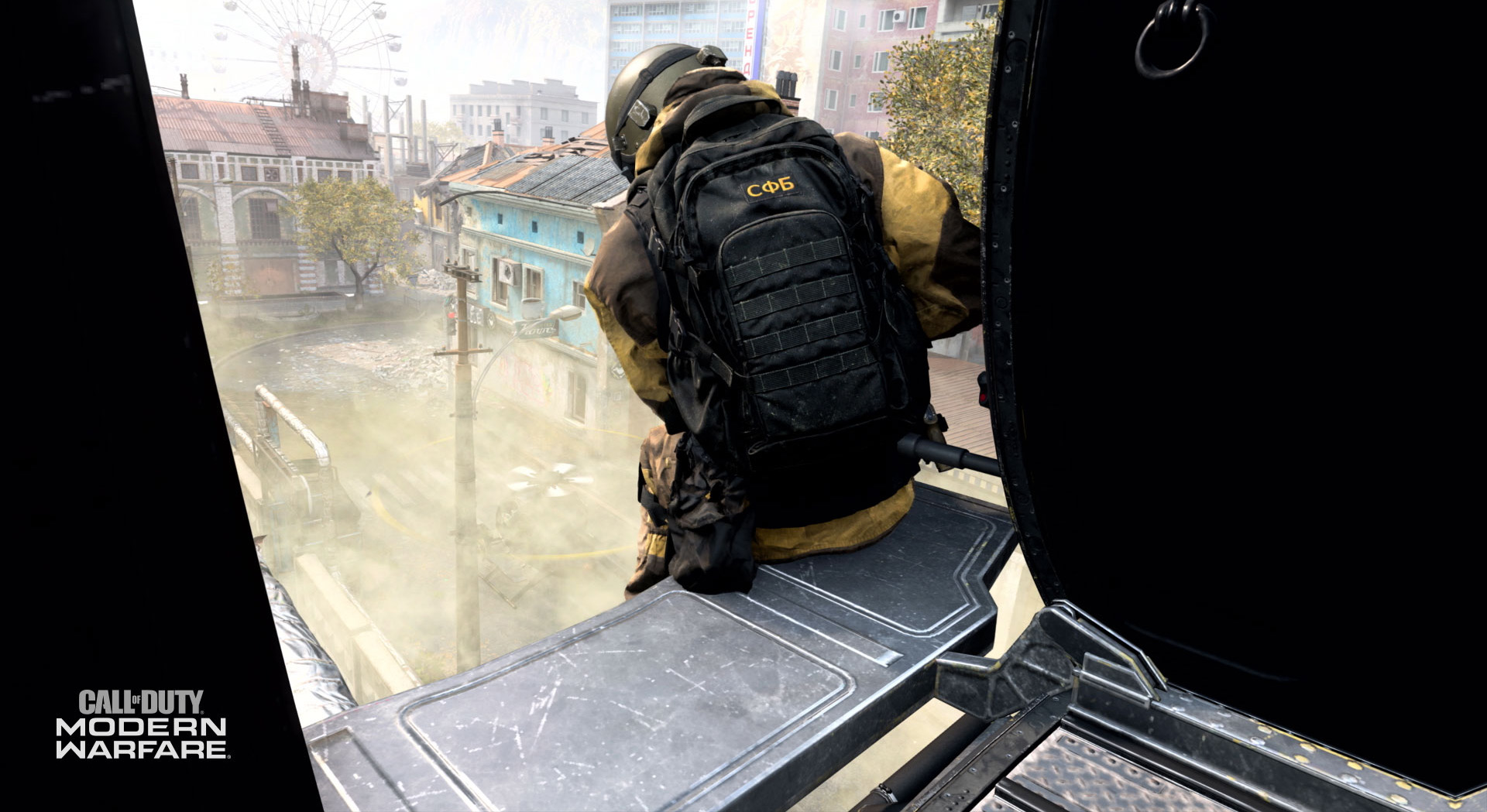 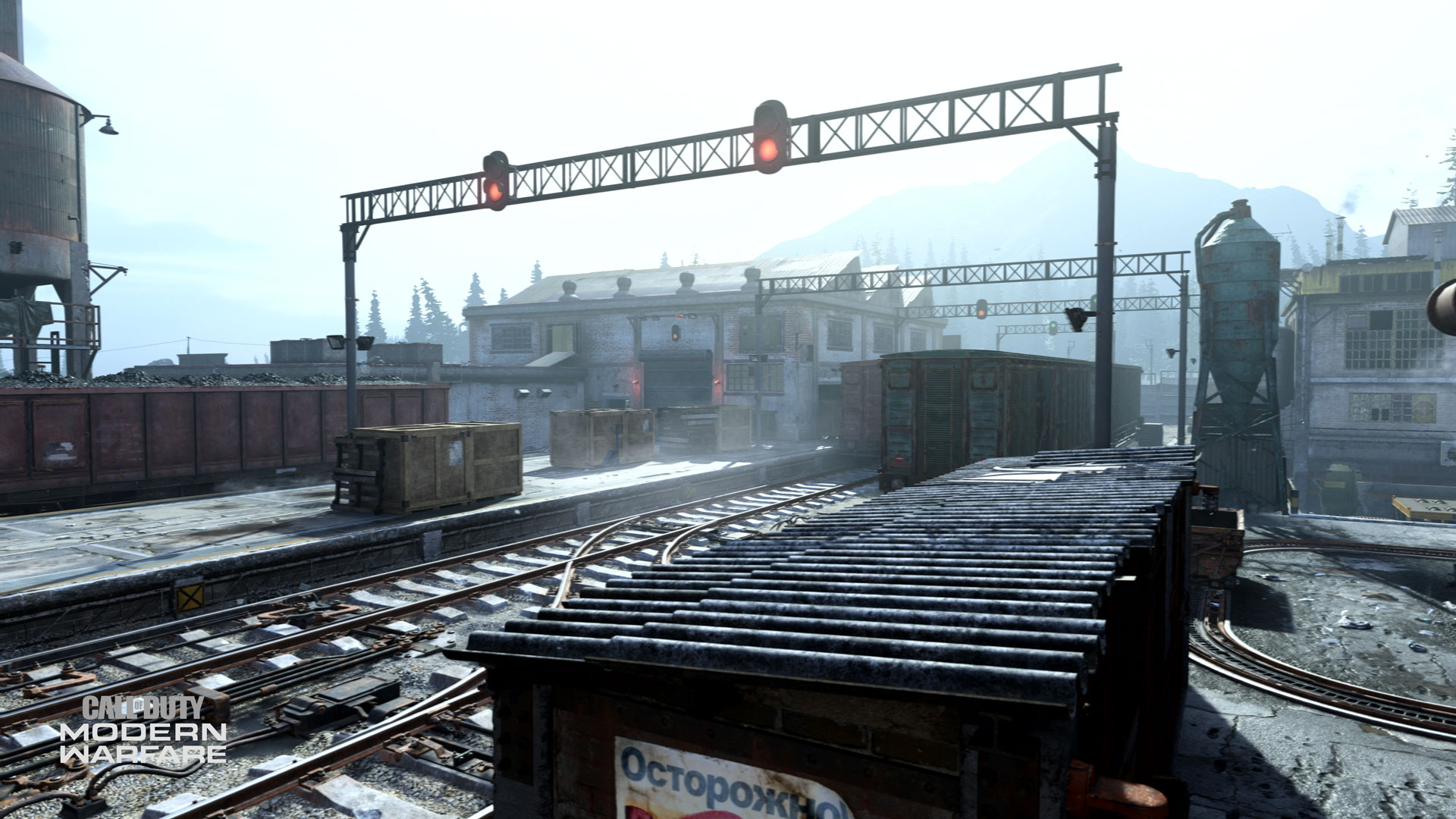 Beginning where the helicopter dropped you off during the Infil Teaser, the southeast corner of this mid-sized map offers series of overgrown concrete pads and into a trainyard warehouse with some problematic stored materials inside. Prepare for combat across this coal mine and refinery: Views of strip-mining continues to the east, close to a cylindrical metal tower with train trucks filled with coal and cargo carriages to mantle across or climb over slowly rusting in the yard.

Cross the train tracks running north to south, leading along the northern edge of the map, and weaving through a smaller, single-track path with blazing furnaces, coal-laden carts, and ending with a large fan built into the northern side of the control area.

Over on the western side of the map is a large unloading area where one team infils. Explore the warehouse to discover a small crew quarters, lockers, and stacks of large crates and forklifts. Along the southern border of the map is undulating rocks, dirt and grass, as well as a side yard of shipping containers both open and closed.

Venture into the middle of the map to weave through the ground level of the towering mine shaft itself, adjacent to “chimney 34”, belching smoke and with an interior of pipes and a huge furnace, control, and valve chamber allowing access across the middle of the map. Or, venture into the restroom structure, adjacent to a pair of ramps enabling you to reach the trainyard itself, providing you’re ready to get your feet wet. 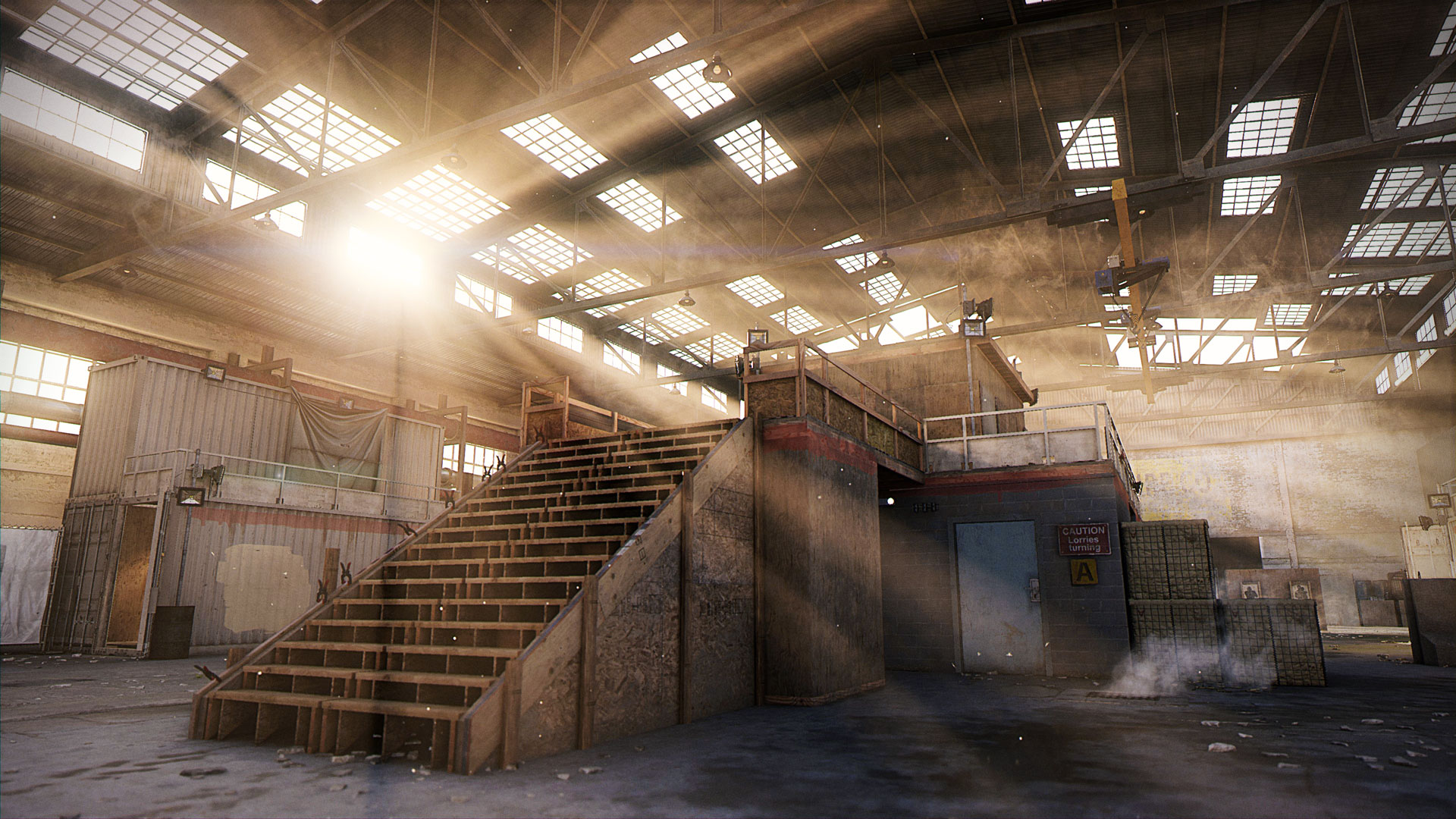 A roughly symmetrical training range warehouse with each player starting behind an L-shaped defensive structure made from sections of wood subfloor. Along the perimeter are two connected metal shipping containers (with “Shoot House” sprayed on each one), offering protection, but no clear line of sight. The center of the map is a half-constructed plywood stage with stairs at each end, crates to climb, and a concrete base with three small tunnels to traverse. The flag spawns in the center tunnel. 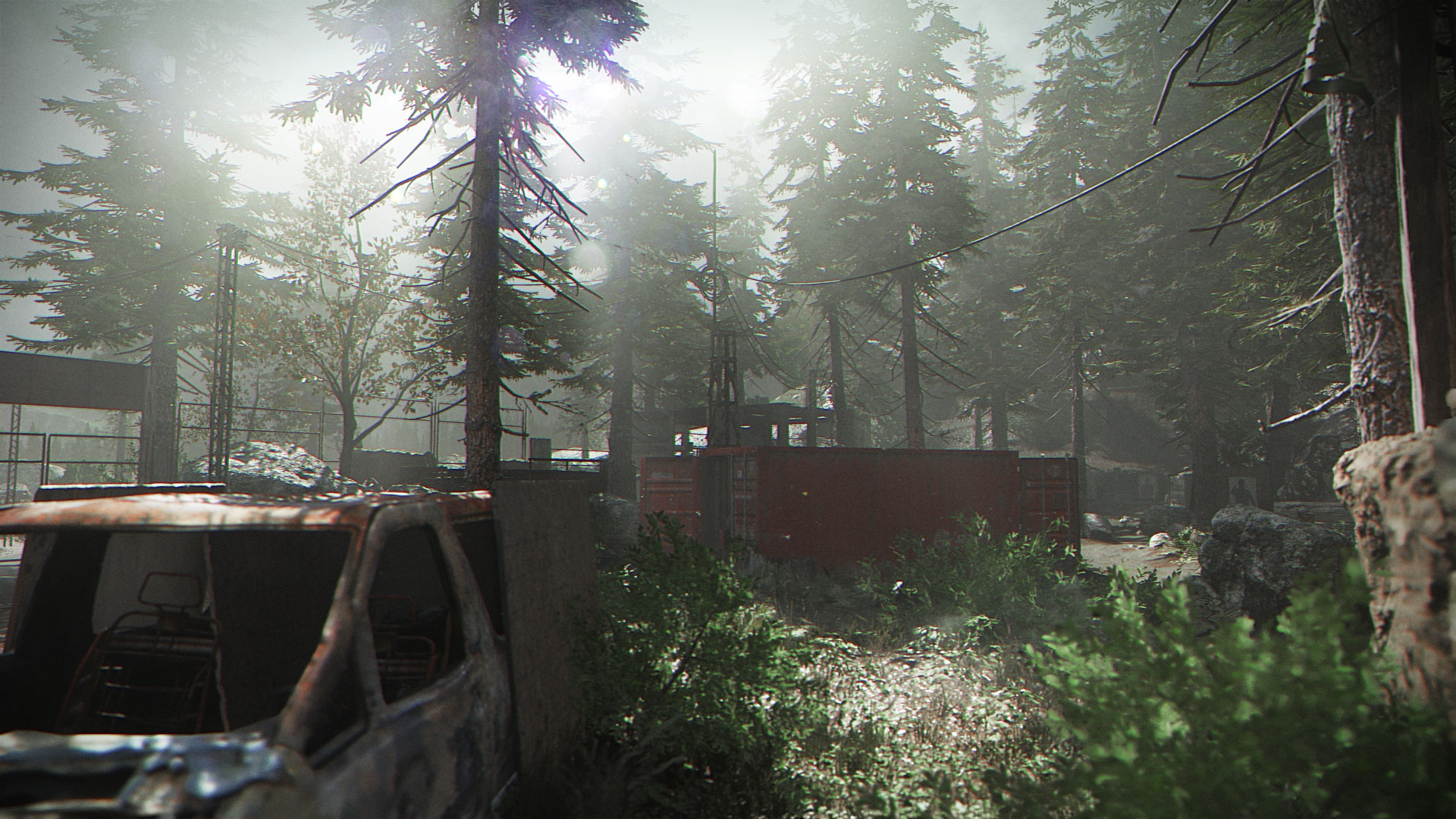 A roughly symmetrical, woodland training range with working metal targets beyond the perimeter, and a small grassy area from the spawn point. The eastern infil point is a firing range, while the western infil point is a bunker entrance. Each perimeter area leads to a rocky outcrop and a rusting vehicle to navigate or hide behind, and a raised, tarp-draped command post on the southern side. A stream bisects the map, running southwest to northeast, with an open red container where the flag spawns. 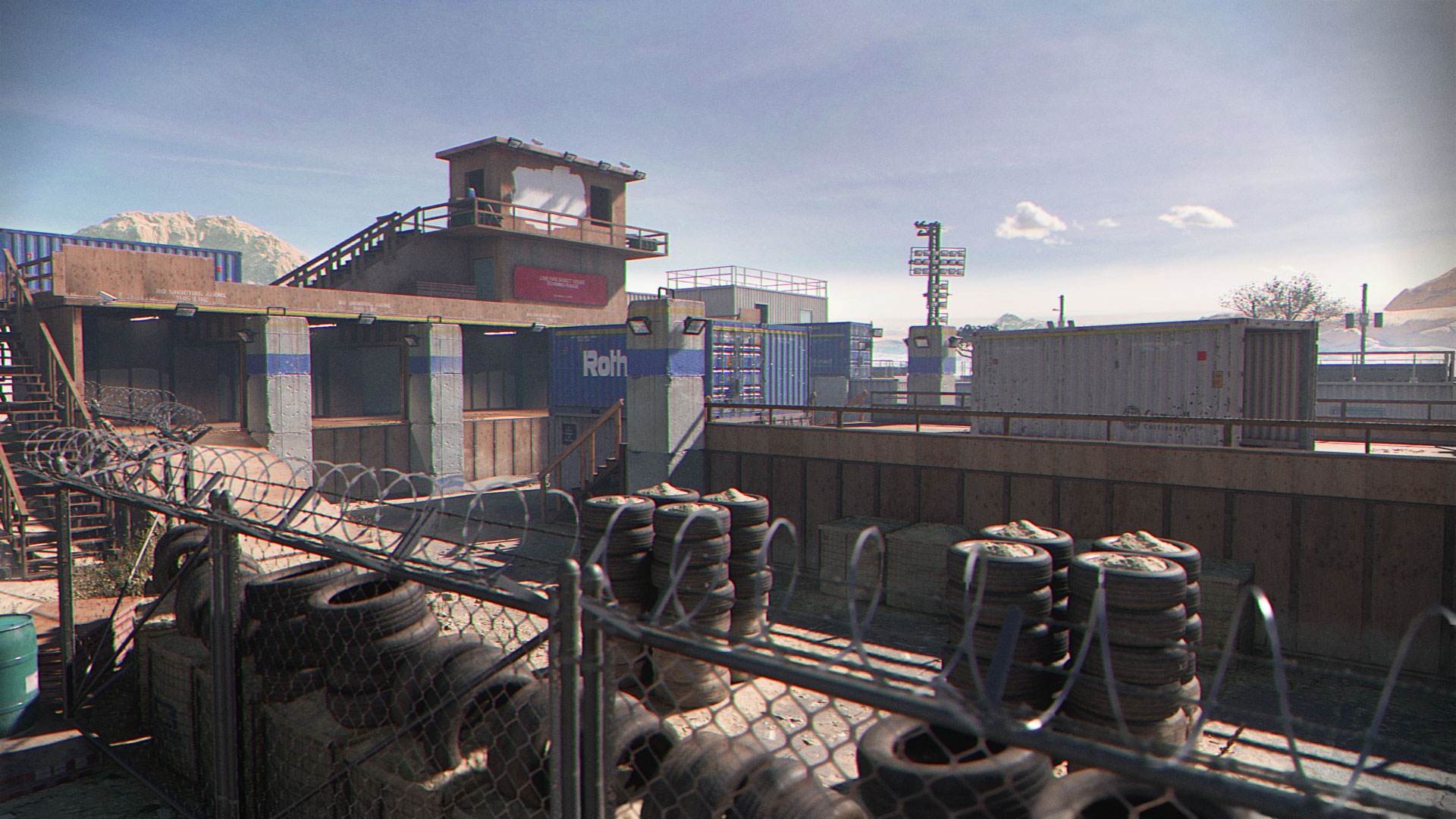