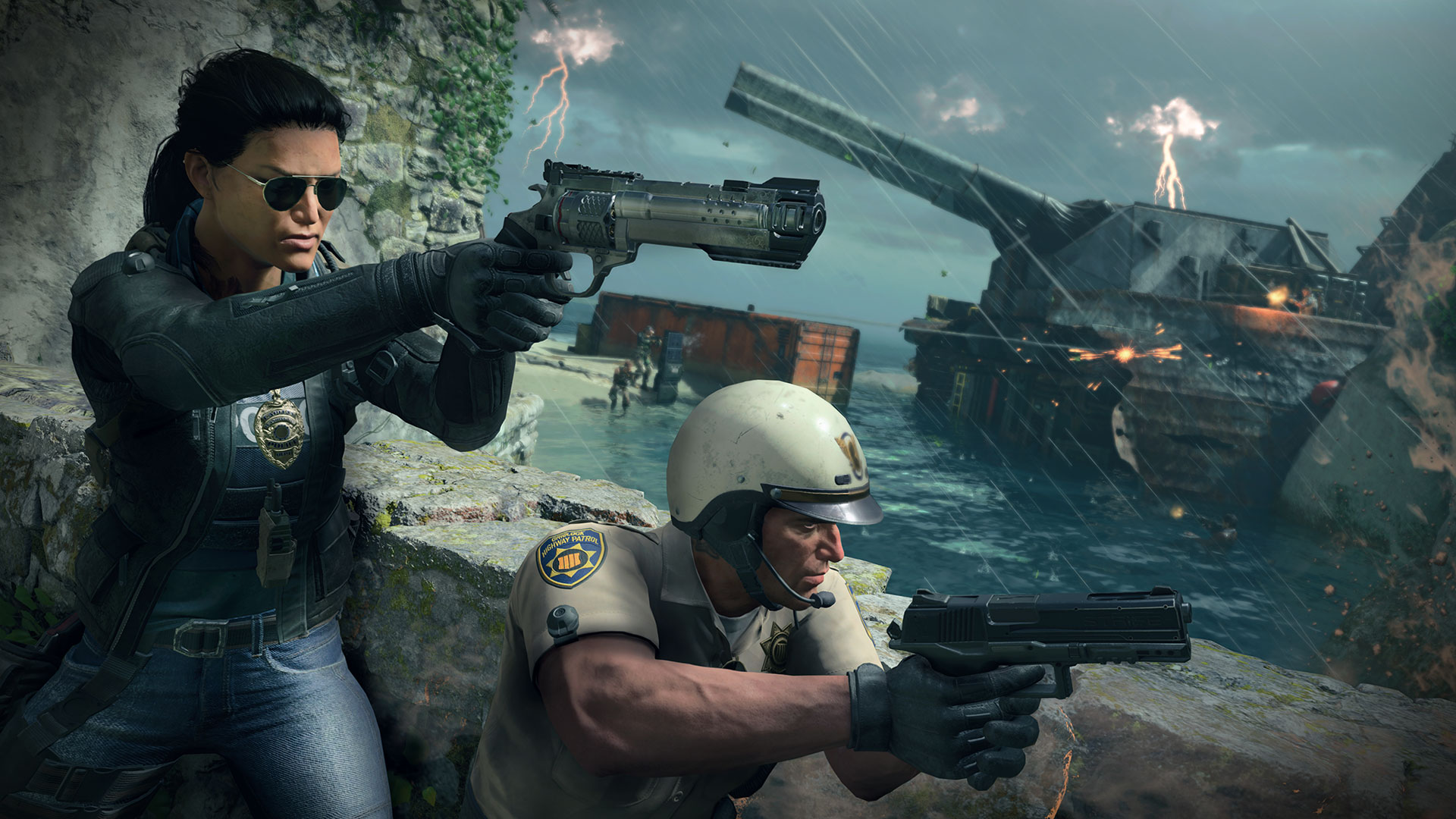 Surveillance of an international arms smuggling operation has uncovered this shipping hub on a remote, uncharted island off the coast of Colombia.

Contraband was one of the first maps shown off in Call of Duty®: Black Ops 4. Due to the all-new weather conditions present in the “Hurricane” variant, now is the time to revisit and conquer Contraband before the storm closes in.

Let’s dive in and see what we can learn: 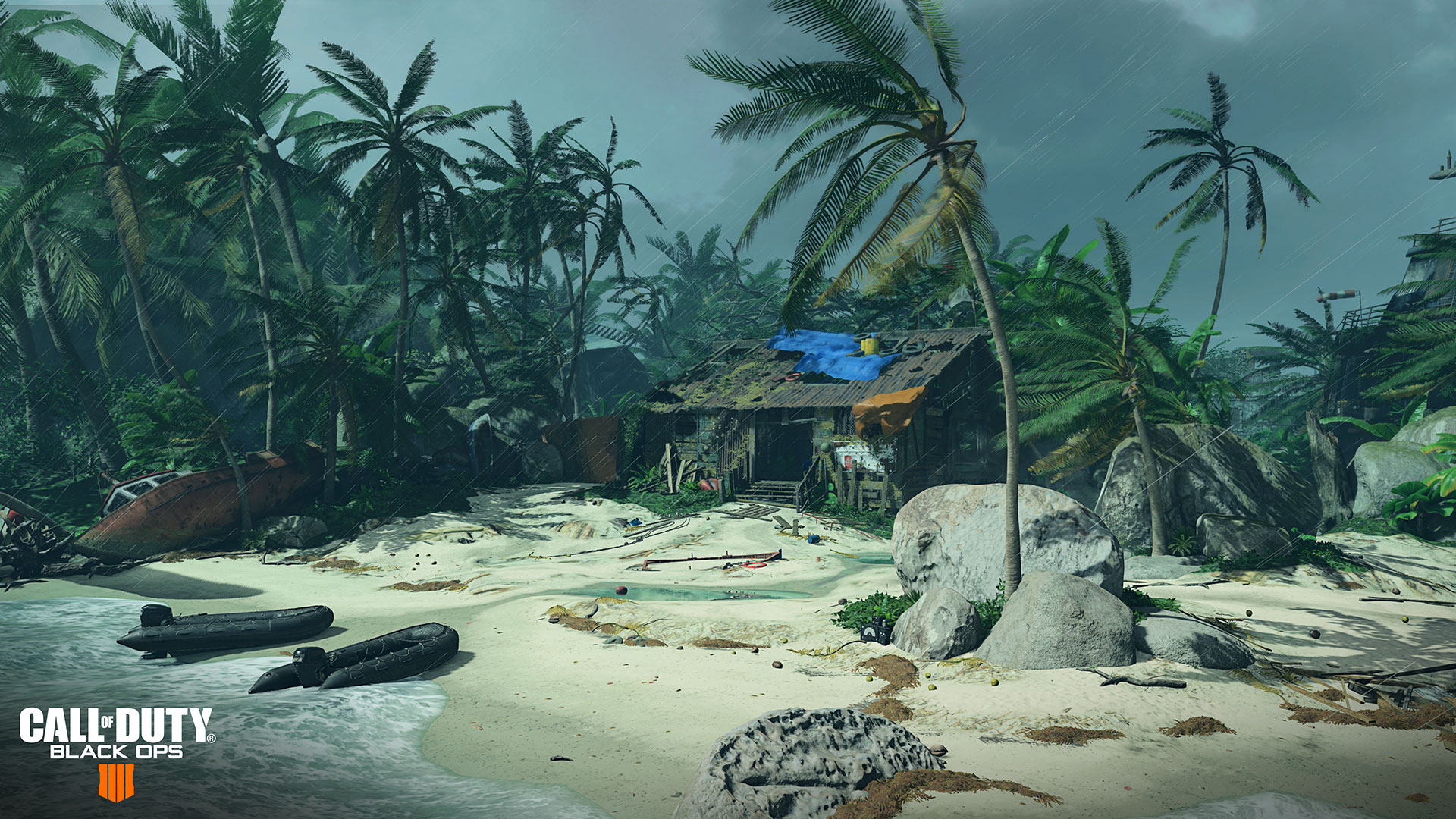 This tropical trouble in paradise offers three main thoroughfares of movement with plenty of flanking paths and a cross-map route for every playstyle.

A thick forest covers the northern path, with trees breaking up an otherwise short route between both spawns. To the south is a beach littered with shipping containers and plenty of open space. The southern path also has some high ground to the west and a small stone hut to the east, which is where snipers come to rest and hunt for prey.

Cutting through the map’s center is a bridge with a cargo container box dividing an otherwise straight walk. On either side of the bridge is a small perch with great sightlines over the mid-map.

Outside of these footpaths, Contraband’s defining feature is the waterway that cuts through the center. It is possible to swim under the bridge, as well to the northern and southern paths, by diving into the waters below.

The deep water serves as a great starting point regarding some important tips: If you find yourself in the water, be wary that climbing ladders onto a bridge will leave you exposed. Plus, while climbing a ladder you lose control of your weapon, so you have no chance to fight back.

You can exit out of the water to the northern or southern paths to avoid bridge traffic.  If you’re Ruin, you might consider using your Grapple Gun to get to the bridge and surprise the opposition with a well-placed Grav Slam.

Alternatively, should you want to go head-on into the likely cross-bridge firefights, bring your artillery of choice and be ready. You might also want to equip a long-range scope to your chosen weapon, as most often, enemies will only show a sliver of themselves while hiding behind a rock, building, or cargo.

Another important tactic involves your plan of action when re-spawning into either end of the map. It’s very common for players to get aggressive and lurk around these areas.

You can counter this by varying your exit strategies from these spawn locations — with plenty of space and routes towards all three main paths, switching up your strategies on each life will ensure that an irritating foe won’t be able to predict your movements.

Last, but certainly not least, one of the most popular (yet infrequently mentioned) places on the map is on the northern jungle path near the eastern spawn. Stay alert because this area is a lot closer to one of the main spawns than you think. 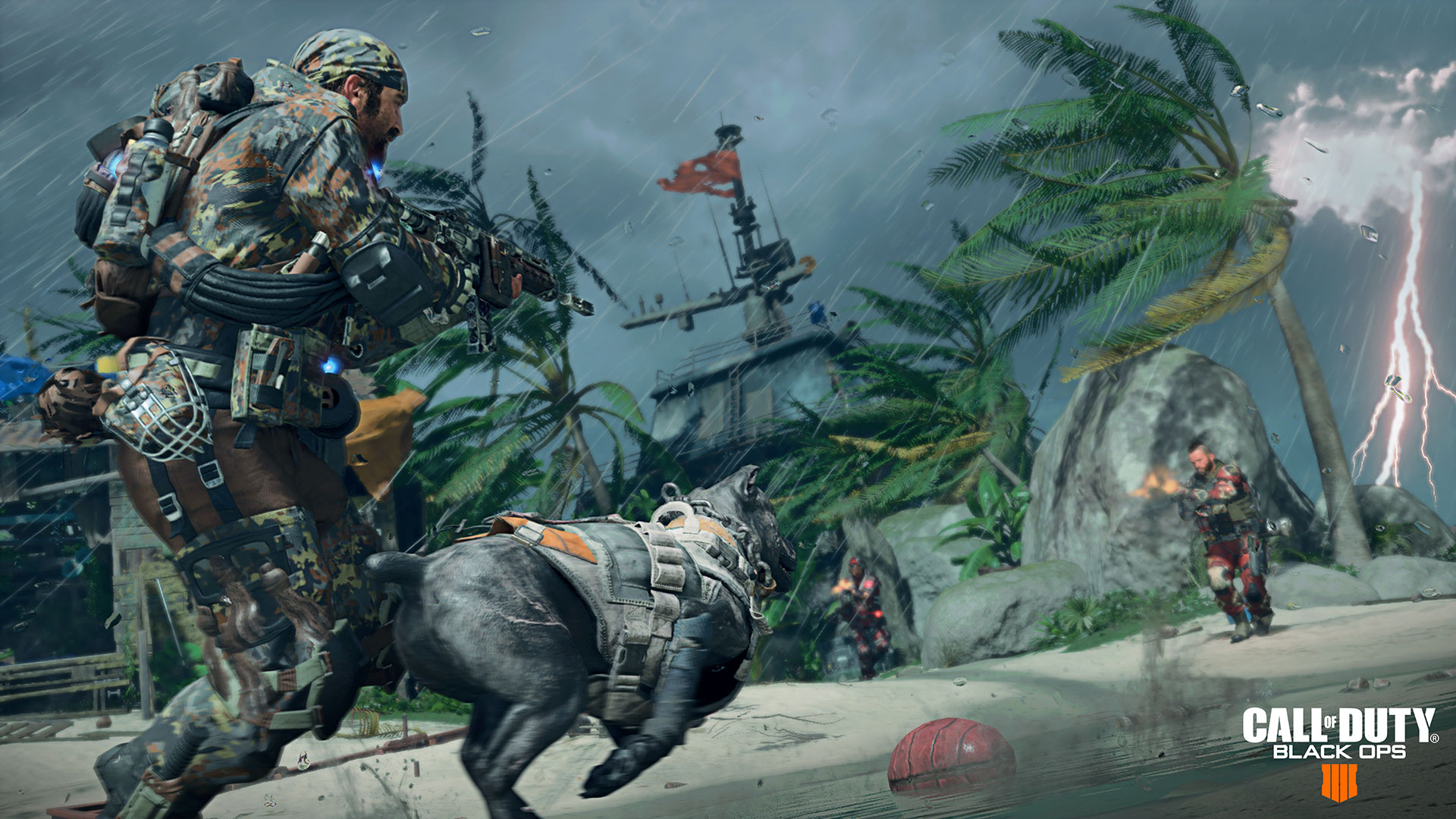 Regardless of the objective game mode, controlling the bridge area can be a key to victory. A smart strategy to aid in gaining jurisdiction over this area is to communicate with teammates.

Knowing not only where your opponents are, but also your teammates, and executing a team effort towards an assault or defense, is very difficult to do without callouts. Therefore, try to use that headset or the handy button callout alerts that can be pushed to the killfeed.

A small hut on the northern path near the western spawn is also a common location for objectives (i.e. the C Flag in Domination or B Bomb Site in Search and Destroy). Here, close-quarters play has an advantage with the trees and two small buildings around this area.

In Search and Destroy, this area is particularly popular to hide and sneak around for either team. Be cautious around this area and check both houses, plus around the trees, just to be safe when planting and defusing the bomb.

Whether you are dropping in for the first time or looking for the best strategies after your hundredth game, the ultimate tip we have for this and every map in Call of Duty: Black Ops 4, is to have fun. Brave the storm, and we’ll see you on the Contraband shore!

For a brief overview of Contraband, reacquaint yourself the overview of original version of the map: