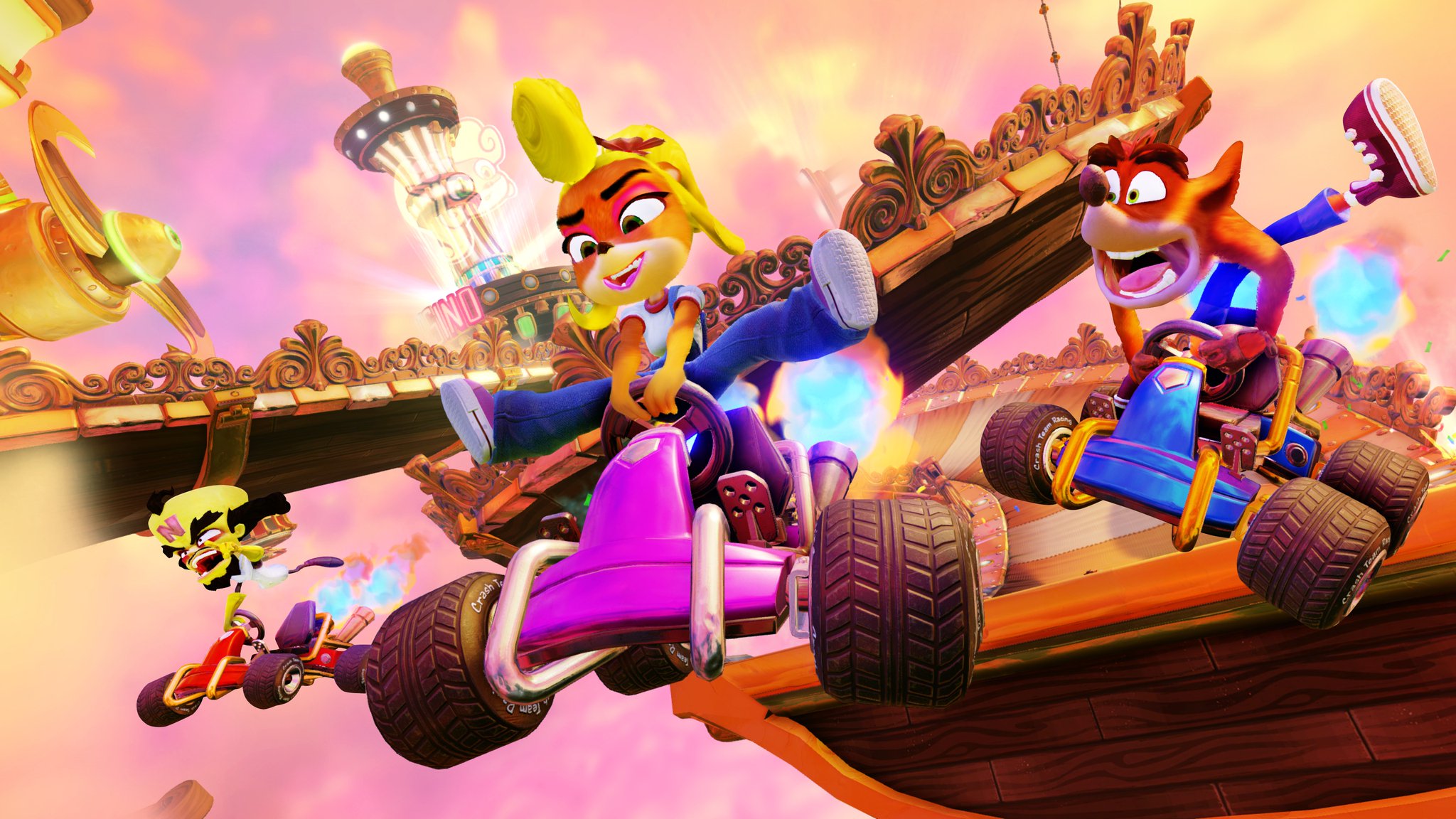 Activision at E3 2019: Crash™ Team Racing Nitro-Fueled: Here’s What You Need to Know

E3 2019 is go! Here’s all the information you need regarding Crash Team Racing Nitro-Fueled, and where to play it!

Great news for Crash Team Racing: Nitro-Fueled fans; you can catch Crash and his kart-racing rivals in the South Hall Lobby of the Los Angeles Convention Center, where E3 badge holders will be able to play the game, battle up to seven other rival players, gather swag, and get caught up in the antics, just days before the game’s June 21 launch! Don’t forget to get your action photo taken in Crash’s own kart, too!

Crash himself is going to be popping up in the South Hall throughout the day on Wednesday, June 12. Ready for some kart-riding antics: If you spot him at E3, don’t hesitate to get caught up in the chaos and post your photos with him on your preferred social media platform using the hashtag #CrashingE3.

If you can’t make it to E3, but want to know more about Crash Team Racing: Nitro-Fueled, be sure to check out the following livestreams (all times PDT)*:

Where: GameSpot at E3

Where: E3 on Twitch

We can’t wait to share more about what’s to come for Activision in the future: Be sure to check back here, as well as the following social media channels, for the latest E3 announcements, news, and surprises!

*All times and Activision personnel subject to change.