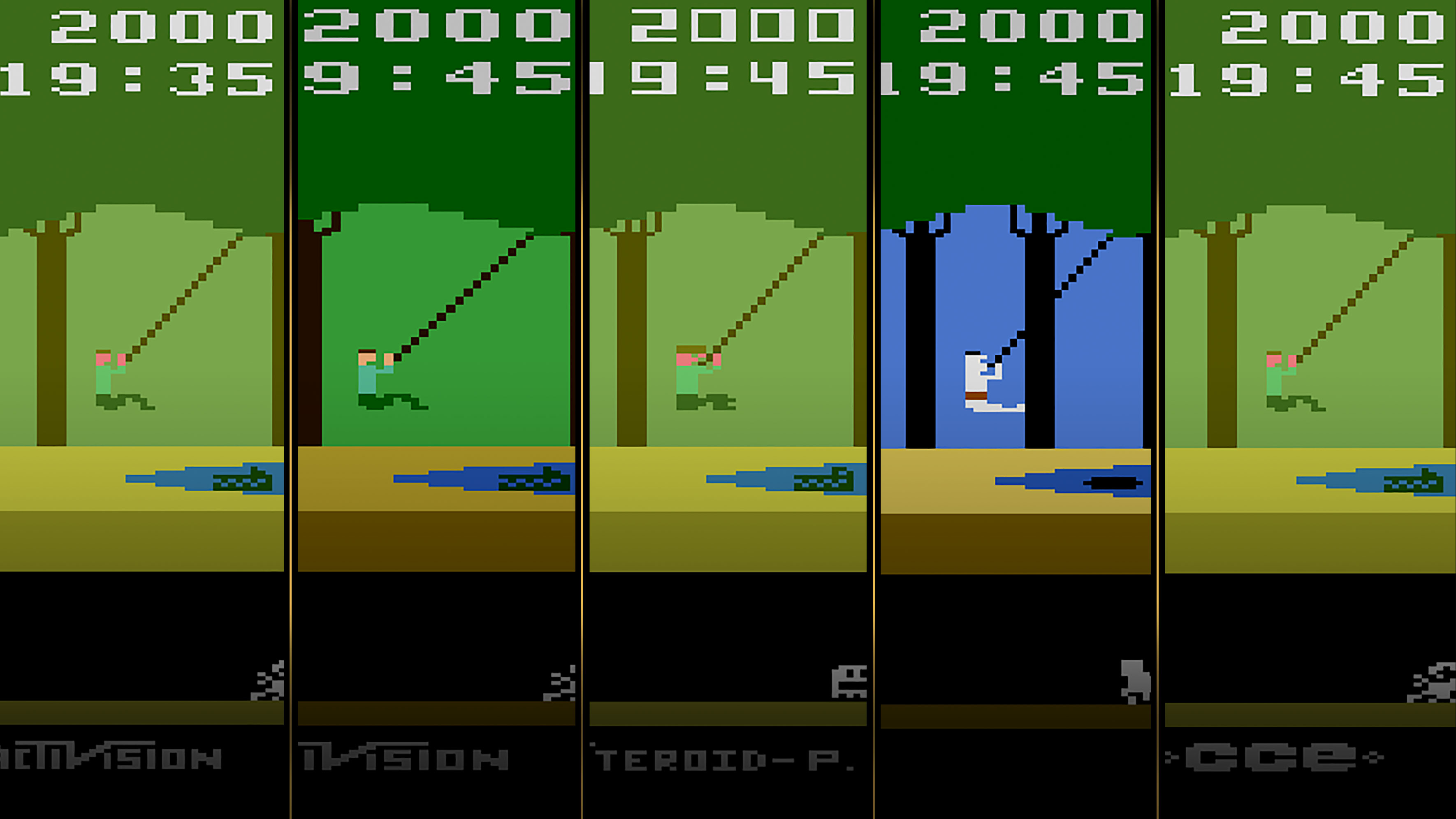 Derivation: The Many Hacks and Prototypes of Pitfall!

Pitfall! was an extremely popular game. So much so, that hacked versions and “clones” began to surface as soon as the game was released.

Recently uncovered from the Activision vault are 11 versions of the game, including some well-known hacks, but also uncovered are various prototypes. The following images showcase them all. Here’s what we dusted off from our most recent vault expedition: 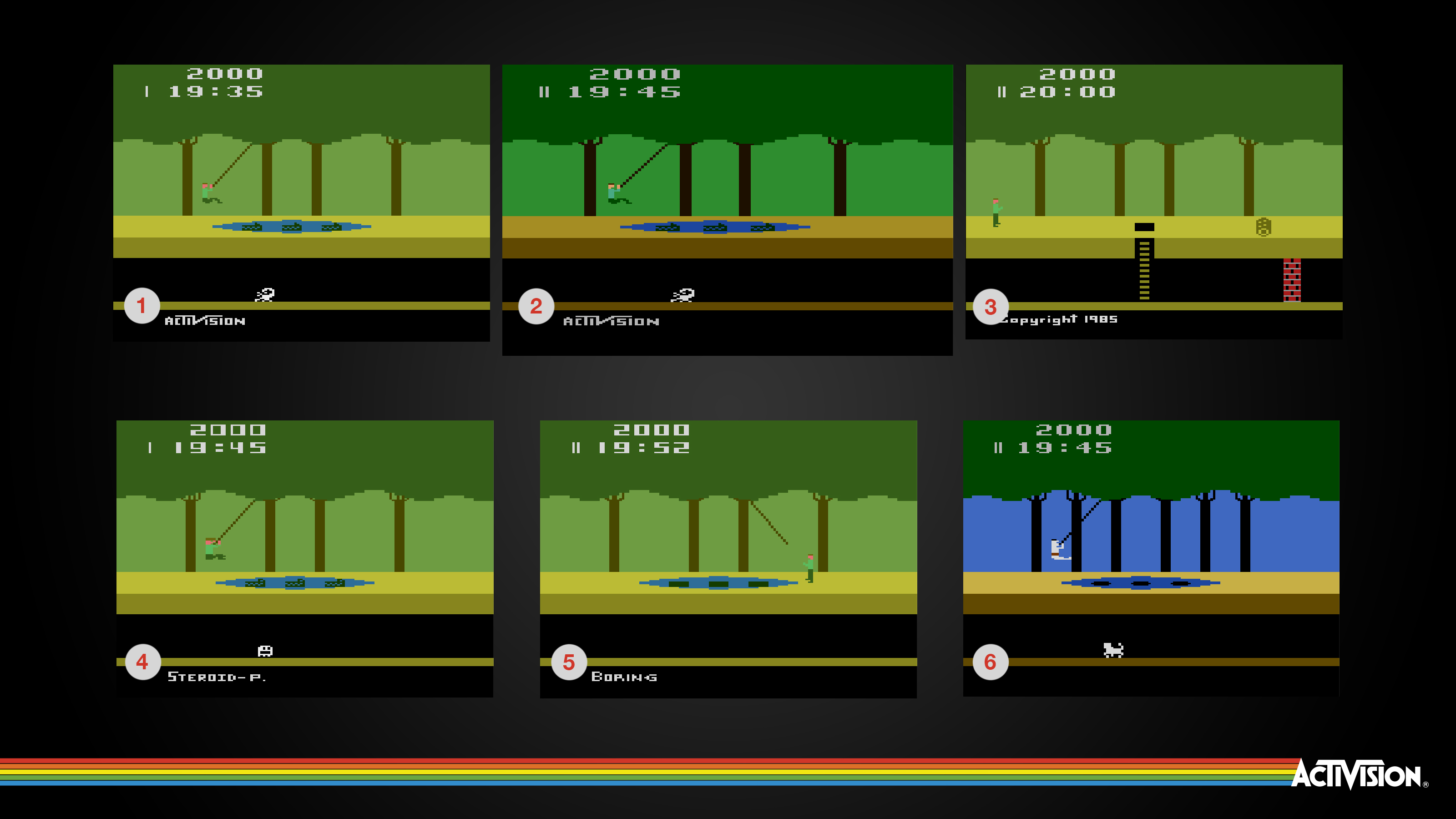 Pitfall!, in some of its forms. The number corresponds to the specific version detailed below.

2. Pitfall! (PAL): The main game from 1982, tweaked to run on PAL (Phase Alternating Line televisions in Asia, Africa, Europe, some of South America, and Oceania). Note the different coloration.

3. Pitfall! (1985 NTSC): A later, but otherwise identical version of the original game.

4. Pitfall! (Steroids Hack: HCC): A hack from 2000, with a beefier main character, scorpions instead of barrels, metal instead of brick walls, a new treasure piece, and other small changes.

5. Pitfall! (2002 “Boring Hack” NTSC): A tweaked version of the original game, with all the dangerous creatures removed, meaning pits and water is the only way to die!

6. Pitfall! (Deschungle Boy PAL, Tom Boy PAL): Two identical hacks, with a different color palette, snakes instead of barrels, and a slightly mutated main character. Gameplay-wise, aside from the poor animation, it is pretty much identical (though the crocs seem to be rocks). 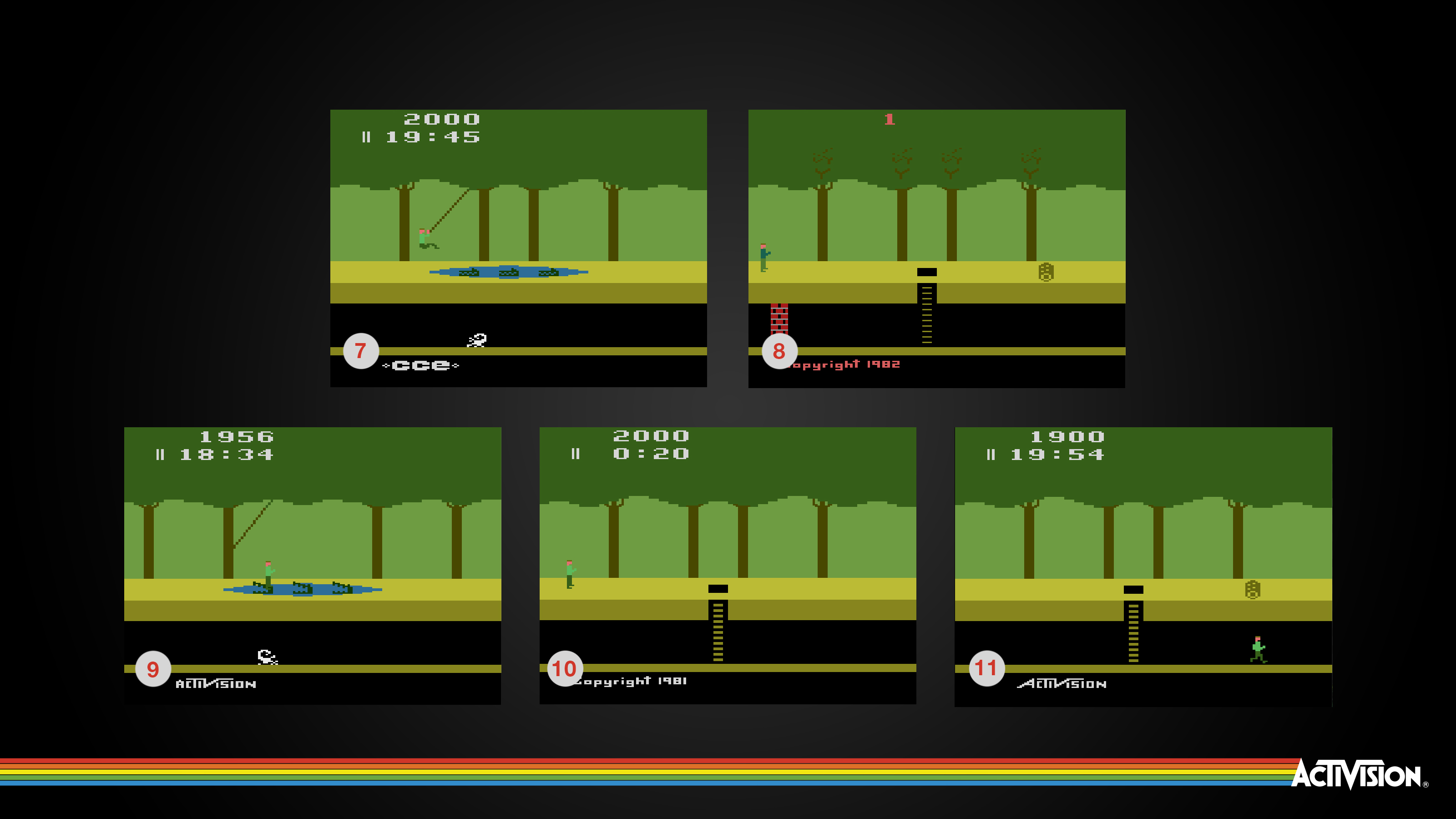 Pitfall!, in yet more of its prototypes and hacks. The number corresponds to the remaining versions detailed below.

8. Pitfall! (Prototype 1 NTSC, Prototype 6 NTSC): Both are early versions of the game, with salmon-colored “Activision” writing, a slightly-different look, and seemingly no way to move the character.

9. Pitfall! (Prototype 2 NTSC): An identical version of the game, but with infinite lives. When Harry succumbs to a pit, water, or creature, the life total remains at two.

10. Pitfall! (Prototype 3 NTSC): An early version of the game from 1981, with fewer enemies, and limited progression (you fall through the crocodiles in the water, making progress somewhat tricky!).

We hope you enjoyed our look inside the Activision vault. Until next time….