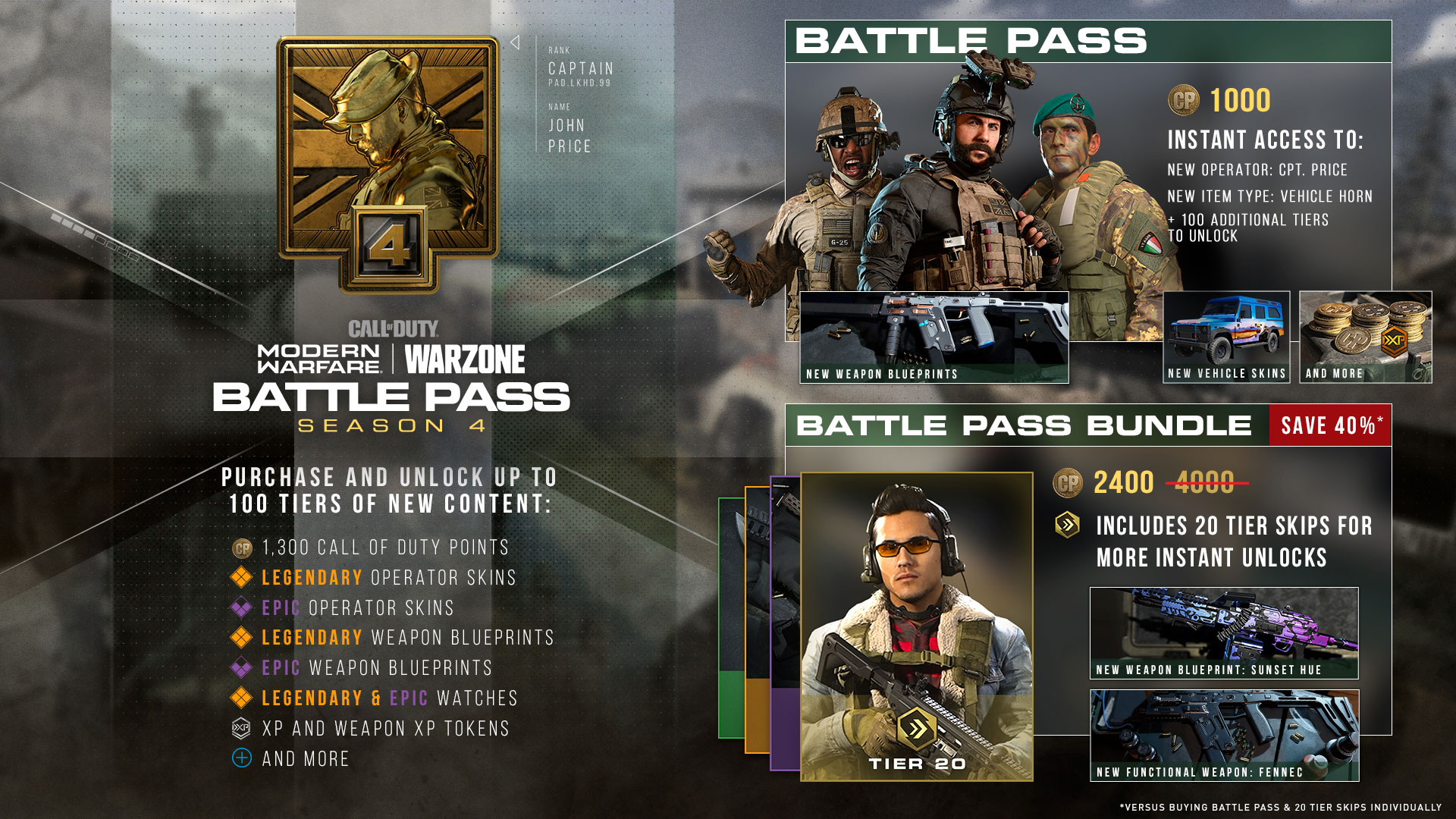 Somewhere deep in Verdansk, an unseen enemy works against the Armistice. Now that this fragile alliance is shattered, old wounds are reopened – and tensions are reaching an all-time high.

It’s Time to Call in an Expert.

With a new global war on the horizon, there’s only one elite Operator who can rebuild the Armistice’s disintegrating network and join forces against the real rising threat in Verdansk -- Task Force 141 Commander, Captain Price.

This classic Operator – and a standout hero from Modern Warfare’s Campaign – returns to the helm in Season Four’s fully restocked Battle Pass. All players who purchase the Battle Pass will instantly unlock Captain Price as a playable Operator. And from there, the rewards just get better and better! 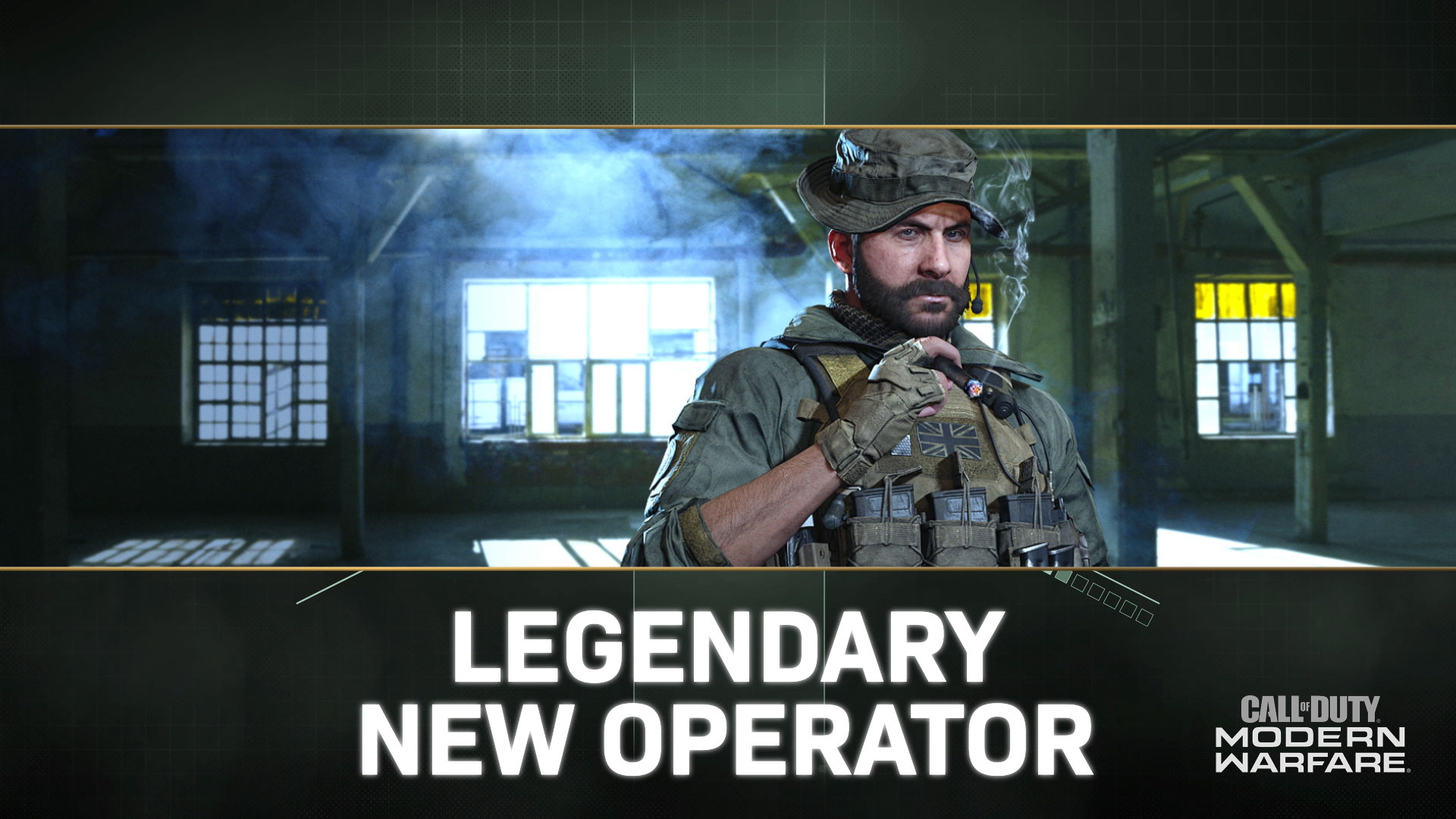 -       Price Operator: As soon as you purchase the Battle Pass, you’ll unlock Price as a playable Operator for Multiplayer, Special Ops, and Warzone. He comes with an Operator skin, ‘The Captain’ and more goods are unlocked by completing his Operator Mission: ‘Midlands’ and ‘Premier’ skins, a calling card, and voice quip.

-       Battle Horn: Road rage is no problem in Warzone. But why shout “Move!” on the comms when you have a rowdy noisemaker like the ‘Ride of the Valkyries’ battle horn.  Equip it to your favorite vehicle for an aggressive musical blast that you can activate from the driver’s seat.

-       Seasonal 10% XP Boost: You read that right. All players who own Battle Pass automatically activate an XP boost that provides 10% bonus XP, all Season long.

These instant unlocks are a great set of rewards to start off Season Four. But, there’s so much more to discover across 100 tiers of content.

Keep reading to see all the Season Four goods like FREE weapons, blueprints, and customizations that can be unlocked just by playing the game! 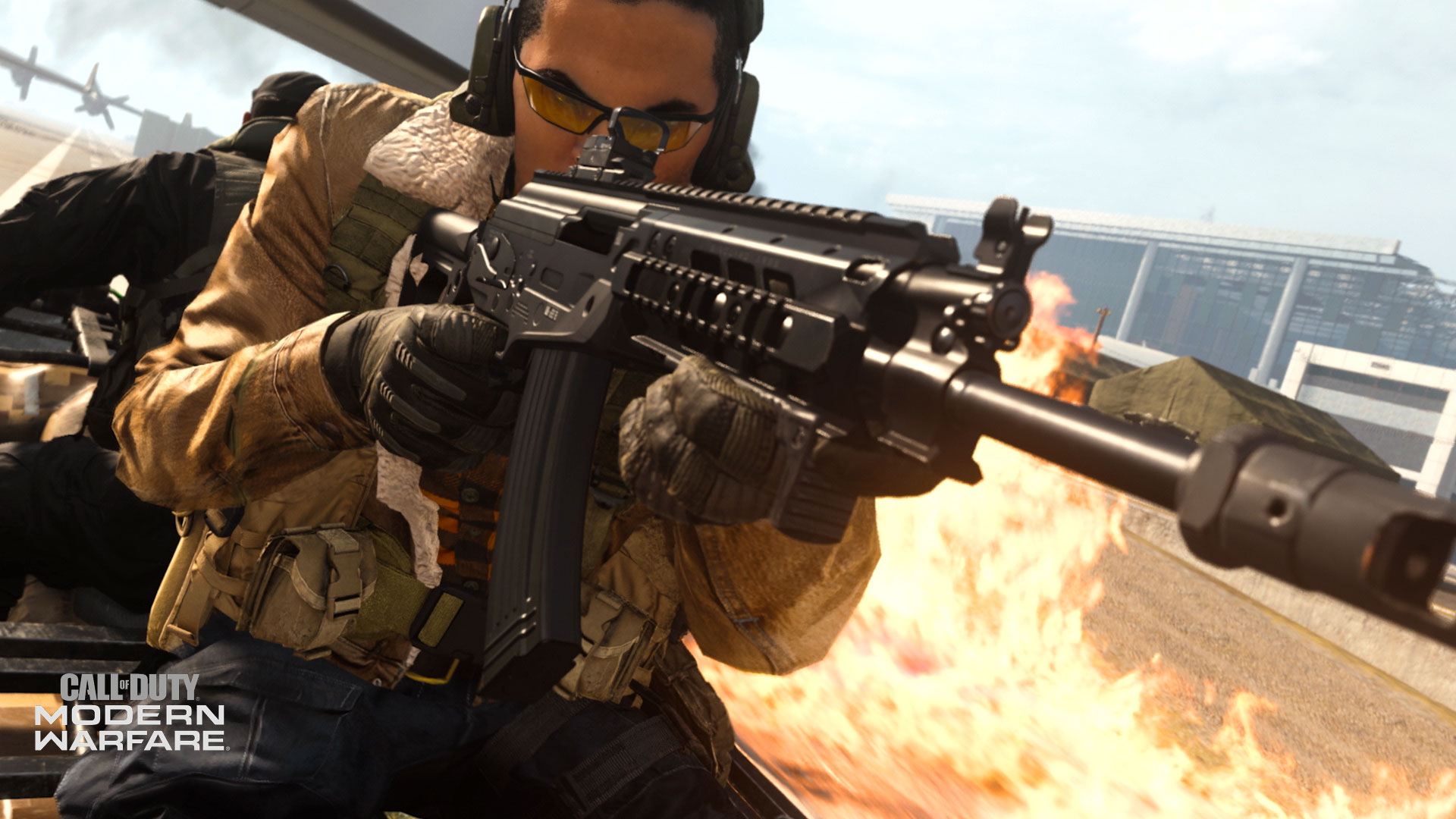 Two New, FREE Base Weapons
Earn new base weapons for two fan-favorite weapon classes, both free to unlock and use!

‘Fennec’ SMG: Tier 15 – With its blazing fast fire rate, the Fennec still maintains a smooth recoil to help successive shots stay on target. Run ‘n gunners are sure to have a blast with this quick-firing SMG.

‘CR-56 AMAX’ AR: Tier 31 – The latest assault rifle is lightweight, powerful, and fully automatic; the CR-56 AMAX may be your new favorite weapon. Deadly at mid-range combat, and with a variety of configuration options in Gunsmith, kit it out to fit your playstyle in Multiplayer and Warzone. 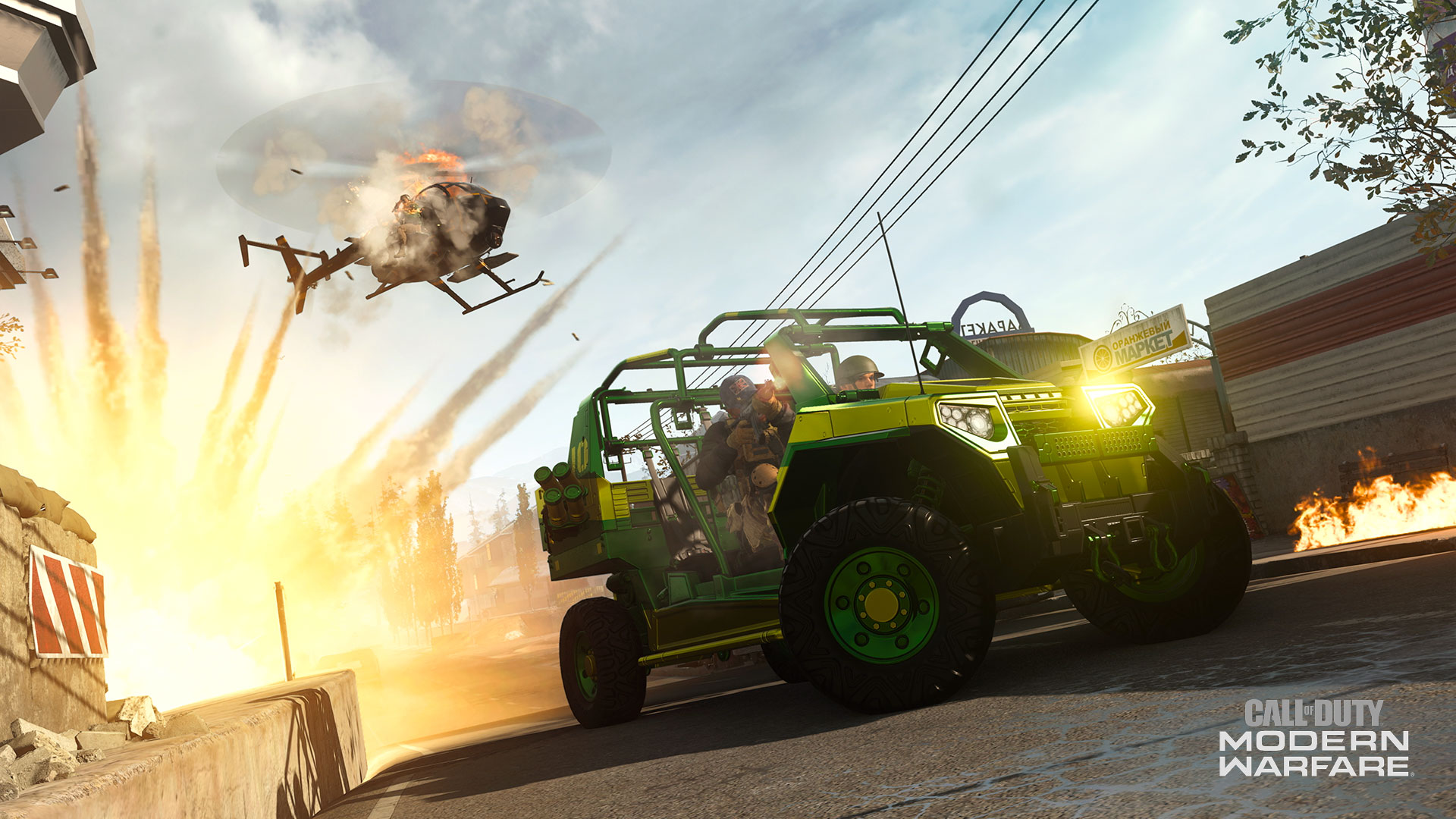 The Battle Pass also packs in next-level vehicle skins for your ATVs, SUVs, Cargo Trucks and Helicopters. See what sweet new vehicle skins are available to unlock in Season Four:

‘Ambush Alley’ Vehicle Skin: Tier 26 – Staking out the Verdansk airport, or need to keep a low profile on the prowl? Equip the ‘Ambush Alley’ to disguise your ride with this sandy-colored camouflage: perfect for launching surprise attacks.

FREE ‘Eagle Rock’ Skin: Tier 39 – Deck out your ride with an old school desertscape, complete with a bald eagle and a sunset motif.

‘From the Ashes’ Vehicle Skin: Tier 75 – Unlock it if it’s hot! (It is hot). Equip ‘From the Ashes’, and this fiery vehicle skin will give the impression that your ride has burst into flames – yet you’re still in control.

The Season Four Battle Pass includes unique skins to show some personality with stylish new looks for some of the Coalition and Allegiance fighters.

‘Counter Point’ Azur Skin: Tier 40 – Even the heaviest sandstorm is no match for Azur the arms dealer. This tactical getup is suited to keep the wind at his back and the sands from his eyes. Unlock the mysterious ‘Counter Point’ Skin then complete the Operator Mission to also unlock the ‘Karakoram’ and ‘Black Bursar’ Operator skins, a voice quip, and calling card.

PLUS, don’t forget your Watch. The Season Four Battle Pass system is packed with unique watches for any Operator, like the FREE ‘Mini Map’ (Tier 34), the dashboard themed ‘Redline’ (Tier 62) or the extremely analog ‘Sortie’ (Tier 93). 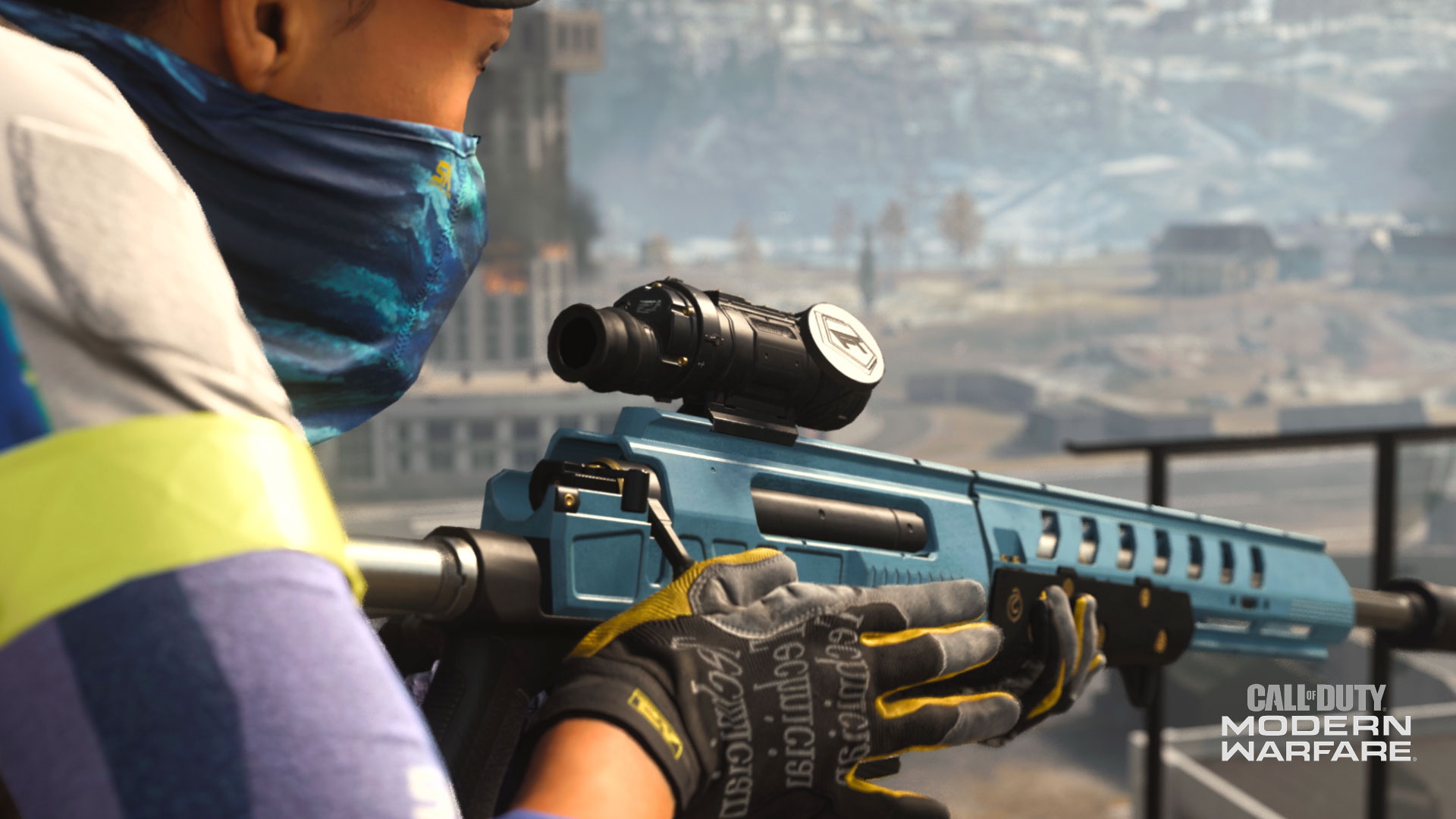 The Season Four Battle Pass system offers versatile blueprints to handle engagements in both Multiplayer and Warzone. Discover new ways and strengths to handle business in battle with each blueprint. And, with Gunsmith Customs now live – which offers the ability to mix and match blueprint attachments within weapon classes – there’s no better time to unlock all the Season Four weapon blueprints you can!

Below, we listed just a few blueprints from the incredible, varied arsenal of weaponry that’s available in the Battle Pass system.

FREE ‘Brookside’ Sniper Blueprint: Tier 81 – An ice cool blue for snipers who are calm under pressure, the ‘Brookside’ blueprint is a precise and deadly tool. And, it’s available for FREE at Tier 81.

PLUS, a Fire LMG Blueprint! 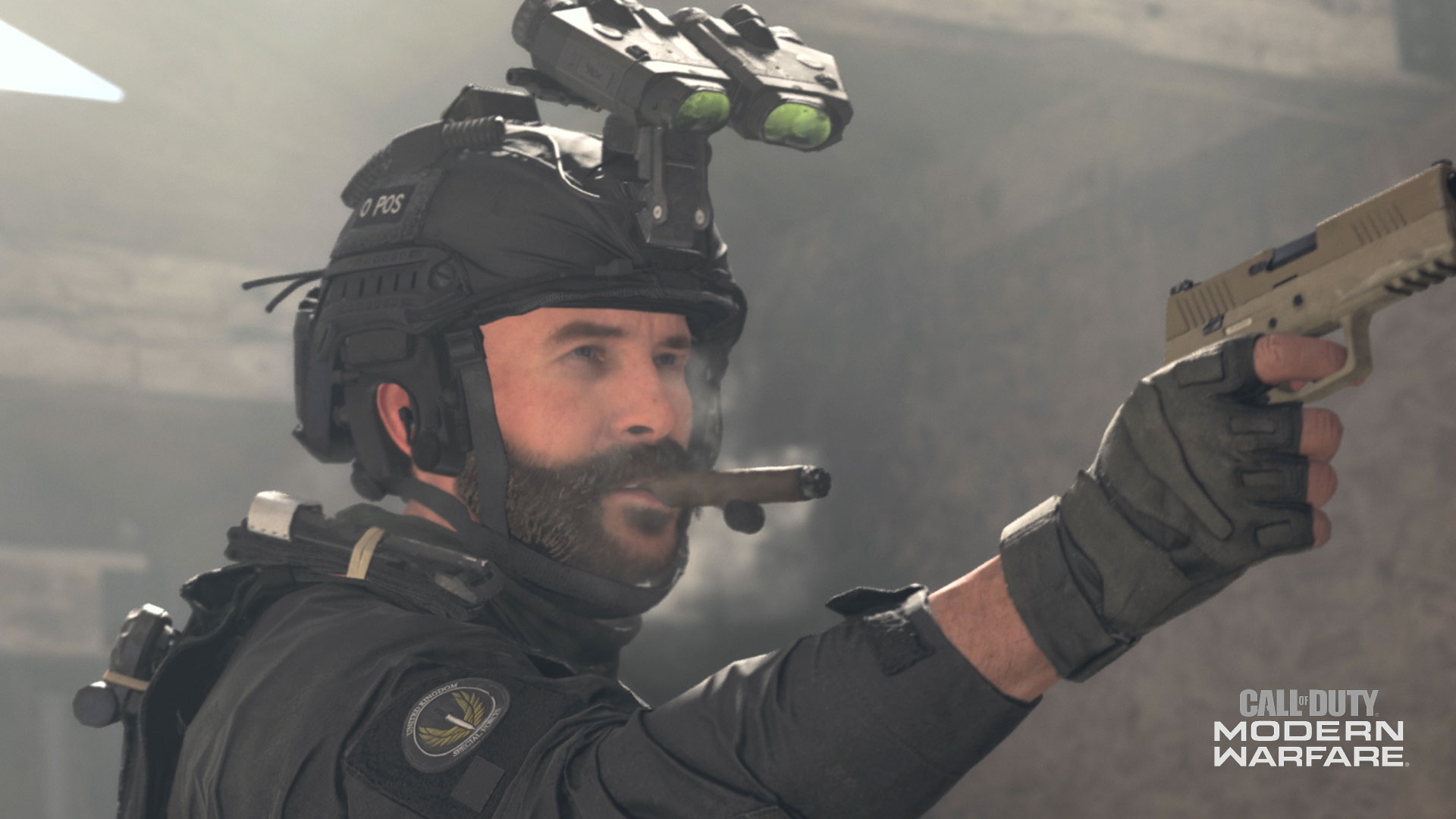 -       ‘Emissary’ Assault Rifle Blueprint: This dusky assault rifle is complete with gold detailing on the barrel, for a well-hidden weapon with just a touch of shine.

-       ‘The Green Monster’ Vehicle Skin: This sleek, clover-colored vehicle skin is sure to inspire envy in Special Ops & Warzone. Equip it whenever you’re feeling lucky.

-       ‘Season Four’ Emblem: Bearing a bust of Captain Price, this Season Four emblem can only be found at Tier 100 of the Battle Pass. When you finish the Battle Pass, equip this emblem! It tells foes that your mind is always on the grind.

Now, Get Your Battle Pass …

To access all Battle Pass tiers and unlock over 100 rewards – like Operator Missions, identity items, XP Tokens, and more – pick up the Battle Pass today for 1000CP.

The more you play in Season Four, the more you unlock – including and up to 1300 Call of Duty points.

Or, you can choose to pick up the Battle Pass Bundle, which includes 20 tier skips! Instantly unlock items like the Fennec SMG, ‘Sunset Hue’ LMG blueprint, and ‘Wind River’ Talon skin.

The new Battle Pass is only live while Season Four lasts – and, it won’t last forever. So, stick with the pack and play your way to next-level gear, available for a limited time.