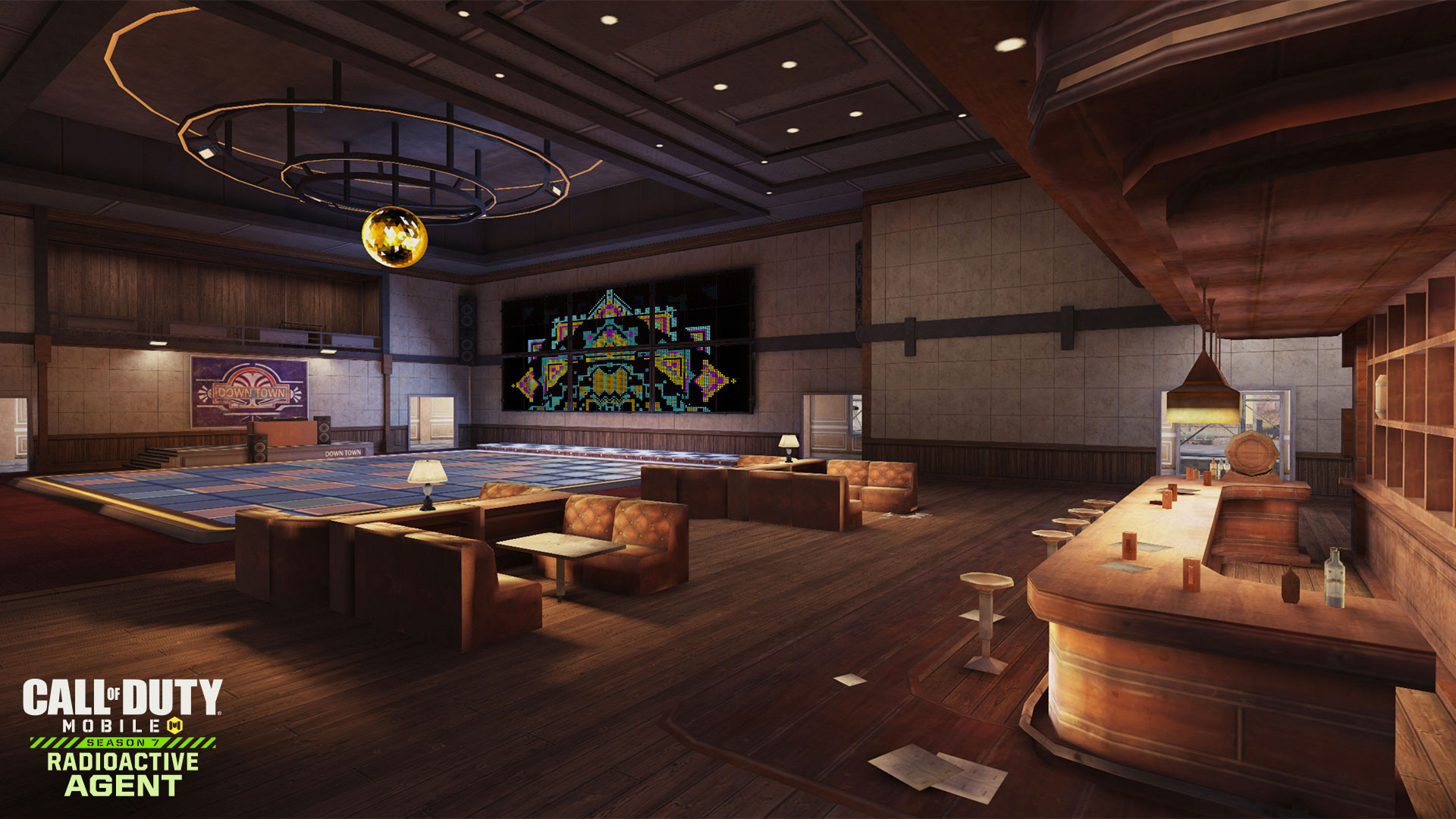 Isolated just expanded its territory to the frigid North; from Downtown to Ski Town and more, read up on the new locales to explore right now in Call of Duty: Mobile.

Isolated just expanded its territory to the frigid North; from Downtown to Ski Town and more, read up on the new locales to explore right now in Call of Duty: Mobile.

If you dropped into Isolated recently, you might have noticed its major expansion to the north and elsewhere.

Season Seven – Radioactive Agent – added seven new areas to Isolated, the Battle Royale map in Call of Duty: Mobile, which fundamentally changes how we explore and engage across the coastal area. 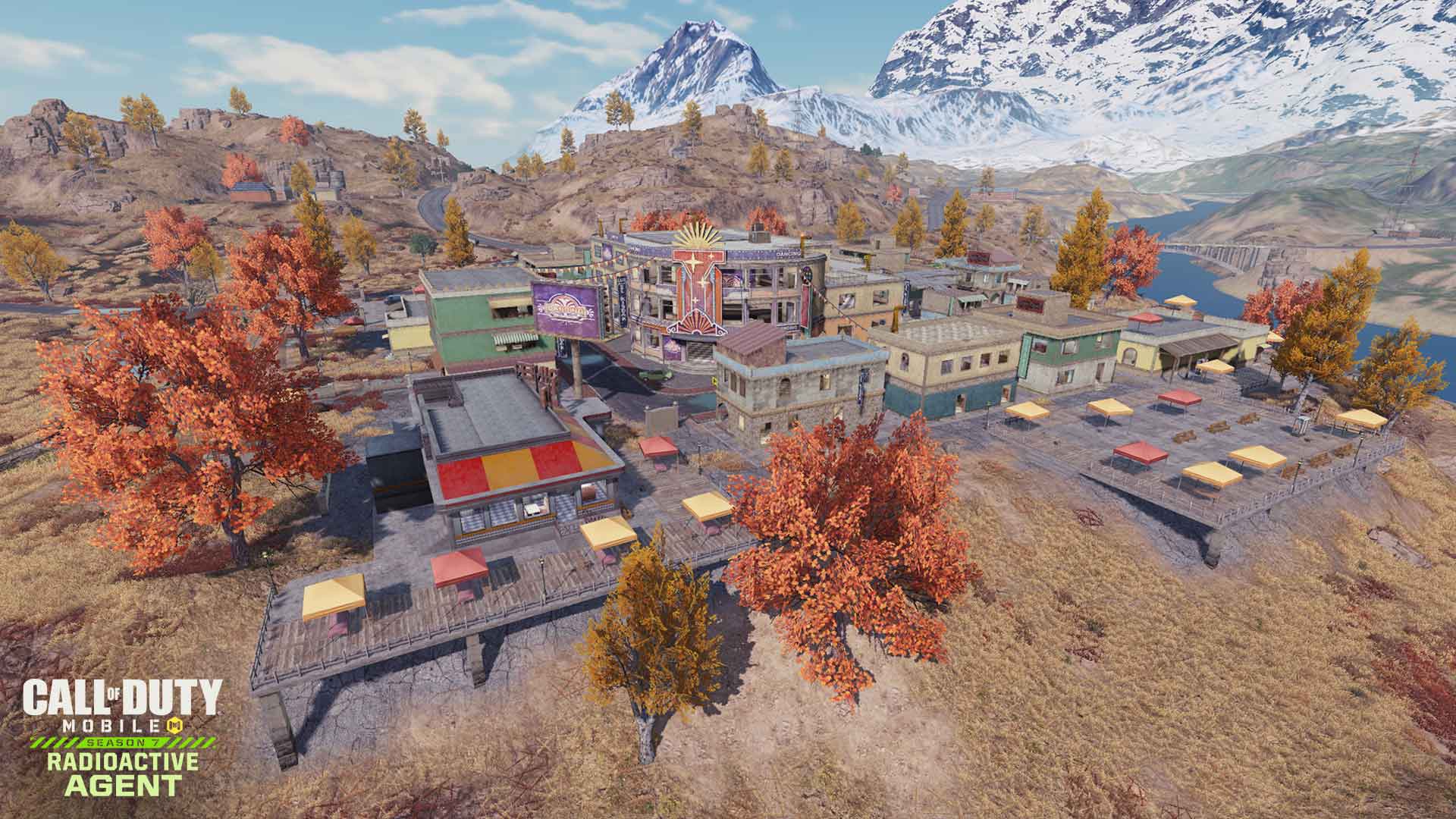 Across the estuary to the north is Isolated’s Downtown district. Here, a few small apartment complexes, shops, restaurants, and a central dance club create an intimate city-like feel in the middle of the wide open Isolated landscape.

Items are plentiful inside each of these buildings, especially ones with multiple floors to explore. These taller buildings – including the central club – also provide ample sightlines across this area and beyond.

You can access Downtown from nearly every angle: take a quick dip in the river if you are coming from the main landmass from the west, or ride along – or alongside – the roads to the north, preferably with a ground vehicle if you want to get here fast.

If you are on the island with Nuketown, or are stranded on the smaller island north of Pier, you can take a Tactical Raft straight up to the shores just outside Downtown. 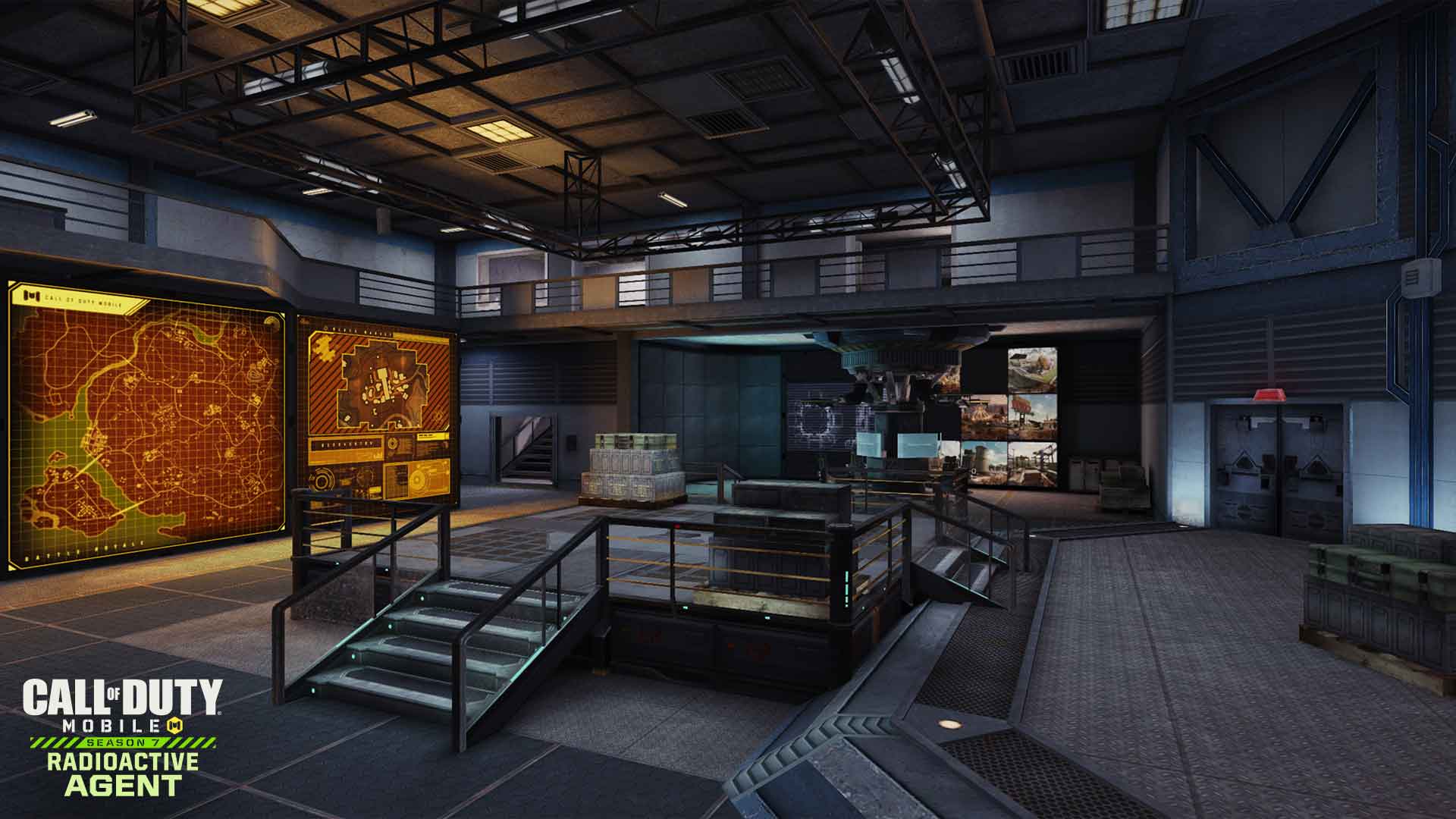 Across a bridge from Standoff, a quiet collection of homes, stalls, and massive garage holds a savory secret: it’s the Black Market, where Isolated’s seedy underbelly does its business while hiding in plain sight.

The area lives up to its reputation: here, you’ll find plenty of loot, and while the Black Market may not always get you what you want, it may provide what you need to survive in the ensuing Battle Royale.

Of note, the main garage allows for interior fighting that may not necessarily be close-quarters engagements. Usually, those in need of a set of wheels – or air superiority – could come here to request speedy delivery of vehicles in order to aid in their mission, whatever that may be.

There are also rumors that a bunker is hidden within the Black Market. According to intel, this bunker not only tracks air traffic across Isolated, but also the movement of those who dare to try and disrupt deals that go down on the surface. 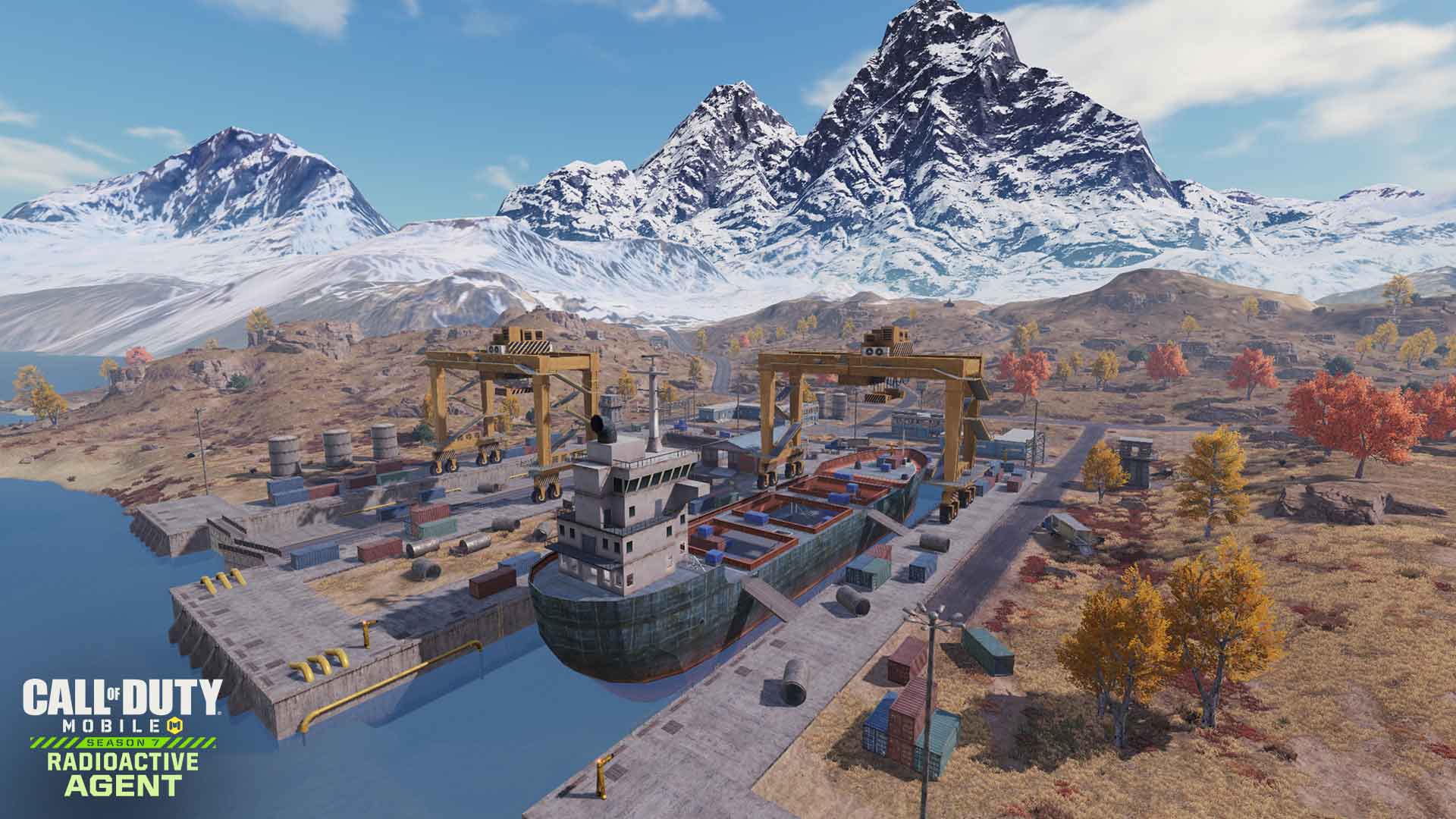 Anchored north of Downtown and northwest of Black Market, the Harbor is a port of entry and exit to freight vehicles by sea, especially if that cargo ship is in need of maintenance.

Compared to Docks, the smaller Harbor area has two stations: one solely dedicated to repair. Currently, this station contains a ship at anchor, which can be a great loot location on par with surrounding buildings. The other station, currently inactive and not flooded with water, can pivot to maintenance if there is overflow.

Note the yellow gantry cranes above these two dry docks, as they can be used to gain a great vantage point over the area.

This Harbor was not just home to legitimate shipments; Isolated recently dealt with cargo containers full of hazardous materials, and used the Harbor in an attempt to redirect these materials away from the Docks. However, not all of these materials were disposed of properly, so be cautious around any marked barrels you find. 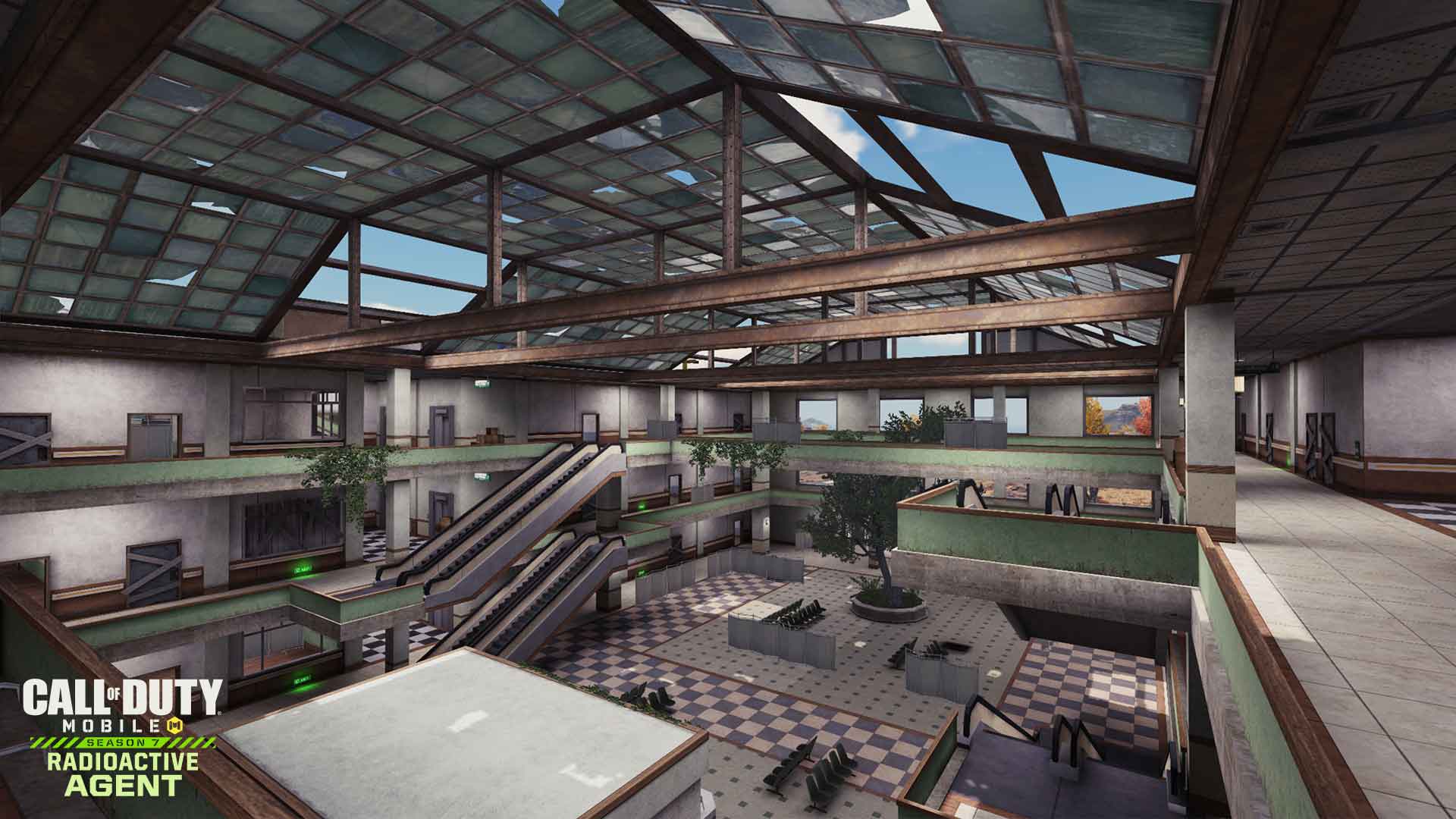 A long-abandoned medical facility for convalescent patients, the Sanitarium is a quick dip in the river due north from the Nuclear Plant, or a short trip east from the Black Market or south of the Frigid Wetlands.

Here, there is little – if any – functional medical equipment and few beds have been left. The Sanitarium has since been abandoned for years with little care taken to it.

Those who trespassed left plenty of resources within this space, as its large interior and vista from upper levels made for a great stronghold. In general, this space sets the stage for a variety of combat scenarios in and out of the main Sanitarium.

During the Battle Royale, you may find yourself taking control of the Sanitarium, or maybe checking on the buildings surrounding it for additional loadout items or protection. 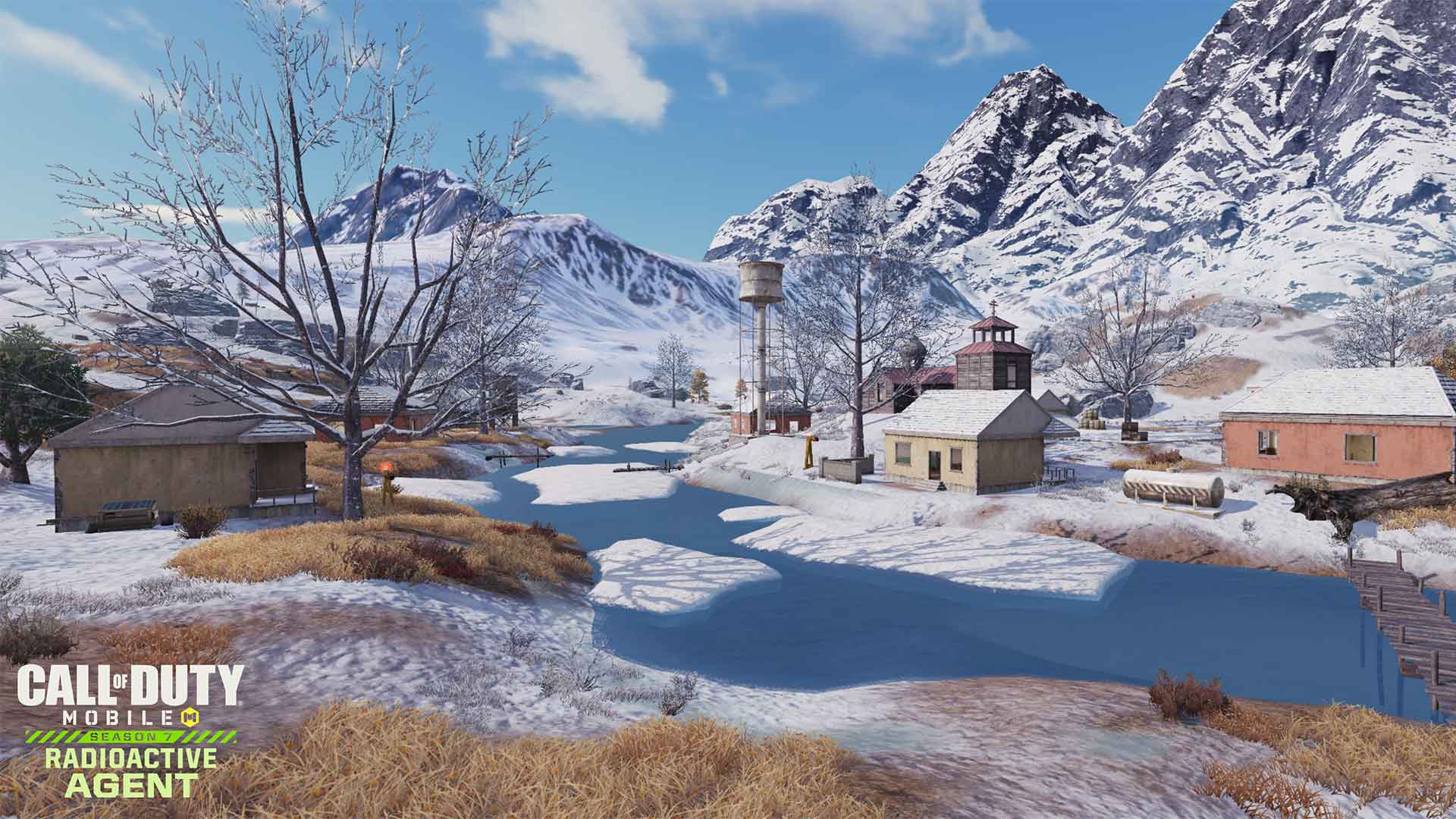 Bundle up for the Frigid Wetlands and the rest of the new areas in Isolated, because they are all at the foot of the snowy mountain range that acts as Isolated’s natural border.

The Frigid Wetlands is the most rural of the three snow-speckled communities, with little man-made elevation from the shacks and other small buildings. A natural tactical position is the area’s center, which is on a higher elevation and can partially block the vista across this small community.

However, don’t assume that the quaint and quiet nature of this town means it lacks resources: there is plenty of opportunity to find gear and items for your loadout, even if you have to search every nook and cranny for them.

Because it is far out from “civilization” – it’s currently the northmost area on Isolated, and is a good distance away from other named areas – it may take a while to travel in, around, within, and out of the Frigid Wetlands. This could translate to a slower pace of battle, but never expect this: on any given Battle Royale, any area can become a hot spot, and the Wetlands, despite its icy exterior, is no different. 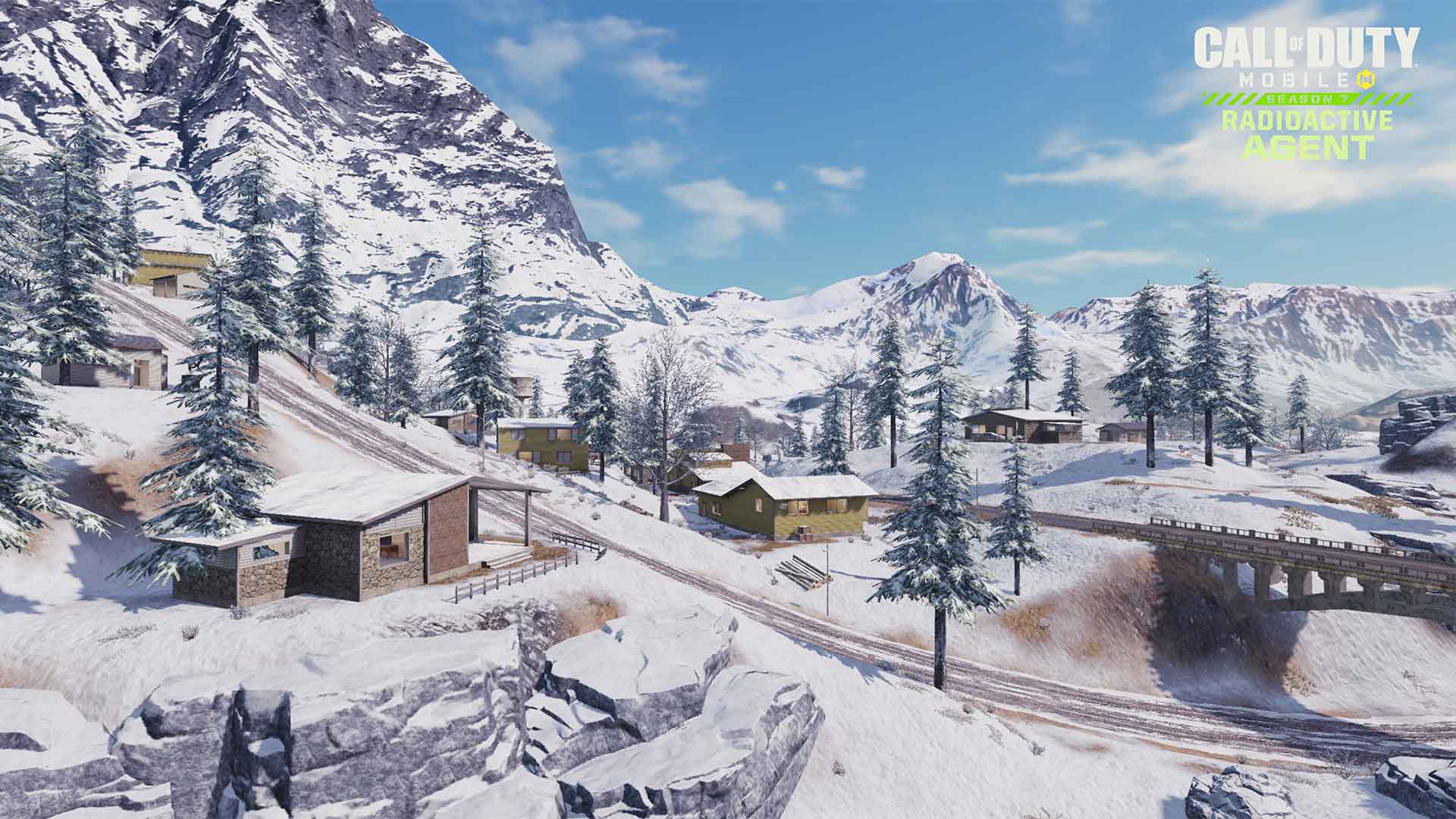 Grab your skis, sleds, and snowboards for Isolated’s premier resort for extreme winter sports. The town built around this recreation destination, which welcomes in both residents and tourists for day-trips, ski weekends, or just a life away from the hustle and bustle of Downtown.

Here, the cabins and other abodes contain resources that can help you survive in these sheer cold and snow conditions, and beyond. As you head further north into the mountains, you can take advantage of the natural elevation to gain a vantage point over the town.

Unfortunately, those who land at Isolated are here for survival, not recreation, so there aren’t any skis or snowboards to get down the mountain quicker.

If you’re looking for a faster way up and down the mountain, consider finding an abandoned vehicle here or bringing your own. With or without one, be prepared for a long trek to your next point of interest: the closest one is Overgrown or the Nuclear Plant to the south, but you can also head west to the Frigid Wetlands and Sanitarium or east to this final new destination: 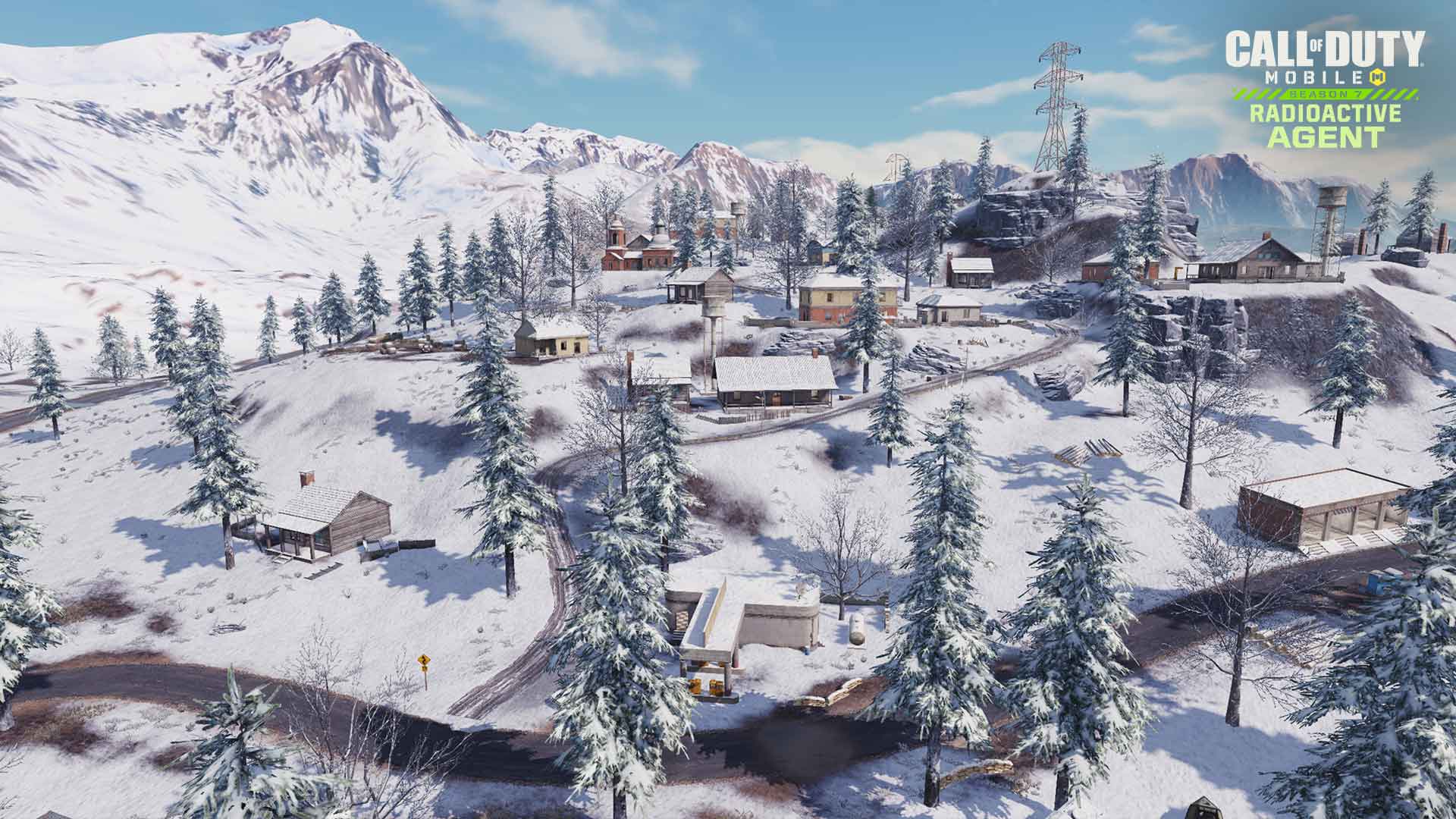 The easternmost new area is Heat, a small village that, contrary to its name, is in an extremely chilly climate.

Think of this as the snowy suburb bordered by a river and Ski town to the west, Overgrown to the southwest, and Sakura to the south. While a bit secluded, a good road trip or off-road adventure will bring you right back to Isolated’s busier sectors.

Just like its sister snowy zones, Heat is where you’ll find plenty of items for your loadout across numerous buildings, although there are more homes and multi-story complexes here than cabins or humble shacks.

The similarities don’t stop there: natural elevation exists within this mountainous region, which can be great to scope out your squad’s next move or see if any intruders are trespassing on this area.

Whether you land at these seven new areas or travel through them in your quest for survival, we’ll see you on the go, and online.