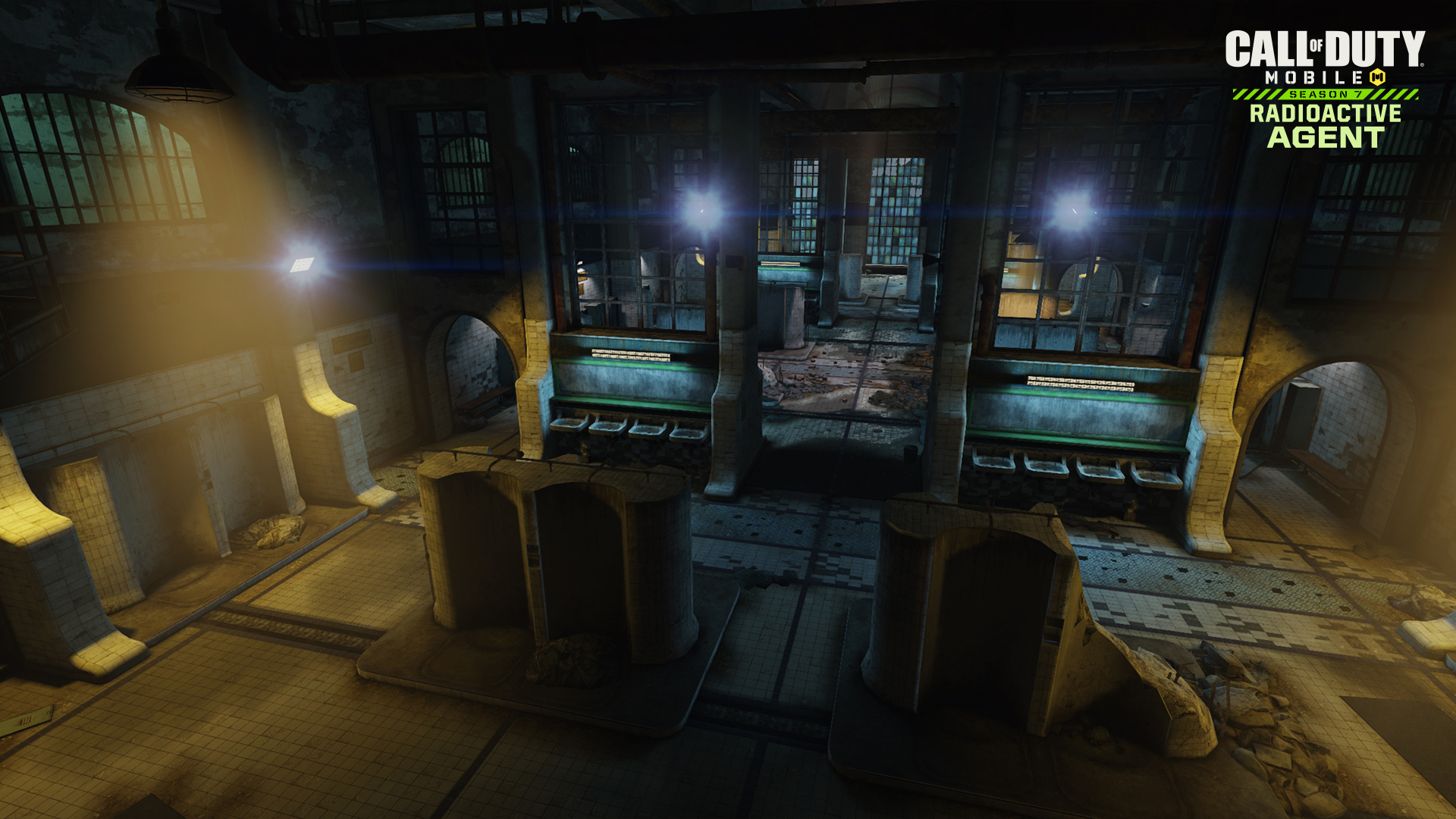 Welcome to the Gulag, soldier. Let’s hope you’re in fighting shape, because there’s only two ways out of here.

Radioactive Agent, the seventh season for Call of Duty: Mobile, presents a new limited time event: Gunfight in the Gulag. This 2v2 tactical mode takes place on the iconic Gulag from Warzone, the Battle Royale experience from the world of Modern Warfare®. In this close-quarters map, aggression and precision win the day.

Read on for tips on how to work with your teammate to outsmart and outwit the opposition. 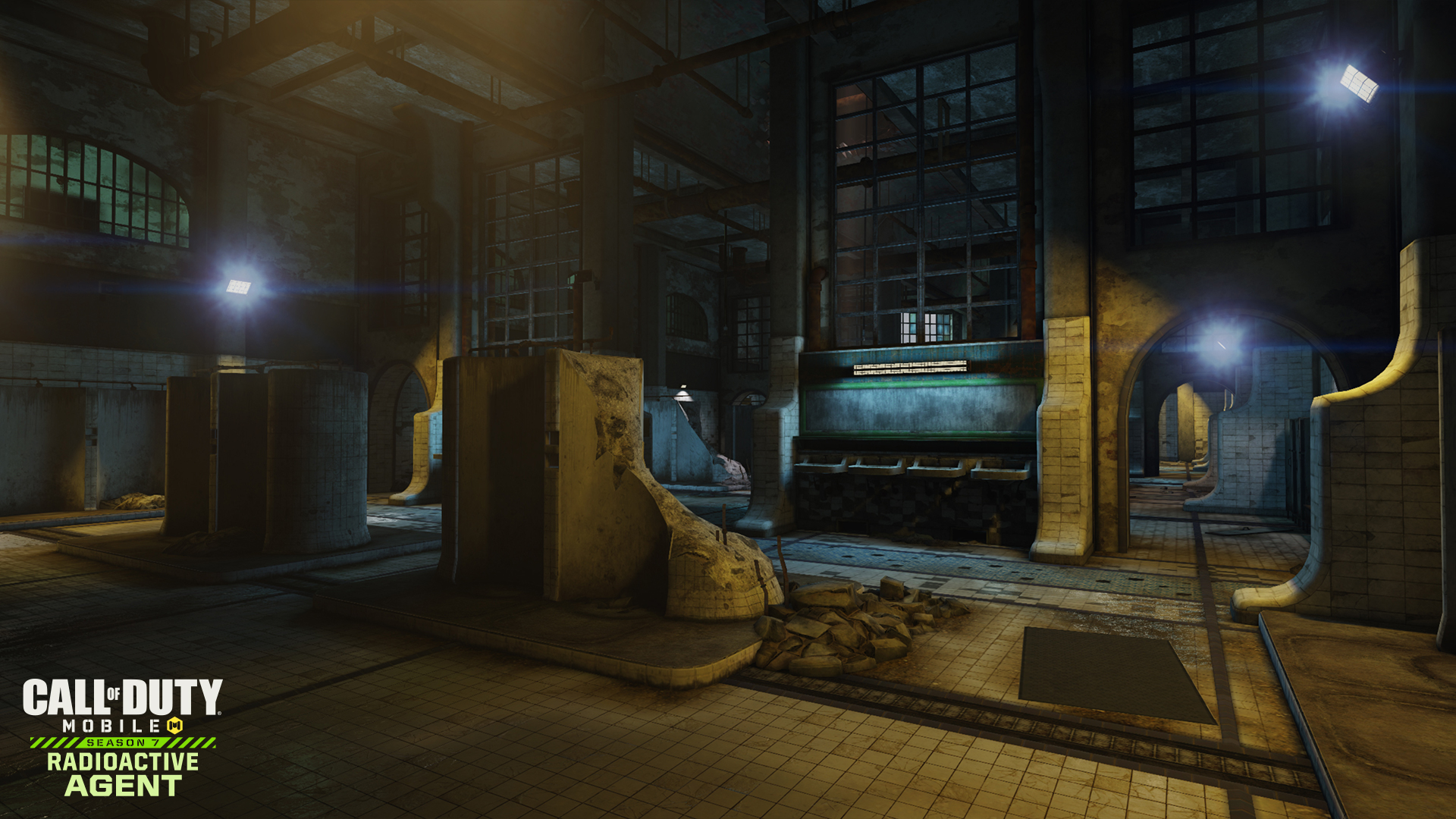 The Gulag is a small, symmetrical map featuring three primary vertical lanes that offer a clear view from one spawn to the other. Rows of sinks and shower stalls between the lanes offer cover and visual obstruction for players to weave in and out of view.

Don’t be fooled — Gulag’s straightforward design doesn’t necessarily mean that your fights will be simple as well. The sinks and shower stalls are large enough and close enough together that you can quickly lose sight of your enemies, suddenly turning every direction into a potential point of attack. 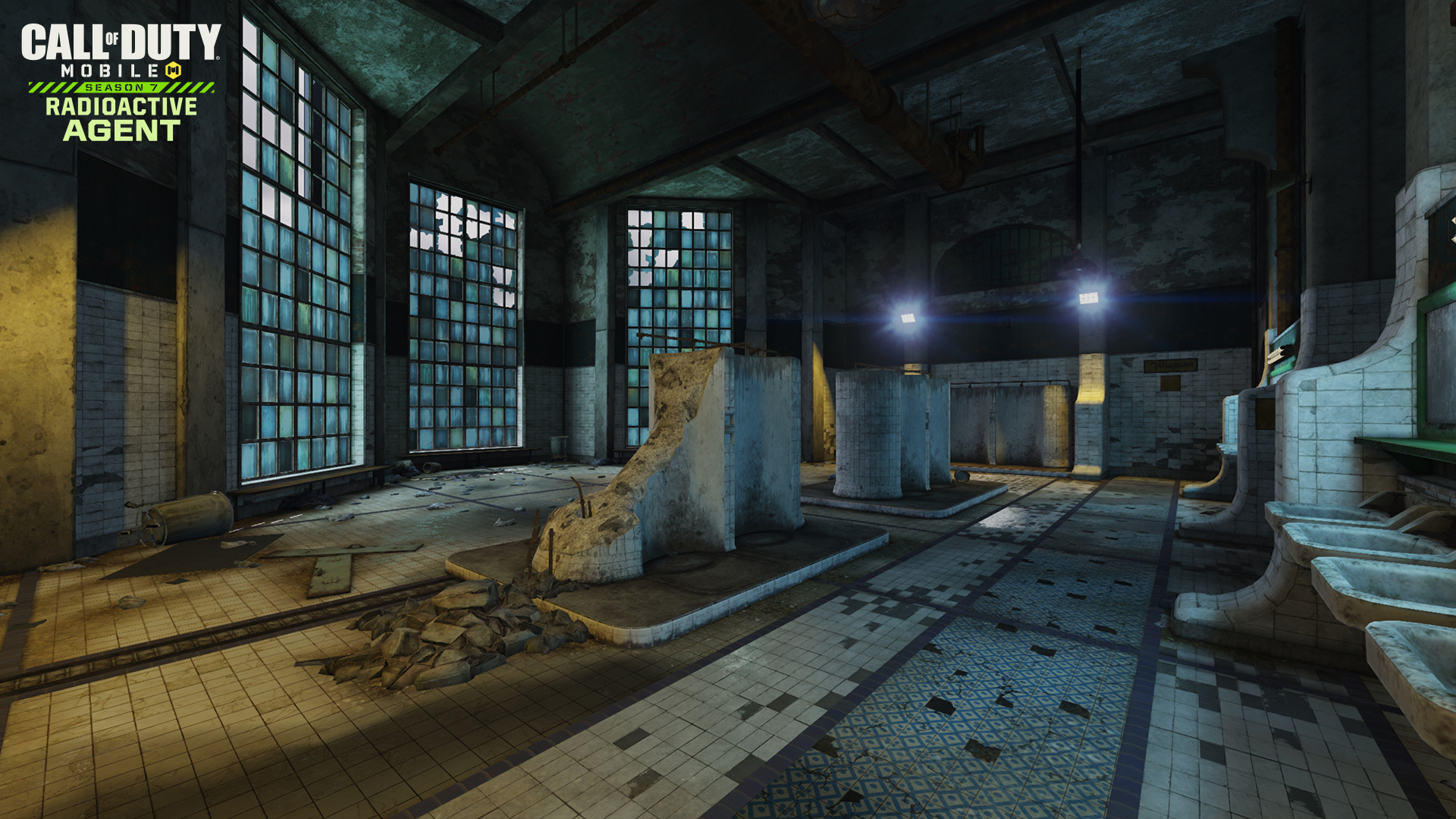 Before we go in-depth on map strategies, let’s review how Gunfight works.

It’s 2v2, so pair up with a friend or matchmake with a random player to form your team.

There are no custom loadouts in Gunfight. The game assigns the same loadout to all players, consisting of a primary and secondary weapon as well as lethal and tactical equipment. All weapon classes are on the board, from assault rifles to sniper rifles as your primary weapon to pistols and launchers as your secondary. The loadout changes every two rounds.

There are no Scorestreaks or Operator Skills in Gunfight, and there is zero health regeneration.

The first team to win six rounds wins the match. 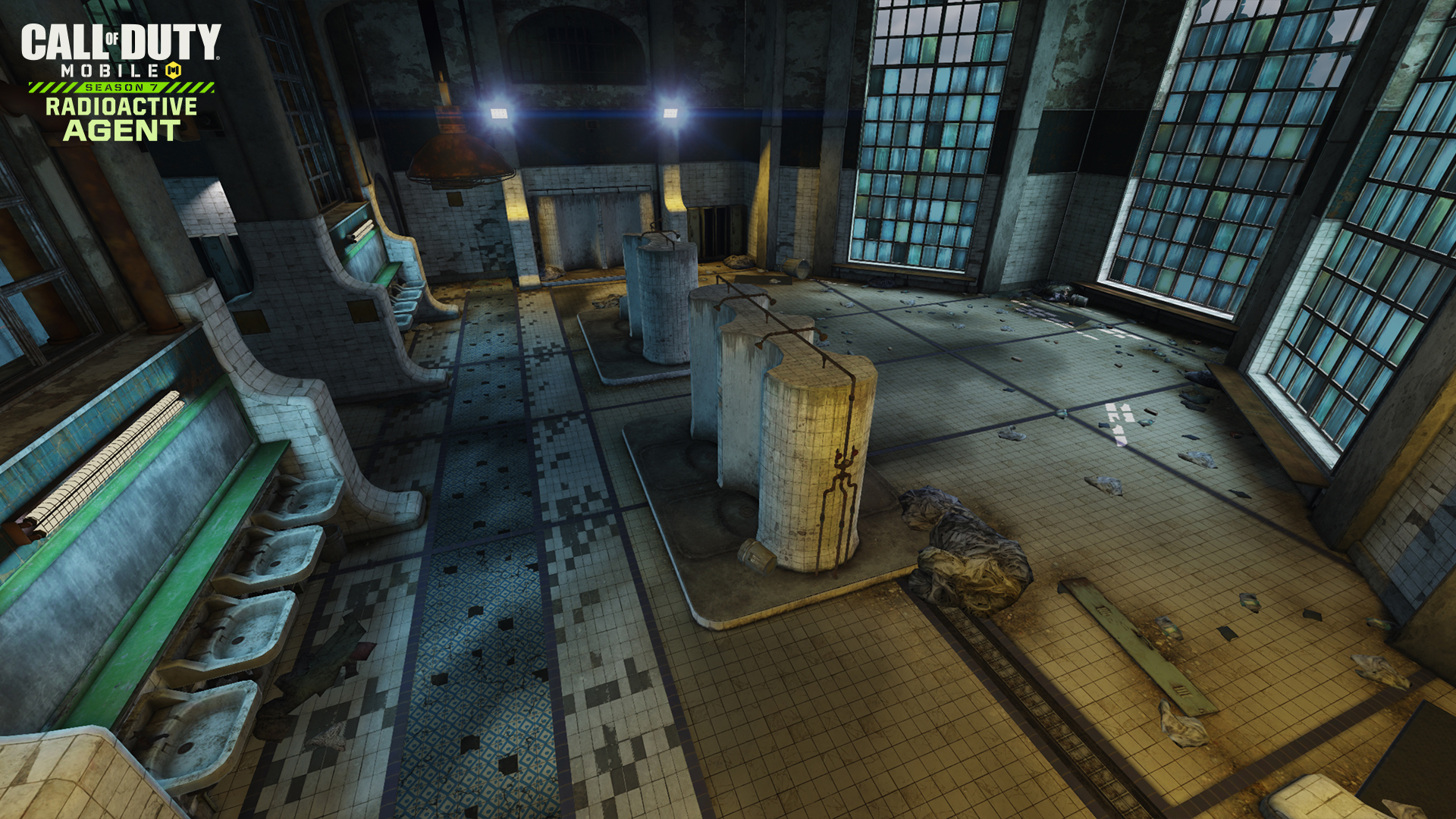 These rounds are quick, so get your trigger finger ready and play aggressively. There are two main opening strategies to consider: look straight down the center or side lanes to try and catch an enemy out in the open or take cover to hide from view in an attempt to surprise and flank the enemy.

Aim down sights if you’re checking the center or side lane; the milliseconds you save in doing so will win rounds against enemies less prepared. Or move between cover to stay out of sight, but don’t sit and wait. A still target is an easy target. Stay on the move, seek out the enemy, and keep moving when you engage them.

Use your voice comms and be quick and concise in your callouts: “middle,” “left,” “rushing,” “back spawn,” whatever gets the point across. If your teammate isn’t talking, watch for patterns in their strategy. If they’re constantly rushing forward, rush with them when you’re ahead or hold back and provide cover when you’re down. Switch up your strategies so you don’t become predictable. 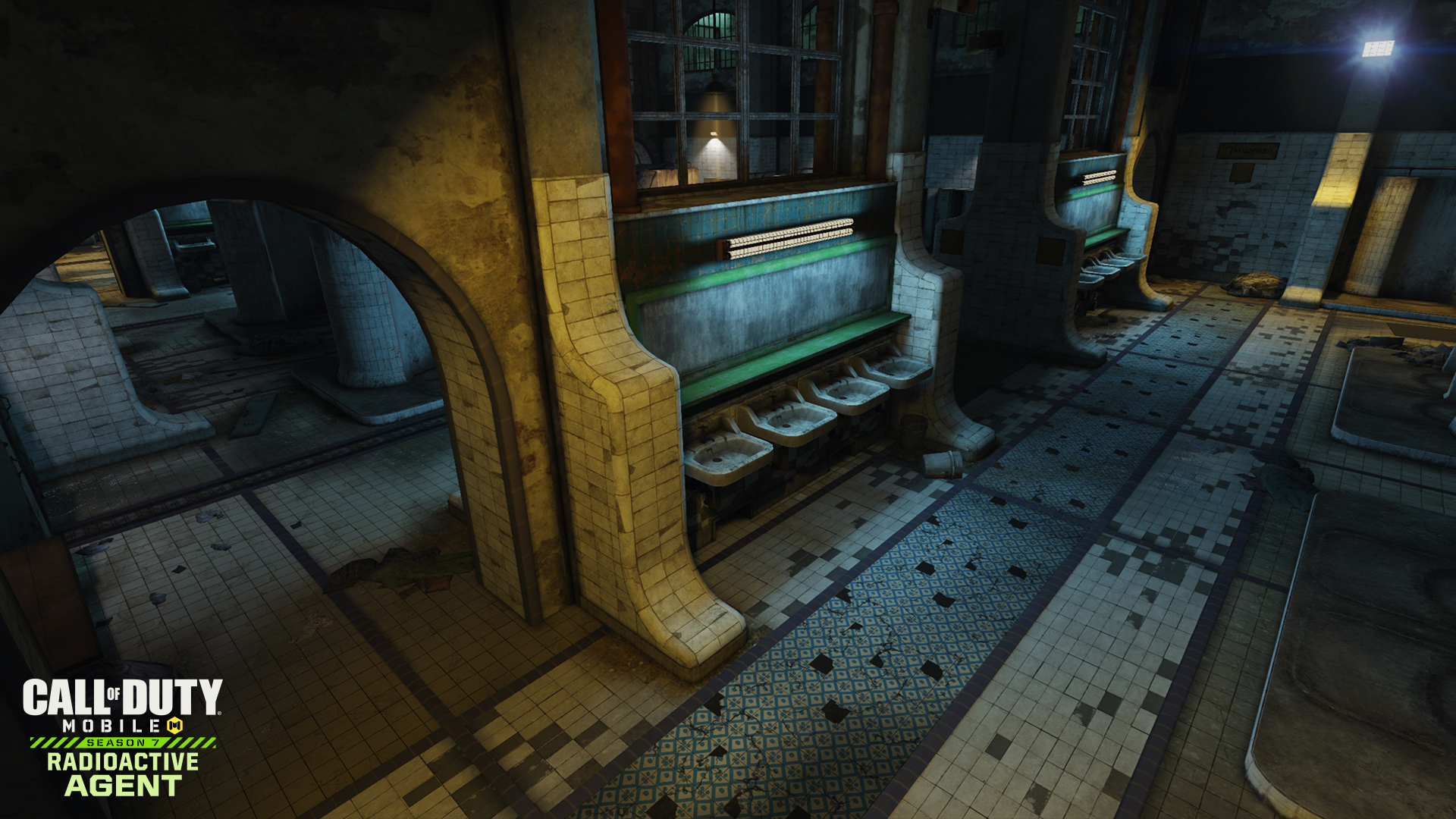 5. Use All Your Tools. When you’re handed a sniper rifle, switch to the pistol and rush forward for a close-range attack; use your smoke grenades to confuse and disorient; drop a grenade to blast a pursuing enemy. Always keep them guessing.

4. Overwatch in Overtime. Consider using the objective as bait in overtime, especially if your side has more health than the other. The enemy will be forced to take it if they want the win, and you’ll be ready to shoot when they get there.

3. Keep Your Cool. Even when you’re down several rounds, there’s always the chance of coming back for the win. Take it round by round, and don’t let yourself become frustrated. An overconfident enemy often becomes a predictable enemy. Keep your cool, counter, and knock them down a peg.

2. Resist the Reload. We’re all guilty of it, firing off a few rounds and then reloading when there’s still plenty left in the mag. Resist that temptation. Gulag is a tiny map and getting caught halfway through a reload animation puts you at a serious disadvantage. And if you really do need the ammo, consider switching to your secondary instead.

1. Make A New Friend. Communication is so important in 2v2, especially in Gulag where enemies can quickly vanish from sight. If you find a good teammate, send them a friend invite and pair up for more matches. Your win rate will shoot up and you might even make a new friend in the process.

See you in the Gulag.